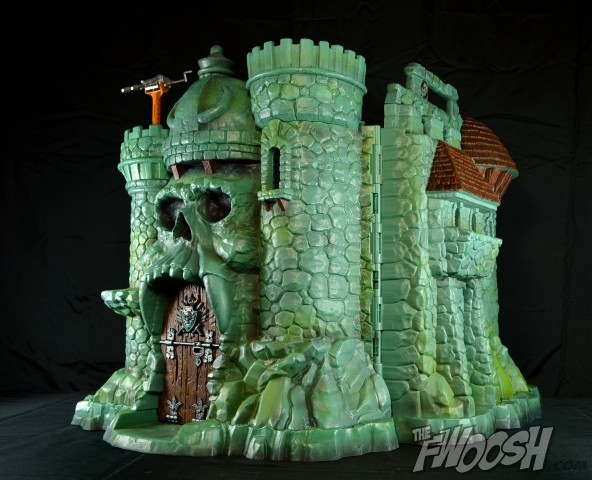 Editor’s Note: We are ringing in the new year with a series of staff picks of our favorite figures of the year. This will be running each day for the next week or so, so check back daily and let us know what you think of our picks, and share your own in the comments section!

Happy New Year! Well, what a 2013 we just had and if I say so myself, the year that was had to be one of the best toy years in recent memory. Between everything from Marvel Legends, to MOTUC to Star Wars the Black series, NECA, Transformers and on and on and on, what a year it was. So, I started thinking about this feature early on and I have to say, I changed my “Best of” figure more times this year than any of the previous years we have done this, combined. Dutch, Mantenna, Han Solo, Darth Maul, Cyclops and myriad of others climbed to the top of the ladder at one point or another, but when it finally came down to the last month of the year, my pick became a runaway favorite and there was no way I was going to go with ANYTHING other than the epic Masters of the Universe Classics CASTLE GRAYSKULL. 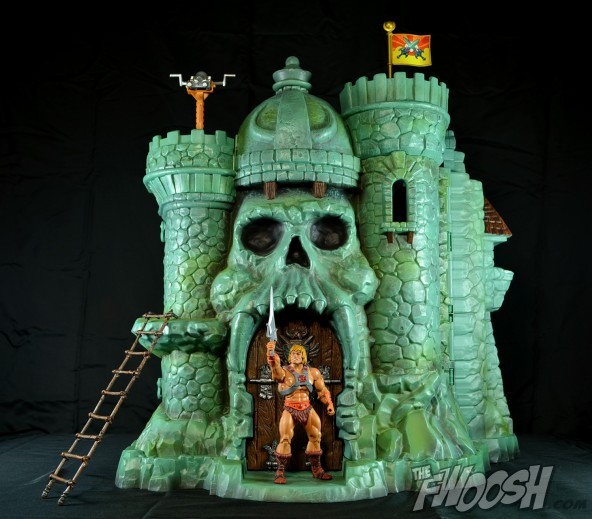 I am not sure there is a whole lot more I can say about this absolute beast of a play set that has not been said before. I was back and forth on my thoughts and feelings about this through various times of the year, the idea always made me giddy, but the online chatter could be bewildering at times and the wait just about killed me. However, once it finally arrived a few weeks ago, it shattered any non-excited feelings that may have been lingering and reaffirmed my belief that it would be something special. And it is.

This Castle is a testament to a lot of things: the strength of the MOTUC line, the superpowers of the Four Horsemen, Toy Guru’s commitment to the line (yes, he does certainly deserve credit) and most importantly, the MOTU fans’ dedication to support the Classics line and make it everything  it has become. Yes, it is my absolute favorite line going right now (even in the midst of all the other great lines) and at this point in time, Castle Grayskull is the absolute crown jewel in an embarrassment of riches of toys. 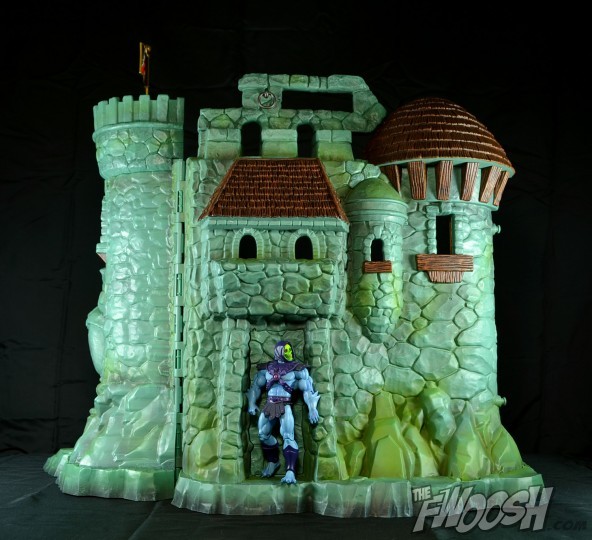 I did not get a chance to preview this sucker and time has just gotten away from me to provide a full feature (with the holidays and all) but I could literally go on all day long with all of the virtues of this thing. Sure, even its grandeur it is not 100% perfect, but there is so much to love about this amazing fortress of mystery and power. The Horsemen, of course, knocked the sculpt and design right out of the park so if you are going to use it as a display piece, it is absolutely fantastic.

However, I would really implore you to not just use it a display piece because, more than anything, this Castle is so much fun. I really does embody the very essence of a play set and it is fun for all ages as you can see and I have just loved reading the thread on the forum since this baby started hitting doorsteps around the world. Kids of all ages are having a blast with this thing and that is just, as the kids say, full of win. I personally have not been able to go a single day without playing around with it, and my almost two year-old daughter wants to play everyday as well. At first I thought I was going to incorporate this into my MOTUC display shelves, but I cannot let it live simply as back drop, I am going to have to come up with a way of making a focal point in the toy room while still allowing for play. 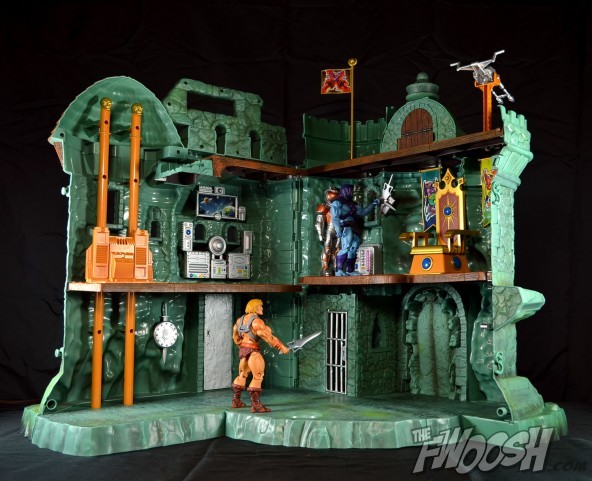 So yeah, Castle Freaking GRAYSKULL, people! Matty did it! The Four Horsemen did it! WE did it! This is absolutely the best toy of 2013 for me and all I can say now is, let the campaign for Snake Mountain begin NOW!