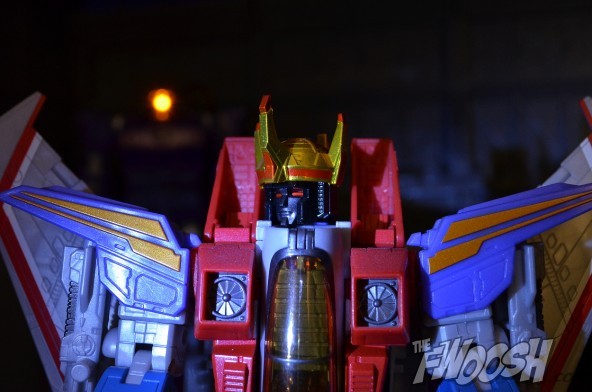 The room fell silent while the implications of Shockwave’s suggestion were considered and weighed. It was clear the usual avenues were not going to be sufficient in this case and something … more … was needed, but the outcome of the proposed scenario was difficult to predict. Or, rather, it wasn’t. There was only one way this was going to play out, and Shockwave and Starscream both knew it.

The captive Prowl would not give up information easily, perhaps not at all. He was seasoned, and the silence from his cell demonstrated little confidence in the Decepticon threat. He didn’t plead for his life; he made no attempts to escape; he simply sat and waited, as though he was letting them hold him, as though this was all up to him. He was a prisoner to be sure, but Prowl’s presence and behavior cast a heavy shadow of doubt over this new Decepticon regime.

Shockwave stood silent and still, confident he would not be met with calculated opposition. His glowing eye never felt crueler, colder. He stood waiting for Starscream’s decision.

Starscream, determined to maintain control of the situation, stared back at Shockwave without breaking eye contact. His intent was to appear as though he was carefully considering the merits of Shockwave’s proposal, but his stoic countenance hid an inexperience he knew Shockwave intended to exploit. Starscream was not an executioner. He was a liar, a cheat, and an opportunist. He knew this – everyone did. But he was not an executioner. He was not Megatron. If he agreed to this plan, Shockwave’s word would pull the trigger, not his, but there would be … complicity.

And that is not how a leader leads. A leader takes action and calls the shots; a leader is not merely “complicit.” This wouldn’t do. But a better plan would not come. Still, Starscream did not break his gaze. Shockwave stood silently, but he did not stand alone. 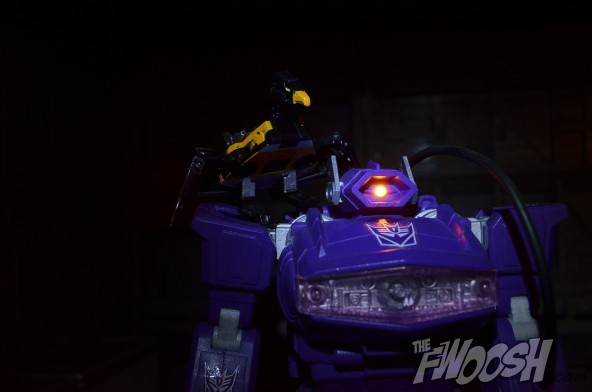 Buzzsaw stirred from his perch on Shockwave’s shoulder where he’d been spending much of his time of late. He, too, stared at Starscream, waiting for their new leader to give Shockwave an answer. Buzzsaw caused Starscream to finally break his gaze, to look rattled.  Knowing this, Shockwave stepped closer to Starscream. Starscream took a step back. 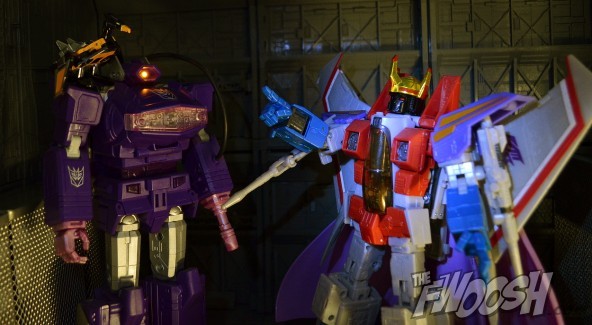 “Shockwave …” Starscream said with an audibly quavering voice. “Do not approach me with that THING on your shoulder. What are you doing? Remember your place, Shockwave. Keep that thing away from me. That’s an order.”

Starscream’s eyes darted around the room. He searched for Soundwave, Ramjet, anyone. But the room was now occupied by just the three of them. He now knew what was about to happen, but he denied his instincts, believing that in doing so, he could affect the outcome.

“What are you doing?” Starscream asked again, his voice now close to a shout as he continued to move away from the advancing pair. “What do you think you’re doing? Remember – I am the chosen one! Must I remind you, Shockwave?”

“Of course you needn’t remind me,” Shockwave replied, advancing still.

“I will not be intimidated!”

“I’m not here to intimidate you,” Shockwave said. “Buzzsaw.“ 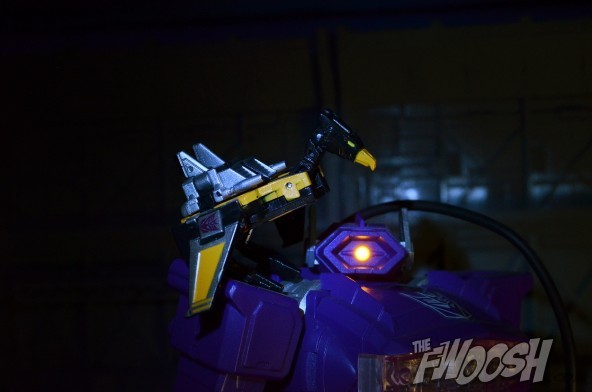 The silent Decepticon spread his wings and locked his gaze on Starscream’s chest.

“I demand to know what you think you’re doing! I–”

Starscream didn’t have time to finish his sentence as Buzzsaw launched from Shockwave’s shoulder. He tore straight through Starscream’s chest like a shovel through powdered snow. He circled the room, and before Starscream’s body could hit the ground, he tore through it again, this time entering through the fallen Decepticon’s back. Starscream’s eyes went dark. Buzzsaw’s were lit up with purpose; he was in his element. 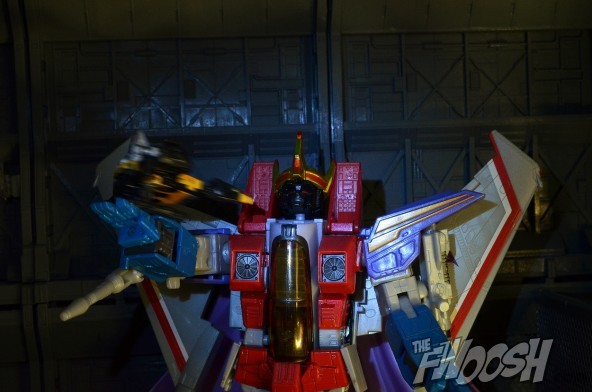 Buzzsaw returned to Shockwave’s shoulder, obediently. Starscream’s body fell to the ground, his crown rolling across the floor. It stopped by Shockwave’s feet. He stepped over it, ignoring it, as he moved toward the cell. 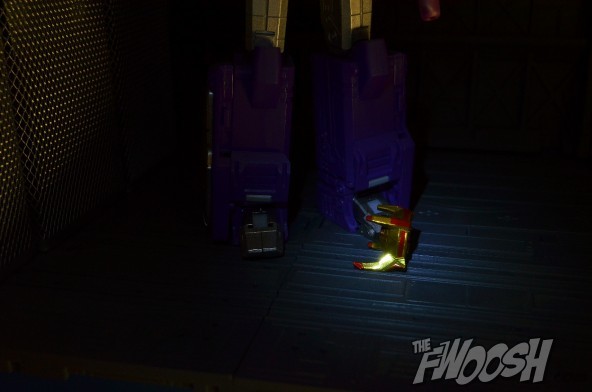 He opened the door and was greeted by Prowl who glanced at Starscream’s body before planting his gaze firmly on Buzzsaw.

“You weren’t kidding,” Prowl said to Shockwave. “Now let’s get to work.” 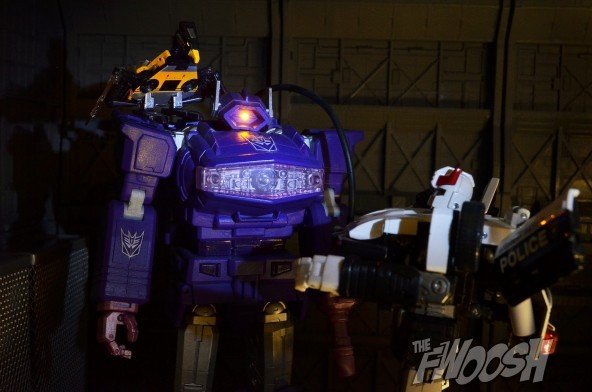