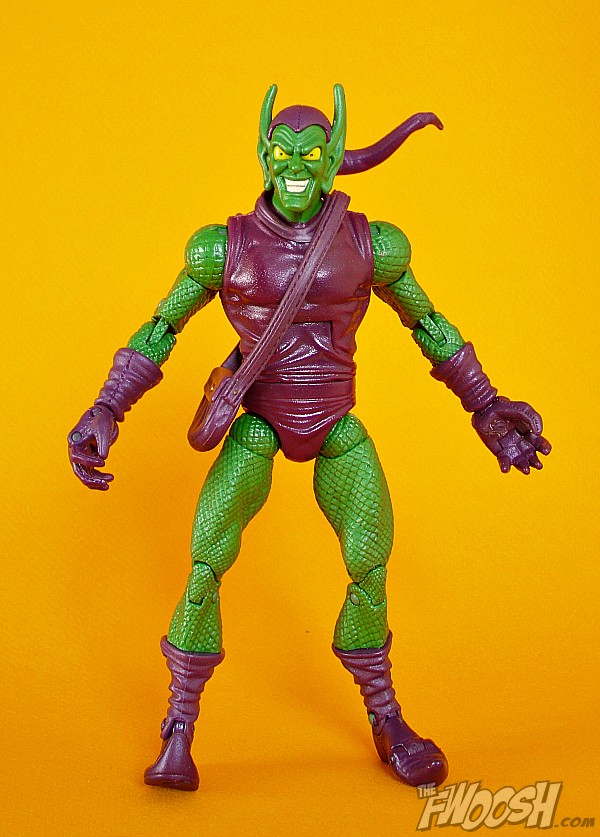 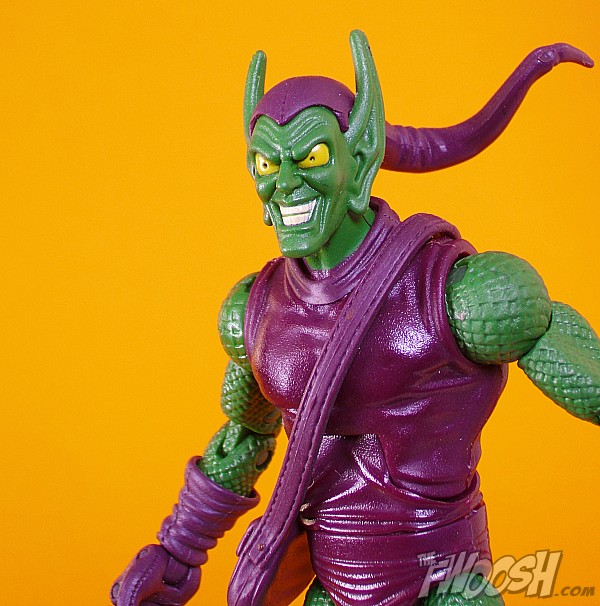 The Green Goblin first appeared in Amazing Spider-Man #14 and has been causing trouble for ol’ Web-Head ever since. So why did he show up in Marvel Legends instead of the concurrently running Spider-Man Classics line? It’s a good question. Sadly, I don’t have an answer. Green Goblin shares his sculpt with the previously released Spider-Man Classics Hobgoblin, but why he appeared in Marvel Legends instead of its sister-line, no one seems to know. Spider-Man sells, so I guess ToyBiz wanted to hedge its bets. Smart move, as most of this wave peg-warmed like crazy; Goblin was the only one I had to hustle to find. 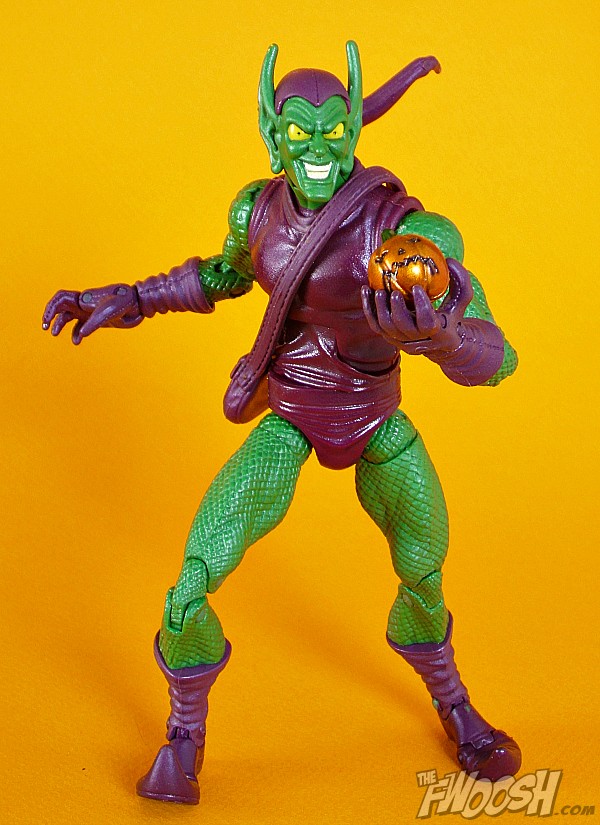 Sculpted by the Four Horsemen, this is a beautiful figure. From the peak of his conical cap to the tips of his funky footwear, the figure is remarkably detailed, with scales, wrinkles, stitching, and a subtle, cloth-like texture. I could go on and on, but hey, that’s why we take pictures: 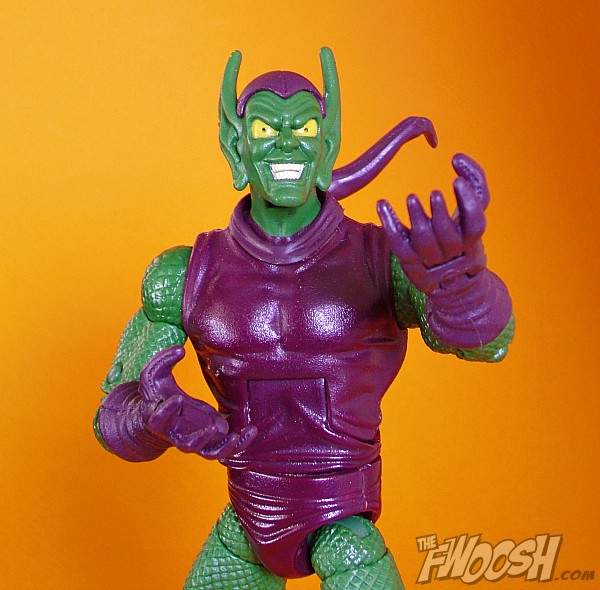 Green Goblin has 34 points of articulation: a ball-jointed head and shoulders, pegged biceps and double-hinged elbows, swivel-cuts in his gloves, and a single hinge in his hands. He has an ab-crunch over a pegged waist, a ball-and-hinge hip combo, and double-jointed knees over swivel boots with a single joint above the hinged feet. 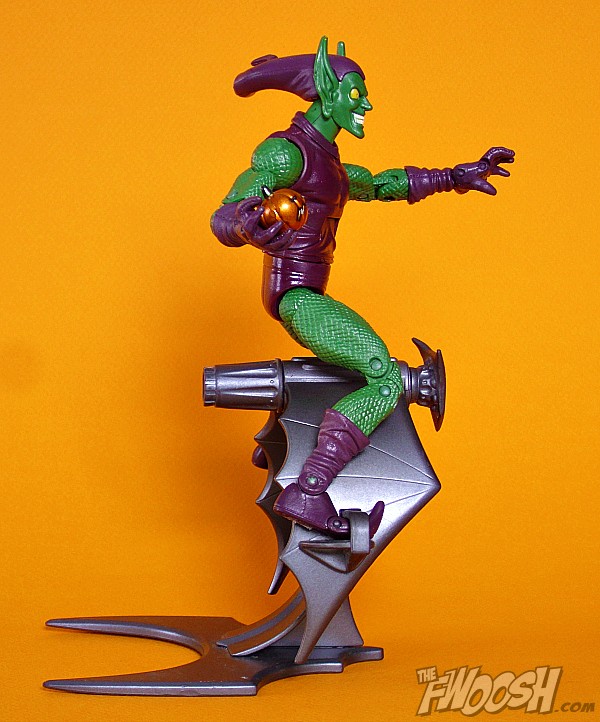 Goblin’s paint is very clean. Granted, there’s not a whole lot of it, but what there is works fine. It would have been cool if ToyBiz had given him a wash over his arms and legs — the scales look great as they are, but they’d look even better with a darker color down in the crevices. The figure has a lovely gloss finish, giving Gobby some extra “pop!” amidst the sea of green-and-purple Spider-baddies. Areas like his eyes and mouth are nice and tight, with no overspill; even the clasp of his satchel gets a crisp gold deco. 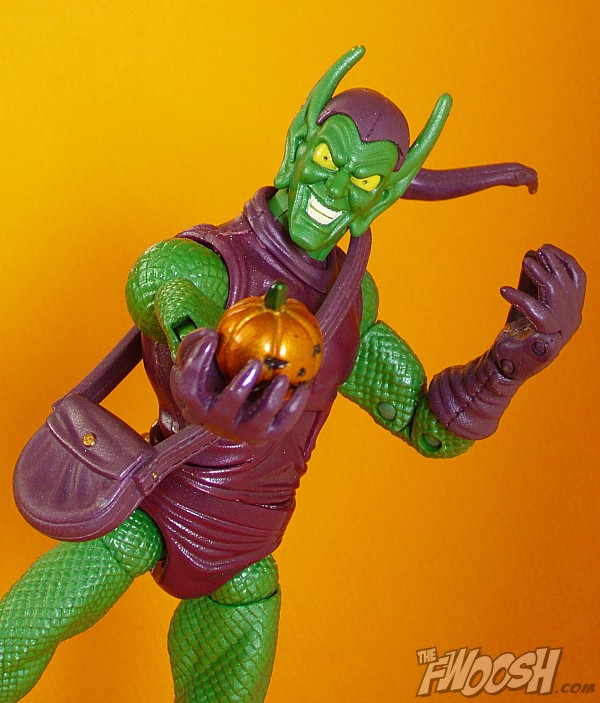 Never one to show up empty-handed, the Goblin comes with a few noteworthy accessories. For a start, he’s wielding one of his trademark pumpkin bombs. The bomb is a separate piece, but at some point in the process, ToyBiz attached it to the figure’s hand via a small peg. Because safety, I guess — can’t have little Billy choking on it! 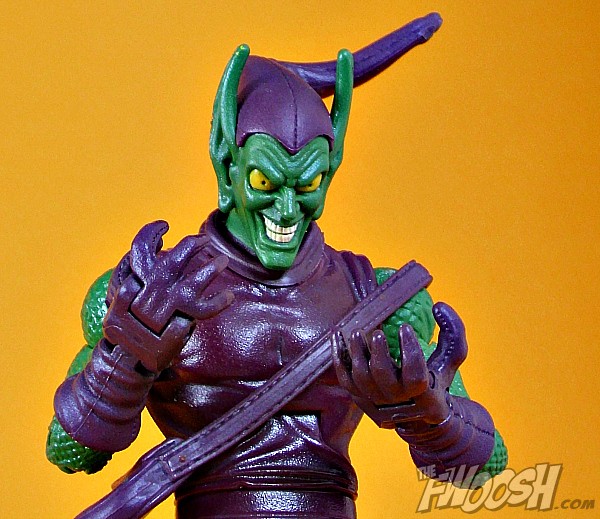 As you can see in the pictures, I popped the pumpkin off and removed the peg from his hand. The figure can still hold it just fine, but if you’re an OCD collector, you may just want to leave it alone. The Goblin also comes with his man-purse. Unwilling to skimp, ToyBiz made this a solid piece, as opposed to hollowing it out in the back. Ah, the good old days, huh? 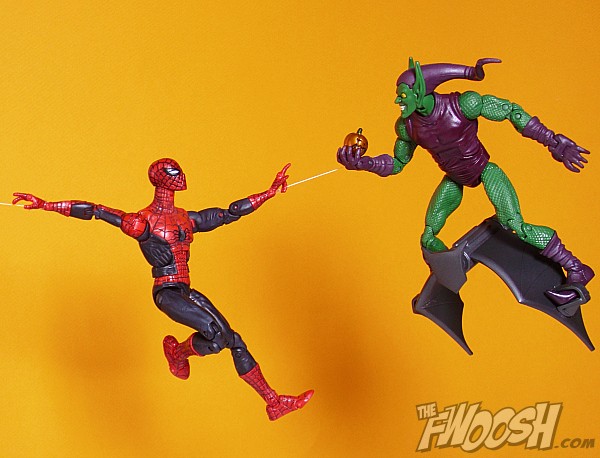 Goblins are not flying creatures, so ol’ Greenie has always depended on mechanical means to get up in the air. ToyBiz took note and included Goblin’s other trademark accessory: the bat-shaped glider he was always buzzing around on. When this figure was first released, some collectors complained that the wings of the glider were too bowed to be comics-accurate. Hmmm… 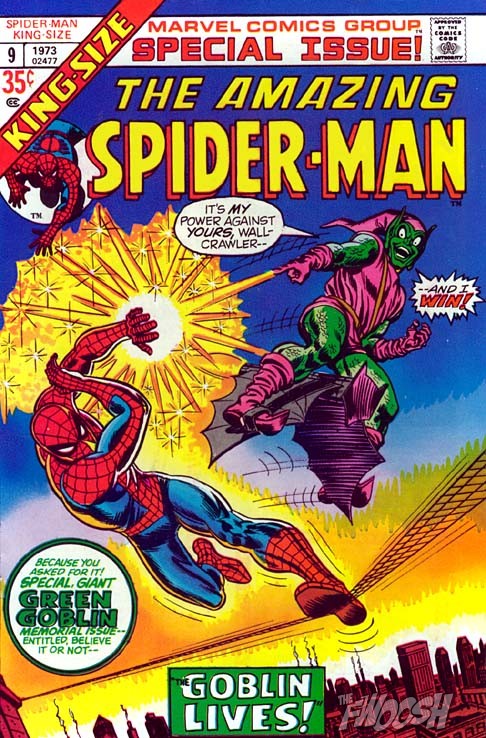 Looks about right to me. Granted, the glider has been drawn a few different ways. Heck, in its first few appearances it didn’t have wings at all. If I had to guess, I’d say ToyBiz went with the more curved design to keep the figure’s legs from being too far apart. Good call. It allows for natural posing and keeps the knee joints from extra stress. The glider comes with a removable base to get it off the ground. Vrooom! 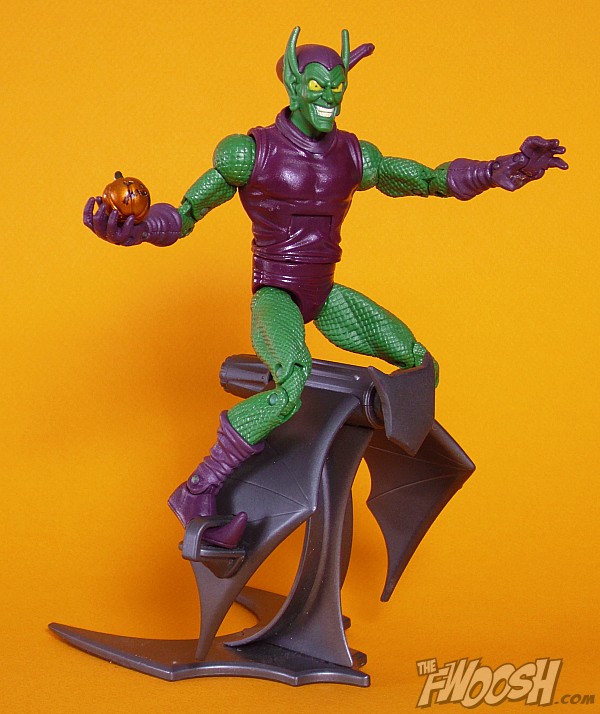 One thing to note: in spite of sharing the Hobgoblin sculpt, Green Goblin is a bit smaller. Looking at the figures side by side, you can see some of the extra height comes from Hobby’s cape-and-hood combo, but the belt area and boot-cuffs add some length as well. 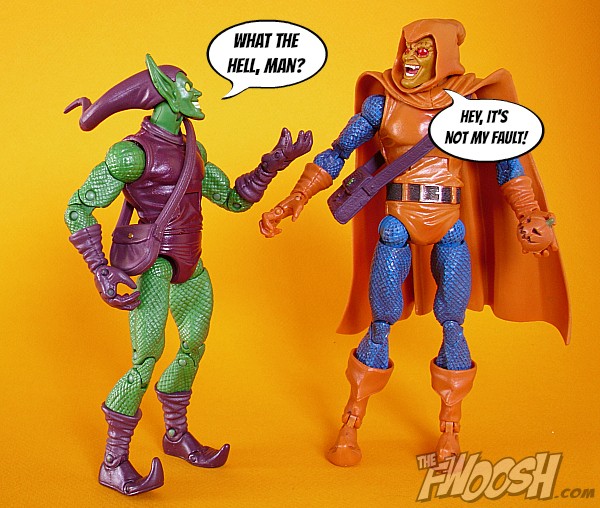 Looks weird, I know, but it’s not as bad next to Spider-Man, which is what really matters. 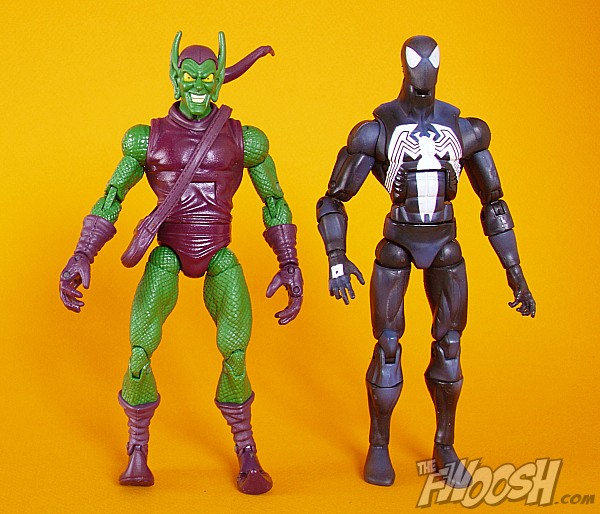 There was an unmasked variant, as well. I don’t have one, so here’s a tiny (but happy!) pic for reference: 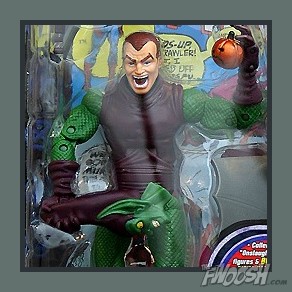 Green Goblin is one of the nicest figures Marvel Legends ever released. Aside from the scale issue, he’s pretty much perfect. Considering how many amazing figures we received from the line, that’s a mighty tall compliment. If you don’t have Green Goblin, I can’t recommend him enough. If you do, now is the perfect time to pull him off the shelf for some high-flying adventure. Spidey will never see it coming! 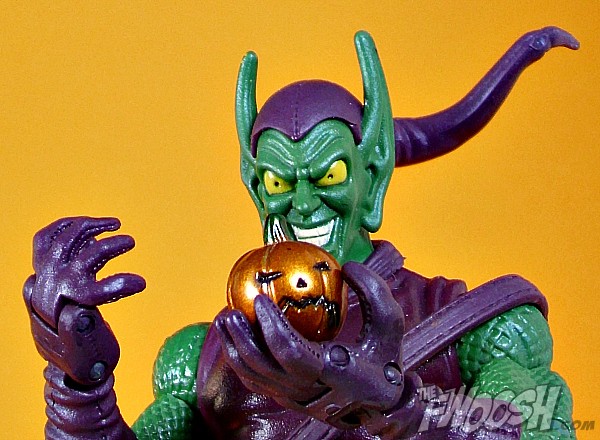 Jason R Mink is The Man in the Anthill!