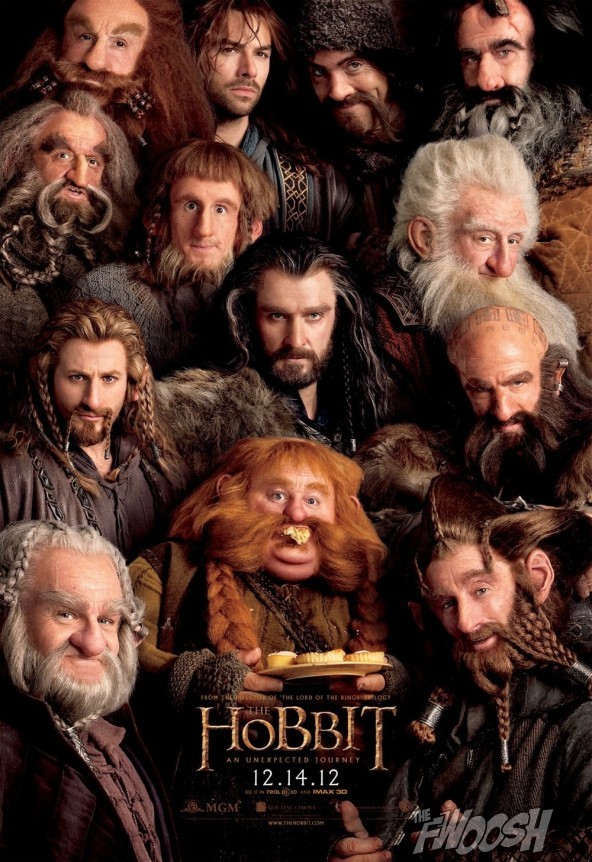 Okay, I really do not want the point of this article to be a whiny fanboy jumping up and down because he did not get his toys. YES, this is a call to make some action figures that have not yet been made, but I really want this to be as constructive as possible, especially in the face of opportunity that still exists. As you probably know, The Hobbit: The Desolation of Smaug is being released in the US today, and having already seen it, I can tell you that it is a rollicking good time (if deviations from the source material don’t bother you too terribly), and I think it will be a very solid hit at the box office and among movie goers alike. So, being the toy collector that I am, I should be thrilled with this timing because that means we are getting a deluge of merchandise, including lots of new action figures. The only problem is, we are not.

Yes, I have gotten a few things here and there that are tied to this movie, but since I am primarily an action figure collector, I have bought a total of three new figures. Yep, I got the 6-inch Radagast and Azog figures, and I bought a 5-pack of 1:18 figures just to get Thranduil, the only new character that has (thus) been released in that scale, at least to US markets. Seems a bit odd, doesn’t it? A mega tent-pole movie that has very scant product turn out is just not the way Hollywood works, so when I look to the Bridge Direct, I am left scratching my head a bit. 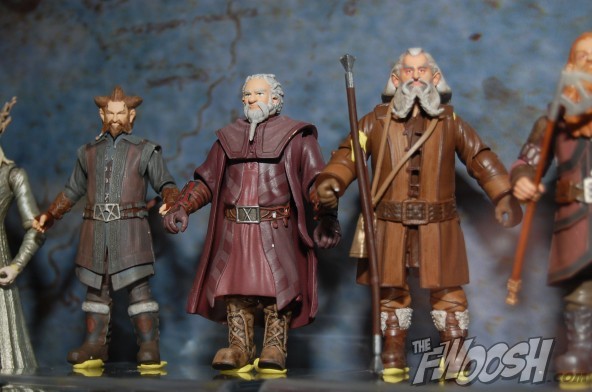 That is not to say that I am laying blame here, because I am not. I think that there are a TON of factors that have led to this point, and a good deal of them have been completely out of the Bridge’s hands. I think it well known that many story and designs were being constantly changed right up to the release of last year’s An Unexpected Journey, so that lead to some of the issues. Azog and Bolg have changed designs countless times, and it wasn’t until last July that it was announced that we would be getting three Hobbit movies as opposed to two. So if you were perplexed to get Legolas and Tauriel figures last year when they were not even in An Unexpected Journey, that is why. Since a lot of toys were dedicated to characters not even appearing in the movie, several retailers were with left stock hanging around. That REALLY stinks, but I suppose that is the nature of the beast. Plus, while the The Desolation of Smaug is getting really good early reviews, reviews for An Unexpected Journey was a mixed bag, especially amongst critics, so that probably had an impact on sales as well.

So what is done is done, and I am going to ask the Bridge to focus on the futures. Yes, I know that product has to sell for them to be able to make money on a very expensive license, and in order to do so, retailers have order product. I suspect that that did not happen and that is the primary reason the The Desolation of Smaug merchandise is so thin. However, I would not just roll over on the whole thing yet and call it a failure; I think maybe a little recalibration is what is in the best order.

The Bridge has come out to say that their 6-inch line has turned out to be more successful than they originally anticipated, so I find that to be thrilling news, and I hope that it means we will see a lot more product in the not-too-distant future for that line. That tells me that then, perhaps, the Hobbit lines have actually been quite successful with the collector sect, it not for the mass market. In the case of the 1:18 line, though, I think that troubles go hand in hand. Frankly, the buying public was faced with a lot of toys of characters that were not in the first movie, so the Desolation of Smaug line needed to be in recovery mode right from the start, so I think there is hope to get an established following for the line now that there are a lot more characters, but it is going to take an investment on The Bridge’s part. I know that is terribly scary since action figures are very expensive to produce, but as the old cliché goes, “You have to spend money to make money,” and I think it can pay off in the end — just hear me out. 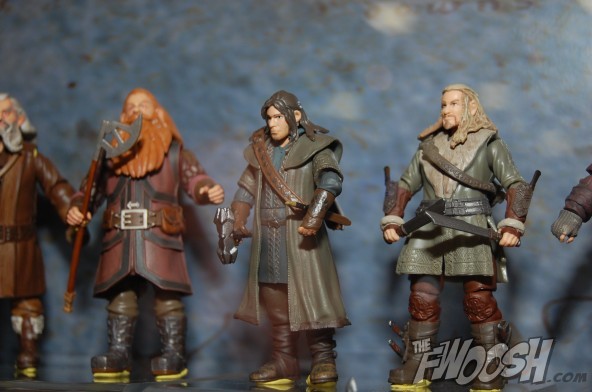 I really don’t think that the scant assortment and one new Thranduil figure is the way to go to build up more of a following, and, by that same turn, I am pretty positive that it alienates the fanbase as many are heralding the end of the line. However, the universal cry I am hearing, and the point to all of this, is that everyone feels that it is of utmost importance and in the line’s best interest to finish Thorin’s Company in plastic form. In short, we need more dwarves! 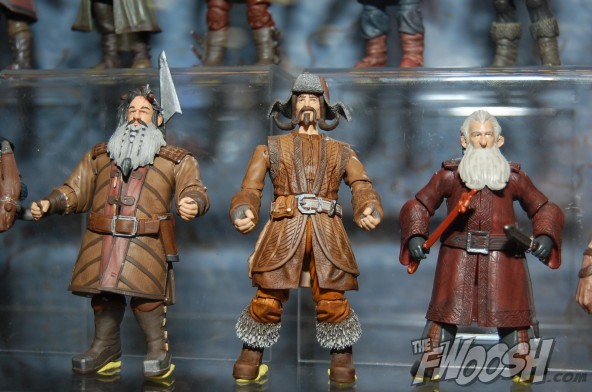 So far we have Thorin, Balin, Dwalin, Fili, and Kili in the 1:18 line, and that is not even half of the Company! Sure, these five probably had the most screen time of all of the dwarves in the first film, so I do not disagree with getting those particular dwarves, we just need the other eight to go with them. The dwarves were, by far, the focal point of An Unexpected Journey, and that little Dirty Baker’s Dozen remains in high importance in The Desolation of Smaug. Oin, Gloin, Ori, Dori, Nori, Bifur, Bofur, and Bombur are sorely lacking from our action figure shelves, and I believe them to be the key to revamping the line a whole. 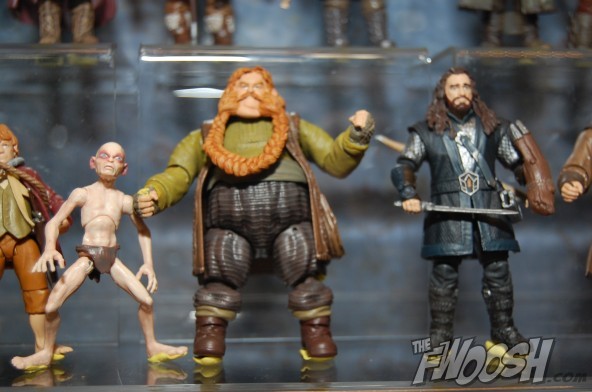 The sculpts have been completed by Gentle Giant — we saw them at their booth at SDCC 2013 — so they are ready to go, The Bridge just needs to cut steel and go into production. Again, I know that is the by far the most expensive part of the entire manufacturing process, but what needs to be paid out up front will be made up in the end. Even if TBD had to keep the originally planned five-packs (to cover the release of all eight) at smaller retailers, I have a feeling they would be very successful and that would open up the door to more retailers coming on board. Yes, it is a risk, but I think it is one that has to be taken in order save this line. 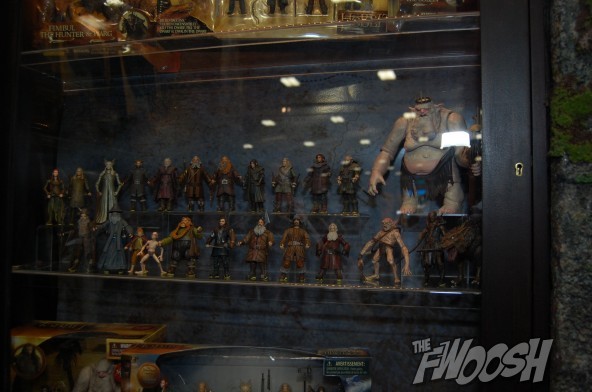 Oin, Gloin, Ori, Dori, Nori, Bifur, Bofur, and Bombur are important characters to movie and toy fans alike, so I think the demand is there. If they are as successful as I think they would be, that would certainly breathe new life into the line and open doors for more product and characters. Yes, it is easy for me to armchair this, and I have no hard sales information to go on, but I normally do not even think of writing this kind of article. However, I think the release of the rest of the Company could very well be the keep to the entire quest. C’mon, TBD, take bit of a risk and finish Thorin and Company!

Tags: Desolation of Smaug The Bridge Direct The Hobbit Thorin and Company