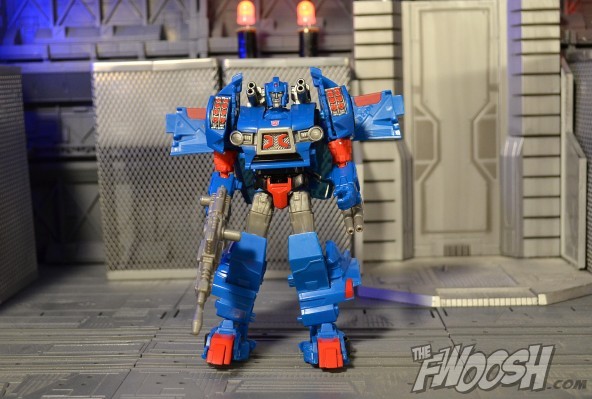 A lot has been written about how wonderful a comic James Roberts’ Transformers: More Than Meets the Eye is, but there is one thing it has done that is more significant than anything else: it has redeemed Skids and has helped many Transformers fans wipe their memories clear of this thing: 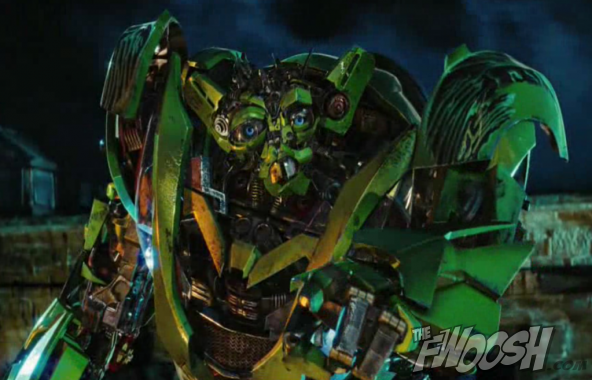 I don’t care what the credits from that movie say, that was never Skids. Skids is actually one of the more intelligent Autobots; he’s not the bumbling, idiotic, bad racial stereotype the writers of Revenge of the Fallen came up with. James Roberts took him back to his roots as a theoretician and then made him one of the more intriguing characters in the book by wiping his memory and involving him in one of the book’s major plotlines. Roberts made Skids a character we are actually interested in and care about, which is something to note in itself.

Now, just so we’re clear, the above green thing? NOT Skids. The ‘bot below? Skids.

It’s positively heartwarming to walk down a toy aisle and see this new Skids hanging on the pegs because it almost feels as though reparations are being made for that movie thing we were saddled with for years. It’s also awesome to be able to add another member of the Lost Light crew to the shelves, and I really hope this current trend of releasing IDW characters and designs in the Generations line continues because it’s given a good many of us a reason to be excited about retail-level, non-Masterpiece Transformers figures again.

Skids comes packed with More Than Meets the Eye #22, featuring a custom cover that spotlights his comic appearance and design. The overall package succeeds in highlighting just how close the figure is in appearance to the source material. It’s a nice presentation in general, and I love getting comics with my figures again (even if I’ve already read them). If these IDW-based figures succeed in introducing the comic to fans who may otherwise be unaware, then that is nothing but good. The more people that are made aware that Transformers fiction doesn’t end with the Bay movies and the G1 toy commercials, the better. The current Transformers comics are among the better comics being produced today, Transformers or otherwise.

It’s tempting to call this figure a nice homage to, or update of, the original G1 Skids figure, but his characterization feels so different to me that I hesitate in doing so. However, this figure does take several unmistakable design elements from the G1 design, so it does feel like the Skids I remember from ’85, but, at the same time, there is so much here that’s new that the figure feels fresh and not at all like a rehash.

Skids’ robot mode looks awesome and it feels as though Alex Milne’s artwork has stepped right off the page. His colors absolutely pop, which is great to see, and I love this shade of blue they used for him. There is some kibble here and there that doesn’t feel all that elegant, like the backs of his legs, but thankfully it’s minimal and doesn’t interfere much. The majority of panels and windows from his alt mode integrate smoothly and efficiently, which makes for a nice-looking ‘bot mode. 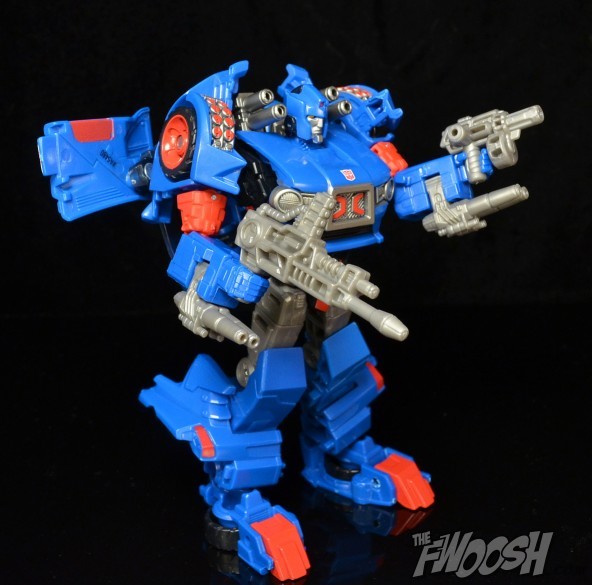 For accessories, Skids comes with two guns: a larger liquid nitrogen rifle and a smaller pistol (a “nudge” gun). They add to the already intimidating arsenal he comes packing already. 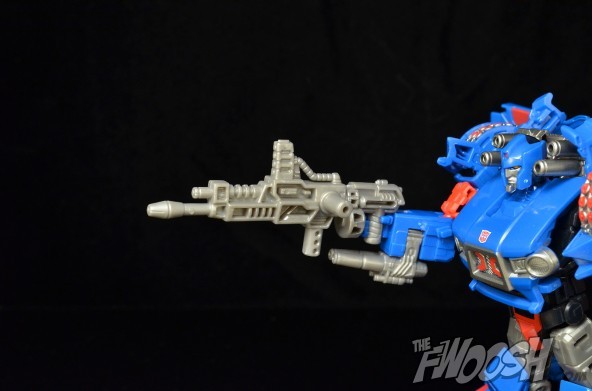 The two guns can be combined to create a slightly longer rifle that closely resembles the gun he’s holding on the cover of the comic. I prefer the guns to be separated, but your mileage may vary. 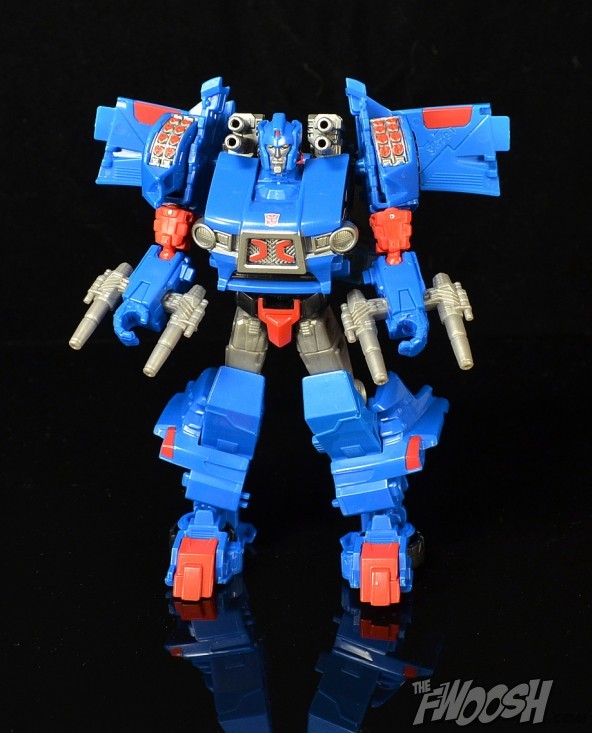 Even without the two guns he comes packed with, Skids is a walking arsenal. He’s got rockets in his shoulders, cannons on either side of his head, and blasters that fold up from beneath his arms. It doesn’t seem as though he really needs the two guns because he’s gotta be the most heavily armed theoretician that ever lived, at least in the Transformers universe. 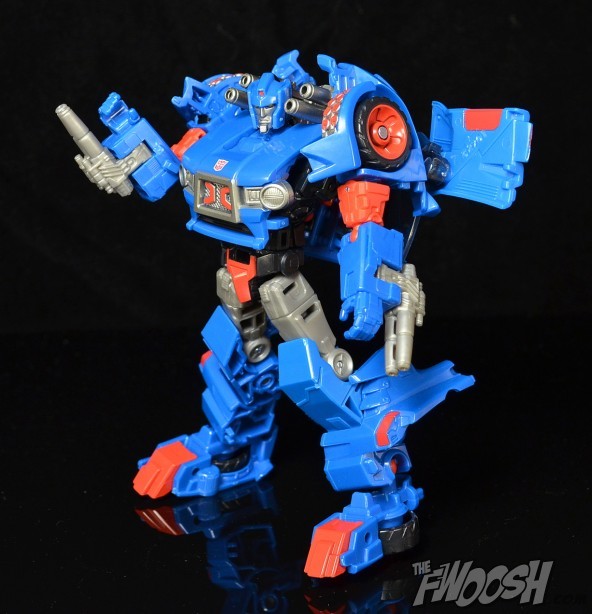 Now, while his ‘bot mode may look pretty great, he takes a bit of a hit in the articulation department. Out of the package, his legs barely move at all at the hips — this is because he’s actually misassembled. His hips need to be swapped, basically. Fortunately, few seconds under the hair dryer made this task fairly easy to accomplish for me. Once they’re swapped, the range of motion in his legs is greatly improved AND he can actually be transformed properly. But while that’s all well and good, his poseabilty is still a little less than adequate.

See, he’s got these huge feet that look as though they’ll anchor him really well so he can be put in all sorts of dynamic poses, but it didn’t work out that way. The above pic is about the most action-packed pose I could get out of him with him still standing. Anything more elaborate and he just falls right over. Maybe he has an odd center of gravity or something, but whatever it is, he’s frustratingly difficult to pose. Vanilla is going to be it for this guy, I’m afraid. Hopefully you’ll have better luck. 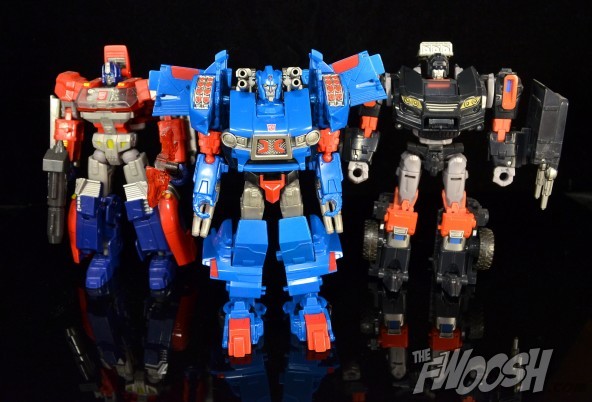 His size is consistent with all the new IDW Generations deluxe-class figures. He’s about the same size as Trailcutter, whom many found to be irritatingly small. This smaller size doesn’t feel as off the mark in Skids’ case, though, so he feels like a more satisfying figure than Trailcutter did. 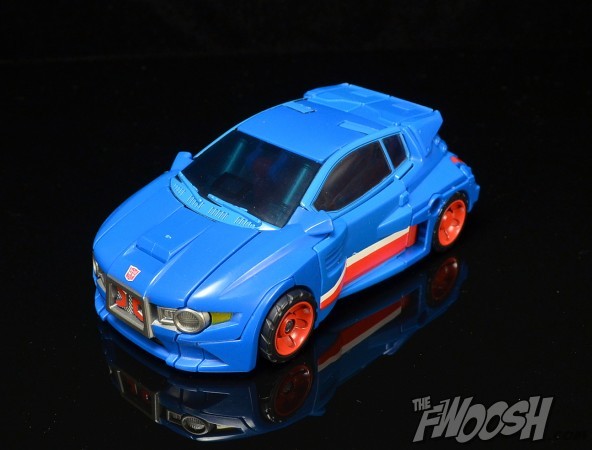 While Skids ‘bot mode may have had some kibble, his alt mode looks smooth as can be. He’s been upgraded to a little blue hatchback, as opposed to the blue minivan he was in ’85, and the overall design is sleek and smooth. I really think this is one of the better and more effective alt modes we’ve seen from the IDW Generations figures.

Everything panels together well without any sort of jigsaw puzzle effect compromising its effectiveness. Hasbro seems to have this aspect of the Generations figures down at this point. I also like the dark blue windows here; they hide the lack of actual car interior and just look pretty cool in general.

I found my Skids at Target a couple weeks ago, but he’s since been spotted at just about every major retailer, and several of our favorite online retailers have him in stock now as well. I would recommend him because he’s a great-looking figure and a must-have if you’re a More Than Meets the Eye fan, but just be aware of his articulation limitations going in. My expectations were pretty high, so I was a little let down by him at first. Fixing his hips helped, but he still isn’t “perfect,” but he’s close.