Spiral came to us back in 2008 as part of the Target-Exclusive Marvel Legends Red Hulk Build-A-Figure wave. Due to her unique anatomical configuration, she was never a character many of us expected to see from Hasbro, particularly since they were still “finding their legs” with regards to 6-inch action figures. But when Hasbro unveiled her prototype, jaws around the globe simultaneously hit the floor. Hasbro was actually going to do it — they were going to release a six-armed action figure. And the prototype actually looked good! 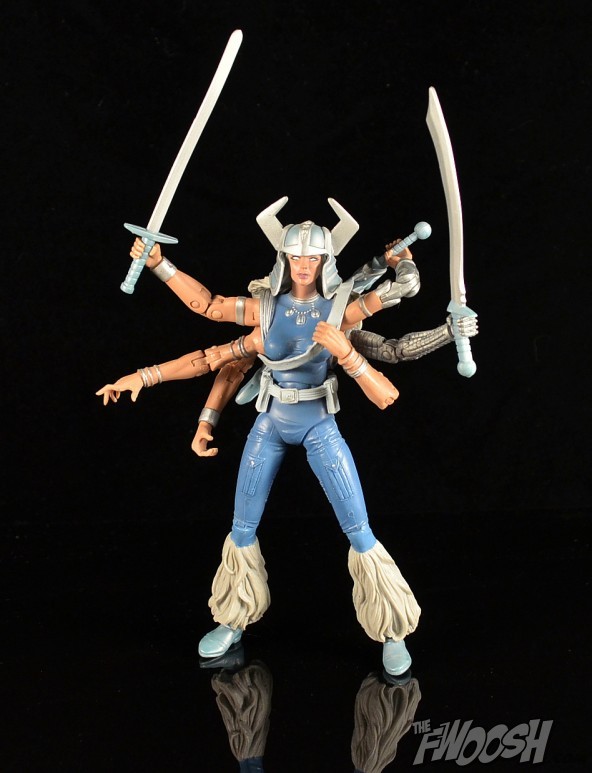 The final product ended up being almost as awesome as that initial prototype. It’s a beautiful sculpt, but Hasbro was still finding their way in the articulation department at this point, so she does suffer from a few of Hasbro’s missteps, unfortunately. She isn’t too bad, though, especially if you can accept the fact that there isn’t much you can do with her below the waist. Those arms are the stars of the show here, so depending on what you need from her, her bottom half can be easy to ignore. 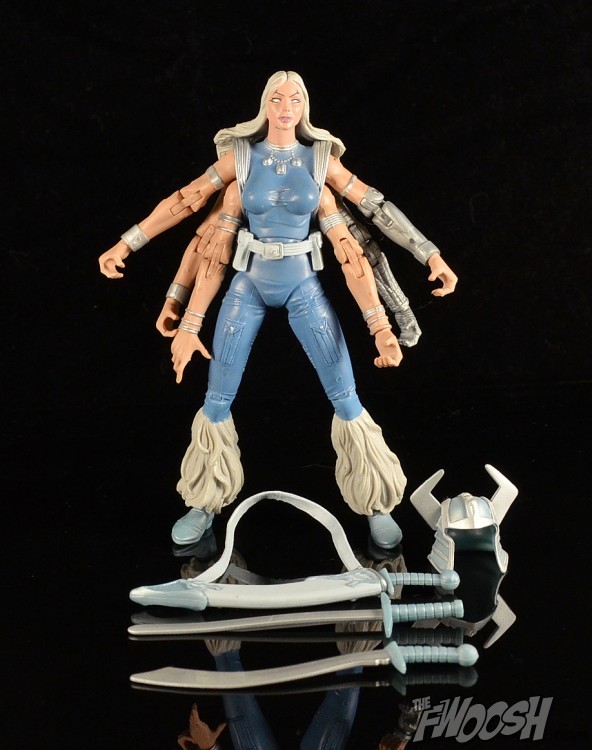 She comes with a decent amount of accessories, especially by today’s standards. Two swords, a sheathed sword, and her signature helmet. She also came with the Red Hulk’s head, which may have been the smallest Build-A-Figure piece ever up to that point. She has five hands that look designed to hold weapons, so it would have been nice if she came with at least one more sword.

It’s amazing how well the six-arm gimmick works here. Even when they hanging in a nondramatic pose, they still look pretty cool and move amazingly well. They’re all fully poseable and all have double elbows and wrist swivels, so there aren’t many poses you can’t get them in. It’s easy to pose them in such a way that looks dynamic without their getting in the way of one another.

Her head sculpt is decent and looks particularly good with her helmet on, but her hair renders any articulation she may have in her neck useless because of the way it flairs out over her shoulders and down her back. She can’t really turn her head at all, so that isn’t ideal. She’s also in a permanent state of “helmet hair” without the helmet on. It seems that was necessary if the helmet were to sit on her head in anything resembling a convincing way. 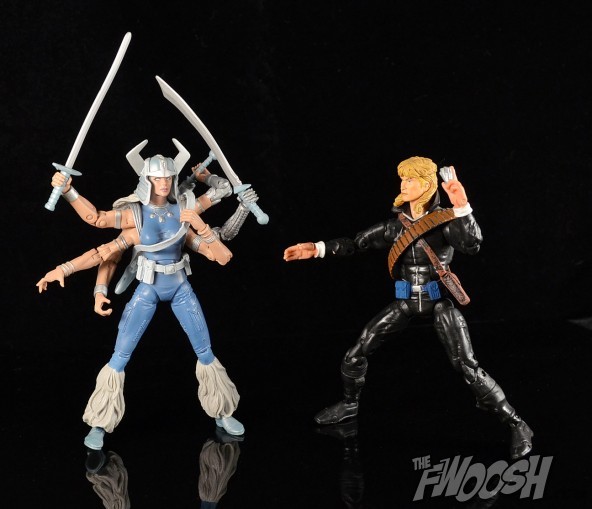 While her arms are nicely articulated, her articulation from the waist down is basically useless. She’s easy to stand in a vanilla pose, and she can balance the weight of her arms and her swords nicely, but it’s difficult to stand her in anything but a vanilla pose.

Her hips are similar to Doc Samson’s from the Hulk Legends wave — they have an extremely awkward range of motion, and without some sort of rocker ankles, it’s nearly impossible to get her into almost any pose without her falling down. The above pic is the best I could muster for an “action” shot. 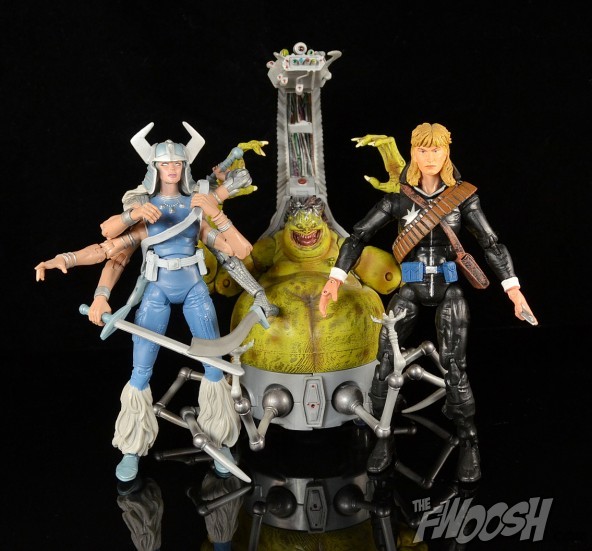 I sometimes wish she had been released in the original ToyBiz wave 14 Mojo wave along with Longshot because it would have made so much sense, but I am happy we did at least get her eventually, despite her flaws. She looks awesome on the shelf with Longshot and Mojo, and since there’s a variant of this figure out there (see pic at the top of the page), that opens up even more display possibilities.