You ever do this? You’re on the hunt, or you’re out shopping for something completely different. You hit the toy aisle. You scan, searching for new figures from that line you collect. You know, that one. Or several. Desperately looking for anything new to buy. You walk away, dejected. You go about your business. Milk. Bread. Then, the urge hits. YOU GOTTA CHECK THAT AISLE AGAIN! Maybe you missed something? Maybe they just put something out? Maybe a kid or another collector put something back? You must know! You go back. 7 times out of 10, you find something. The Toy Aisle Double Take. Drives my wife nuts. Yours too? Belly up, it’s Happy Hour!

I’ve been seeing the Star Wars Black Series 3 Bespin Luke on Ebay out of Hong Kong for a few weeks. Tonight I ran across Obi-Wan Kenobi and the Stormtrooper!

You can find the auctions here:

Obi-Wan, you can see a smudged part on the skirt and what looks like what used to be a sharpie mark. This denotes either reject or production sample. It looks like the seller tried to erase the sharpie and ended up taking some detail off. But I’m not trying to sell these to you, just showing that they are getting ever closer. Young Obi-Wan looks awesome. Except for the usual gripes. See Luke, Han, and Leia.

Mmmm, the Stormtrooper. So pristine and sterile. I’ve stared at my Sandtroopers for so long that my brain has almost related Troopers to grimy dirty. To see it clean again is almost a shock. That and the fact that I don’t have ten of them already.

Hot Toys posted new pictures of the Man of Steel Superman on their Facebook page today!

Good grief, if I collected Hot Toys I would be broke. Homeless. Divorced. But just look at him. It’s like owning a miniature version of an actual human being. Almost freaky, if the rad factor did overshadow it.

You can preorder this work of toy art from Sideshow Collectibles, but you better hurry, he’s expected to ship next month!

VeeBee is still hard at work getting First Looks ready, and tomorrow he’s showing off DCIE Aquaman! Here’s a couple of teasers:

The hair is a little too dynamic for my tastes, and he’s not my favorite version of Aquaman, but I have to admit he looks good.

NECA has put Predators Series 11 on their Ebay store! 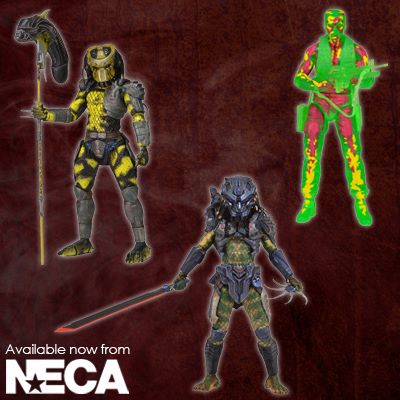 I’ve picked up every version of Dutch so far so I’ll end up with this one. Not to mention that it’s a great, unexpected variant. He kinda looks like candy too. That’s always a big plus in my book. Except the urge to lick clear figures. I don’t know where that comes from.

Bonus: For those of you army building Iron Man Legends Ultron, and don’t lie, I know some of you are, Amazon has him $7.99. 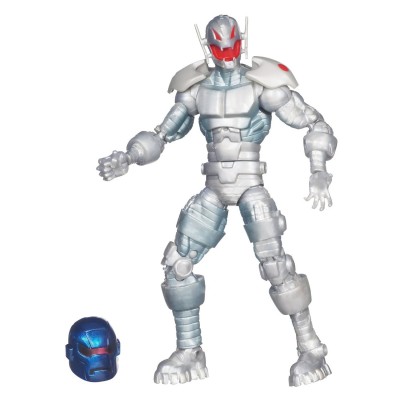 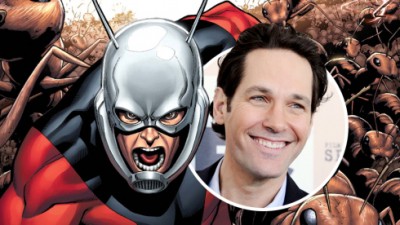 Interesting. Variety is reporting that Paul Rudd is in early negotiations to star in Ant-Man. I’m not one to complain until I’ve seen the final product so I’ll wait and see. But I can totally see Rudd pulling this off.

I’ve started hearing a theme song after the intro to each on of these articles. Not an actual music score, but after I type “It’s Happy Hour” I think “Cue music.” So weird. Maybe someday on the FwooshTV channel. Eep! Happy Hour’s over!