I’m going to go offroad for an entry tonight with the inclusion of…a 3 and 3/4 inch figure. Eep! The Fwoosh has gone rogue! A dark new era! Just kidding 3 and 3/4 inch fans, while we usually focus on the 6 inch and above there are plenty of us with much love for smaller scales. All inclusive, that’s us! In fact, tonight it’s a little of all scales; small, medium, and large! It’s a melting pot of collecting goodies! Belly up, it’s Happy Hour!

I managed to snag a Spider-Man Legends Infinite Carnage online late last week and have since been seeing some requests for a picture of the cardback to get a better look at the Toxin action figure. Well, ask and ye shall receive. 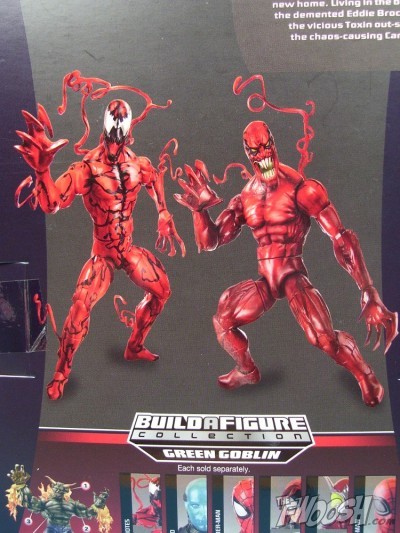 I do believe Toxin is on the Hyperion body. The picture beside Carnage is misleading because the photoshop job hit Toxin’s size a little harder than Carnage. But the muscle striations in the torso match up with Hyperion/Sabretooth pretty closely. I tried my best at a comparison shot. 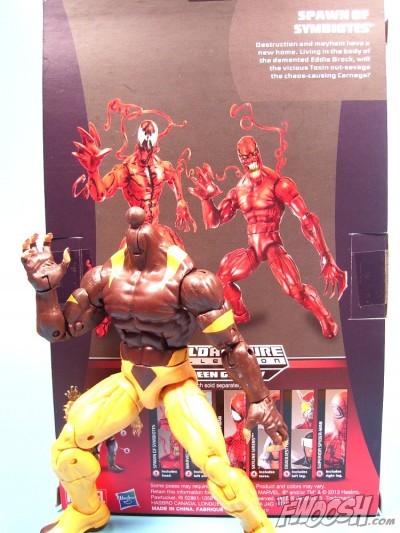 Now quit laughing, I am no MattK. I said shush! Anyway, I think the arms on Toxin may be new or at least from a different source. They don’t seem to be as bulky as Sabretooth’s, as well as looking a little more elongated. But the torso and legs seem to match up. At least they would if I knew how to pose a figure.

Either way, if recent history has taught us anything, it’s that I’m not going to get too excited about him until I see a sightings report. Sorry Hasbro, we love ya but ya gotta get some of the older figures we haven’t seen out before you restore our faith in future running changes. I mean variants. I mean swaps.

Sideshow Collectibles posted the details and prices on the Hot Toys Batman Armory. And it’s a doozy.

Good grief! That’s a lot of stuff! Just the Batman alone is listed as coming with:

The good thing is that it actually costs less than all of the guesstimates I saw online.

Batman Armory with Bruce Wayne and Alfred for $624.99

Batman Armory with Alfred Pennyworth for $524.99

Three Hot Toys figures, an environment, and a ton of extra gadgets and body parts for $625? This may make me break my “only two Hot Toys in my collection” rule. Damn you, payment plans!

StarWars.com revealed their first figure from the new series Star Wars Rebels in the form of the villain- The Inquisitor!

The Inquisitor, the Empire’s Jedi hunter and a major new villain in the highly anticipated Star Wars Rebels animated series, was unveiled by Lucasfilm at this year’s New York Comic Con. Today, StarWars.com is excited to present the official reveal for the character’s first ever 3.75-inch action figure from Hasbro.

I’m all for new Star Wars but that new lightsaber design looks uncomfortable! Does it spin? How does he holster it? Ah well, we’ll find out soon enough.

I’m…I’m not quite sure what I’m thinking right now.