As I feared when I started this series so long ago (yesterday), I hit a slow news day. But really, since when has having no subject whatsoever stopped me from rambling on about this and that. Not a lot of news but a lot of good sales going on, so let Uncle Robo help you spend your hard earned cash in today’s installment. Belly up to the Fwoosh bar! It’s Happy Hour!

NECA is once again the top story today, announcing that the Gremlins Spider Gremlin is now available! 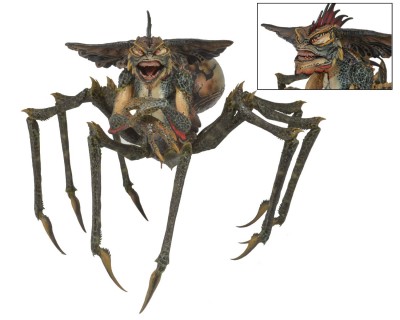 Now, VB is the resident Gremlins expert and collector so I’m not as familiar with the line but I do have to say this Spider Gremlin is just badass. Measuring in at 10″ tall it’s a beast. I can’t wait to see reviews of him and partially regret not picking him up. Hey, I’m not made of money here. But for you Gremlins guys this seems like a must.

Have you looked at a review of Medicom MAFEX Batman and thought “Damn, this figure looks awesome, but so expensive” while gently caressing your wallet? Well, you were just lulling your money into a false sense of security because he’s now available on Amazon for $27.70! That’s right, $27.70! 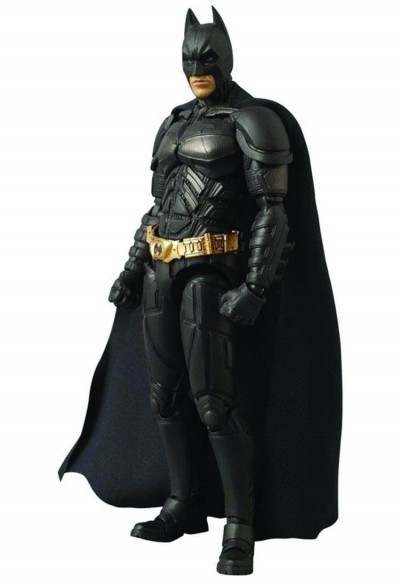 Did I mention he’s $27.70? That’s nearly half off. I say nearly half so you math enthusiasts won’t give me a hard time. But seriously, this is a heck of a good deal. An import toy for nearly US retail store prices. Again I say unto thee “Nearly.”

Diamond Select posted a new episode of their weekly broadcast where DSTZach (or better known to Fwooshers as MSWord) schools everyone on which Minimates are currently available and what’s coming soon.

Must. Have. That. Deadpool. Set.

Also on NECA’s ebay store now is Colonel Star & Stripes. I bring this up because last night I pondered on whether I should know if he had a packaging or figure variant. Well, it looks like it’s actually a figure variant, two version on separate cards. One comes with a hood, the other doesn’t. I base this knowledge on the wording of two different auctions being offered by NECA. One hooded, one unhooded. Again, if I missed this announcement somewhere then someone please correct me if I’m wrong. Until then, bask in my internet sleuthery. Yes, I made that word up.

Did someone say they wanted more cheap action figures? Amazon is discounting toys here and there, just in time for Christmas. We saw this last year with Marvel Legends and it looks like this trend will continue this holiday season.

Now, before anyone laments the death of the line because of the reduced prices, remember I said this exact thing happened last year with a newly released series of Marvel Legends. I think this is just a case of the initial frenzy to army build Sandtroopers caused Amazon to order too much replenishment for Series 1 before selling through the other figures. As far as Greedo goes….what is wrong with you people? He his without a doubt the best figure in Series 2!! If you don’t have one yet, get him. You NEED Greedo. At this price you can’t lose!

From the Batman Classic TV Series:

As far as this line goes, last we heard Mattel said they weren’t making any more. Which is sad. I kinda like the figures in all of their cornball glory. It was after this announcement that it was learned that ‎Yvonne Craig finally made a merchandising deal. Talk about crap timing! But really, Joker for $4.99. I think it was sometime in 2002 or even before that I paid those kinda prices for an action figure, let alone a 6 inch action figure. Was Marvel Legends Series 1 around this price? I mean, originally?

That’s all we have for tonight folks. Like I said, some days will be slow, some days the cup runneth over.

I’m terrible at goodbyes. Maybe some day I’ll have a contest, give away something cool. Something like “Give Robo a sign-off slogan!” Either way, tonight’s Happy Hour is over!