Short weekend edition. And late. The holidays, man, they can be brutal. As both family people and toy collectors. I think I’ve spent more money on Amazon than I have in months, yet I’ve gotten three times the product. How many of you have a credit card dedicated solely to toy purchases? I had to go this route to keep everything straight in my head and on paper. And to hide it from the wife. Ha! Belly up, it’s Happy Hour!

NECA teased the 1/4 Scale Thor on their Facebook page today. 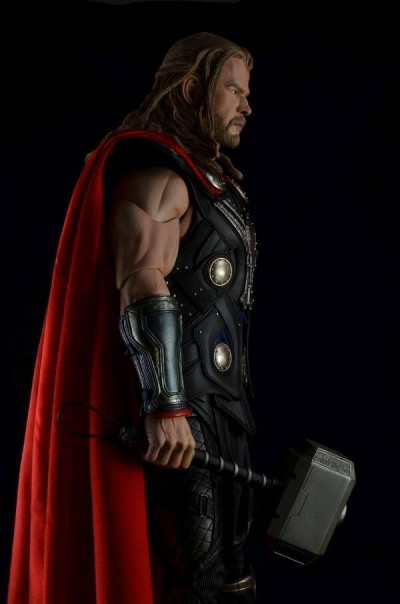 Looks excellent. In the post NECA says the cape is removable. For that lounging around the Helicarrier look! Be on the lookout for him late January/early February. You can preorder him at BigBadToyStore.

I was browsing the solicitations for DC Collectibles product coming next year and thought I’d throw up a gallery of all the ones that seem to fit the majority of Fwoosh’s collector types. That’s to say, lots of good articulation, nice sculpt, and interesting characters. Remember I said majority. I know some of you do different scales and properties. Don’t kill the messenger, I just like pretty pictures of toys I want!

That’s a lot of characters and figures, and these only run until summer of ’14. So I’m looking forward to seeing a lot more.

Sure, if you hate the New 52 then a lot of these aren’t for you. Which kinda sucks because these seem to be the only game in town now with the demise of DCUC and compatible lines. And the classic looks to DC characters seem to be, well, a thing of the past. I can’t say I love most of the New 52 but I’m not too picky. Yeah, I prefer Deadshot’s previous costume, but it being Floyd means I’ll get this new one. And at the end of the day I don’t hate it.

I guess my biggest gripe is not everyone made it over into the New 52. Oh, you guys who know me know where I’m going. Where. Is. Catman. Scandal. Ragdoll. Jeanette. While I like the new Suicide Squad and it’s an adequate look at the villain’s side of things, it’s no Secret Six. Or maybe it is and I’m looking through a rose colored targeting monocle on the right side of my head.

Either way, a lot of these seem to be good figures and a great start to a whole new collection of DC superheroes. If you were looking for that sort of thing. I’m hoping these blend in half-way decently with DCUC, but I’m afraid they may be too different aesthetically. Ah well, that’s what more shelves are for. 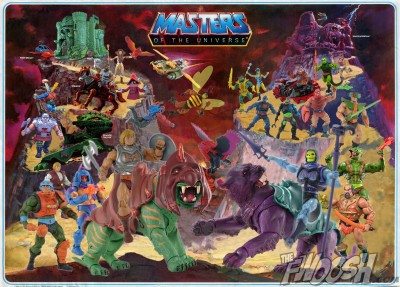 VeeBee has been hard at work on pictures this weekend and pumped this masterpiece out. We’re a Snake Mountain and a few vehicles away!