I’ve been reading a lot about collectors asking Target employees to pull the new Captain America Legends Infinite figures out of the backroom. It looks like a lot are having success. Some others, not so much. I’m in the latter category. He was nice and helpful but in the end I walked away without my action figures due to him claiming a street date. Then when I returned four hours later at closing time they were all on the pegs, the whole case of eight. While ecstatic I was also a little peeved at first. Did the guy lie just to keep from having to pull them from the back? Then I thought no, he probably gets asked to do it all the time and wanted to get the product out on the pegs for everyone to have a chance. He doesn’t know me from Adam Warlock. I could be a dirty scalper! But then again, I’m a customer, I have money, they have product, who is he to judge? It’s all a big convoluted mess when you think about it too hard. In the end I had my toys and Target had my money, a rare thing these days. Now to find Black Cat. Belly up it’s Happy Hour!

I’ll admit, I think I have a thing for guys in super heavy make-up. Joker has been a life-long semi-obsession but when I saw the Crow it just hit on all my cylinders. It’s the only movie I’ve ever seen in the theater more than once. Three times I went back. So it’s safe to say I was going to bite on this one, my second Hot Toys figure. My first being, you guessed it, TDK Joker.

The Crow hits in January and is still available from Sideshow if you want to jump on it. Here’s some of the promo pics to give a comparison between the prototype and the final product. The only big difference I can pick out is the paint detail on the teeth, at the separations. 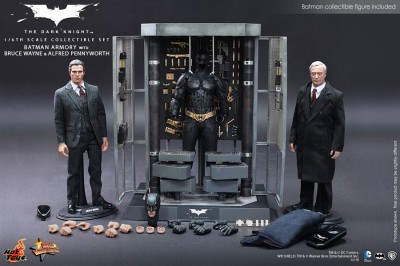 The guys on the forums are predicting this to be more than $700. Way too rich for my blood but I think it includes three figures along with all the accessories. The Batman suit looks empty until you plug the head (which includes the PERS eye feature) and hands into it.

As a hero with many superior tech and equipment, Batman uses a specialized armory to store all of his state-of-the-art weaponries and gadgets. Now Hot Toys is proud to present the 1/6th scale Batman Armory from The Dark Knight together in a set with Bruce Wayne and the firstly launched Alfred Pennyworth collectible figures.

The 1/6th scale Batman Armory is highly detailed and meticulously crafted based on its appearance in The Dark Knight featuring a Batman collectible figure with patented Parallel Eyeball Rolling System (PERS) and four newly sculpted interchangeable expressions, and a large collection of finely sculpted weapons and accessories.

The movie-accurate Bruce Wayne collectible is specially crafted based on the image of Christian Bale as Bruce Wayne in the motion picture highlighting the newly painted head sculpt and a finely tailored costume with striking details.

The movie-accurate Alfred Pennyworth collectible is specially crafted based on the image of the renowned Academy Award winner, Sir Michael Caine, as Alfred Pennyworth in the film highlighting the newly developed head sculpt, and an impressively tailored costume.

I also notice there is a remote control of some kind at Alfred’s feet. I can only guess this controls some kind of light feature. Which is a lot nicer than the switch on the back of my Joker base. 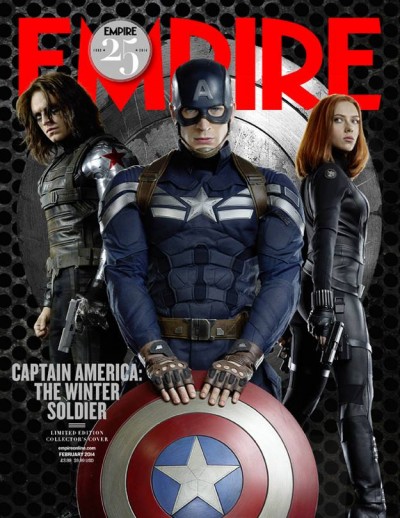 The interesting thing here, besides this movie looking awesome, is the look of the Winter Soldier. Shown unmasked, he does have heavy make-up around the eyes just like the Captain America Legends Infinite figure. 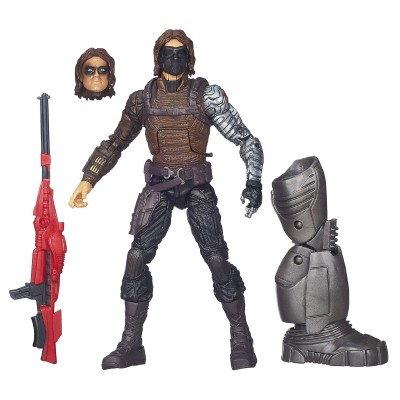 It also confirms that his vest is indeed brown. So for all of our cries of inaccuracy we end up with egg on our faces. Sleeve and boots are still up the air. And of course the picture may be from early production and the figure is based off that. Bottom line, the figure is at least accurate to reference material provided at some point.

Highly doubt the red repaint of Bob’s fishing lure gun is in the movie though. So there’s that.

In case you missed the trailer, or wanted to watch it again like I did after seeing the new picture, here it is again: 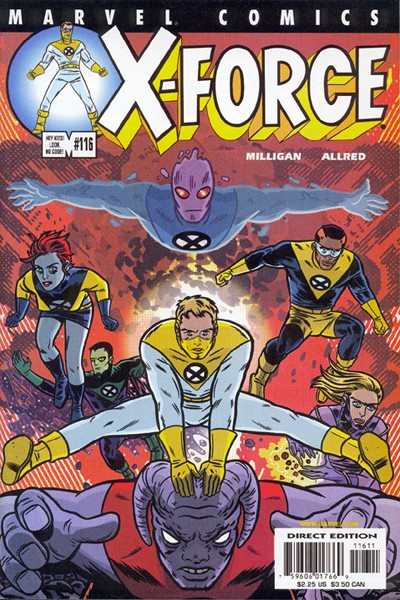 What I wouldn’t give for figures of this version of X-Force. Or rather, X-Statix. Guess I’m just going to have to stockpile some LCBH Madmans.