Greedo was tired of Tatooine.

He was tired of the heat most of all; the twin suns seemed intent on scrubbing away what was left of your sanity until you were nothing but a sun-maddened husk waiting to die. And the sand … the sand was interminable. It was everywhere: in the eyes, the mouth, a stinging, constant presence that you could only escape from in brief bursts, but it could find you wherever you were.

And then there were the people.

Greedo hated the people here most of all.

They were worse than the sand and the heat. These people, be they native or foreign,  human or alien, beast or droid, clung to Tatooine’s dried-out hide and shuffled about in their miserable little lives, making every other creature miserable by their compounded existence.

He shoved his way past a thieving nest of Jawas as he made his way through a back alley in Mos Eisley. practically running. He bumped a large quadruped who glared at him angrily.  He had to check to see if the rumor was true.

He confirmed the rumor at the space port.

The Millennium Falcon sat in all of its space trash glory, a broken down relic that was almost as notorious as its owner.

Han Solo was on Tatooine. 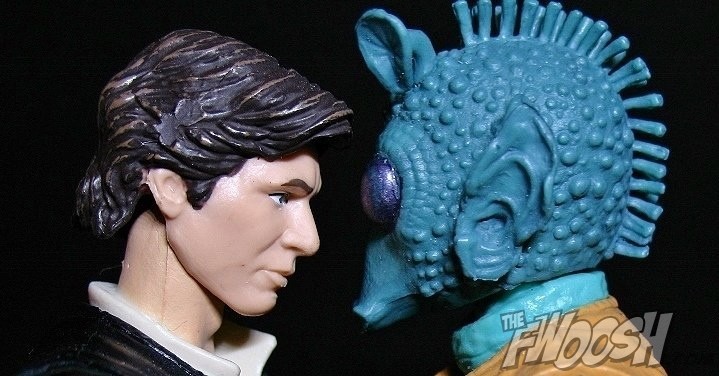 He laced his long green fingers together and stared up at the Falcon. There was a bounty on Solo that could make someone like Greedo a very wealthy individual. Jabba may have been filthy slime, but he was rich filthy slime, and he always paid his bounties.

He was imagining credits. Credits by the score. He had to get off this planet. There was a galaxy out there where he knew he could find his happiness. All he had to do was make enough credits to buy a ship. Or even better, maybe Jabba would let him keep the Falcon. Could he even dare to dream that?

Greedo, Captain of the Millennium Falcon, the ship that made the Kessel run in under 12 parsecs. He liked the sound of that. He had been thinking small before, but instead of some small ship that would get him off planet, why not leave in style, blowing the dust of this dirtball with a quality ship. 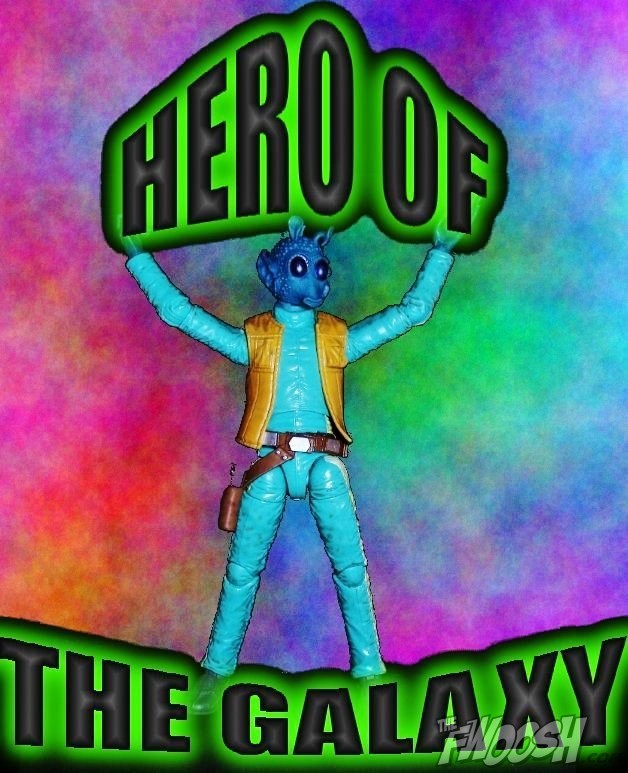 All he had to do was find Solo. Preferably alone, without the Wookie. Greedo had no inclination to battle a raging Wookie.

It didn’t take him long to run across Garindan, whose snoot always seemed to be dipped in everyone’s business. Garindan made it his job to be found easily by people with credits, and also made it his job to know a little bit about everything. Greedo managed to talk him down from his usual fee of ten credits for information by promising twice that amount when the information paid off.

Garindan scrutinized Greedo with those goggled eyes, and then nodded, squeaking out a consent. Greedo handed him 5 credits, which quickly disappeared into the folds of his cloak, and with the promise of 15 more, motioned him towards Chalmun’s Cantina.

Greedo felt annoyed that he hadn’t guessed that. Of course that sot would be at a cantina. Where else would he be? Now he was out 5 credits, and he would be out an additional 15 when he got to Solo.

Oh well, there was always a price. He’d have more than his share of credits by day’s end.

At Chalmun’s, he stayed in the darkness at the back, and scoped out the room, eagerly rubbing the grip on his blaster. He saw a brown swatch of fur and pushed past a short creature with a puggish face, but lost whatever he thought he had seen. The band kept up a distracting beat. Greedo hated that as well.

He ignored the dirty looks the bartender was tossing him. Greedo owed a couple dozen credits to Wuher and was taking a chance coming in here.

He finally spotted Solo in the back of the cantina. He was about to make his approach when a sudden commotion erupted from the bar. Greedo froze, and saw the swift flash of light. He heard a very distinctive sound he hadn’t heard in quite a long time but knew immediately — the flaring of a lightsaber.

The bar was still. Greedo glared over a shoulder and saw an old, bearded man survey the room. His posture was rigid yet fluid, and his eyes seemed to touch on every set of eyes in the room. Greedo looked away briefly, as if the old man could read his mind. When he looked back, the blade disappeared into the hilt, and the old man softened his stance.

He looked back towards Han, hoping he hadn’t lost him in the commotion. But he saw the old man was with him. Greedo held back, not wanting to meddle with anyone adept with a lightsaber, regardless of age. A young boy had also joined them. Greedo thought the boy looked familiar, but he also looked like hundreds of desert dwellers that came through these places.

Greedo waited. He was used to waiting. He could wait as long as needed.

Finally, the old man and the boy left. The Wookie was nowhere in sight. Solo was finally alone.

Greedo shoved his way quickly through the crowd. He pulled his blaster. He was thinking of credits, and a ship, and how much he hated this planet. Solo initially looked right past him, treating him as if he was not even worth noticing, but he couldn’t ignore the blaster that Greedo shoved in his face.

“Going somewhere, Solo?” Greedo sneered in his native tongue, having never bothered to learn basic. But Solo understood him. He knew he was defeated. This was Greedo’s moment.

Finally, he’d be leaving Tatooine behind. 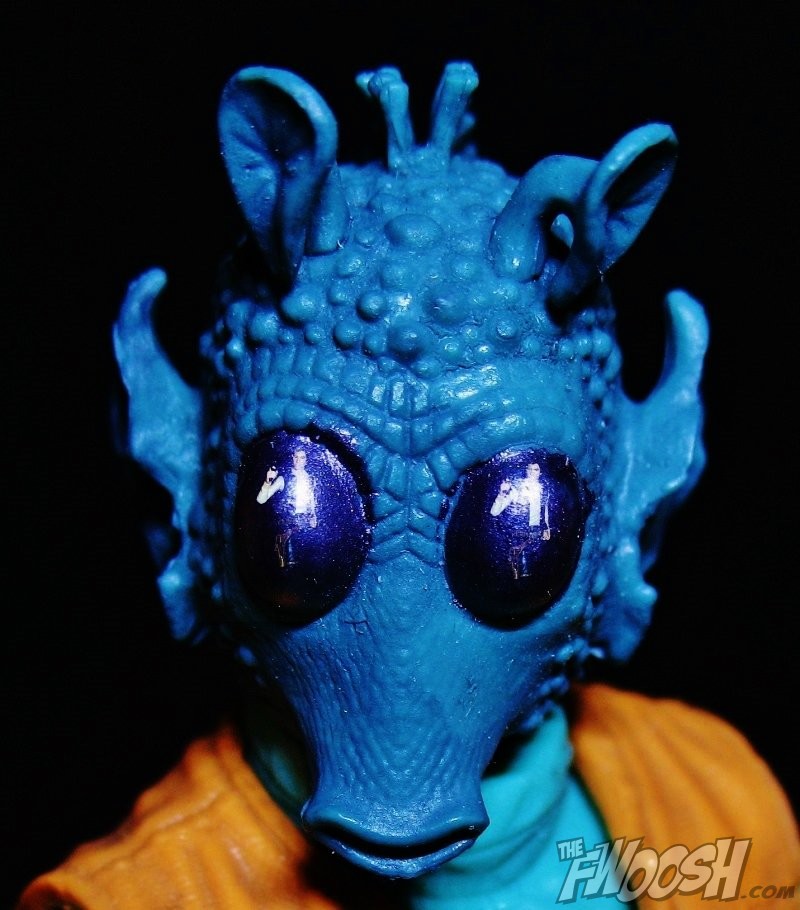 Discuss on the forum
Buy Greedo at BBTS