Let me start by saying I am tired. The movie showing was at midnight and after an hour delay because of technical issues, the movie started at 1 AM, close to pumpkin time.

Staying awake was not an issue. Being able to sort through the visuals, story, and sound assault on my pumpkinizing brain was another thing all together.

What an amazing film. Jackson continues to combine elements from the Tolkien world in order to further expand The Lord of the Rings story as well as tell the tale of The Hobbit. While there are many a person that did not agree with making The Hobbit into a trilogy, I am not one of them and agree with the storytelling magic that is going on before my eyes. Rarely are we treated to such fantastic movie-making and rarer still is it over a multi-film release. Harry Potter was amazing in that regard, and so is The Hobbit.

I will not be reviewing the movie, there are others such as VeeBee, JKL, and Jedd that will want to get into the nitty gritty of the movie. Instead, I’ll tell you about my experience, that of, once again, getting lost in Middle Earth. Of becoming not just a watcher from afar, but an actual participant. Perhaps it my love of fantasy and the lore of knights and monsters and dragons that pulls me in, or the respect that I have for what Peter Jackson is doing with this story. Throughout the whole viewing, I felt like I was a part of the story, traveling along with them, fighting with them. It was amazing.

There are some highlights I’d like to point out.

Smaug is amazing. Everything that he should be and more. Perfection, magnificent.

Bard. Jackson knows what he wants his characters to look like and how they should act. Bard is perfect.

The continued development of Sauron and the Ring is brilliant. Brilliant. Lovely. I can’t wait to watch all six films in sequence.

For the parents out there, your kids will be frightened, the giant monsters and dragon are quite … large and loud and may frighten your little ones. I know I will have to prep my youngest and I might have to exit the film with him. One never knows with him.

Is the movie being recommended? Yes. Without a doubt. But I will have to see it multiple times, there is a lot going on and lot happening and it easy to get lost as you are getting lost. Go. Enjoy. Stories like this on the big screen are rare. 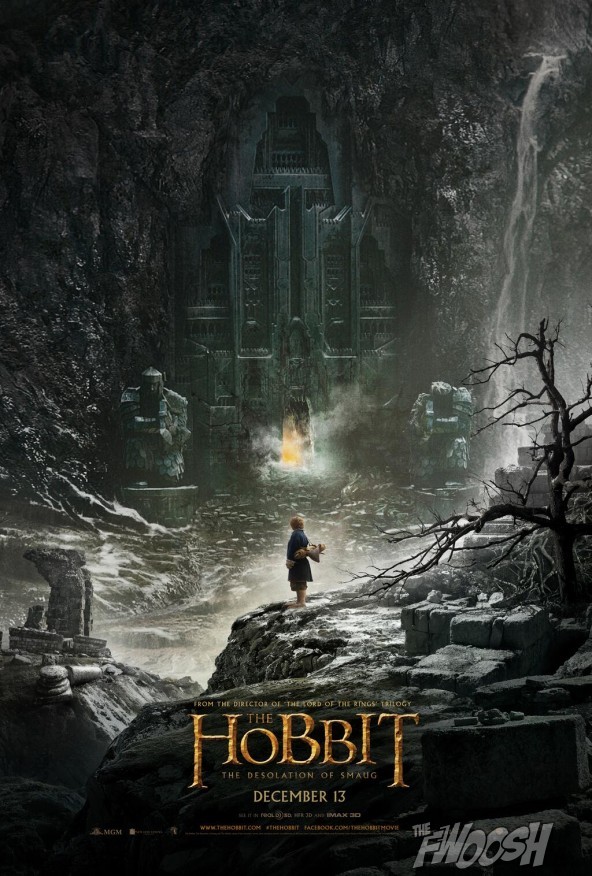