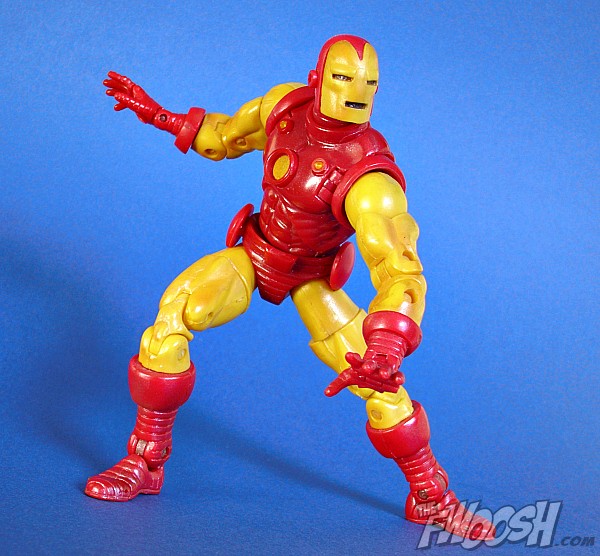 2002. It was different time then: men were men, toys were cheap, and the only time we looked at our phones was when they rang. Wave one Iron Man is a product of this rough-and-ready era. Packed with over 30 points of articulation and featuring a wall-mountable base and removable face-plate, this was an action figure you’d be proud to display next to your snowdeck and Korn poster. Those things were popular back then, right? 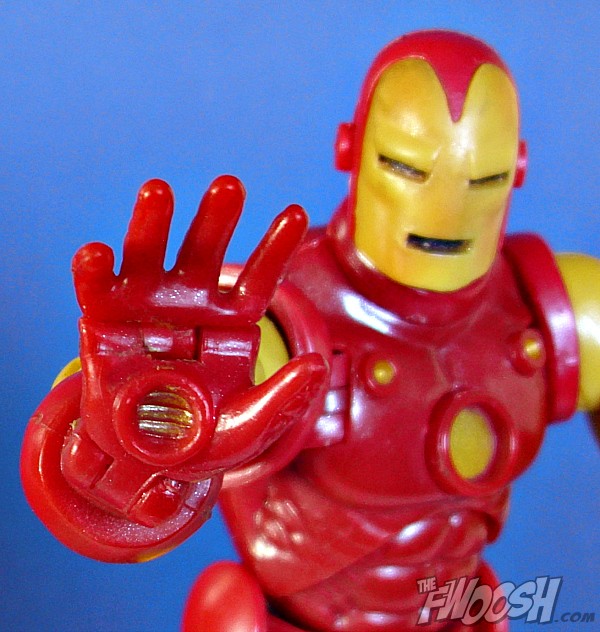 This has become known as the “classic” armor, and for good reason: Tony Stark wore it for the better part of 20 years. After the movie suits, it’s Shell-Head’s most recognizable look. ToyBiz played it smart, testing the waters with this iconic version before launching into the myriad and mind-numbing variations of the armor that followed. 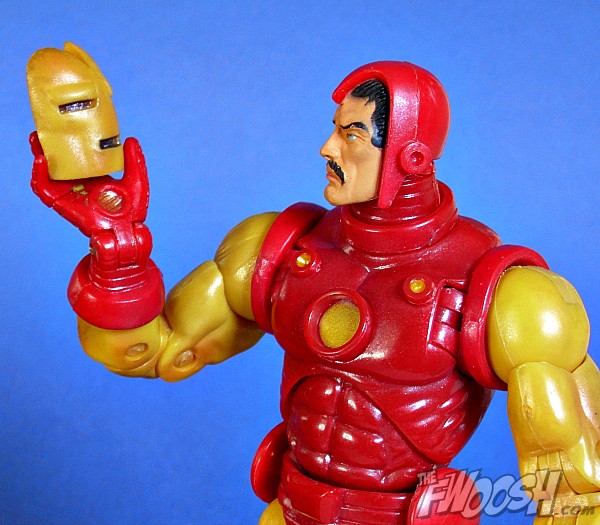 SCULPT: Very nice. While the torso is a tad slender for being a guy in armor and the arms track long in certain positions, these are minor gripes. Ultimately, it’s like Bob Layton’s artwork came to life and raided my wine cellar. Cheers! 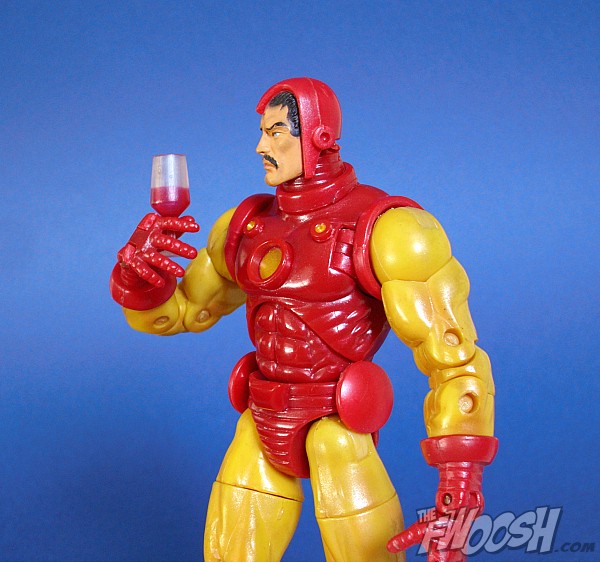 The face-place can be removed to reveal the world-weary visage of Tony Stark. It’s a terrific likeness: from his arched eyebrows to the cleft in his chin, this is ony to a T. While later versions of Iron Man would also feature removable face plates, none of them capture the inventor’s blend of overbearing arrogance and rakish charm. 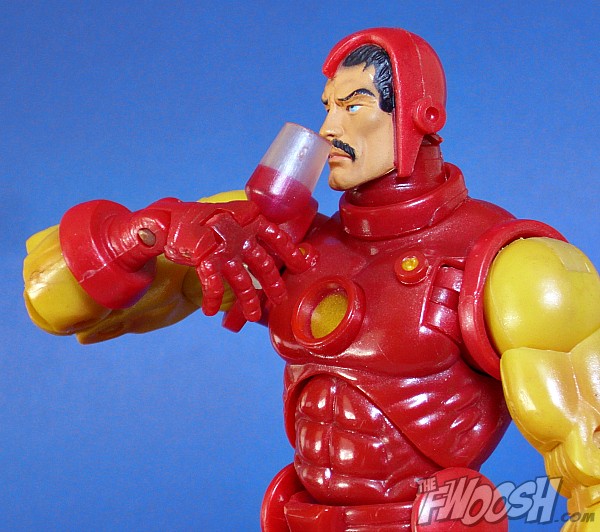 The rest of the sculpt is equally noteworthy. From his bucket-head to his accordion boots, every aspect of the classic armor is present and accounted for. Little details like his iron abs may seem silly, but they’re comic-accurate. Never underestimate the power of appearance to intimidate, I guess. Remember, this is a guy who once added a nose to his mask just to mess with people. 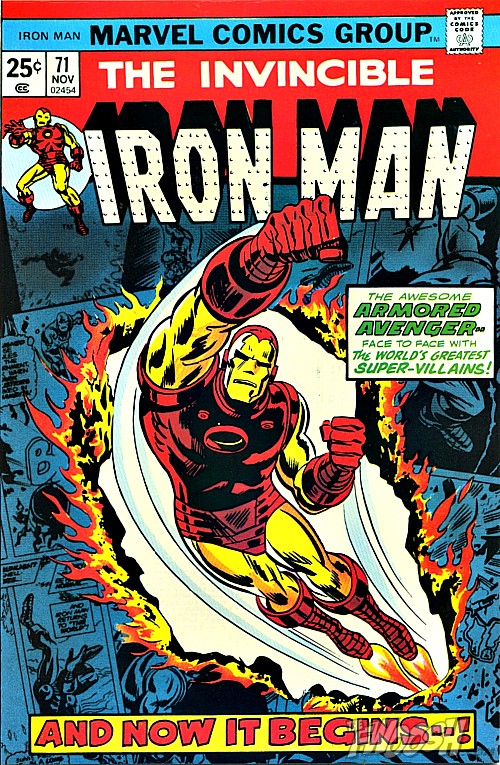 ARTICULATION: It’s all good. What do you need him to do? Turn? Parry? Dodge? He can do that. Fire his repulsors? Not a problem. Breakdance? Get a few more drinks in him and sure, he can bust a move. ToyBiz killed it here. Everything works great, and, aside from one glaring issue, it holds up well for its age. He’s got ankle-rockers, folks. Pretty good for wave one of anything. And look, he can almost do that thing that Iron Man does! 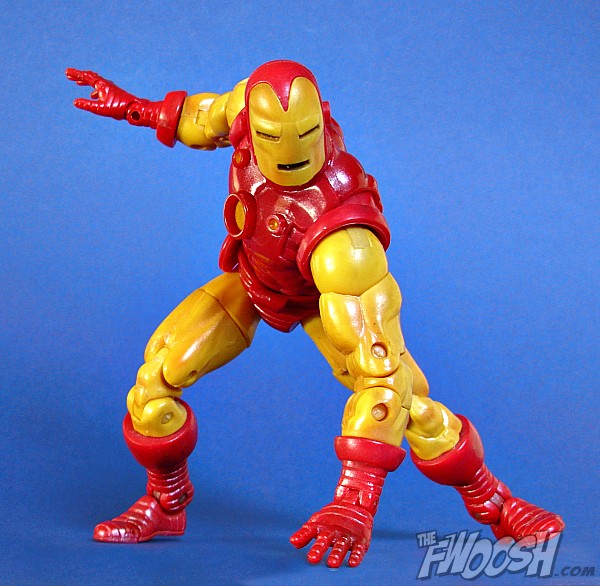 Here’s the problem. The figure has weird shoulder blades, which attach via an internal hinge; it’s meant to allow for more movement and does, but at the expense of creating giant gaps in his back. I can see how this might affect this figure’s standing in the eyes of collectors and limit it’s appeal. Personally, I’ve lived with it so long it doesn’t bother me. Innovation requires experimentation and Tony got stuck with experimental shoulders. If he can handle it, so can I. 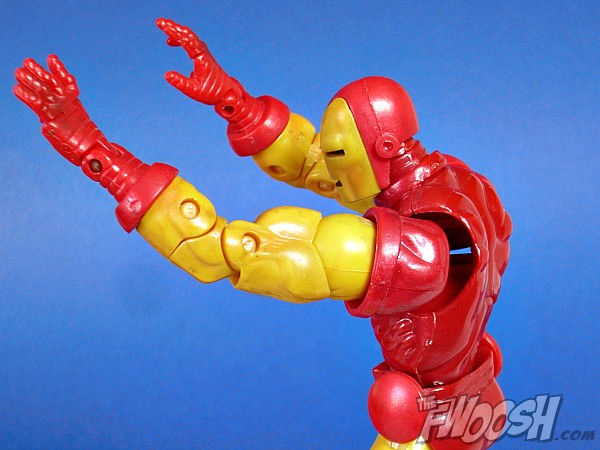 PAINT: The red and yellow of the suit is just colored plastic, but it appears to have some sort of clear sparkly overspray on it. It resembles the “swirly” plastic used on the recent Iron Monger Build-a-Figure, but it isn’t; I can tell because there’s a big spot missing on one of the boots, allowing the dull plastic beneath to show. You can see it for yourself just above the Fwoosh watermark at the bottom of the pic. 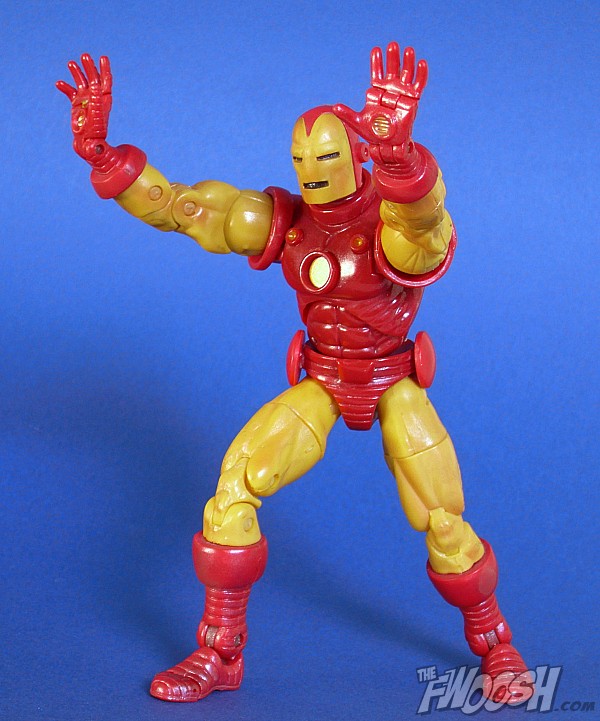 Small details like the black of the eye and mouth slits and the gold of the unibeam are cleanly done. The yellow areas of the suit get an overspray, which adds to it’s “metallic” effect. The only real paint issue are Tony’s eyes; the pupils are a little high considering the irises are centered, but it’s not terribly noticeable in person. 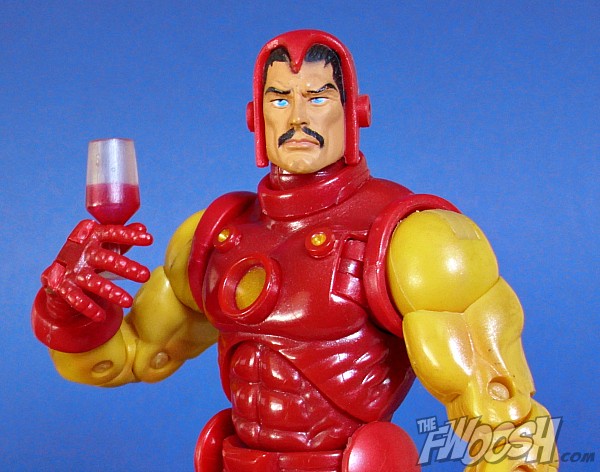 Wave one brought us this Iron Man, but that wouldn’t be the last time we saw this body in Marvel Legends. It was reused almost immediately for wave three Magneto, again for wave seven’s Silver Centurion, and finally ending with wave nine’s War Machine. 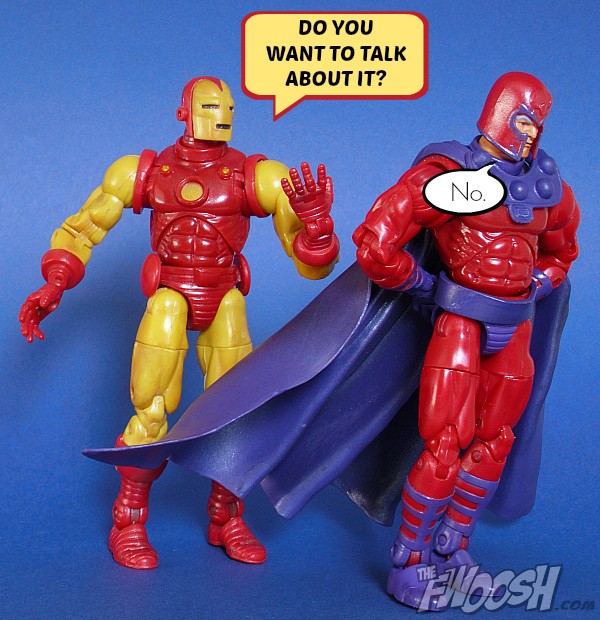 Wave one Iron Man is a great figure. It’s a picture-perfect representation of the Bronze Age armor, and is essential to any Stark armory. 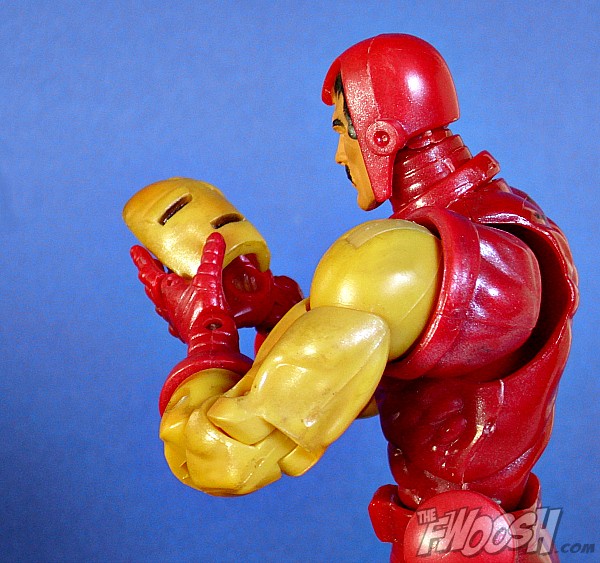