DC Club Infinite Earths may be officially done, but we still have a few final figures to look forward to next year, including Ice, who holds the distinction of being the final female figure in the line. Ice isn’t due out for a few more months, but a few loose figures popped up on eBay from a seller in China recently, so I snagged one because I couldn’t wait for the official release. The Fire and Ice duo is one of the things I love most from Justice League International, which just so happens to be my favorite incarnation of the Justice League, and since Fire and Ice are usually depicted as a pair, having Fire in my display all by herself was driving me crazy. Given the opportunity, I jumped at the chance to have Ice join Fire without hesitation. 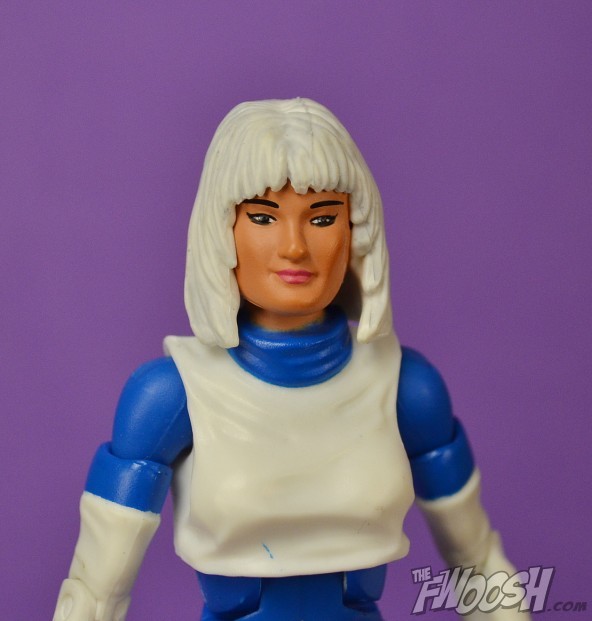 The figure is nice, but not perfect, and I’m not sure if these imperfections are due to this particular figure’s being an early production sample or what. It’s mostly her head that I’m having a hard time with. I’m not particularly crazy about her face sculpt. It’s a bit “boxy,” but I can live with it. I always pictured Ice as looking more Swedish or Scandinavian, but the figure makes her look like someone I’d probably run into in Denver. And that mold line that runs across her hair is all too visible and makes the figure look kinda sloppy and cheap. Couple that with the likelihood of her hair being glued on a little bit askew, and it’s a fairly imperfect head overall.

If the hair is on there crooked, I think I can live with it because it isn’t that bad, really, but it’s something I notice if I spend too long staring at that mold line. But then I see that blue smudge on her white half-shirt and I almost forget about the other problems. This is all fixable, of course, but I would have preferred to not have to fix anything, naturally. Hopefully the official release comes out cleaner. 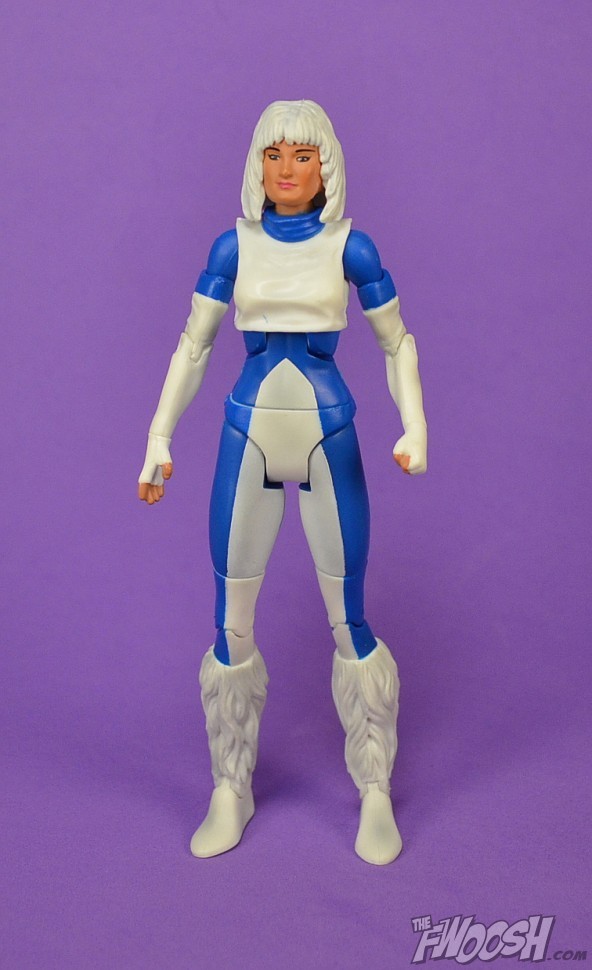 Aside from those imperfections, it’s a pretty nice-looking figure with clean, sharp paint apps and quite a few newly tooled and newly sculpted parts, including her lower legs, arms, and upper torso.

I assumed her half-shirt would be some kind of overlay, but it’s not — her upper torso is sculpted so as to resemble the half-shirt. I think I would have preferred the overlay, but what we got isn’t bad. 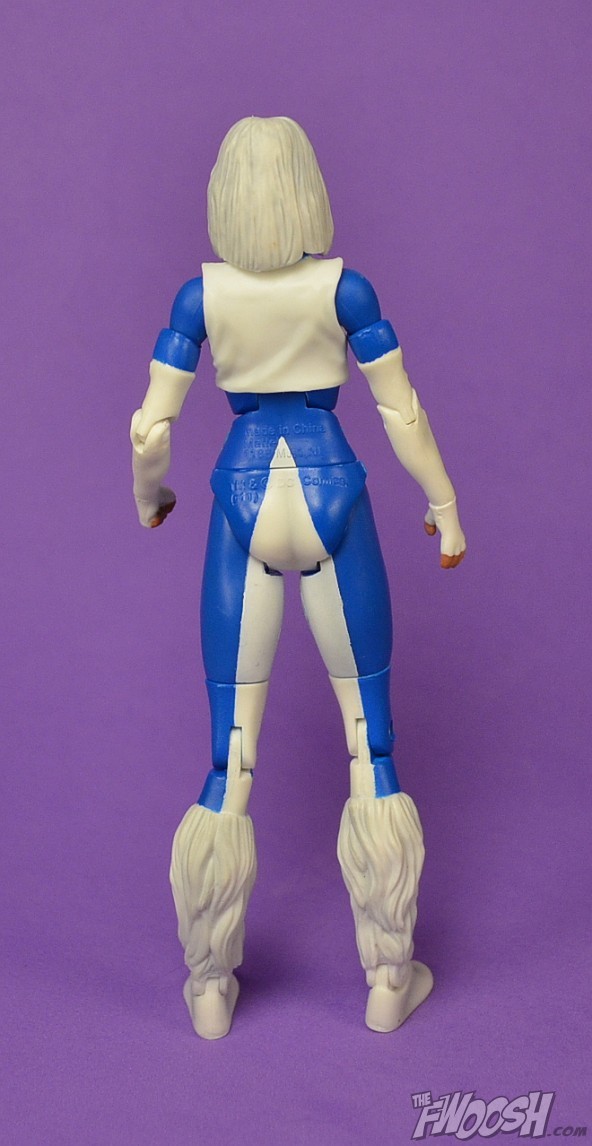 The “Made in China” bit of info on her lower back and backside is a little too prevalent and way too noticeable in good light. It looks as though she’s got a paragraph where you’d normally see a tramp stamp. It’s not attractive. 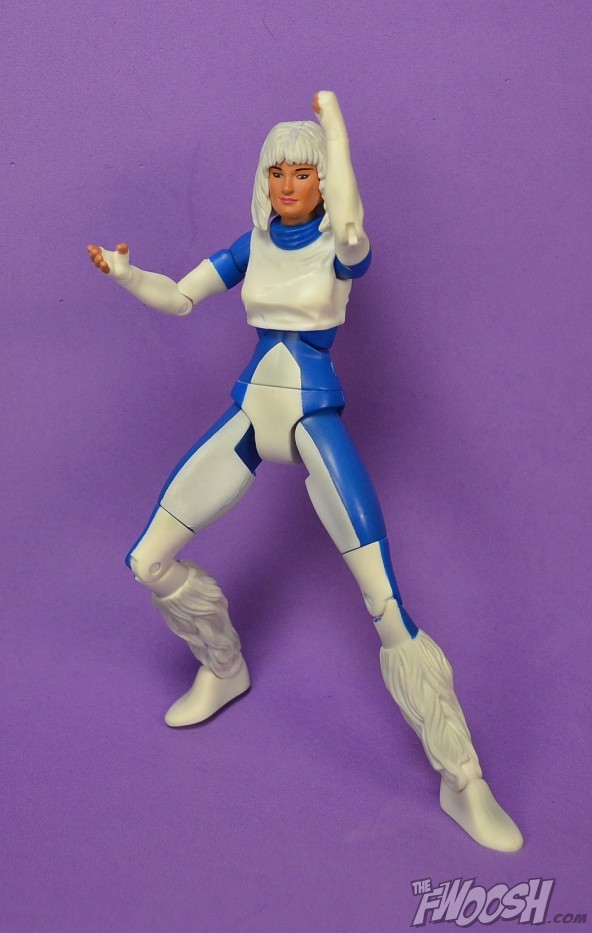 Her articulation is the standard female DCUC articulation we’ve seen a million times by now. There’s nothing new or interesting to report, but it should be noted that her head actually has a decent range of motion and feels as though it’s on a decent ball joint. Given the sculpt of her hair, I thought for sure she’d have just a swivel head, but it was a pleasant surprise to see it move as freely as it does. 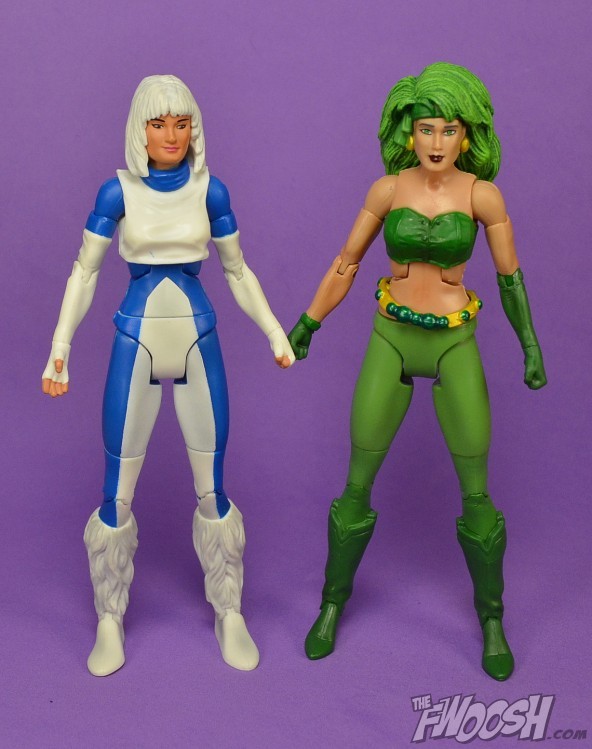 Being able to display her with Ice, let alone with Booster and Beetle, was worth the risk I took in ordering this figure. They look good together, even though neither is “perfect,” but that doesn’t bother me. They’re stylistically consistent with other DC Universe Classics releases, so it’s completely worth it and fun for me to finally have them together.

Like Fire, she’s supposed to come with an accessory that demonstrates her powers, but since this figure was a loose offering, she didn’t come with it, which is only a slight bummer. I’ll find something to take its place, but if you have any suggestions, I’m all ears. 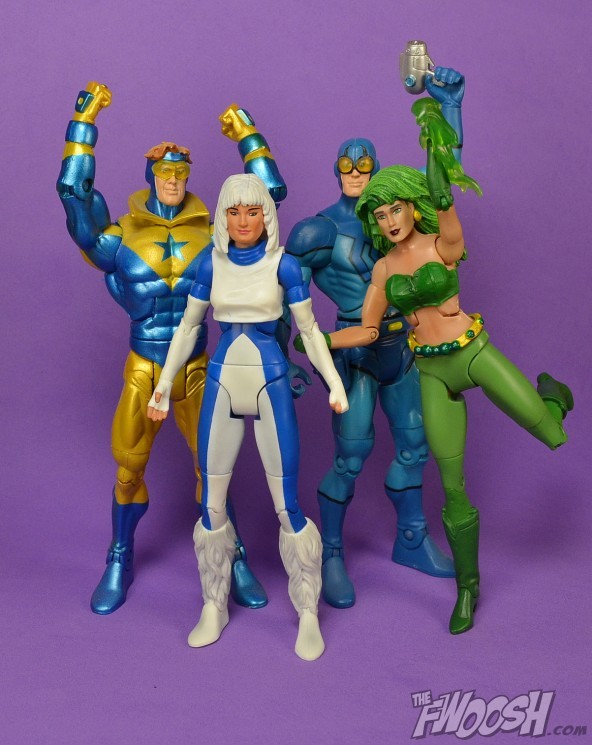 The above pic is pretty much why I bought her. Considering the club didn’t meet its minimum goal for 2014, Ice could have easily been shelved forever, so it’s pretty great of Mattel to find a way to get her out to us. If the final figure ends up looking better than this one, then I’ll likely snag another, but until then, I’m super happy to have at least this early sample to display on my shelves.

Ice should be on sale on Mattycollector in early 2014, so keep your eyes right here for her official Fwoosh First Look as her sale date gets closer.