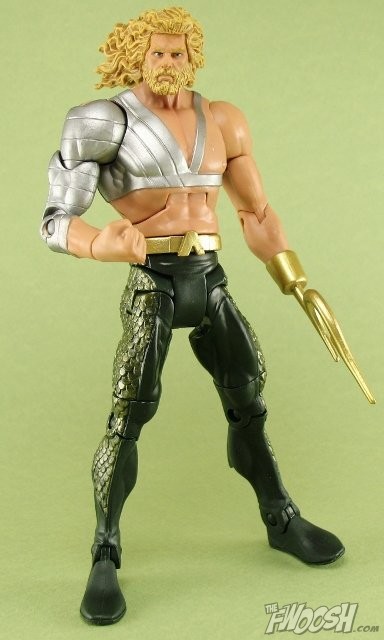 A short while ago I took a chance and bought an early … let’s say “sample copy” of the ‘90s version of Aquaman. Aquaman is intended to be one of four figures released in 2014 that will be the table scraps left over after the gigantic Thanksgiving Meal that was DCUC/DCIE. These have been randomly showing up at that place where things show up early, and fellow Fwoosher Canonball has already taken an early look at Ice. 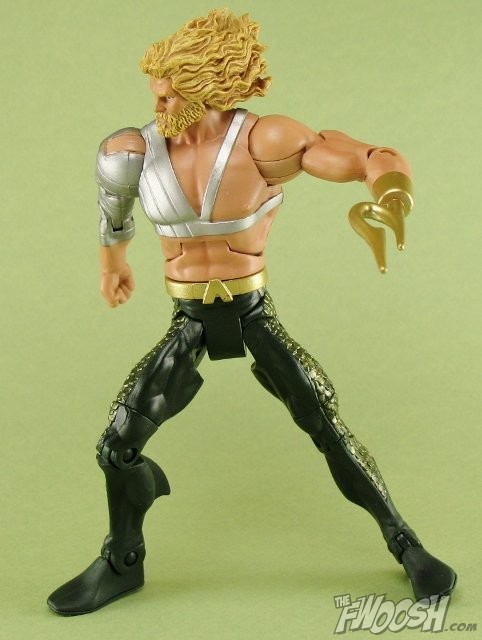 This is the third major costume variation of Aquaman to be released under the general Mattel DC banner, along with his classic orange and green, and his much derided (but personally enjoyed) ocean camo look.

Grant Morrison’s revitalization of the JLA in 1997 remains one of my favorite runs in comics. It punched a brand new life into what was a dying concept that had been watered down by way too much ‘90s excess. Following Mark Waid’s Midsummer’s Night Dream mini-series, which brought the “big seven“ back together again, Grant launched the JLA into larger-than-life stories befitting the greatest and most well known superheroes in the DC Universe. But things had changed since their meetings took place in a satellite. First of all, they were now on the moon. Superman was (briefly) made of electricity, the Flash was no longer Barry Allen, Green Lantern was a young punk upstart, and Aquaman had been turned into a bearded, one-handed Conan of the seas. 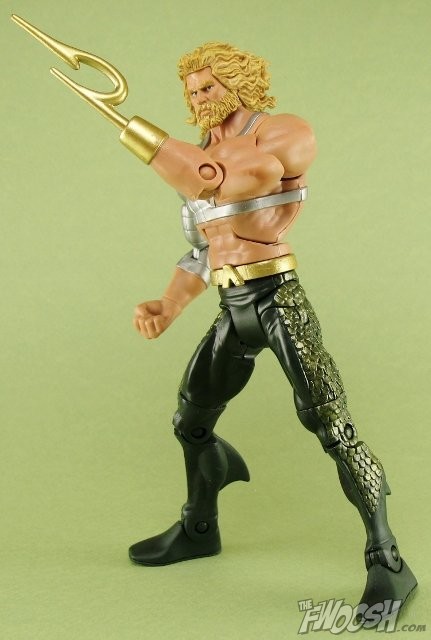 While we finally got a complete Satellite league, Aquaman here is only the next-to-last shot that needed to be fired in order to complete the original, core Morrison JLA. We still need a Kyle Rayner in order for this team to be truly complete — and I don’t meant the one we got in the Green Lantern subline; I mean a Kyle in his official ‘90s outfit. So yeah, not quite there.

Aquaman is overall a good-looking figure that actually features a lot of sculpting for a line that is dead. His head, shoulder, bicep, upper torso, left hand, and legs appear to be all new “tools.” 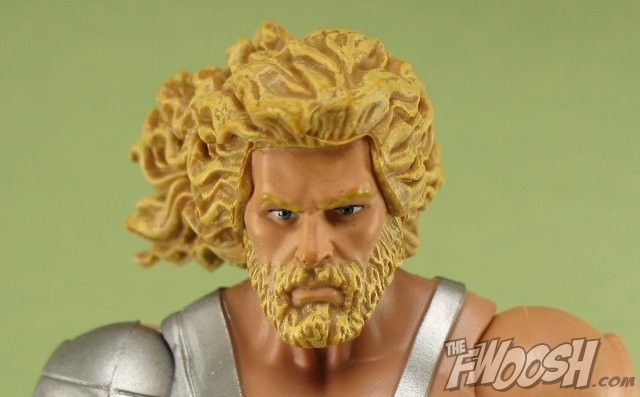 His head is one of the better heads to come out in a while, resembling the original Aquaman head except sporting the requisite facial hair and a slightly angrier expression because Aquaman at this time was a grumpy bastid. 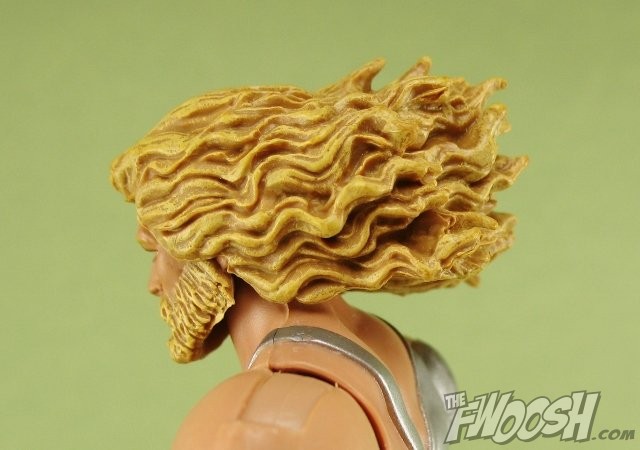 I know what they were going for with his hair — as if he were floating in water –but it’s a bit odd because it’s not really feasible to display him constantly floating in water, so he essentially looks like he used a few cans of Final Net and stood in front of a fan for a half hour. Don’t get me wrong, the hair looks great, the sculpt is perfect for what they were going for, but I think just having a neutral drape of hair would have made more sense, unless you want him to appear as if he’s running forward all the time. Which maybe you do. Who am I to judge? 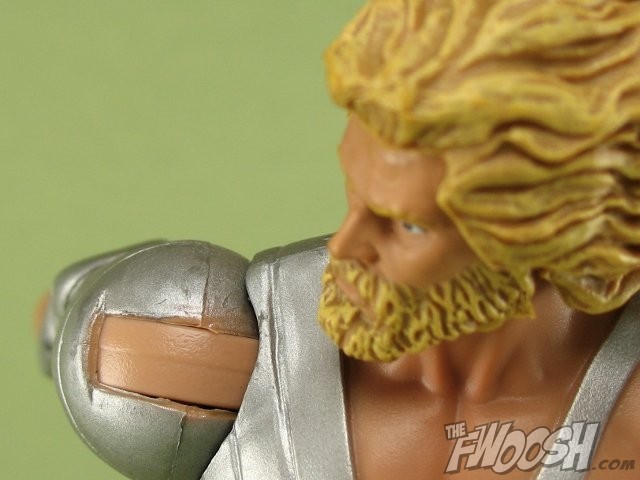 I’ll assume due to the circumstances of my acquisition of this figure that the flesh-tone disc of his shoulder-ball will not be like that on the final figure. I don’t know if this is common with others, but there may be somebody out there with two silver discs and no flesh one. That’s slightly annoying, but it won’t make me try for another one the day he goes on sale at Matty.

The sculpting of the metal bands on his chest is done very well, but something about the new torso doesn’t quite mesh with the abdominal part because the minimal torso articulation that these figures have is now reduced to almost zero. And it’s not due to the articulation being stuck, because it does move, but the sculpt catches it before it can move very far. 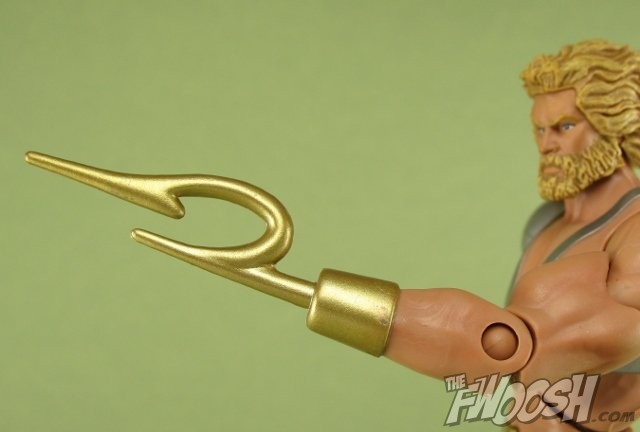 His hook/harpoon is well sculpted and scaled perfectly to him; it’s large and menacing without being cartoonishly oversized or points-and-laughs too small.

Overall Aquaman looks good standing around (as long as you pretend there’s a strong wind), and is a well-done figure that will add another team member to the Morrison JLA, while frustratingly not finishing off that particular team. I’m not as obsessed with finishing teams as some, but it is slightly annoying to have this line end with a team being so close to completion. I have hopes that Mattel will find some avenue to get out some of these figures, but who knows.

Aquaman will be on sale at MattyCollector.com next year. And hopefully will have the silver disc.