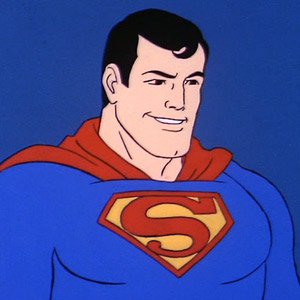 From the idjit that brought you Modern vs. Classic comes another pulse-pounding vomitorium of wordstuffs. While I tried to stay resolutely nonpartisan in my previous examination/castigation of online shenanigans, this time I’m afraid I have a bit of a bias.

See, I’m a comic purist. But … and there is a but to it, I’m also a big frickin’ hypocrite.

Yeah, total Shyamalan-styled twist ending to that sentence, I know. But to put all my cards on the table, let me go after the cartoon guys first. And I must stress this as hard as things can be stressed in the written word; it’s a cartoon. It’s not a toon. I mean, I love Roger Rabbit as much as anybody, as evidenced by my current ephemeral avatar, but seriously, you can go ahead and use the other three letters in that word. Cartoon.  That’s a complete word. You don’t hear anybody anywhere calling a comic a “mic” do you? Of course you don’t, because all of those idiots were rounded up and shot.

Aaaaanyway, cartoon guys, let’s talk about something. I love cartoons. Saturday mornings were holy to me back before they started that “educational and informational” stuff and Saturday mornings were ruined. There was nothing better in the ‘80s than coming home after a long day of trying very hard not to go completely insane during the most boring classes imaginable and watching GI Joe or Transformers or He-Man or whatever.

But the comics were better.

Seriously, dudes, they were. The comics were better. The GI Joe comic was better, the Transformers comic was better, Superhero comics were universally better than Superfriends. And I loved watching all that crap. I don’t care how much of a fuddy-duddy idiot you are; that crap was absolutely golden when you’re a kid and want to watch your toys move around and do things without you having to do it. I’m right there.

But the comics were better.

It won’t hurt you.

Batman: the Animated Series and Justice League Unlimited were phenomenal… but the comics are better.

If you’re into GI Joe and Larry Hama means nothing to you; if you’re a fan of Transforming robots and the names Bob Budiansky, Simon Furman, and James Roberts are foreign words; if you’re into superheroes and you’ve never looked into the broad four color universe … seek some frickin’ help. Diversity ain’t a sickness.

Now then, you comic purists.

You think you’re so clever. Yes, you can read; we’re very impressed by your ability to look at colorful pictures with a handful of words. Don’t worry, don’t freak out; as I said, I’m one of you. I am. Comics are the primary medium I hew to outside of my own imagination. Masters of the Universe is Paul Kupperberg, Alfredo Alcala, Mark Texeira, Donald Glut, and so forth to me, whereas it’s Filmation to the majority of others. And I’m not knocking that stuff because I love it, but I love the comics more.

M.A.S.K. and COPS? Love the cartoons. Hugely entertaining … but I dig the short-lived comics more. That’s just how I’m wired. So when I say what I’m about to say, know I say this coming from your side.

Juggernaut is my favorite Marvel villain. I love his indestructible, unstoppable power. I think he’s one of the more mismanaged characters in terms of sheer power, and sadly there’s only  a handful of comic stories that do him justice, chief among them Roger Stern’s Amazing Spider-Man two-parter and, oddly enough, Kurt Busiek’s single issue “What If Charles Xavier Got the Power of the Juggernaut” in the What if line. Great comic — read it if you haven’t.

But my love of Juggernaut didn’t come from a comic. 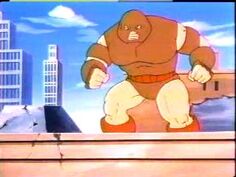 It came from that totally bad-ass episode of Spider-Man and his Amazing Friends where he rampaged his way towards the Xavier school. You know the one — with the Australian Wolverine.

How silly … no Australian could ever be Wolverine.

That episode ignited my little kid mind. It was awesome.

Comics ignite imagination. But the thing with those who strut around proudly using the term “toon-tard” or whatever don’t understand is that cartoons do too … and that’s the important part.

And as a Spider-friend fan from way back, I would absolutely murder anybody who stood in my way of getting a Videoman or Arachnoid.

God, that episode was terrifying.

Do they still have chads? I don’t know…