You don’t bring a knife to a gunfight, and you don’t go Hulkbustin’ without some serious armor. 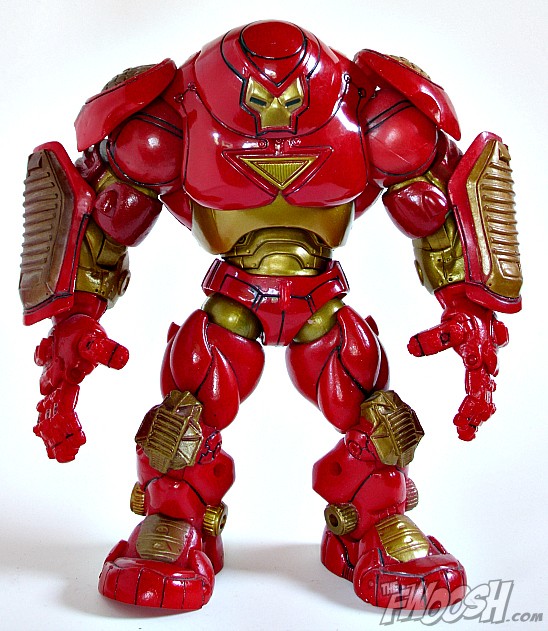 The Hulkbuster armor debuted waaay back in 1994 as an auxiliary module for the Model XII, better known as the Modular Armor. The XII was designed as a “base” suit, allowing Iron Man to swap weapons, scanning equipment, and other offensive and defensive devices via magnetic plug-in points situated at various points on the armor’s surface. It was an innovative concept — instead of Tony needing entirely different suits for different purposes, this setup allowed him to customize the armor to his current needs. Undersea? Check. Space travel? Check. Bustin’ Hulks? Check and double-check. 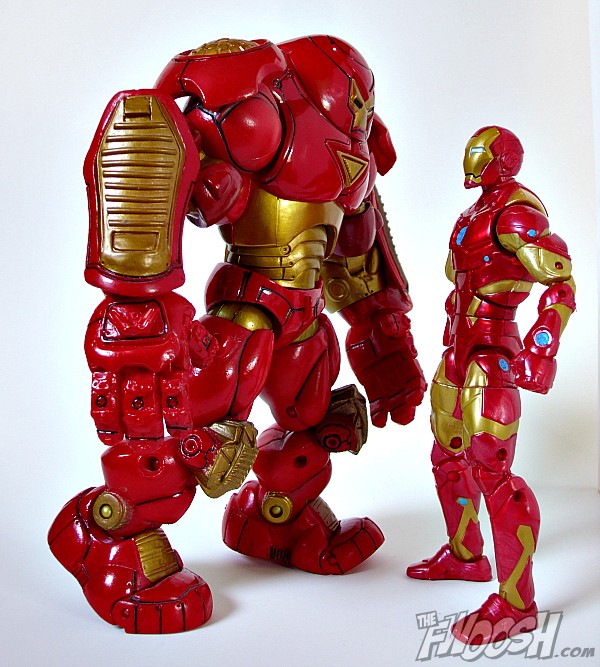 Hulkbuster Iron Man came to us in wave 11 of Marvel Legends, pushing the limits of what could be sold on a blister card. As you can see from the above photo, the figure was huge! At 8 inches, he made even Thor look puny. The idea that a figure this massive was sold at the same price-point as petite figures like Scarlet Witch and Mystique seemed amazing at the time (and is downright hard to believe today), but it’s true. ToyBiz may have dropped the ball on occasion, but this is a perfect example of the companys’ willingness to go above and beyond expectations in the interest of giving fans comic-accurate representations of Marvel characters. 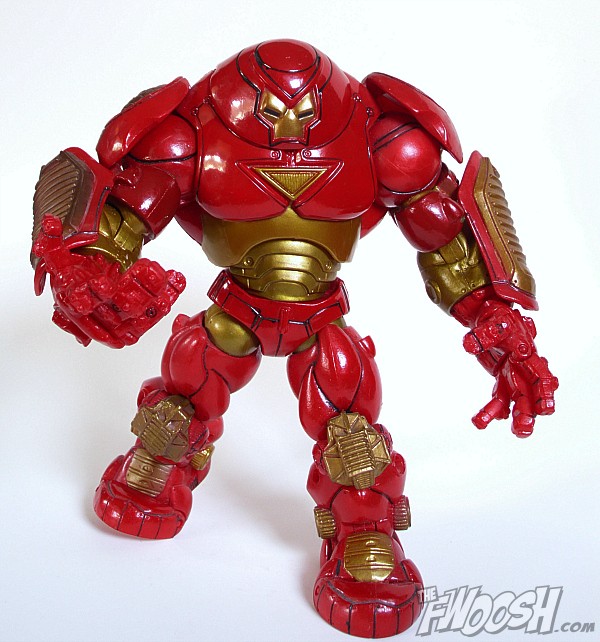 Sculptor Dave Cortes packed a lot of detail into the Hulkbuster — even more than originally appeared on the armor, as you can see from the image below. Note the large, gear-like pieces on the side of the boots, the funky knee pads, and the shift in placement of the uni-beam assemblage on the figure’s chest. 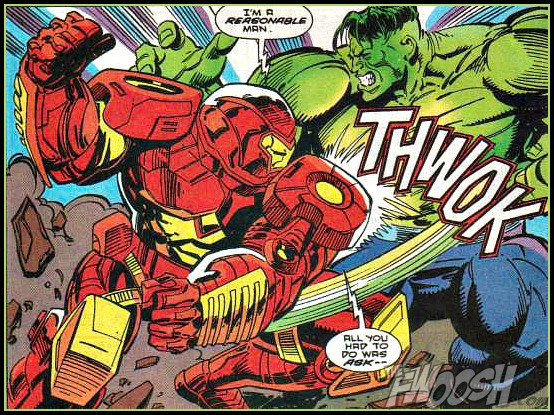 These were relatively minor tweaks that only add to the figure’s “heavy duty” look. It’s not super-detailed, but it doesn’t need to be. This armor is made up of thick, heavy segments, so there’s really no reason for it to have all the panels, flaps, and vents that have become synonymous with ol’ Shellhead. In a fight with the Hulk, those would be the weak points. 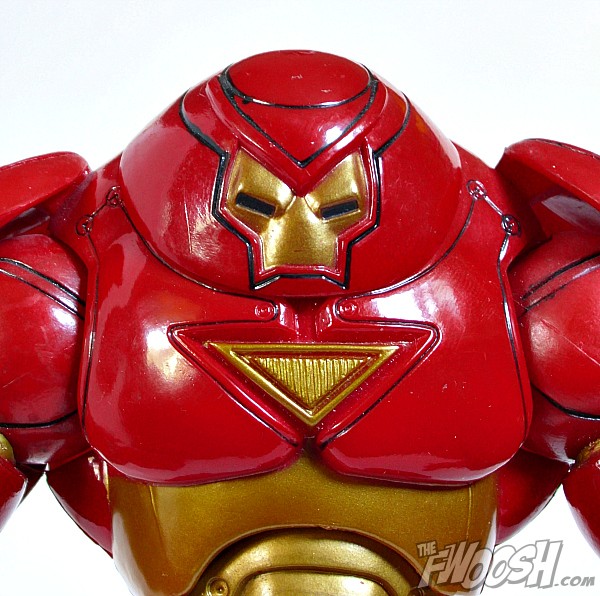 Hulkbuster has 36 points of articulation, but the figure’s size and construction limit them significantly. I’m guessing there was some concern on ToyBiz’s part that the weight of the figure would loosen the joints over time, so they went with “ratchet-style” articulation; you know, flat-edged hex pins as opposed to round. It was a nice gesture and shows forethought on their part, but it has its downside. During this shoot I discovered I couldn’t get the elbows to move past the first ratchet position, which made posing this fella kind of frustrating. He can’t really do much but “raise the roof.” Woot-woot. 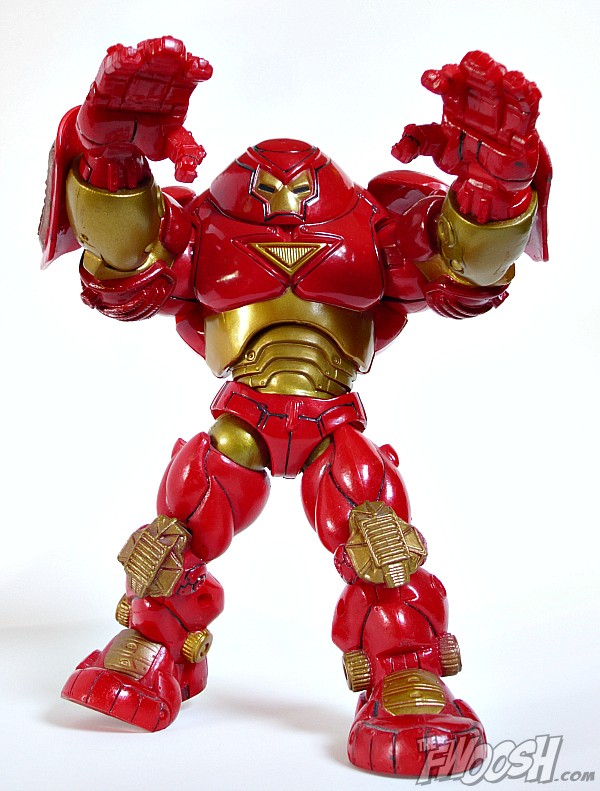 Hulkbuster features a nice hot-rod red paint job with gold accents. Unfortunately, the gold was applied rather heavily and it looks messy, especially next to that shiny red. There’s some black laid down in the grooves for definition, but the coverage is iffy. You’d think with a figure this big it would be easy to get clean lines, but the thin spots and random blotches of misplaced paint say otherwise. The fingers could have used some additional detailing, as well; without more of another color present, they just come off as big mechanical sausages. 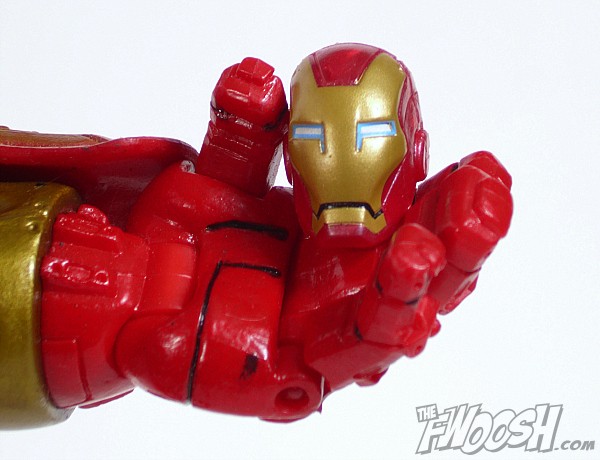 Because Hulkbuster Iron Man was released in the Legendary Riders wave, the figure came with a large and rather crappy-looking rocket sled. I would have taken a picture, but I somehow misplaced the darn thing between yesterday and today. It was big, gold, and not worth the space it takes up to display. Fortunately, the figure has an additional feature that balances out the previous shortcomings. Pop the hood, Tony! 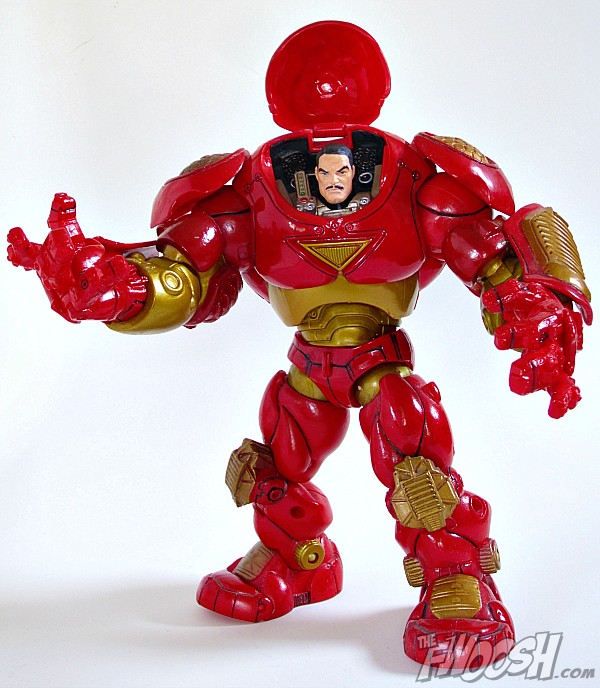 Pretty nifty, right? In its first appearance, the Hulkbuster components magnetically attached to an already suited-up Iron Man — think Russian matryoshka doll. This figure deviates from that, in that it has Tony wearing it like any other suit of armor. Its not a big deal, but is worth noting. Let’s take a closer look: 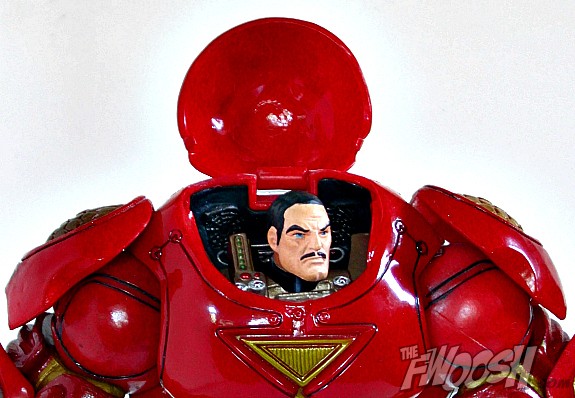 Is it just me, or does this look more like Clark Gable than Tony Stark? Sure, he’s got Tony’s legendary lip-tickler and baby blues, but beyond that, I’m not seeing a resemblance. If you were reading the comic when this suit debuted, you’re familiar with Tony’s bitter old uncle Morgan Stark — this sculpt looks almost exactly like him: 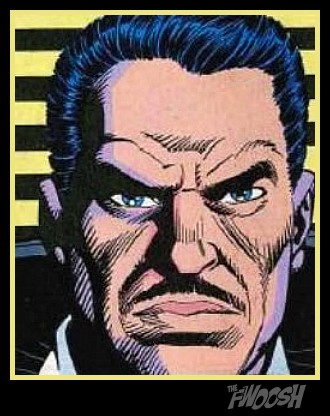 I don’t know if there was a mixup in the reference material or whether ol’ Morgan just slipped the sculptor a $20. Either way, it looks weird. 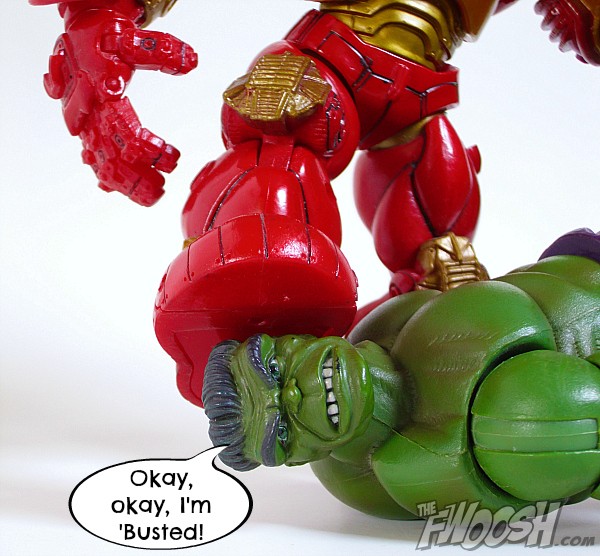 In the end, Hulkbuster is a nice figure. He’s not perfect, but the pros definitely outweigh the cons. He’s well worth adding to your Hall of Armors.

Discuss on the Fwoosh forums.