From the journal of SFC Stephen Poulson, 75th Rangers: 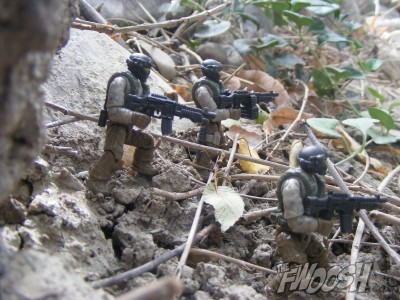 It happened so fast.

That sounds stupid.  That’s just the kind of thing the unprepared always say, but regardless, it’s completely true this time. It happened so damned fast.  We we en route back to Benning when the “fighting” — if you can call it that — started. 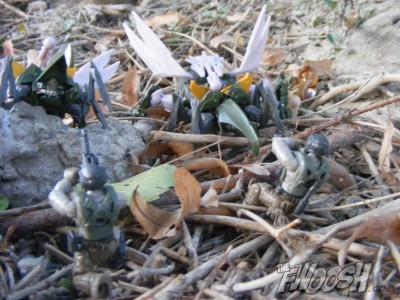 They were everywhere too — that old line.  Literally, though, they were all over the place, hiding in plain sight. We lost our transport in seconds; lucky as many of us made it out as we did.   They knew just what to hit to leave us deaf and blind within minutes. Speed, technology, and the violence of action. We thought we were good at it, but compared to these things?  We barely speak the words.  Anyway, with things like NORAD, MDA, and SACom out of the picture, we couldn’t even launch a counterattack.  These sons of bitches have their own air force, and they used it to wipe out most of ours. And whatever was left, well …

We fought our way back toward a rally point that was supposed to be used for CASEVAC or exfill, but we found out the hard way that there were going to be no rides home from this one. I lost some good men, trying to stick to the plan. But plans tend not to survive first contact, and this was no exception. 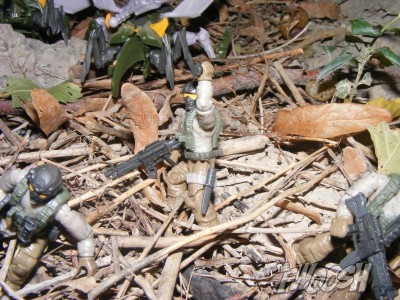 We’ve run across a few different kinds of these things.  The smaller ones, the “bugs,” bad as they were, are nothing compared to the bigger ones that change into vehicles.  They aren’t drones, either. There’s … personality behind them, guiding them.  I overheard one talking to another.  While it’s obvious they’re here for a reason,  I think they actually enjoy destroying us. 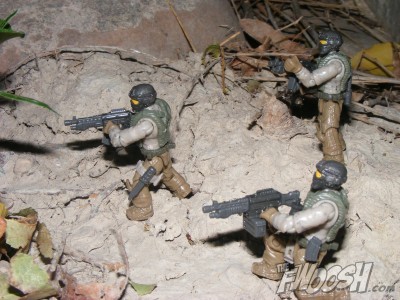 We were cutting across some low land — the cities are burning — looking for survivors.  Well, not exactly “survivors.”  We were looking for fighters.  We had to leave friends behind, and we were looking to patch together a fire team and get some payback.  Anyway, emotions were high, and we got sloppy. 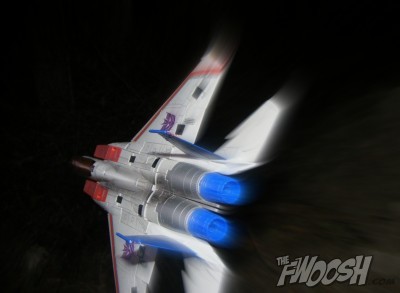 I didn’t even see it coming until it was way too late. I mean, it looked like an F-15 … something we’re used to seeing. On our side. My SFC was out in front; he had nowhere to go. After going black for a few minutes, we scrambled down the hillside, looking for him, hoping, praying … and that was when we saw something else entirely. 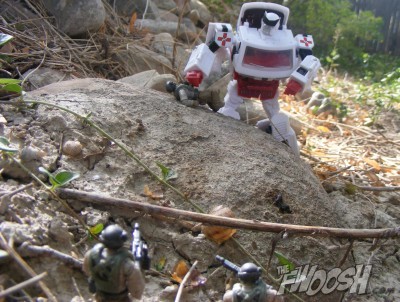 “Your soldier here has suffered some pretty significant damage. I’ve stemmed his fluid loss, but he’s going to need some human medical attention quickly.  I’m not very experienced with your type of trauma.”

I couldn’t process what I was seeing.  It spoke to us, matter-of-factly, but with what almost sounded like concern in it’s voice. He had my SFC in … its … his … hand, compressing the wound. I hadn’t even noticed that I lowered my rifle.  Unbelievable. We had been firing at these things all night, we’d lost men to them, and the first one I draw a clear bead on is … trying to save this man? 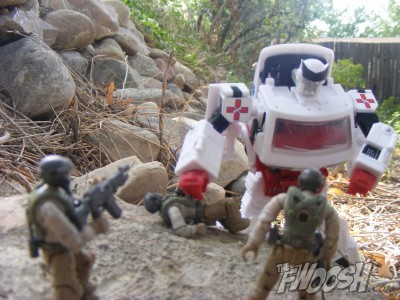 “Look, I understand your concern, but we’re going to need to get moving, here. That Decepticon that strafed you will eventually make another pass.  We need to get this one to a medic-bay, ah, hospital while there’s still time.”

I didn’t have time to be incredulous, so I cleared my throat … and talked. 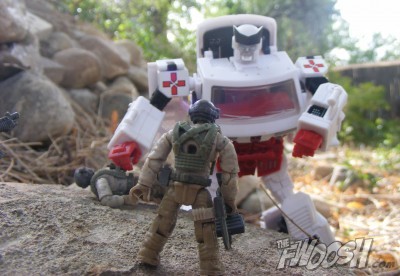 “Correct. I’m a Chief Medical Officer, to be exact.”

I didn’t know what to say.

“As hard as it is to believe, I’m not your enemy. I’m an Autobot … that is, I fight the spawns of glitches that are laying waste to your poor world right now.  Listen, I realize this is a lot to take in, but you’re going to have to trust me for the moment. I have … friends on their way to help, but I don’t think your soldier has that long.” 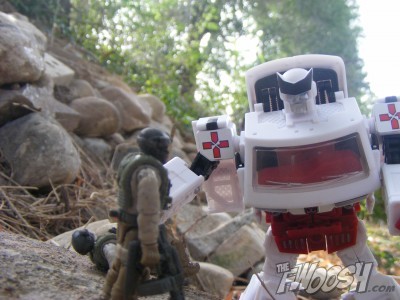 “Ah. Well, slag it. We’re going to need to improvise, then.” 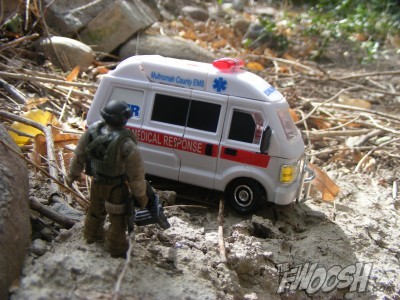 Next thing I know, there’s a buzz of gears and metal shifting, and what was a robot taller than a house is now an ambulance. I mean, we knew they turned into things, but an ambulance … no wonder they had us completely by surprise. 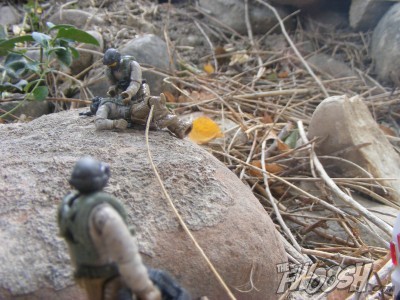 “Like I said, I’m not real familiar with human physiology, so I’m going to need your help stabilizing him. But if experience has taught me anything, it’s that the battlefield is a bad place for repair work. Please, climb in.”

It’s difficult to explain. We’d been shot at, chased, and nearly killed by a half dozen of these monster robots. But here was a medic, who turned into a damn ambulance, claiming to be from an opposing side, and offering to try and help an injured man.  For all I knew, he was going to change again into a meat-grinder as soon as we stepped in. 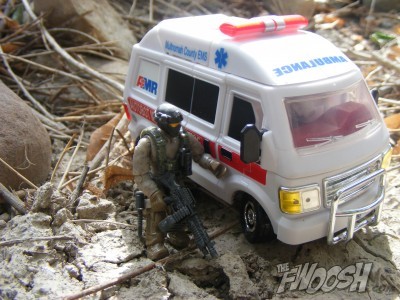