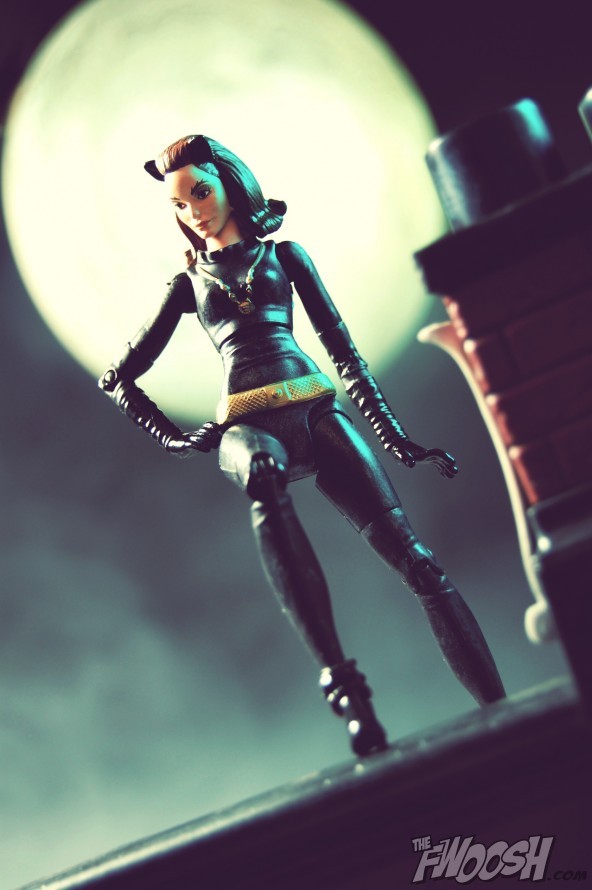 Catwoman completes the main lineup of Bat-villains in Mattel’s Batman Classic TV Series 6-inch action figure line.   One of the more amusing aspects of the classic Batman series for me is watching the ever-stolid Batman trying to cope with Catwoman’s feminine wiles.  I recently watched an episode where Batman allowed Catwoman to escape because he chivalrously allowed her to powder her nose prior to carting her off to the hoosegow. It sounds ridiculous, but it’s played so straight by Adam West and over the top by Newmar that it’s pretty amusing.

This figure comes with a stand and “collector card.”  The paltry accessory offerings in this line are pretty sad.  I would have appreciated an alternate masked head sculpt for Catwoman, or perhaps a golden cat idol often seen in the backdrop in one of Catwoman’s hideouts.

Catwoman is an all-new sculpt, which is always nice to see in this era of mass reuse of parts.  She has an appropriate hourglass figure, but the figure seems a little more wirey than Julie Newmar was.

Speaking of Newmar, I’m not seeing the likeness to her here at all, nor to Lee Merriweather for that matter.  Certainly not Ertha Kitt.  It really stands out when you put her near her villainous peers that have pretty good likenesses.

One detail missing from her outfit is her gold fingernails often seen attached to her gloves. 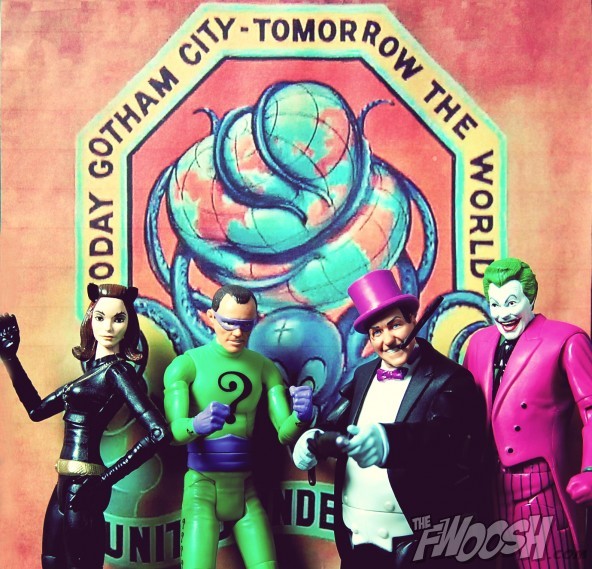 Catwoman has the following articulation: 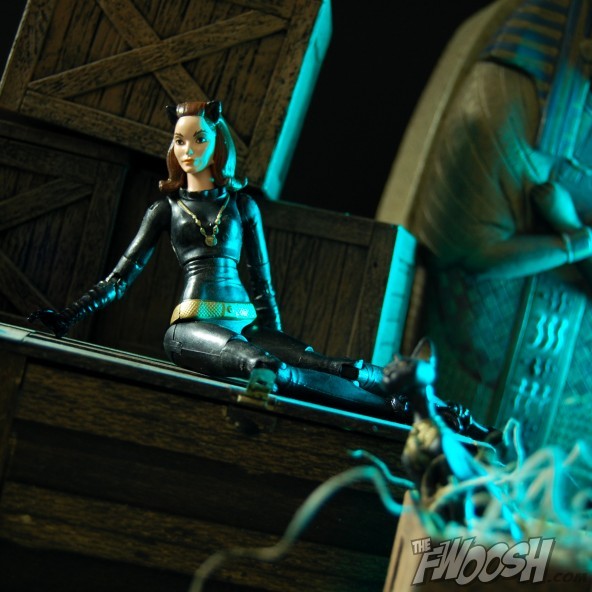 I believe the mid-torso joint is supposed to be ball-jointed, but it only swivels, so she’s a bit of a stiff poser.  A torso ball-joint like the ones used in the Star Wars Black 6-inch line would have been great and would have allowed for nice contrapposto poses. 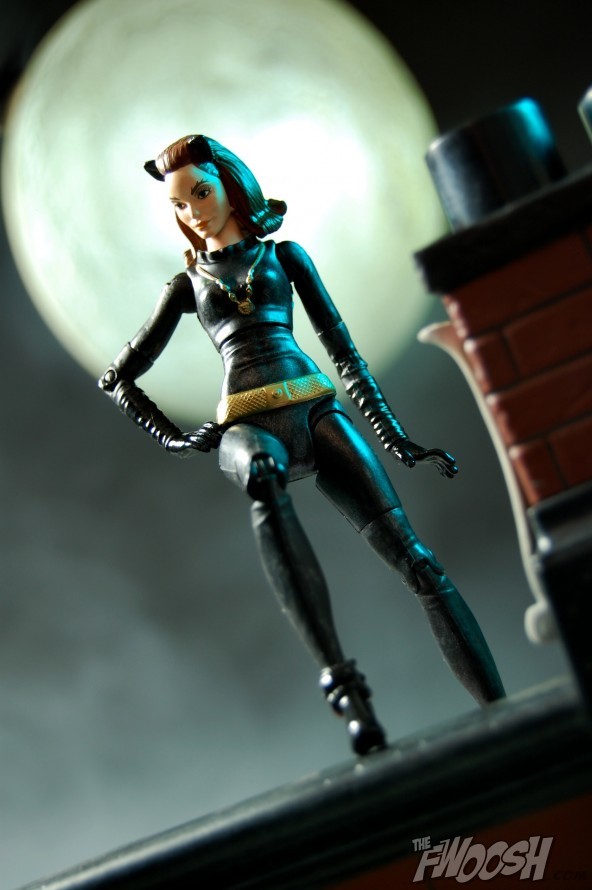 One cool thing about her articulation and sculpt is that it allows her to rest her hands on her hips and cross her arms over her chest, which is very appropriate for the character.  Unfortunately the shape of her hands does limit her utility and she can’t really hold anything.  She also does have a little trouble standing due to her tiny feet. 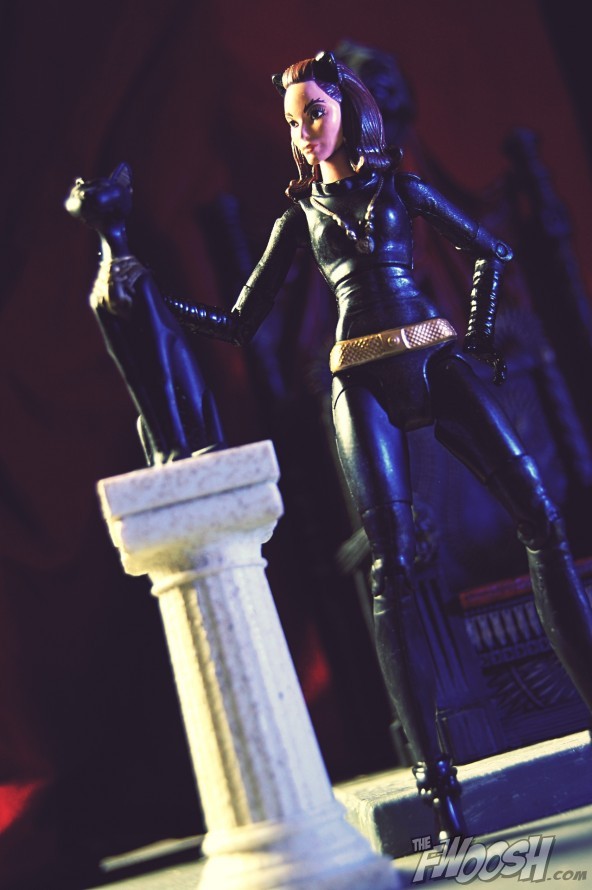 Paint is nice and sharp on Catwoman’s face, with a smattering of shiny flecks on the main body to simulate the sheen of Newmar’s costume and gloss for her boots and gloves. 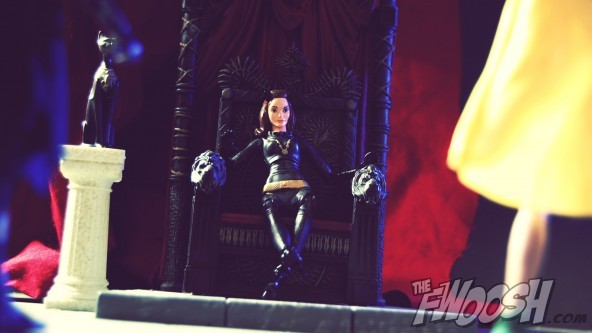 You need Catwoman to complete your villain set, and on its own, this Catwoman is a decent figure.

I just feel like she doesn’t quite hold up to the quality of likeness sculpts in the rest of the line, and that’s not a particularly high bar. 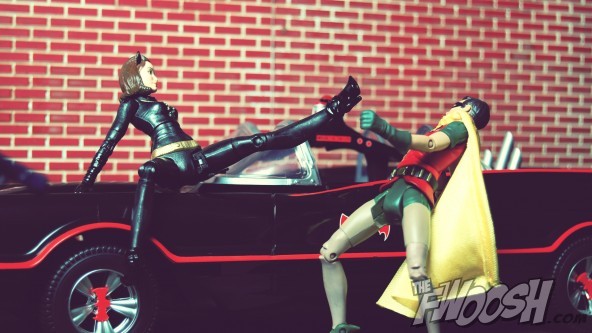 She kind of reminds me of the Barbie version.