I promised you more Kevin Kosse Creations goodness, right? Well, I am glad to see you back because this time around we have something completely different from that Filmation Mantenna mouth we previewed last week. While that is an awesome piece to completely change the look and feel of a long-established character, this new piece offers something never really conceptualized in any Masters of the Universe toy line before. Have you ever wondered what Snout Spout or Sky High looked like under those helmets? Or do you perhaps like the idea of your Horde Troopers being human more than robots? Well, Mr. Kosse has provided us a unique opportunity in being able to realize any of these things. He is now offering a new head that is compatible with all male MOTUC figures, and, for the purpose of this article, I am going to refer to him as the “Clone,” because he was referred to as such on the MOTUCHeads Facebook page when he made his debut.

I love that the MOTU property has room for a lot of interpretations and imagination and makes itself accessible to adding characters or ideas base on what you want the mythos to be. So while it might be a long-established tradition that Hordak’s primary military forces are made up of robotic Horde Troopers, who is to say that all that don the yellow-eyed helmet is a robot? Perhaps some of them are actually human, like, say, maybe the ranking officers. We all know they had an awesome leader in General Sunder before his rebellion, right? Or maybe before the Horde came to technology they had to rely on good old-fashioned flesh and blood to pillage planets. So what would a Horde enlisted man look like? Or perhaps what would a Horde clone look like? I think Kevin has done a great job in putting a face to an interesting concept.

It is cool because while the head sculpt has a kind of generic feel to it (intentional) with the shorn head, it still has a lot of personality. Aside from the goatee and earring, the face is relatively unadorned, but he still looks like someone who was bred to crush/kill/destroy. I mean, the head looks good as a face for Sky High, but seeing it on the Horde Trooper body just looks cool, and you can imagine exact copies or mild variations repeated ad nauseam through Catra’s infantry as they gear up for battle against those pesky Rebels.

That being said, I think he makes a great start to a unique character as well. I can see him being an Eternian fighting blacksmith or strong man. Hey, he could be a former performer in a strong man sideshow act in Crackers the Clown’s travelling circus! That is a great idea that everyone will love, right? Right? Okay… how about a pirate from Sea Hawk’s crew? I think I like that idea (he looks a lot like one of them, that is for sure) so I might run with it. 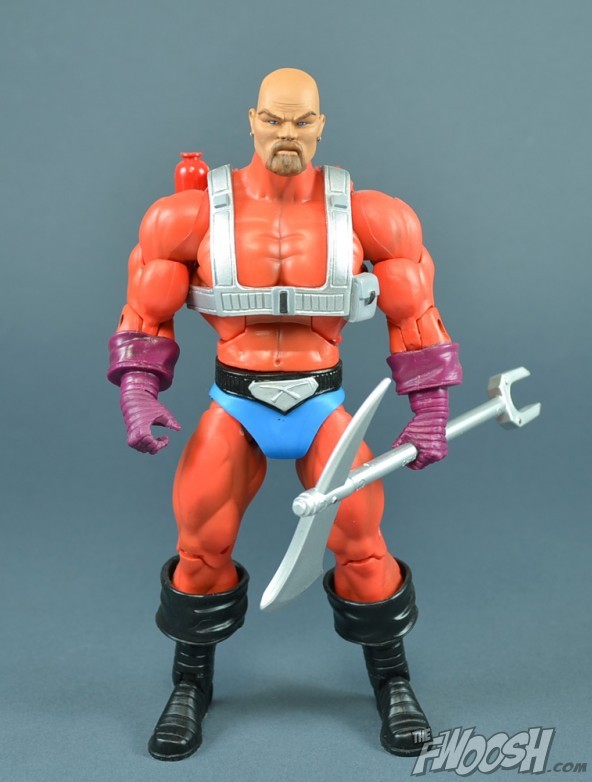 The point is, there are so many uses for this head if you have the imagination for it. I love introducing new concepts and characters into MOTU, or folding in characters from other properties as well. The ever-expanding universe can be a lot of fun when you have talented guys like Kevin leading the way. I don’t want MOTUC to ever end, but if it does, he and others will be keeping the line alive with add-ons, kits, and unique characters. So stop by the MOTUCHeads Facebook page, give it a “Like” and check out all of the cool stuff Kevin Kosse has to offer. 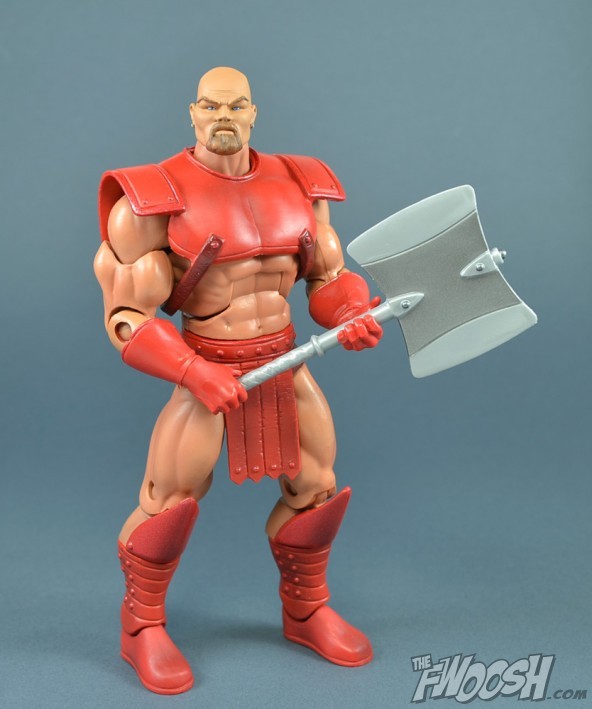