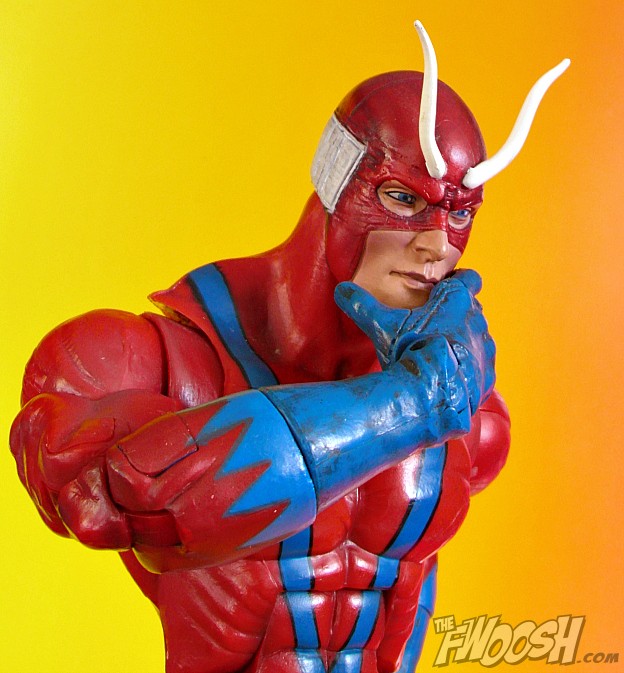 Writing about Hank Pym is like writing about Michael Richards after his comedy club incident. In spite of the decades of enjoyment he provided his audience, as soon as he exhibited human weakness and poor judgement, everyone turned on him. Never mind the fact that countless others have shown the same traits and failings, but because it happened in public, he’s now fair game for every Internet troll out there. It’s an easy way of getting around a taboo subject. Look at it this way: if someone were to make a joke about domestic abuse in an article about toys, the outrage would be considerable. Make a joke about Hank Pym smacking his wife, and the Internet can’t wait to chime in with their clever insights. Why is that? And what does this have to do with this figure? Hmmm. You tell me. 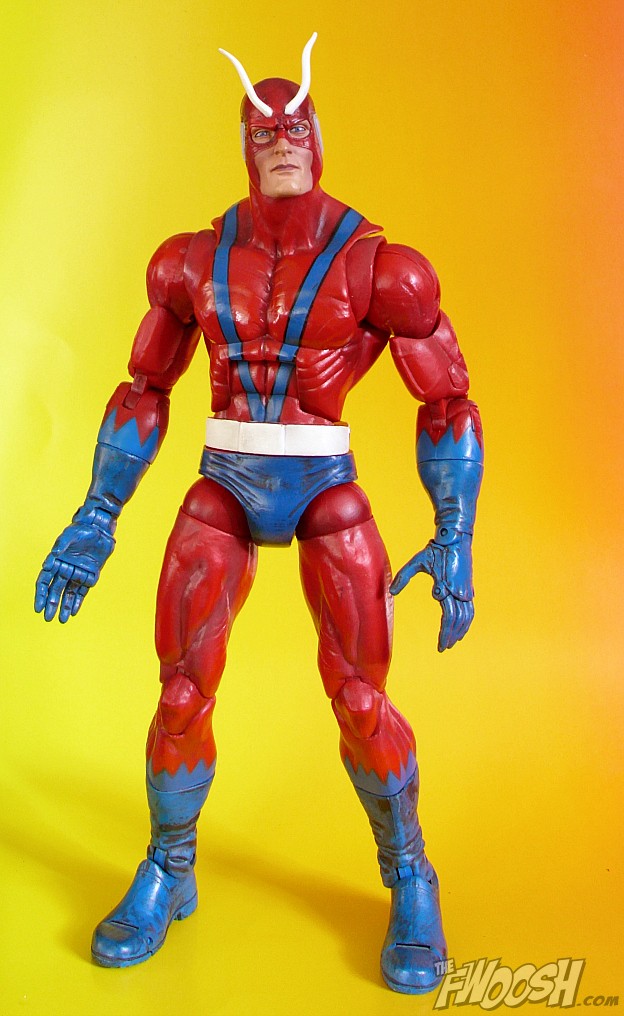 Giant Man came to us in the now-legendary “Walmart wave.” Finding a Walmart that actually had the figures was quite a trick. Finding all ten figures needed to assemble the Build-a-Figure was damn near impossible — at least for me. I know that certain areas of the country were flooded with this wave, but I never saw hide nor hair of it outside of toy shows. To say it was frustrating is an understatement. In their infinite wisdom, Toy Biz saw fit to cut Pym up like the Christmas turkey, including essential pieces alongside the wave’s variants. That’s right, not only did you have to purchase AOA Logan, you had to buy the “burned” variant as well. It was a scumbag practice Toy Biz curtailed immediately after, but it left a bad taste in the mouths of collectors that lingers to this day. 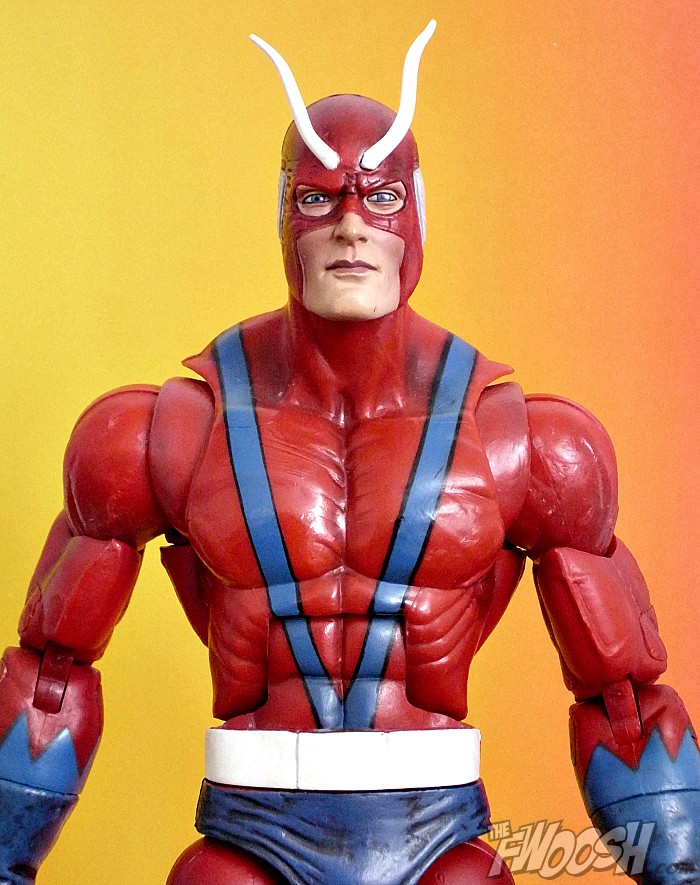 If you don’t already know it, Giant Man was built on the Bullseye body first seen in the Galactus wave. It’s lack of detail may have seemed ideal for Pym, but it’s clearly too lean. Giant Man should have more mass — the lack of bulk makes the figure look off. It’s not a deal-breaker, but it could have been better. Then again, they could have the body used on Urban Legends box-set Daredevil, so it certainly could have been a lot worse. 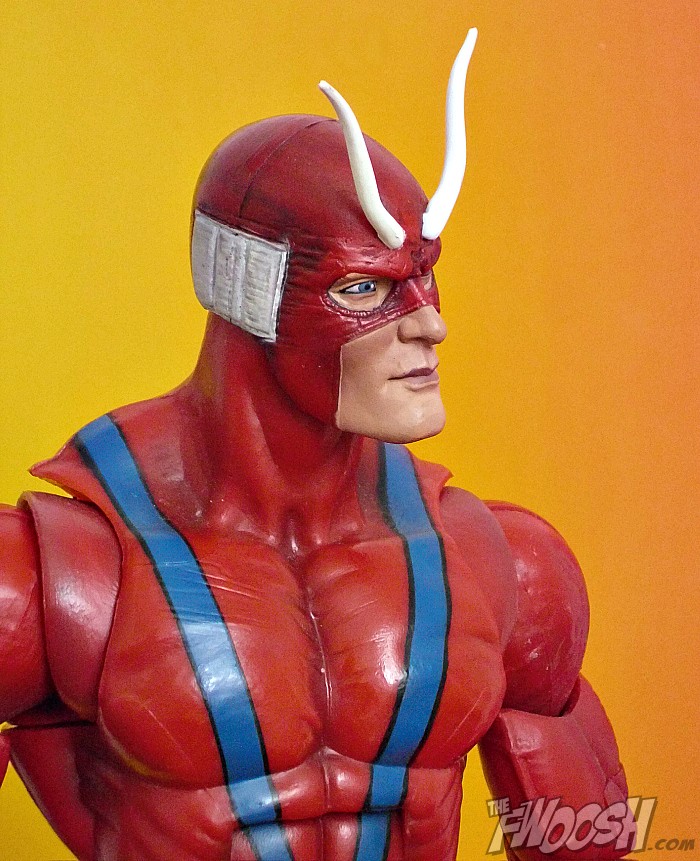 The head is the real star of the show here. It’s incredibly natural-looking. The proportions are spot-on: this really looks like a guy in a mask. Little details like the stitching and the tiny wrinkles in the fabric add to the illusion of realism. Elements like the antenna and the pouches on the side of the mask look a little spare, but that’s more the fault of the costume design than the sculpt. 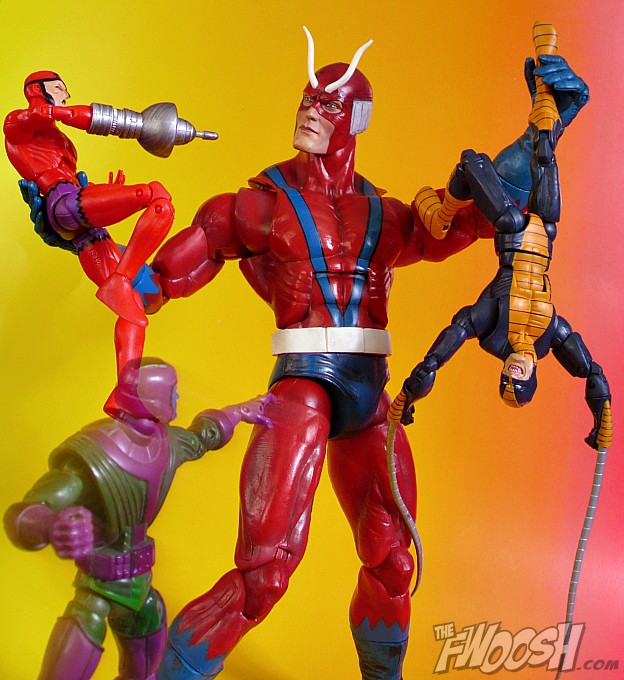 The articulation is plentiful and most of it works quite well. Giant Man has a ball-jointed head and shoulders, hinged lats, bicept swivels, double-jointed elbows, wrist cuts, hinged hands and fingers. He features the standard waist crunch, pegged waist, ball hips, double-jointed knees, boot cuts, as well as hinged ankles and toes. Many of the key jointed are ratcheted, which can make posing the figure a nerve-wracking experience.  That said, at almost 14 inches tall, the ratchets do help keep the big guy standing. You do NOT want a figure this expensive doing a shelf dive! 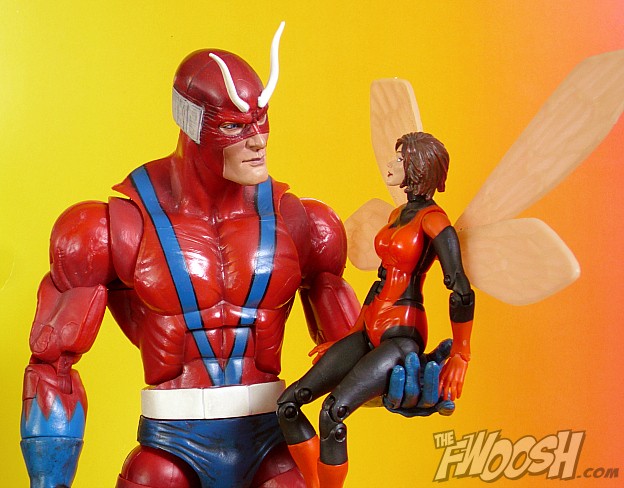 Paint-wise, Giant Man is acceptable, but not perfect. He’s molded in a bright, vibrant red that’s right on the money. Too often, red plastic can lean towards pink or orange, but the color Toy Biz chose was perfect. The figure has blue gloves, boots, and shorts, all of which feature a nice black wash. The problem is, the areas where these extremities connect to the arms and legs did not receive the wash, so they look weird. The blue “V” on his chest gets a nice black outline to help it pop, but, once again, this detail was skipped on the wrists and ankles. Considering the fuzzy mask-work going on in these spots, I can’t help but think some more black would have really helped. 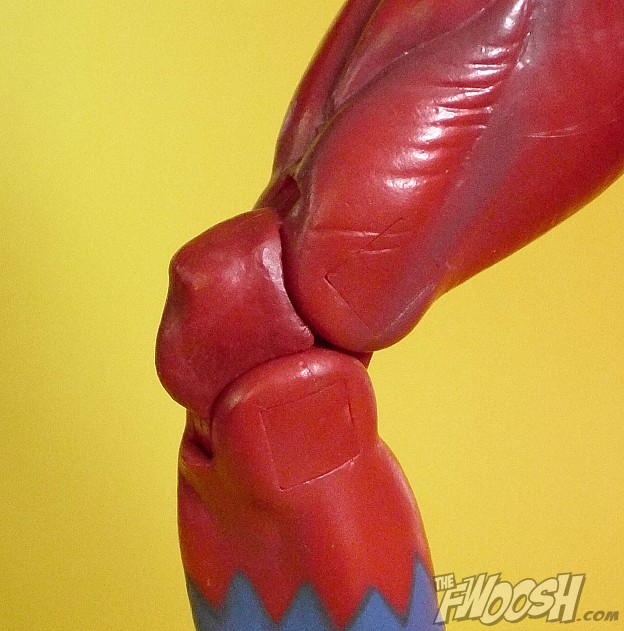 As you can see, Toy Biz covered the peg holes in this figure, which does a lot aesthetics-wise. Big gaping spots in the arms and legs would have really brought this guy down another point or two, so props for taking this extra step. It’s little things like this that add up to a quality product. It’s probably a major pain for customizers, but hey, you shouldn’t be cutting up a figure this rare anyway! 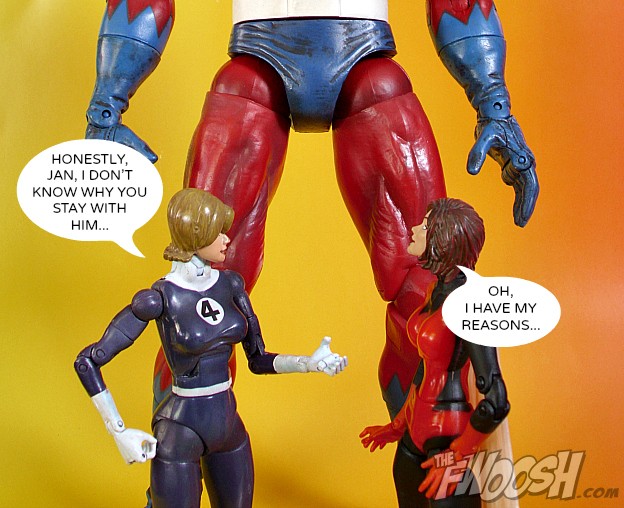 Jason R Mink is the Man in the Ant Hill 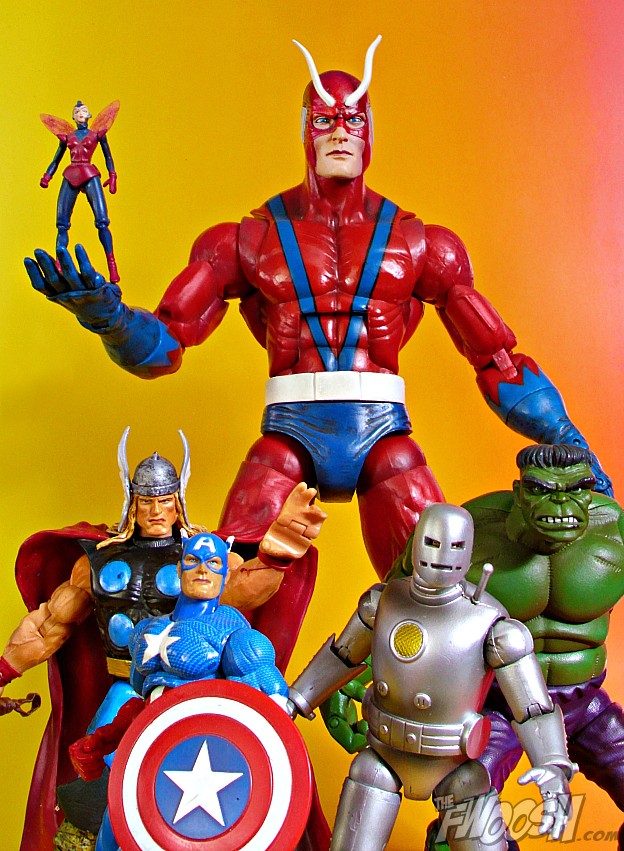