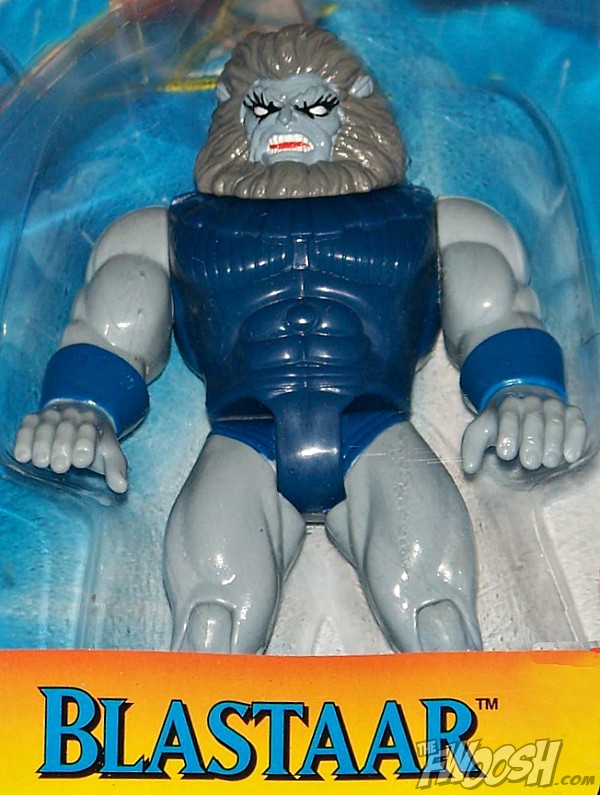 Blastaar was the brutal dictator on his home world Baluur until his subjects rebelled and exiled him to the wilds of the Negative Zone. There, he encountered scientific adventurer Reed Richards, who he surreptitiously followed back to Earth. Blastaar attacked Richards and his team, the Fantastic Four, and after a brutal battle, he was forced back into the Negative Zone, but the damage had already been done. Now aware of another planet ripe for plunder, Blastaar used the Zone as his base of operations, launching numerous attacks on Earth and its super human protectors. The “living bomb-burst” is a key Fantastic Four villain and major Marvel baddie — so why hasn’t he been give the Marvel Legends treatment? 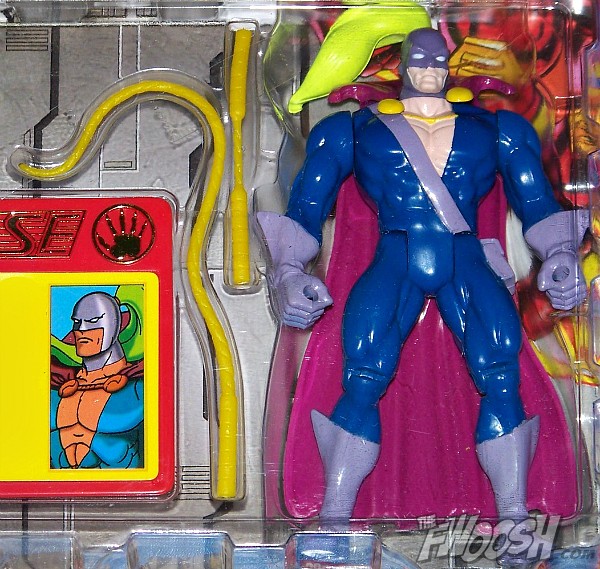 Mark Scarlotti was a brilliant electrical engineer employed by Stark International, until he decided to use his genius to manufacture hi-tech weaponry for the criminal underworld. Equipped with a bulletproof costume and an electrically-charged whip, he began a criminal career as Whiplash.  After a series of humiliating defeats at the hand of Iron Man, Scarlotti redesigned his weaponry and took on a new moniker: Blacklash. This is how he appeared in the 1994 Iron Man animated series, acting as hired muscle for the Mandarin. 2010’s Iron Man 2 reimagined the character as Ivan Vanko, but it’s Scarlotti fans want to see on their shelves. 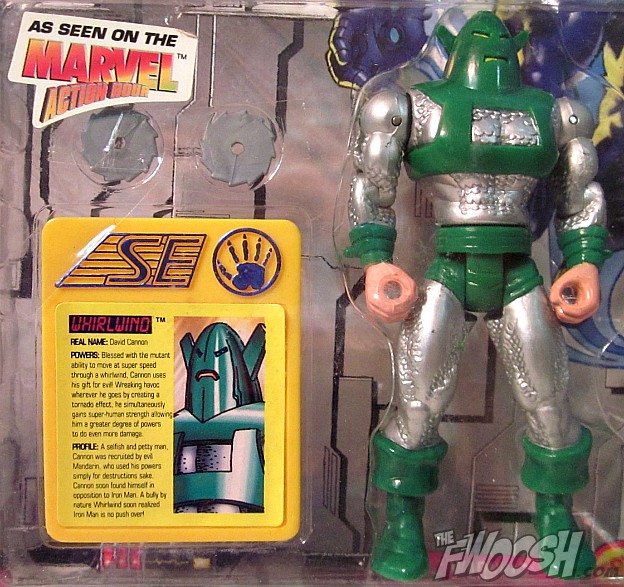 Like many children, Dave Cannon loved to spin. To his surprise, the boy found he could revolve at a much faster rate than his playmates — so fast, in fact, that he became a miniature tornado. Without guidance, the young mutant decided to use his powers for personal gain. Calling himself the Human Top, Cannon robbed a series of jewelry stores, eventually coming into conflict with heroes Giant Man and the Wasp. Smitten by the diminutive heroine’s beauty, Cannon became obsessed with the Wasp and began to stalk her, battling the Avengers in his new identity of Whirlwind. Cannon is a classic villain with unique power-set and look, and yet he’s never broken the 5-inch barrier. It’s high time Whirlwind took a spin through Marvel Legends. 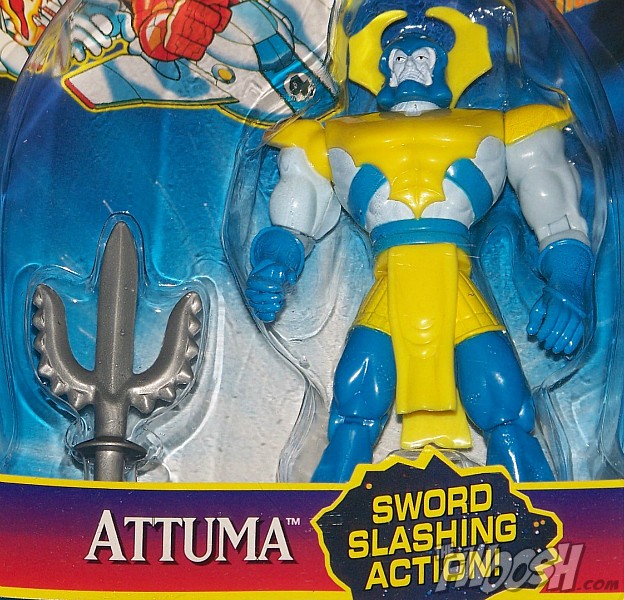 Everyone, in your best Schwarzenegger voice: “It’s not Attuma!” Okay, now that’s out of the way can get down to business. This long-standing Sub Mariner villain is the equivalent of Underwater Conan: a savage barbarian who fought his way to the throne of Atlantis, slaughtering anyone who got in his way. Born a mutant, Attuma’s increased strength, speed, and endurance allowed him to survive his brutal upbringing. Believing himself to be the subject of an ancient prophecy, he declared war on Atlantis and has battled its king, the Sub Mariner, on multiple occasions.  Attuma is another major player in the Marvel Universe that has yet to be inducted into the club. He would look amazing on the new Hyperion body. Just sayin’. 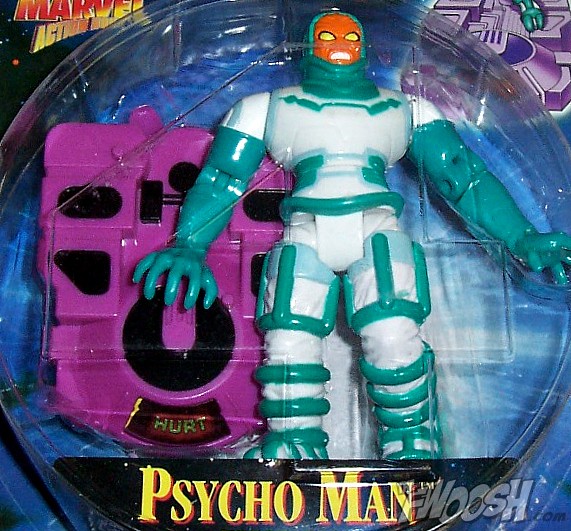 Let’s get small. Psycho Man was a scientist in the Microverse realm of Sub-Atomica. With overpopulation threatening his species, Psycho Man decided the answer was expansion into the Macroverse, a move which which brought him into conflict with Earth’s protectors. Thanks to his “Control-Box,” a powerful emotion-controlling device, he created feelings of doubt, fear, or hatred in his foes. A long-time enemy of the Fantastic Four, the Psycho Man has a great look and overall vibe that pushes him into the number six position. 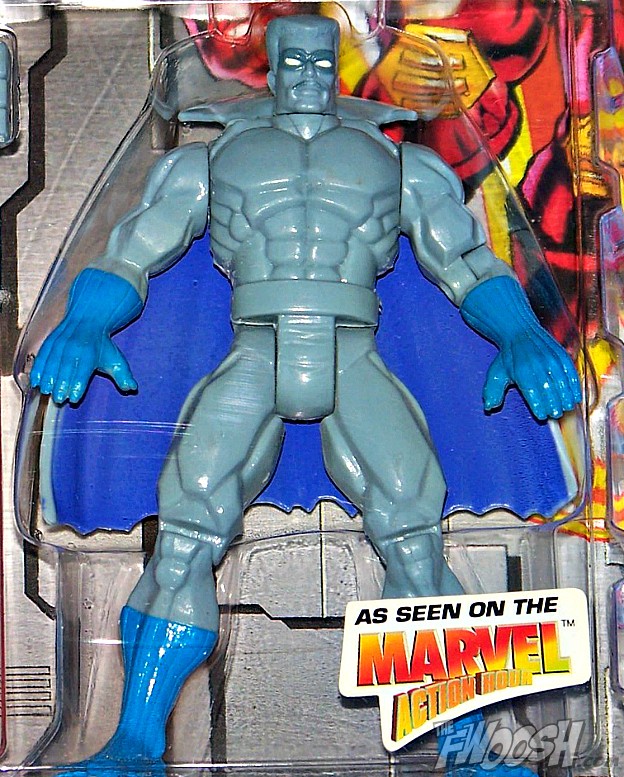 I’ve gone on at length describing exactly why we need a Grey Gargoyle figure in Marvel Legends. He’s got a great design, nutty powers, and has been scrapping with Thor since the Silver Age. There’s simply no excuse for this guy not to be rocking our action figure shelves. 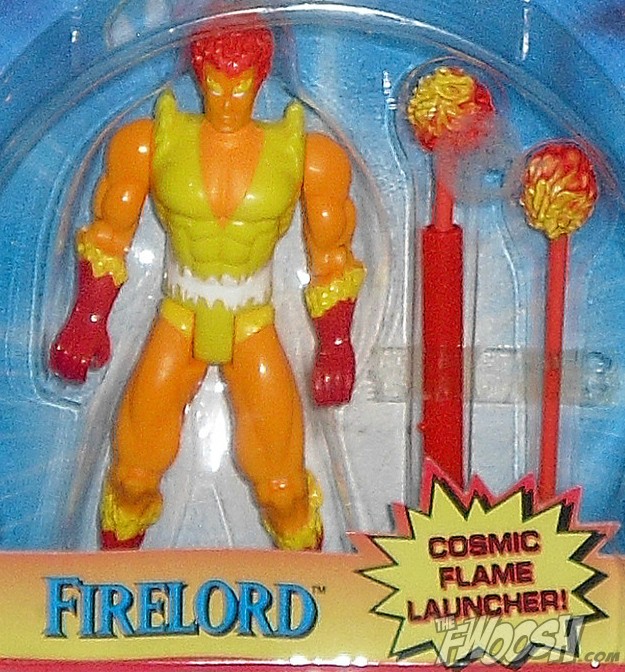 Ever notice that Galactus goes through heralds like tissue paper? For a guy with cosmic consciousness, you’d think he’d be a little better at hiring help. Firelord is just one of a long line of heralds that have been diluting the concept ever since the Silver Surfer broke up with the big fellow. Xandarian military officer and Nova Corps graduate Pyreus Kril first encountered Galactus during his search for his friend and captain Gabriel Lan. Lan had previously encountered Galactus and was transformed into his herald Air-Walker. Discovering Lan was slain in the line of duty by the Oviods, Kril was tricked by Galactus into becoming his new herald. Empowered by the Cosmic Flame, Kril was transformed into Firelord. Give him a figure, Hasbro, or a certain purple planet eater may pay you a visit… 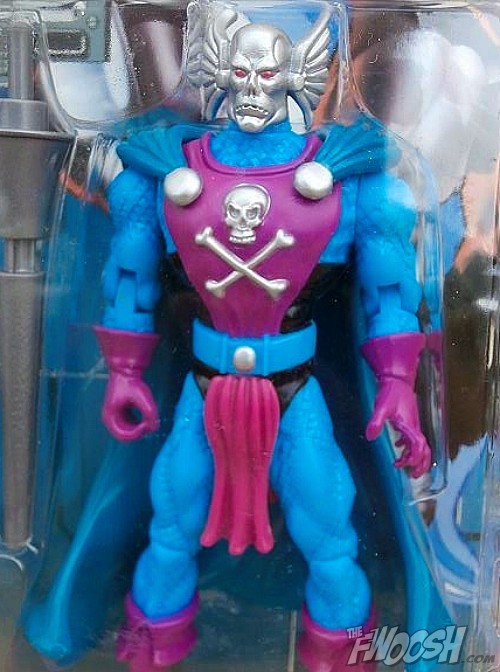 Bram Velsing (groan) was a Latverian scientist who got into a pissing contest with Doctor Doom and ended up sealed in a suit of armor for his troubles. Escaping from Castle Doom, Velsing was taken in by the Frankenstein family (double groan), scored a sweet winged black steed, and was repeatedly punched in the head by Iron Man. In spite of his silly story, Dreadknight remains of one Shell-Head’s cooler-looking Rogues. This guy would be perfect on the classic Black Knight body… What’s that? We don’t have a classic Black Knight in Marvel Legends? Oh, Hasbro, what are we gonna do with you? 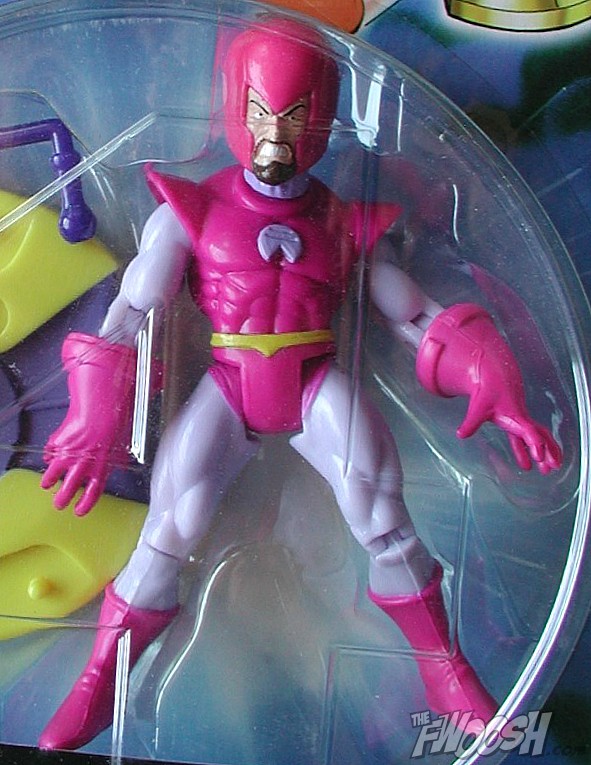 Remember when the used to call this guy the Wingless Wizard? No? Sorry, sometimes Grandpa forgets who’s reading these. Bentley Wittman was so sure of his intellectual superiority over his fellow man he legally changed his name to the Wizard. Performing remarkable feats of magic (actually performed using his invented technology), he became a well-known illusionist and escape artist. Growing bored with pulling the wool over people’s eyes, he reinvented himself as the Wingless Wizard, setting his sights on the Human Torch. (Way to aim high, buddy!) He’s since graduated into fighting big boy heroes like Spider-Man and the Avengers. Countless customs of this guy prove that collectors are ready for the Wizard, wingless or not. 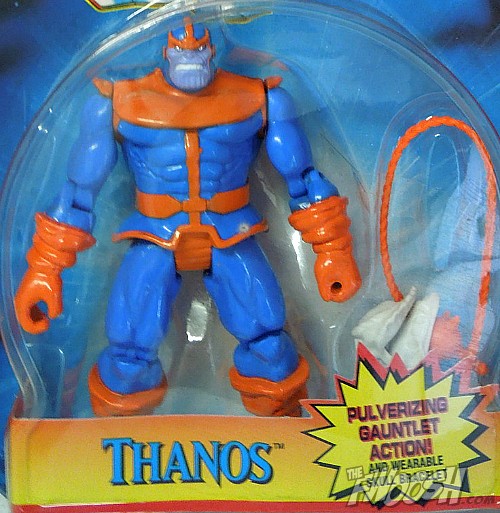 Do I really need to get into it? Thanos is the heavy in Avengers 2, so you know we’ll be seeing him soon. That said, fans want the classic version of ol’ Prune-Face in Marvel Legends. While the Marvel Select version is unquestionably bad-ass, he’s a touch on the large side for my display. Give us a comic-accurate Mister T and his Infinity Gauntlet, and we’ll be happy geeks.