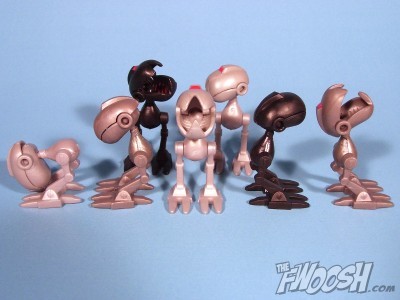 Ah, Teenage Mutant Ninja Turtles. I’ve had an on again, off again affair with the property since I was a preteen. While I missed the original black and white comics altogether, I fell knee deep into the original ‘toon. I’m talking teenager walking running around in the backyard with a broom stick pretending to be Donatello. My brother Michael was Michelangelo. Then the craze cooled until the live action movie. At it again, woo! Then it died down. I didn’t pay much attention to the other movies, which I hear isn’t a bad thing. Now it’s not so much liking the property as it is liking good toys, and the past couple of years has been pretty damn good for the turtles themselves. The same can’t really be said for the rest of the cast. We were so close with the NECA Foot and Shredder, but that sadly wasn’t meant to be. Playmates is about as good as we’ll probably ever get with their upcoming Bebop and Rocksteady when it comes to those two. And I don’t have much affinity for the new Nick Toon Turtles supporting cast. While I do love the Turtles themselves, none of the rest do anything for me. Until I saw the MOUSERS.

As you can see, standard packaging for the current Nick cartoon line. I nearly missed them while flipping through the pegs full of standard turtles. Nearly. I have to say, seeing a bubble filled about as full as it can get is a welcome sight. Giving us seven army builders in the same package? Fan-freaking-tastic. While I want to say it would be great to see something like this in other lines, I do understand that these are just five pieces of plastic each with minimal paint. Still, one can dream. Mmmm, Jawas. 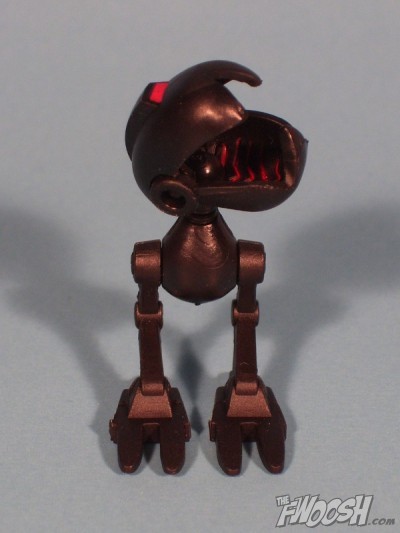 Speaking of paint apps really quickly because there isn’t much to talk about, the first thing I noticed is that Playmates went and painted red lines inside the mouth of the black MOUSER, whereas none of the gray ones have it. I don’t know why. But it looks very cool, the red against the black. I don’t watch the new cartoon, so I don’t even know if different colors for the MOUSERS is correct or what the red lines signify. The back of the package bio shows four of them all in the same color and the black have the red mouth lines.

Even without a million paint apps, these little guys look great. And for having only four points of articulation, they are a blast to play around with. They can chomp, they can heel, they can break apart for battlefield action. They can look at you quizzically or stare menacingly. The jaw on one came off unexpectedly when I cranked it back too hard, but whatever comes off pops back on easily. The head is on a ball joint that has a good range of movement and also pulls off if you so desire. I didn’t get too crazy with the legs as far as trying to remove them. But all in all I want to find more packs and slip them into all my displays. Even non-TMNT displays. MOUSSER RAMPAGE!!!

As far as fitting into some of the other TMNT lines, these MOUSERS can come off as a little small, but can easily be justified by being what they are: annoying robots. And if we’ve learned anything over the years, it’s that annoying robots can come in all sorts of shapes and sizes. I do like how similar these are to the NECA Mouser in looks, but I’m really surprised at the size difference. I had forgotten just how big the NECA ones were. But like I said, these will fit in anywhere. Just a fun little add-on set of toys. Or sets, if you’re going for multiples. And I see myself getting multiples. Even trashed these look great. 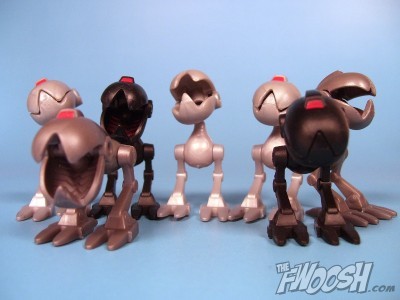