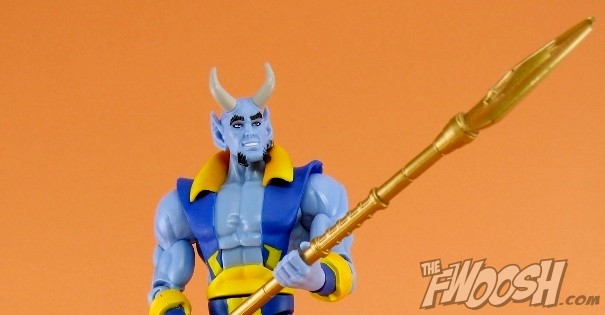 Blue Devil. Bold and colorful. While there was a brief attempt to turn him into Hellboy there during the Shadowpact days and dull down his bright and colorful attire, I’m super happy they decided to go with the bold blue and yellow look over the jeans and a t-shirt look. I mean, just look at him. That shouts wacky ‘80s vibe at you with a megaphone. 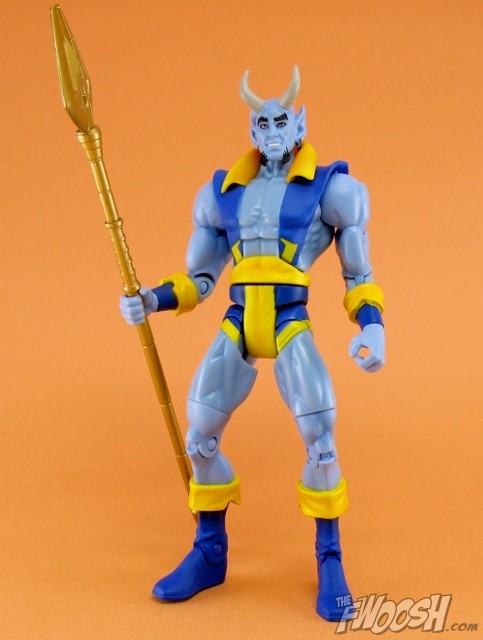 Blue Devil had his own series in the aforementioned ‘80s that was pretty good, lasting for 31 issues before being cancelled, and then the character himself kind of floated around in limbo (not literally) for a while, making sporadic appearances, but never really grabbing hold. He died a few times and things got grim and gritty. Initially an actor/stuntman stuck in a demonic tech-enhanced costume of his own design who was grafted to said costume by a demon, he later got hit by a stray blast of literalism and ended up being turned into an actual blue demon instead of a man stuck in a suit. Oh well, that’s comics for you. 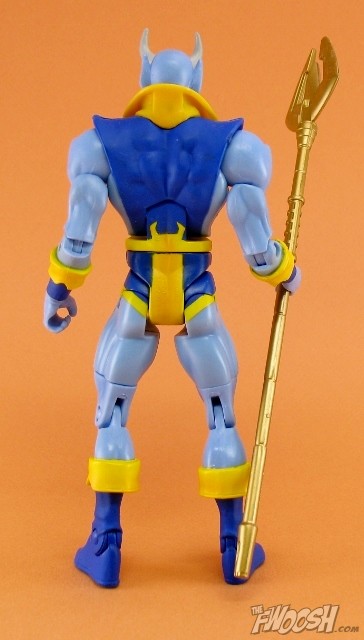 Blue devil was in wave 13 of DC Universe Classics, also known as the “Trigon wave.” He was originally slated to appear in the Super Powers line, and I’m wondering how much that had to do with his inclusion in this line based on the Super Powers fetishism. Who knows, but whatever the reason, he made it, and he adds a lot of color and panache to the vast array of characters we received. 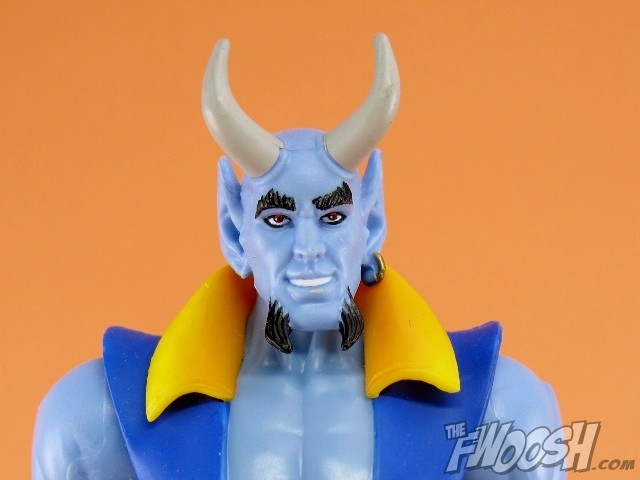 The figure is a perfect representation of those early carefree non-literal days in his own comic, when he was almost on top of the world. He features a few new bits of sculpting added to the stock larger DCUC body: new boots, new  forearms with cuffs, and a new torso to simulate a vest (with totally pimpin’ collar) that all pull the look together. That is a stylish demon. There’s nothing to impede any of his articulation, so he’s fully poseable, able to pull off as many demonic poses and superheroisms as you want. 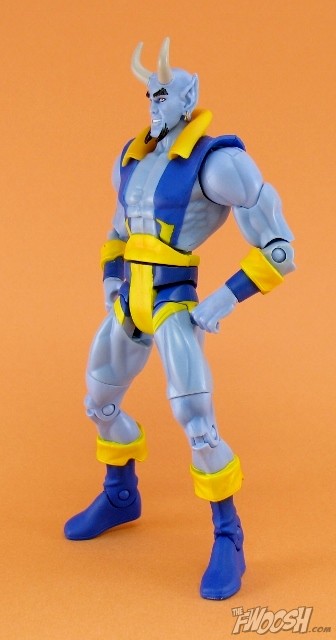 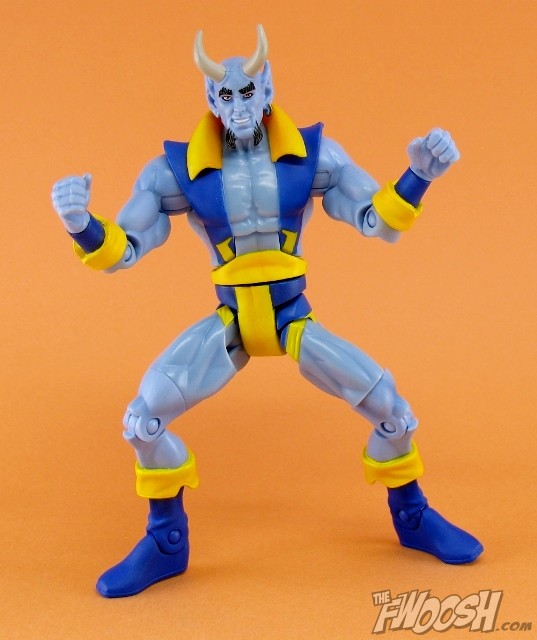 He comes with his original trident; the one he made himself as a bit of a technological wiz that shot flames, had rocket engines, and all kinds of other cool stuff. Read the comic to find out more. Seriously, it’s entertaining. 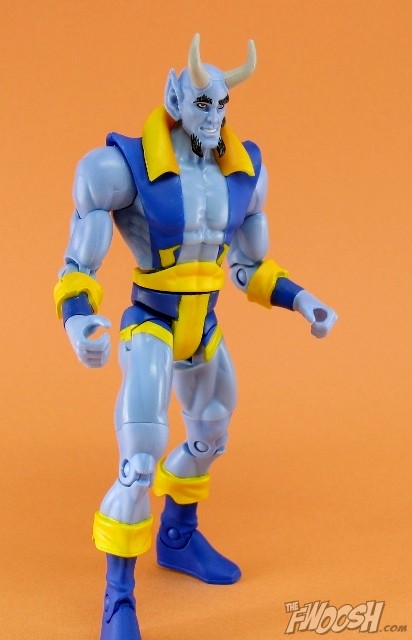 Blue devil ends up being a fairly simple character that contains a lot of visual appeal. He doesn’t help finish a team, he wasn’t a Lantern, he didn’t have a cartoon, and he never made a huge impact in the comics, which means a lot of people probably don’t care a lot about him, but to me he fills that niche of “guys that had their own comic,” and that’s more than enough reason for me to want him.