I’m not quite sure what’s going on here, but I think I bought a Batman figure with a big bright yellow surfboard that has a bat-symbol on it. And I’m pretty sure’s he’s wearing surf shorts, also known as boardshorts, or “jams” if you’re supermegacool. But seriously, you’re not supermegacool enough. Only Batman is. Only Batman. 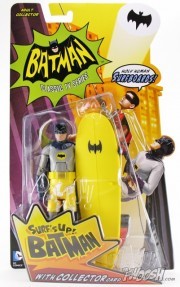 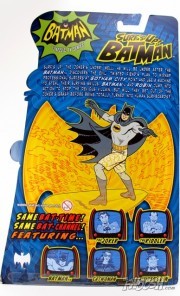 So yeah, I bought a Batman figure that’s wearing surf shorts, and that is pretty much the highlight of my year. It does not/can not/will not get any better than this, folks. We have reached the pinnacle, the apex, the zenith, the crest, and also the crowning achievement in toys across the world. A 6-inch scale version of Batman wearing surf shorts. 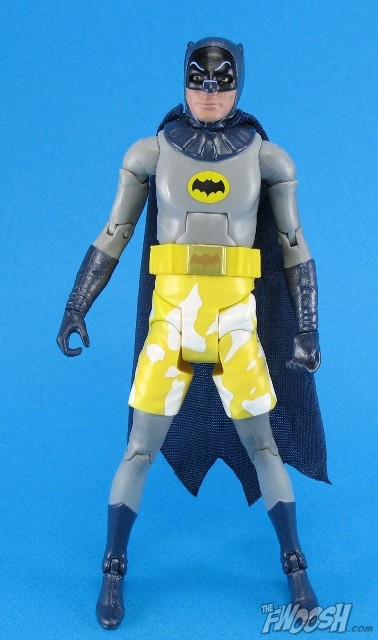 We can all go home now.

If you haven’t fainted from the awesomeness that this figure is exuding yet, then let’s take a closer look at him. 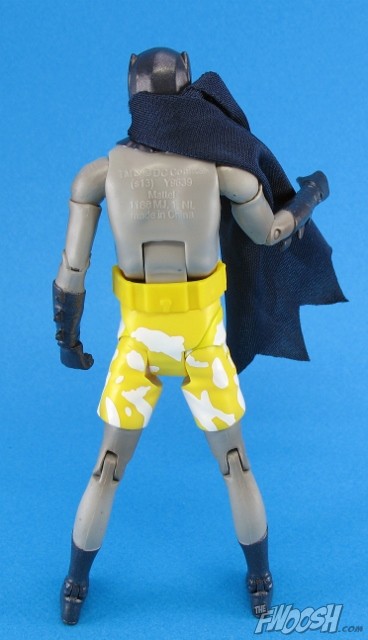 The figure must be able to pull off those big kahuna hang-ten surfer-lingo radical dude surfing poses. This figure pulls them off quite well and looks natural doing so. Quite natural for Batman on a surfboard. They weren’t kidding when they said Batman was prepared for everything. 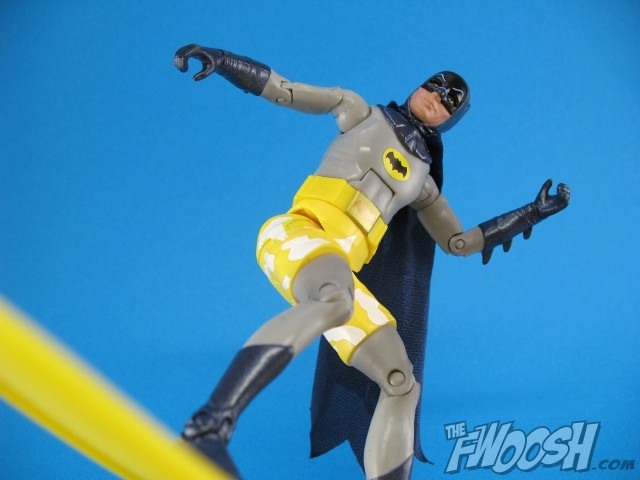 If you’ve already bought the single-carded Batman or the Batman from the 2-pack, then you know what to expect, but if this is your first Batman in the line, then he’s got the standard amount of DC Universe Classics-styled articulation, only in the slightly smaller Movie Masters straight 6-inch scale. Even with his jams, he’s fully articulated. For the hanging of the ten and the whatnot. 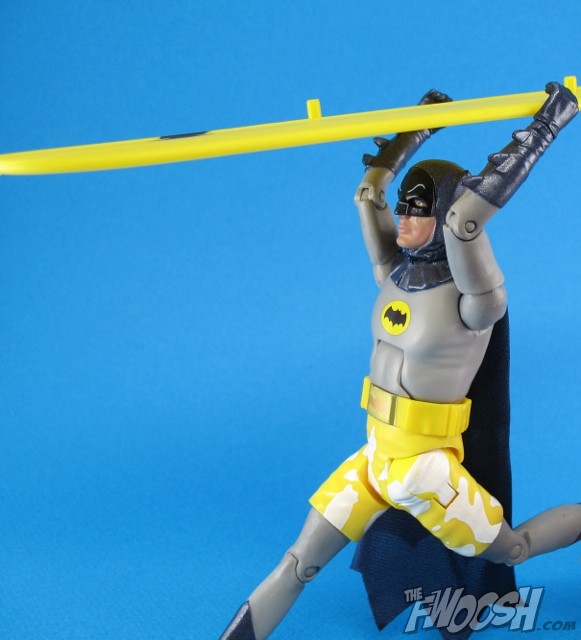 I can only imagine how whacked-out the episode featuring a Batman on a surfboard must be. From what I gather, Joker also gets in on the act, but, unfortunately, I don’t see us getting a Joker in surf shorts anytime soon. The world, she is weeping because of that. But it’s probably for the best because having both of them garbed in such a manner may well be more than the fragile space-time continuum could handle. 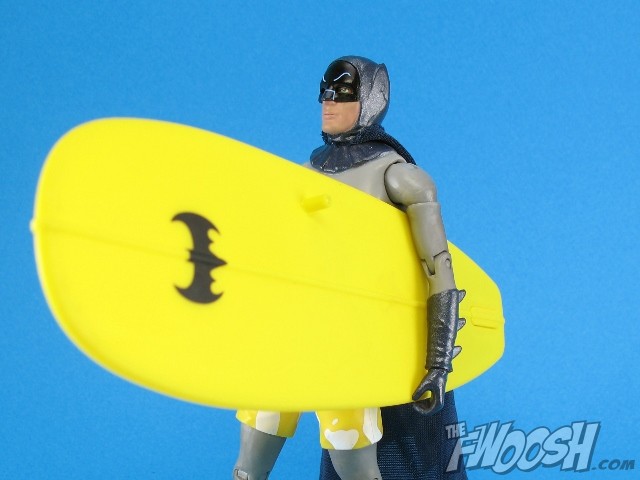 Being that this is a surfing Batman, that means that your use for this figure is limited to having him stand on a surfboard and/or otherwise stopping felonies that are surfing related; however, the fact that Batman is on a surfboard is itself probably a felony in at least a handful of time zones, so Surf’s Up Batman is, by nature of its existence, causing his own crime rate to go up.

Yeah, chew on that one a while.

The DC club got a thermometer, but the Classic TV line got a Batman in jams. 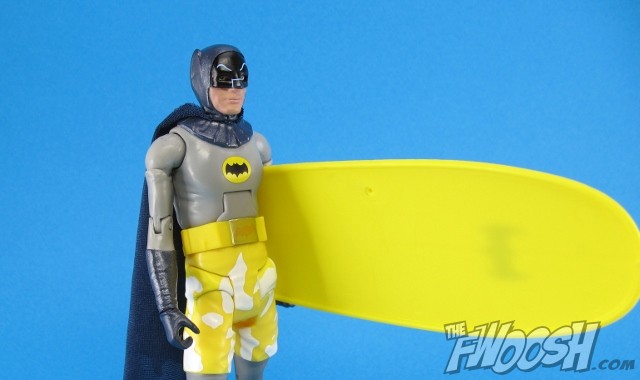 I think everyone into toys needs this. Take it to work! Show your boss, you might get a raise! Show your friends, they may let you touch their wive’s boobies!  Have a kid? Is your kid into piercing things? Attach this to his or her lip, eyebrow, ear or nostril! All the other kids at school will be speechless when Surf’s Up Batman is dangling from your child’s face. And when he comes home, he will thank you for making him the coolest kid on the block and the envy of all the other kids who don’t have a Surf’s Up batman hanging from their faces. And for those single fellas out there, maybe divorced, or maybe you’ve never found that special lady, this figure is a guaranteed panty-dropper. Take her to dinner, and right when you’re about to order… bam! Slam a Batman on a surfboard on the table. That moment when she looks from Surf’s Up Batman to you is when you know she’s into you. Love connection. 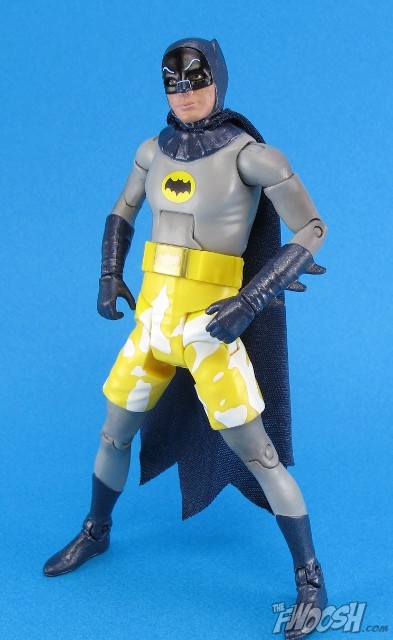 Sure, you could feed a hungry child for pennies a day. Sally Struthers told us so. Or you could give those starving children what they really want.

Do the right thing.