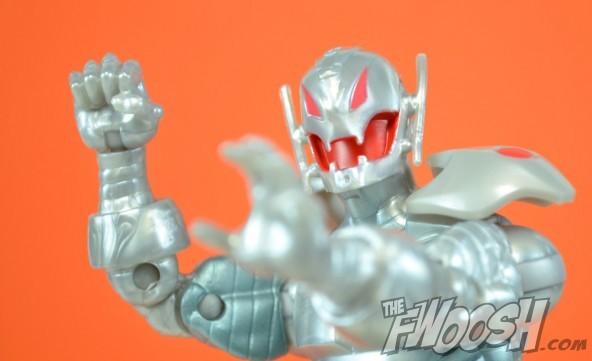 Ultron. If ever there was a word to unite virtually everyone that has ever collected Marvel Legends, it is Ultron. That is not to say it is a good thing, however, and, as shown in our Toy Biz Marvel Legends Ultron Archive entry, what was packaged as Hank Pym’s most infamous creation was in name only. Yes, “Rabbitron,” “Bunny-tron,” and several epithets that I cannot really mention were all used to describe the Legendary Riders series Ultron that would go on to be the only 6-inch representation of the character that we would have for years. Well, it took a spin-off series of Iron Man Legends to get us a new crack at the character, and the best part is, it would not be at all difficult to get us an upgrade.

By this time, Marvel Legends collectors have been beaten and starved over the possibility of getting a better Ultron figure, so Hasbro has come in, getting to play the hero, to give us a pretty good representation. Yeah, he is really just a repaint of their Titanium Man figure, and, thus, not completely accurate to the character, but in the face of what we did have, he almost seems like a revelation. Yeah, I realize that might just be an excuse for complacency or “going easy” on the new edition, but, at the same time, I actually do like this figure. Plus, while the body is not completely Ultron, it is actually better for him than the previously released Titanium Man.

This figure, at the very least, has a head sculpt that is, essentially, the classic Ultron and cuts a silhouette to match his humanoid form. Sure, the rings on the body are not really anything that Ultron has ever had, but in the grand scheme of things, they don’t bother me all that much. What we do get is that head that looks like Ultron and a figure that you can actually pose well. He has pretty standard Hasbro Marvel Legends articulation, and you can get him into nice battle poses for both land and air. I like his splayed palm for posing in an “energy beam blast,” so he can easily go hand-to-hand with all of the Iron Man figures you get alongside him in this series 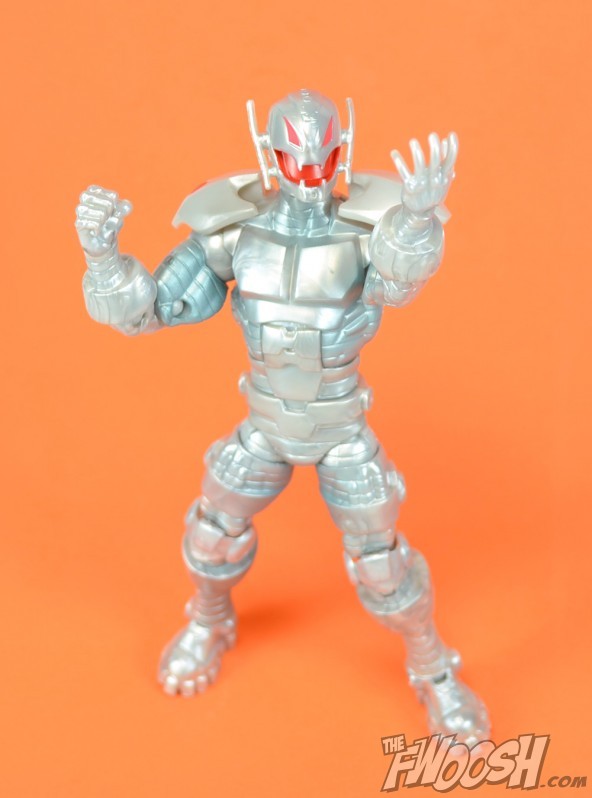 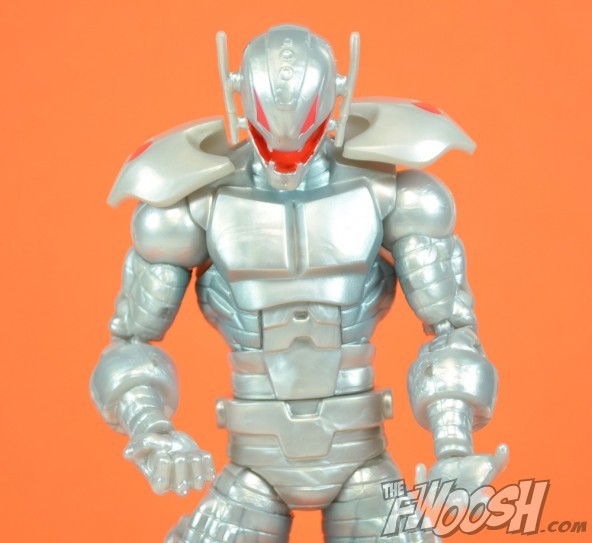 He is cast in that kind of shiny/swirly plastic Hasbro has been using of  late to represent metal, and it works pretty well. I cannot decide if it actually achieves that desired effect or if it just makes it look like shiny plastic, but it does look different than just standard plastic, so it sets apart the “metal” areas from everything else. So, when you stand Ultron next to, say, Captain America, he does look like he is made up of a different material. 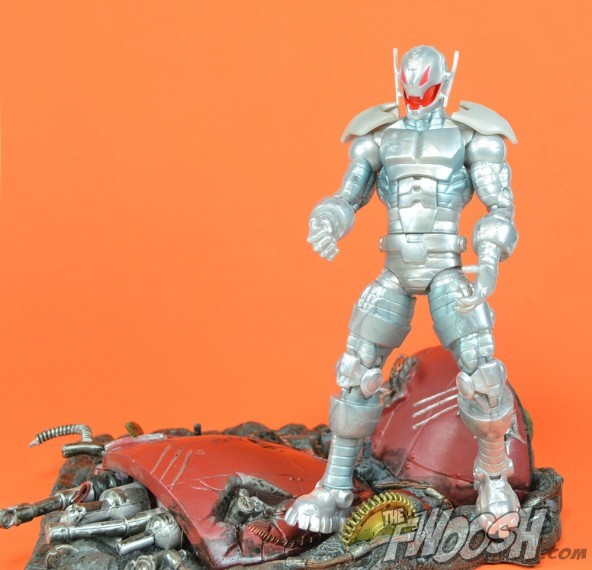 Wow. Even though Marvel Legends has had a very strange road since the ToyBiz version of Ultron was released, did you really think it would take this long to get another one? While not perfect, this figure is such an upgrade over the last version and, at the end of the day, I have to say that I really do like the figure. It is solid, poseable, and it actually looks like Ultron. I know, the purist in me will say that it is not really completely accurate to the character, but then I think about how long it will take to get an upgrade from this upgrade. See you in 2022! 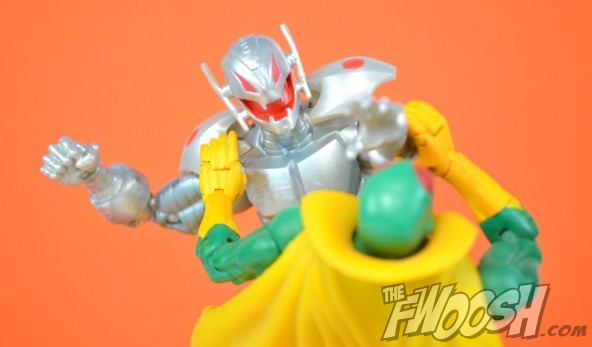 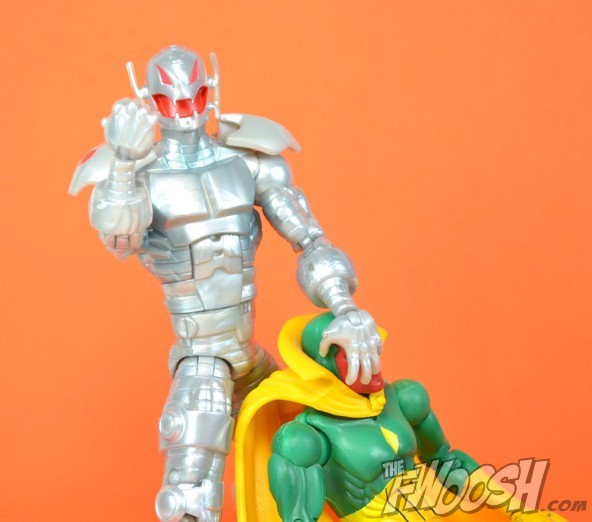