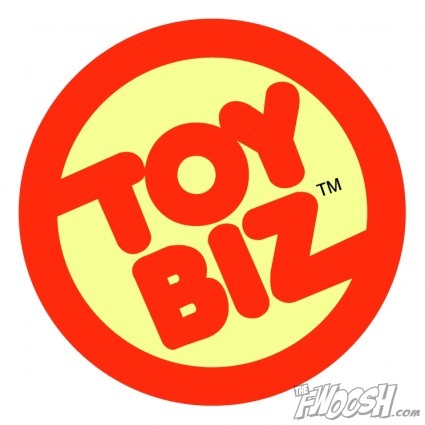 The early 1990s were a great time to be an X-Men fan. Marvel’s team of misunderstood mutants had gone from a single bi-monthly book to a comics dynasty involving dozens of titles. It seemed like that little red “X” was everywhere: mutants could be found on television, t-shirts, and, of course, in the toy aisle. Toy Biz embraced the team with vigor, producing not only the immensely popular core X-Men line, but also exploring it’s depths with spin-offs X-Men 2099, X-Force, and Generation X. For many of these mutants, this would be their only representation in toy form, which is too bad. There were a lot of great designs and forgotten characters that deserve a place on today’s toy shelves. Like who, you ask? Well… 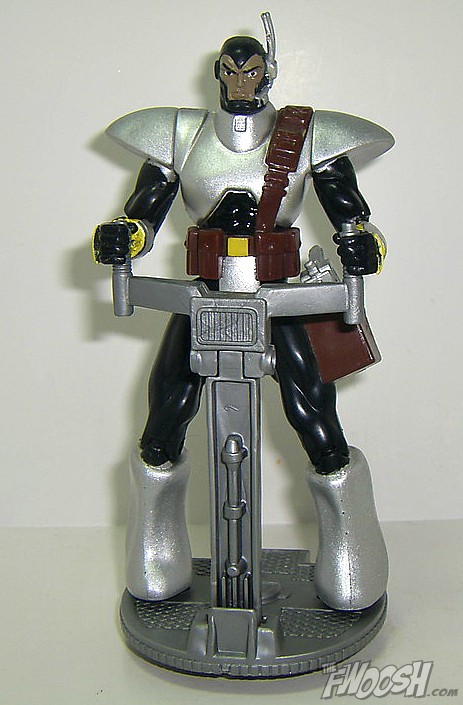 I knew nothing about this guy when he first appeared in the X-Force line, but he was so odd that I had to have him. Never mind the fact he shared his name with the dreaded cable and Internet provider, Comcast’s true appeal lay in his mysterious origin. Was he a a tech-enhanced mutant assassin that existed on the cutting edge of destruction? Or was he just some goofball on a Segway? Honestly, I still don’t know. 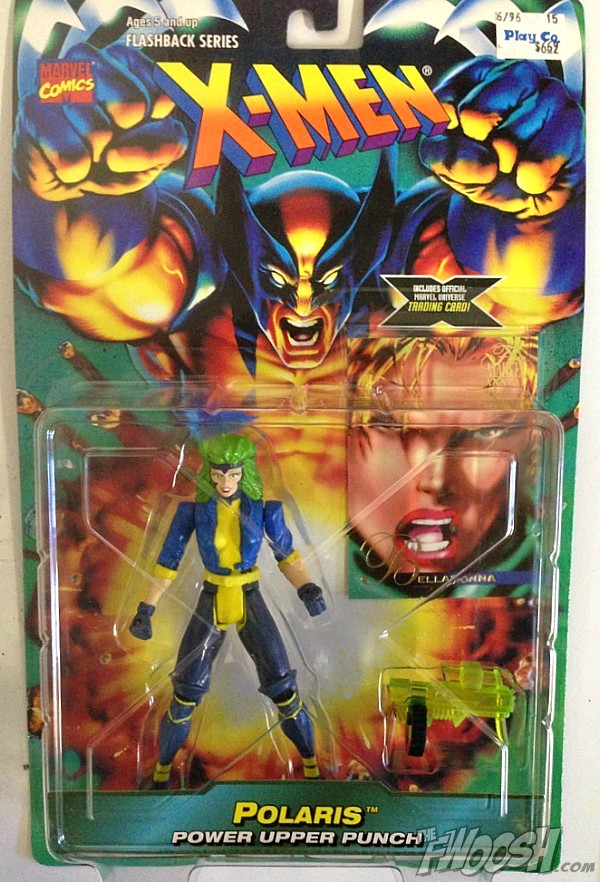 Greenie here constantly tops Fwoosh polls, so its high-time she received a figure. With her close relation to the original X-Men and the need for hot babes to balance male-dominated waves, the mistress of magnetism is an ideal candidate for future inclusion. Hey, we got freakin’ Hope Summers before Polaris! That’s all kinds of wrong. C’mon, Hasbro, Havok needs his girlfriend! 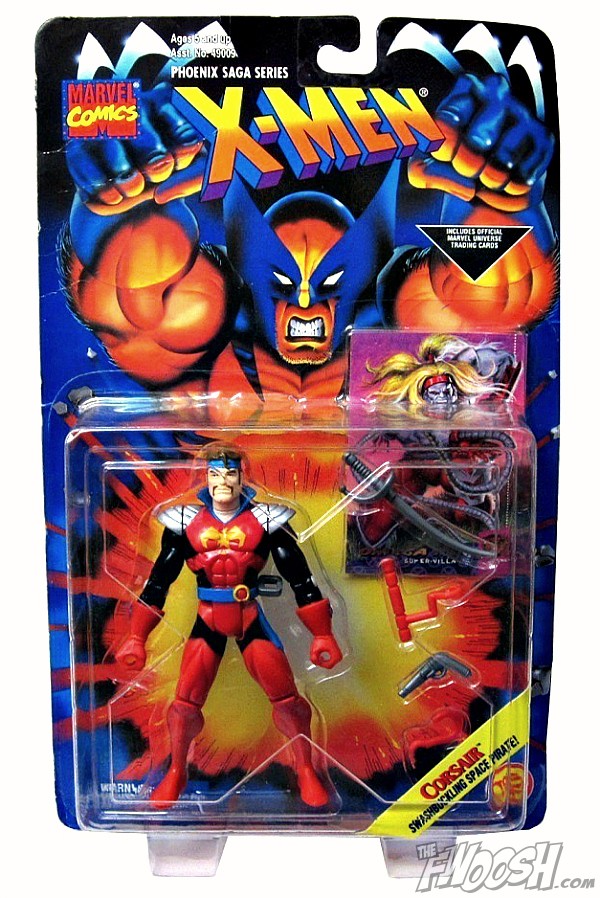 Speaking of the Summers boys, their space-pirate daddy was one of the slickest figures in the line. With his cutlass and headband, this planet-hopping privateer cut an imposing figure — er, so to speak. Sure, he’s dead now (whoops, spoiler!), but there are enough fans that remember Corsair from the comics or his appearances on the X-Men cartoon to warrant his inclusion in Marvel Legends. 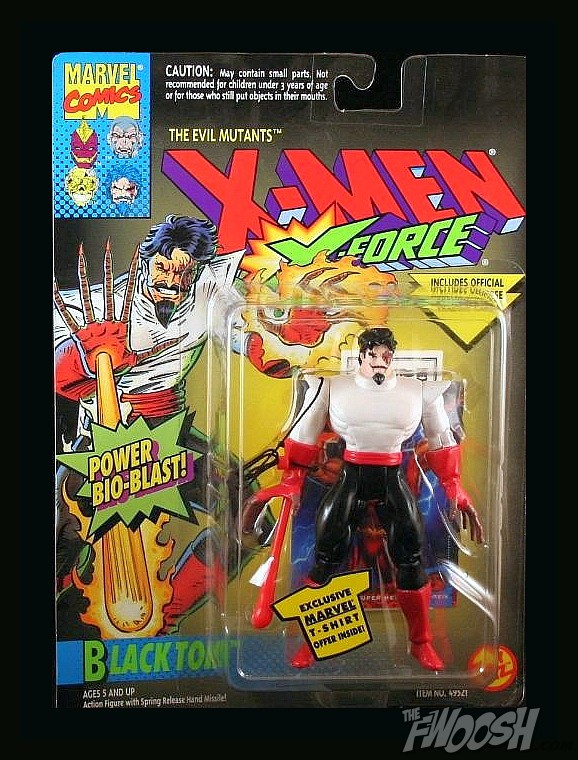 What was it about mutants and weird facial hair? There’s Sabertooth and his mutton-chops, Mister Sinister and his Sharpie marker goatee… and this guy. Tide user and Juggernaut’s BFF, Black Tom has always been one of my X-favorites — not for any particular story, but based solely on his tragic nature. I mean, the poor guy is half-tree! There’s definitely some pathos there. Tom has been through a lot of changes over the years but the Toy Biz figure represents how fans best remember him — with monster hands. Booga booga! 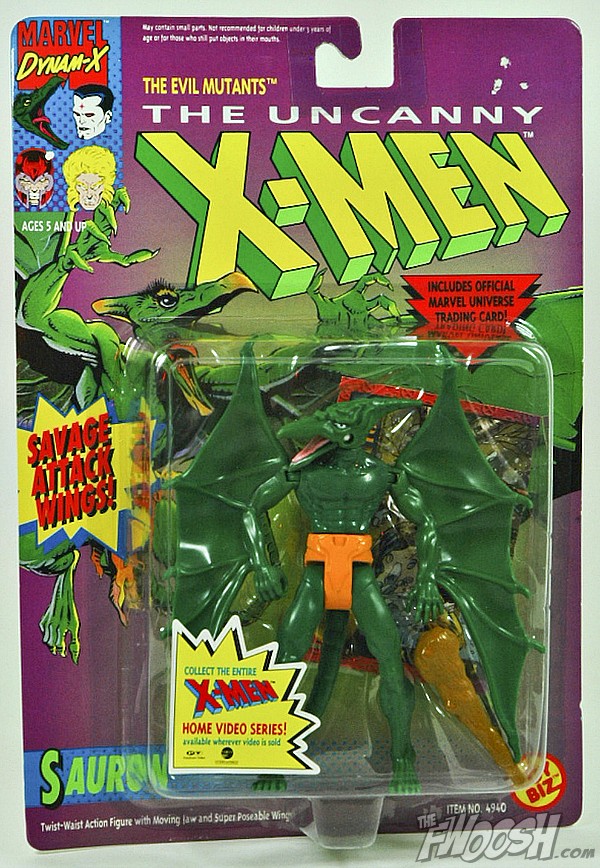 How does this guy not have a Marvel Legends figure yet?  He’s a mutant dinosaur energy vampire — with hypnotic powers! With that pedigree, he should be more popular than Deadpool! From his surprisingly wide wing-span to his articulated beak, Sauron was one of the most expressive figures in the line. I can only imagine how fantastic a 6-inch version would be. Make it happen, Hasbro — my Man-Bat needs someone to fight! 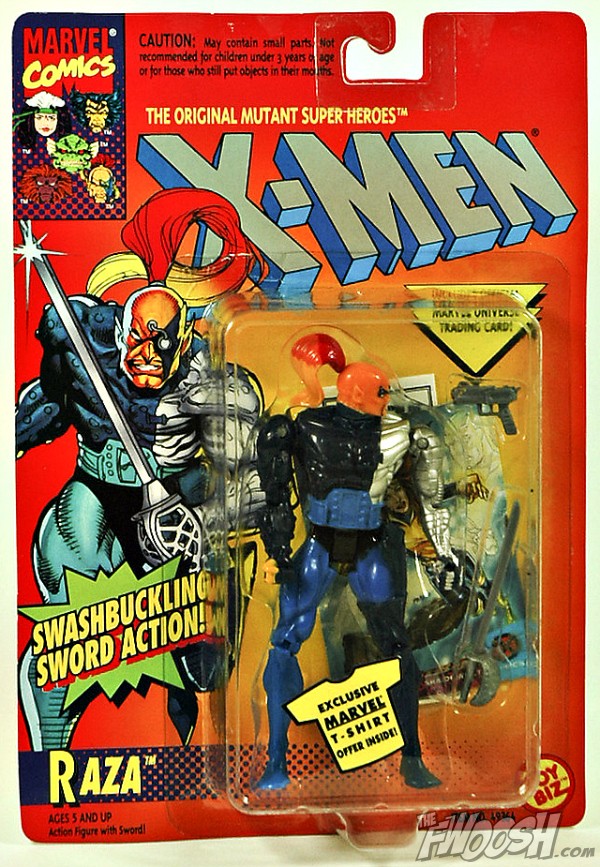 Starjammer Raza was one of my personal favorites. The combination of cutlass and laser blaster was always so classic to me — it reminds me of those weird early issues of Marvel’s Star Wars. Raza featured ball shoulders (a rarity at the time) allowing him to get into some sweet fencing poses. In 6-inch scale he would look great on his own or with his teammate. Corsair shouldn’t have to Starjam alone! (Wait, that doesn’t sound right…) With his weird orange skin, cyber arm, and crazy ponytail, Raza is tailor-made to be an action figure. 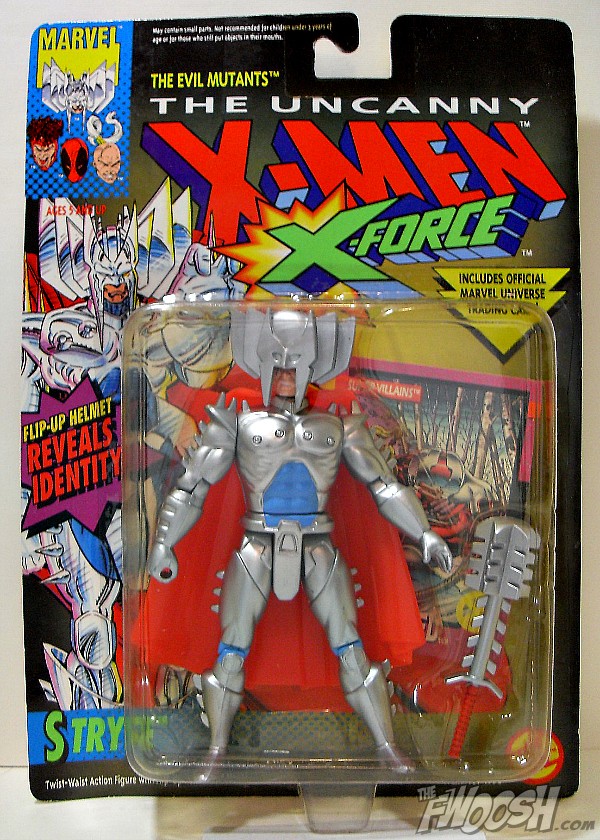 Ah Stryfe. What happened to you, man? We were told your Legends figure was done, then we were told it had been scrapped. Now there’s a new version, but whether we’ll ever actually see it is impossible to say. I get the appeal of this guy from a visual standpoint — all jagged angles and he looks dangerous in that stereotypical ’90s way. But where the original figure merely popped, a Marvel Legends version would shred. 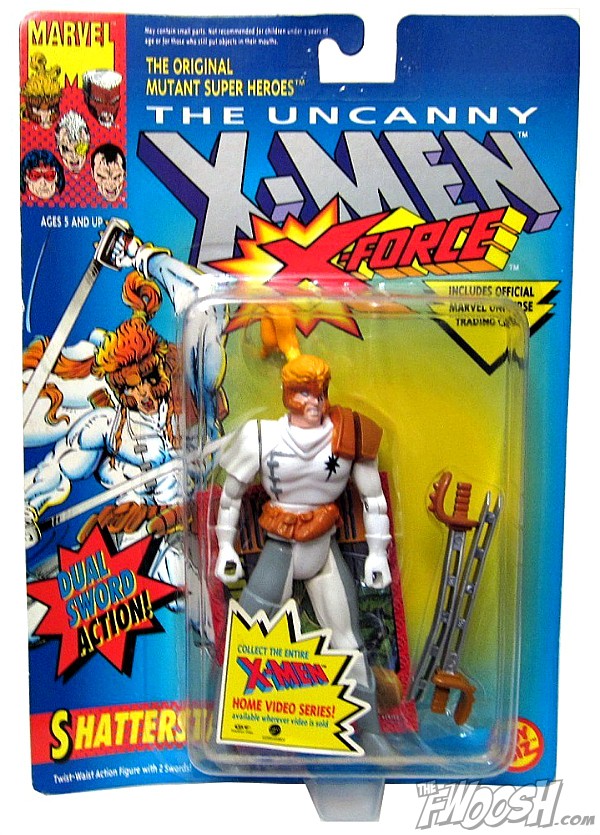 Another member of the mutant ponytail club. In spite of my ignorance of this character’s origins, motivations, and of what’s in those belts, I always liked his figure from an aesthetic standpoint — his Clockwork Orange-style boiler suit and head condom are visually compelling and the double-sword thing cements his ’90s bad-ass poster boy status. 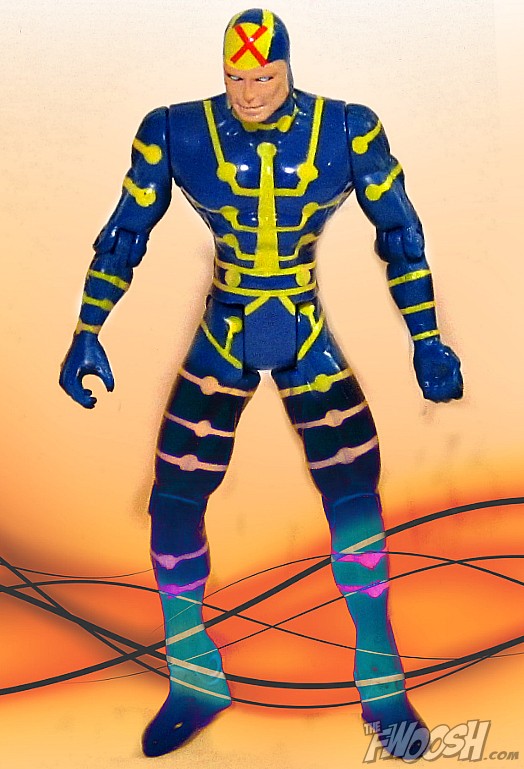 Back in the good old days, Toyfare magazine offered an exclusive figure every month. Jamie Madrox was popular enough to make the cut. An army builder if there ever was one, Multiple Man has been teased for a while now; he’s clearly on Hasbro’s radar since he appeared in Marvel Universe. It just seems as though he needs a little extra push. Speaking of needing a push… 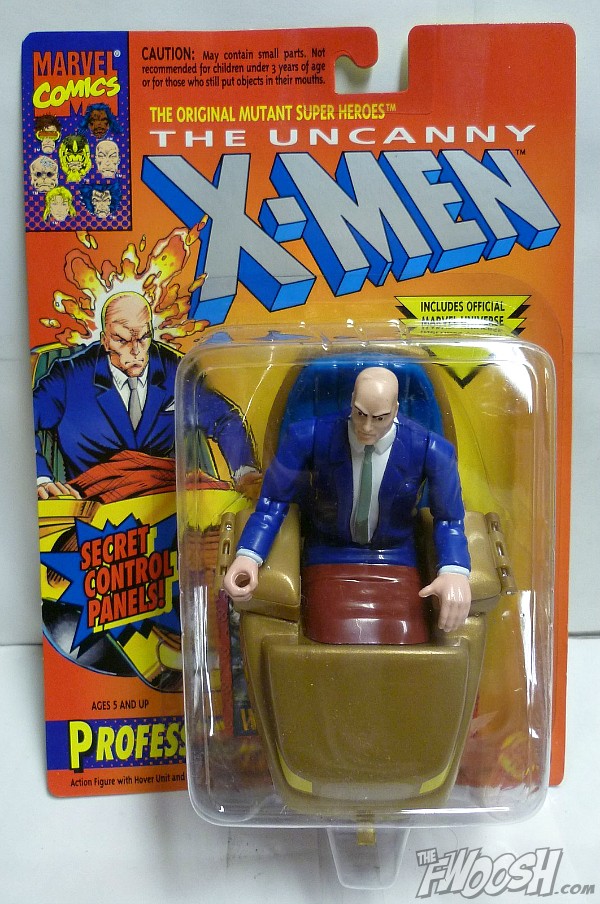 C’mon, you didn’t think it was going to be Slayback, now did you? If you read comics in the 1990s, this is Professor X. The Jim Lee designed floating chair was a key component in many stories, allowing Xavier to be in the middle of the action for the first time. While the Toy Biz version opted to portray Chuck in a jacket and tie, the comic-accurate jumpsuit-wearing Xavier is what fans really want. Just try convincing Hasbro of that!