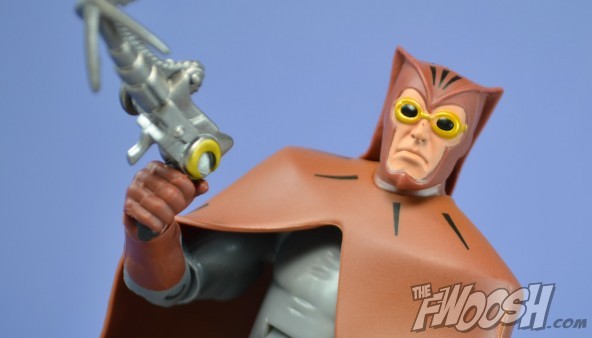 Outlawed by the government. But who makes the rules? Team reassembling. Almost complete. Dreiberg. The Nite Owl. My old partner. He’s been out of the game. Gotten soft. Now back with the team.

“I am a brother to dragons, and a companion to owls. My skin is black upon me, and my bones are burned with heat.” Book of Job Chapter 30, verses 29-30.

Nite Owl. The closest thing to a confidant. Not all heroes have super abilities. Dan is brave. Dan is loyal. Dan is complacent. Of all the Watchmen figures, he is the best so far. Good likeness. Good accessories. Based on the best hero. Blue Beetle. Nite Owl. Together. It’s a dream come true. Hrm.

Dreiberg is the most expressive Black Freighter figure. Face sculpt is ripped right from the pages of the comic. Dave Gibbons never looked so good in plastic. Like the goggles and the saggy cheeks. Expression is dour. Head would be perfect, but this one has a brown smudge on the nose. Not big, but there. Hrm. 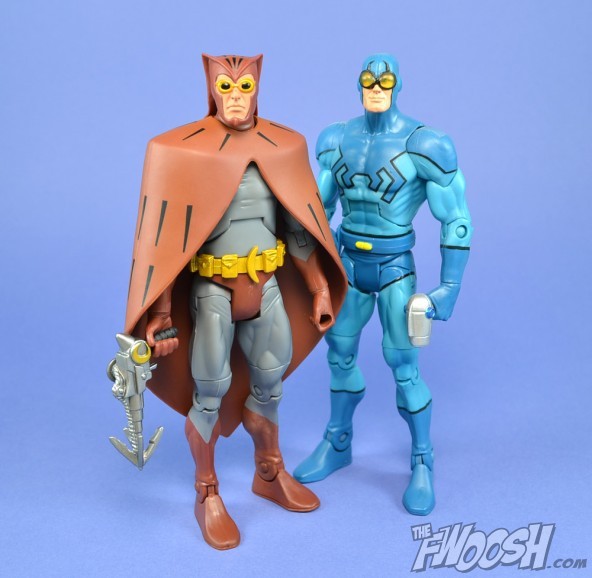 He is a basic DCUC figure, just like the rest, but with one “big” exception: his gut. Belly. Paunch. Spare Tire. However you like it, Dan is out of shape and so is the figure. Matty made a new lower torso piece. For a gut. Dan is a lot of things. Sad to see he is remembered mostly for his poor physique. But it is there in plastic. Some guys from New Jersey were paying attention. Fans pay attention. They know. They always know. Hrm.

His belt is nice. Takes after the source material and is not too rigid so the waist twist still works. But there is the cape. Looks great. Just like an owl. Just like the art. But it is no surprise: it inhibits almost all of the arm articulation. Shoulders don’t move much at all, elbows are okay, but still, not much. Again, if you are surprised, you have not been paying attention. Trade movement for looks. Always a trade off. Hrm. 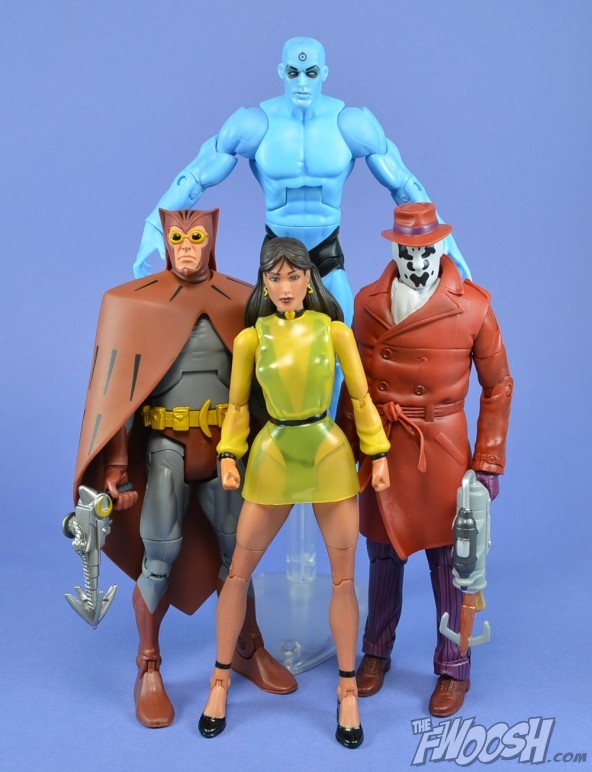 Dan has a lot of implements, and the figure has several accessories. Grapple gun. It is required. Great detail in the sculpt, paint is clean, too. Also, three owlarangs. They are the same sculpt, but you get three. Surprised he can hold them, but he can. A man and figure of many talents. Also, the logo base. Same as it ever was. But where is the Owl Ship? Will we get that. I guess you could call that a joke. I heard a joke once. Hrm.