Read a comic!… is what I feel like saying each and every time somebody impugns the regal majesty of this figure. I’ll have to assume anybody that badmouths it is doing so out of ignorance and has never actually looked at the figure because it’s a thing of beauty. 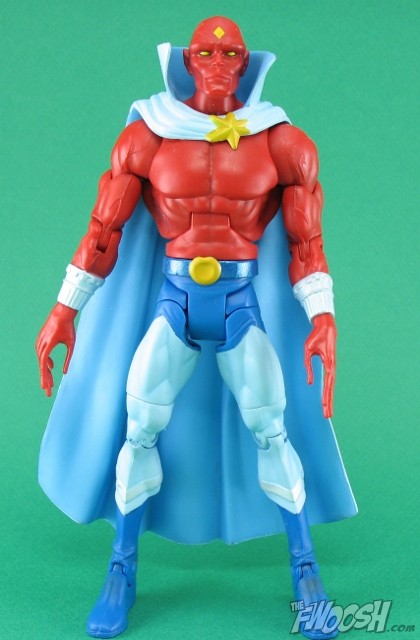 Jemm was one of those figures I never had the slightest fantasy that we’d be getting in this line, so when he was announced for wave 15 (also known as the Validus wave) I think my brain melted for a good half hour just processing the fact that a toy line was acknowledging Jemm, Son of Saturn, and I ended up forgetting most of 9th grade Algebra. 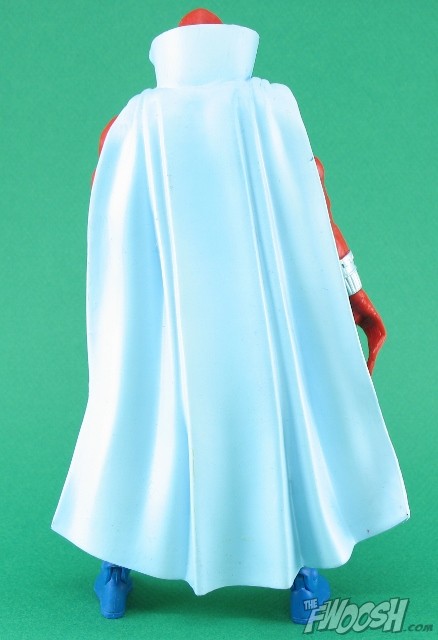 Jemm’s a character with few appearances and probably a nonexistent fan base whose arrival in the wave was met with more utterances of “who?” than an owl high school reunion. His first appearance was in a 12-issue maxi-series in the ’80s by Greg Potter and Gene Colan… and then he disappeared for years and years until Grant Morrison remembered he existed and used him in his JLA run in a moment that made my jaw drop. In his original series, plans were to have him be a relation to the Martian Manhunter before story elements got switched around and he was turned into a Saturnian. 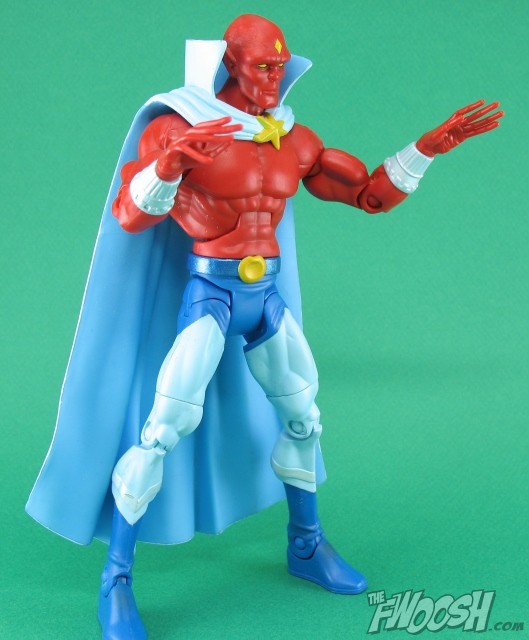 The figure itself is a fantastic representation of the character. There’s a lot of new parts to him that were never used anywhere else. He uses a stock DCUC chest with the veiny shoulders and arms of Martian Manhunter, and the crotch and thights, but the legs, forearms, belt, cape, and hands are new. The hands are probably my favorite part. They’re perfect: long, thin, quasi-creepy, giving off an E.T. vibe. They look like they’re about to pick up Reese’s Pieces. I wouldn’t doubt that E.T. was an influence since the initial Jemm mini-series was a kind of “boy and his alien” story straight out of Spielberg’s movie… except with Superpowers and warring Saturnians and Superman and so forth. 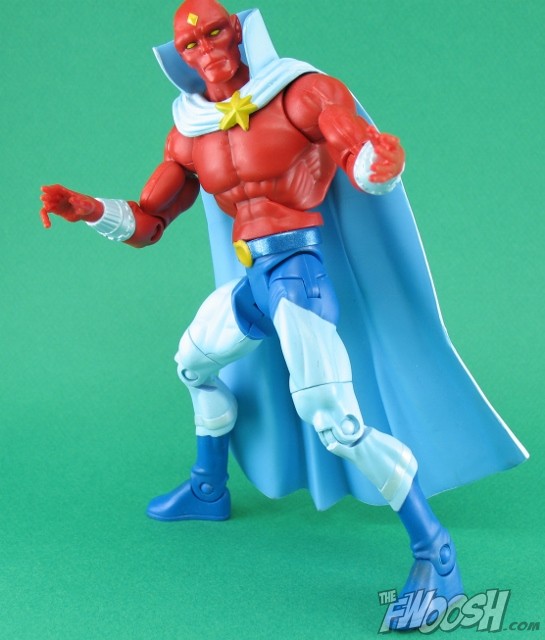 I love the red. It’s a nice, pure red instead of a muddy or orangey red. I’m not sure if I’ve mentioned this before, but Mattel always had a good handle on their reds. It’s one thing very off about some toy companies. Hell, even paint companies can struggle making a really good red that is nice and bright and true without trending towards pink or orange, so when a company gets it right it’s a nice bonus. Yeah, red is my favorite color, so I’m picky about it.  With the deep red offset by the powder blues of his bottom half, he’s a figure with a huge amount of pop. I have no idea why anybody wouldn’t want him on the shelf. 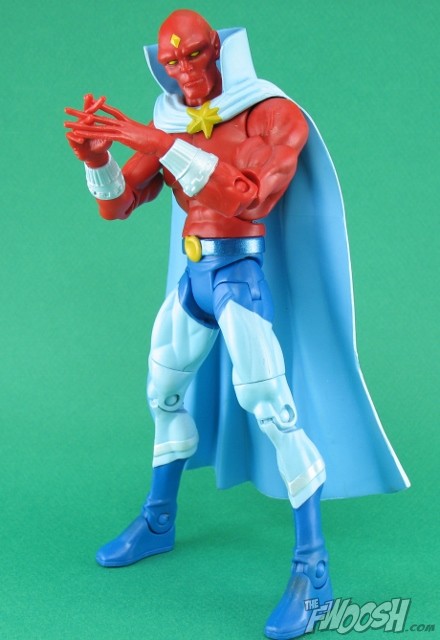 Jemm’s face is a simple one without much razzledazzle, but it’s a nice evocation of Colan’s art without being slavish, and it has a nice, stoic quality befitting his comic appearance. He was a quiet alien who was only riled to action when absolutely necessary, and his expression evokes that neutral calmness. 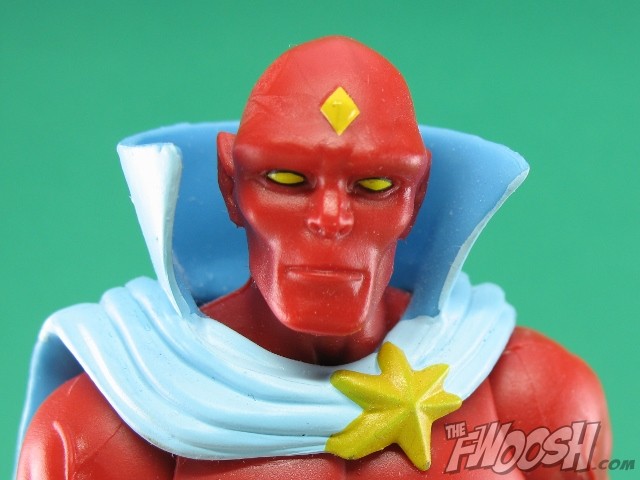 The new parts make him taller than the average DCUC figure, which is also just right. He towers over the stock bodies, making even Superman have to look up at him. With his strange head, bright reds, and eerily unique fingers, he really does stand out in a crowd. After his appearance in JLA he made a few more appearances in Martian Manhunter’s comic, so it was wise to have them be wave-mates.

Can you tell I love having this figure? I have to send out a huge thank you to the Four Horsemen and Toy Guru and whoever else was involved in the decision-making process for this figure. Wish lists can be a depressing thing sometimes, when wave after wave goes by and you can’t seem to scratch off any of the figures you want, either vocally or secretly. Sometimes you just don’t bother campaigning for those figures. But when suddenly a figure makes it into a line that you never would have expected, it’s like a big bright red and blue Christmas. This, to me, is the point of toy lines.