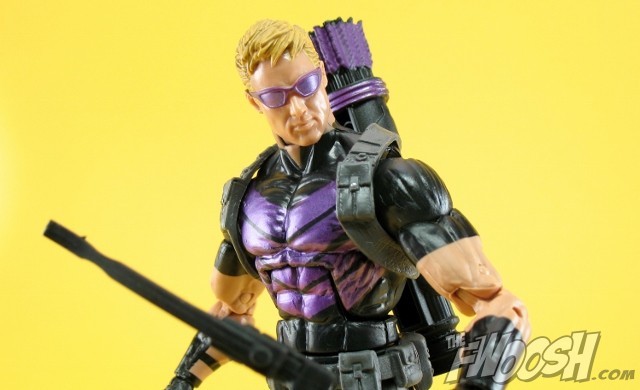 Hawkeye hasn’t made an appearance in Marvel Legends since wave 7, so he was extremely overdue for another figure, especially considering how archaic that figure is now. I know, technically, he made an appearance as Ronin in the Hasbro 2-packs since that figure received what was supposed to be an alternate Clint Barton head, but seriously… that entire Ronin thing needs to be stuffed in a sock drawer and then have the sock drawer tossed onto a sack of flaming hobos because it ended up being a very complicated game of “Guess Who” that got really old really fast. 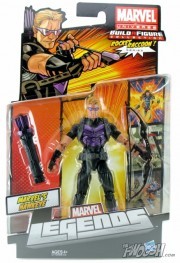 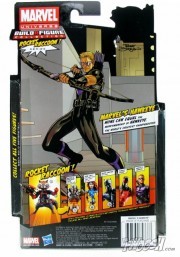 I’ve been looking forward to a redo of the classic Hawkeye costume ever since it was announced that it would be utilizing the new praiseworthy mid-sized Hasbro body. Unfortunately, toys being what toys are, the classic — or neo-classic — Hawkeye figure, which was scheduled to be that fun thing called a “running change” to the modern Hawkeye, got flummoxed out of the line along with Bulldozer and a pair of Jeans, so, for now, we’re going to have to deal with just getting the one Hawkeye. Hawkeye got the shaft. Pun most definitely intended.

So for now, we only get the modern. Shucks and darn, I says. 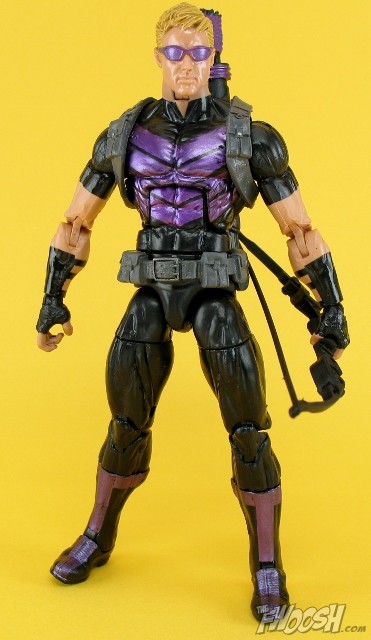 This is a fairly recent redesign for Hawkeye, clearly taking cues from the Ultimate Marvel world and more noticeably Jeremy Renner’s big-screen interpretation of Marvel’s favorite archer. There’s no pointy mask, no skirt, no bootcuffs… there’s very little here except for the color purple as a callback to his original costume. It’s less an update and more a total redesign, which apparently makes him a bit more streamlined and tactical. I guess so, but to me he loses a bit of what makes him unmistakably “Hawkeye.” To me the updates that work the best hold on to aspects of the previous designs and make them work in new ways, while still remaining at-a-glance recognizable as that character. If you take away this Hawkeye’s bow, it would be fairly difficult to peg him as Hawkeye unless you were told in advance. To me, at least. 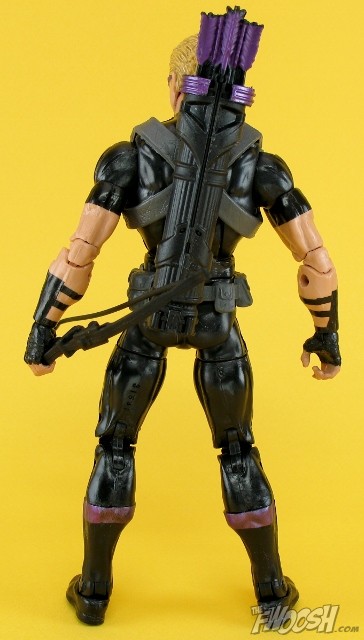 Having said all that, there’s nothing inherently wrong with this costume. It’s sleek, functional, hip, and very Hollywood and/or CW, if that’s what you’re into. I think the sunglasses are trying too hard, but sunglasses are the new masks, I guess. And if this is Hawkeye’s new look until some artist decided to slap a pointy mask back on him, so be it. His new comic has been surprisingly entertaining enough. 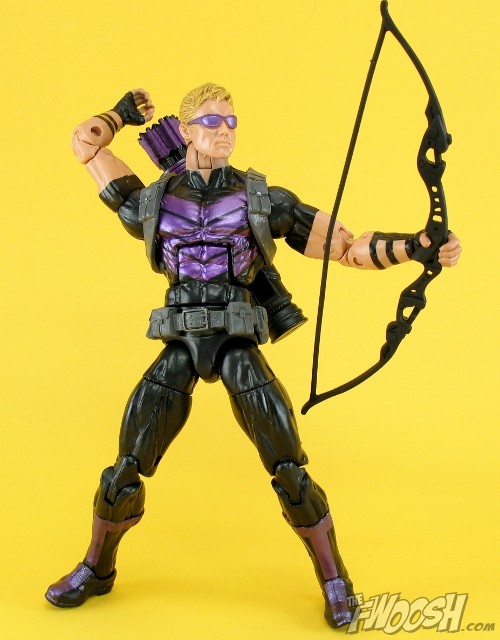 There’s been a bit of floofer over the wrist guards concerning whether or not they’re going the wrong way. I think the bigger floofer is the fact that details that once would have been sculpted — either as part of the arm or an additional piece that slides on — are now just painted on. We’re in strange days, ladies and gentlemen. It doesn’t really bother me too much. The paint is at least well done, and there’s a bit of a metallic sheen to his purple parts that perks up the entire ensemble. 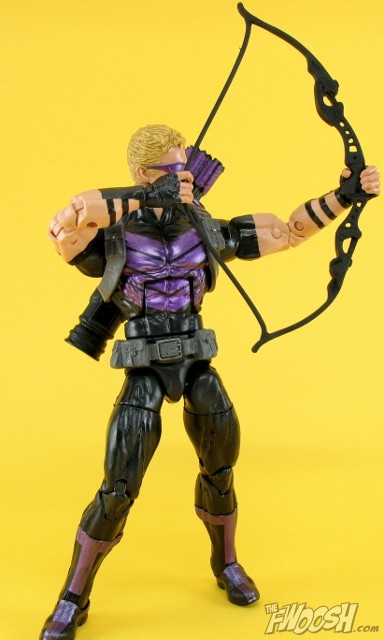 Utilizing the mid-sized Hasbro body means Hawkeye is stable, functional, well-articulated, and all around a fun toy. One downside to the general gumminess of the plastic being used nowadays is that he can’t really hold his bowstring in a firing position without the torque of the string bending his arm, which is pretty unfortunate; however, I do approve of the fact that A) they gave him an actual string and B) the string doesn’t have an arrow permanently attached. To offset the clearly deadly aspect of this toy bow, they didn’t give him any arrows. So I guess kids’ eyes across the world are safe. Whew. Load off. 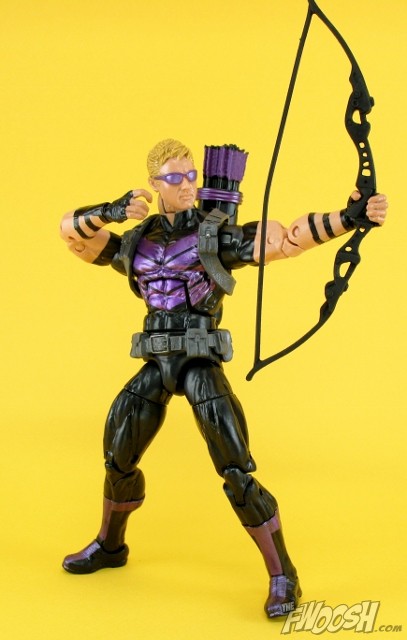 In addition to his bow, Hawkeye comes with a quiver of arrows that plug into the hole on his back. They’re nicely sculpted, but they tend to move around fairly easily when you’re playing with him.

Going back to Jeremy Renner and the influence of the movies, I can see a bit of resemblance in the head sculpt, mostly in the nose. Renner has a very distinctive-looking nose, and I can see a little bit of him in there. I don’t know if that’s just my subconscious working or not.

While it’s a shame that the neo-classic Hawkeye costume is not getting an immediate release, I’m hoping it finds its way out in the near future because it deserves a home. Meanwhile, modern Hawkeye is a decent, fun figure with only a few hiccups keeping it from being perfect plastic.