Okay, unless you have been living under a rock or are in space completely devoid of action figure news (but how would you be reading this?) you have to know that the Four Horsemen’s Gothitropolis Ravens Kickstarter campaign has been a, well, FANTASTIC success. What started off as a basic crowd source project has ended with $303,666 in total funding — that is 467 percent of the initial $65,000 goal! Not only do we get all of the originally planned variants, but we also hit every single stretch goal. Yep, your shelves will be filled with ravens, vultures, ducks, roosters and even flamingos by next March and they will have everything from swords to wings to duck feet to stands to go along with them. 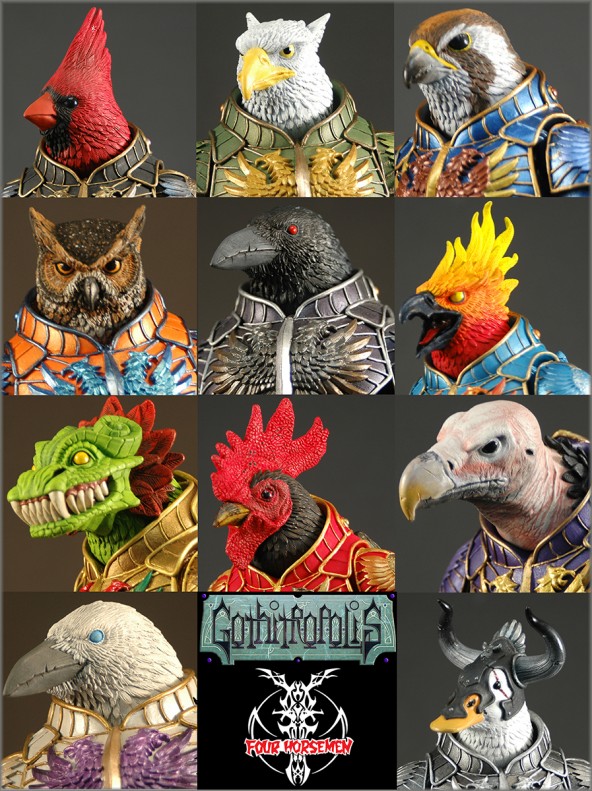 I could go on and on about this campaign and try to break it down in a number of long-winded ways, but in the end, the important message is that I am absolutely thrilled about this on so many levels. For the property, the viability of crowd sourcing for homegrown projects and for neat toys in general.

So congrats to the entire team at the Four Horsemen! Congrats, Cornboy, Jim, Eric, Shane, Sherrie, Owen and everyone else at 4H central that worked so hard to make this happen. Also, congrats to the community at large. Whether you are a current backer or if you are waiting until after production to get your figures, we are the true winners here because we are going to get some great toys from a great group of guys and girls.

What a thrill this has been, and the best is yet to come! So again, congratulations to everyone on a truly Fantastic success!