By Series 14, Marvel Legends seemed to be running out of steam. While fans were eager to add characters like Falcon and Psylocke to their collections, somehow the actual figures missed the mark, lacking the intangible magic that had originally made the line so great. Fortunately, there was one true gem hidden amidst the rubbery joints and missed chances. 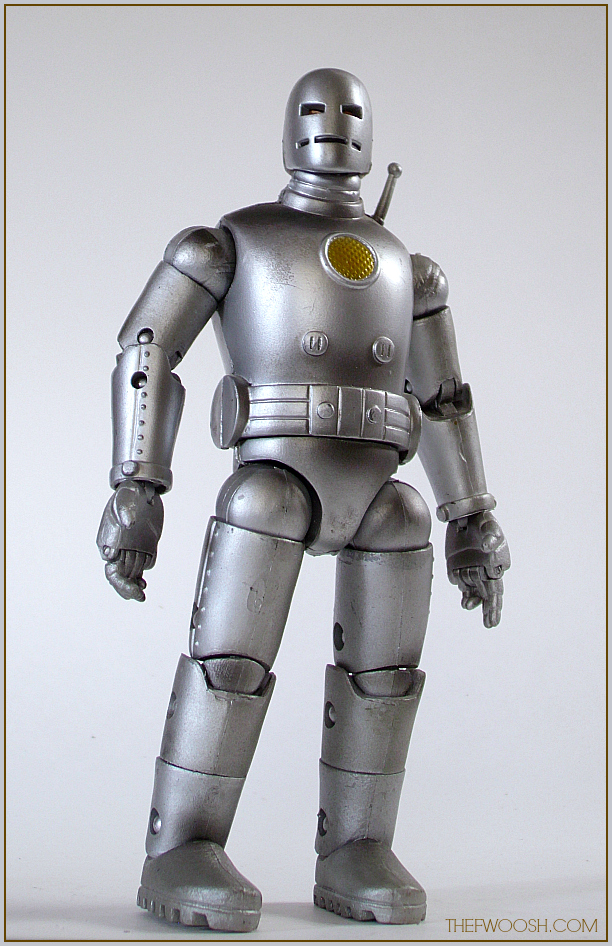 First Appearance Iron Man came at just the right time. ToyBiz had already given us the classic red and gold armor Shell-Head wore through the 1970s, the Silver Centurion armor of the 1980s, the War Machine armor of the 1990s, and the “modern” armor of 2004. Poised to move forward, the company took one last look back at the armor that made it all possible. 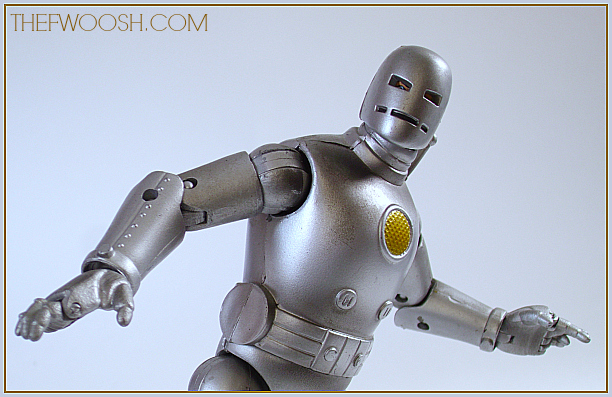 Obviously, Iron Man is an entirely new body tooled specifically for this wave. It was an impressive commitment on the part of ToyBiz, as the reuse options for this figure are minimal at best. They really nailed the suit, sculpt-wise: everything you see on the cover of the enclosed comic is there, from the large round rivets along the arms and legs to the comically standard-looking electrical outlets on his stomach. Hey, they were high-tech for 1963! 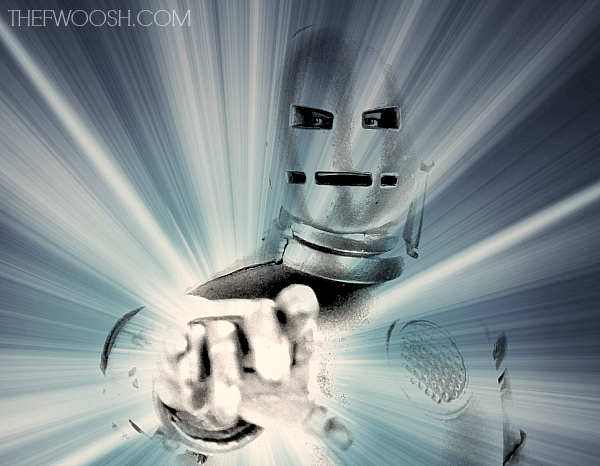 Though you wouldn’t expect it from looking at him, Iron Man can move as well as any of his Iron kin, featuring a respectable 36 points of articulation. We have a ball-jointed neck and shoulders, a swivel at the upper arm, double hinges at the elbows, hinged swivel at the wrist, plus a full set of hinged fingers. The waist also swivels, and the knees are double-hinged with a boot-top swivel above a hinged ankle. That’s quite a range of movement for a guy who appears to be wearing a suit made of old mufflers. The articulation is hidden in plain sight thanks to the armor’s primitive nature and works in tandem with the sculpt, which is essential when trying to pull off a design this boxy and undynamic. Also, he can bust some serious moves.

Iron Man sports the same shade of silver from head to toe, although there is a bit of black overspray that helps both knock down the shine and create a gritty, real-world effect. It looks good, and helps sell the idea this suit was scratch-built under less than ideal conditions. The unibeam features a nice gold paint app which provides a lot of visual pop. The silver paint scratches fairly easily but in this case it adds to the “weathered” appearance of the suit. The variant of this figure was gold to represent the Mark 2. Being a straight repaint, it was missing that armor’s skirt piece, but no one really seemed to mind. 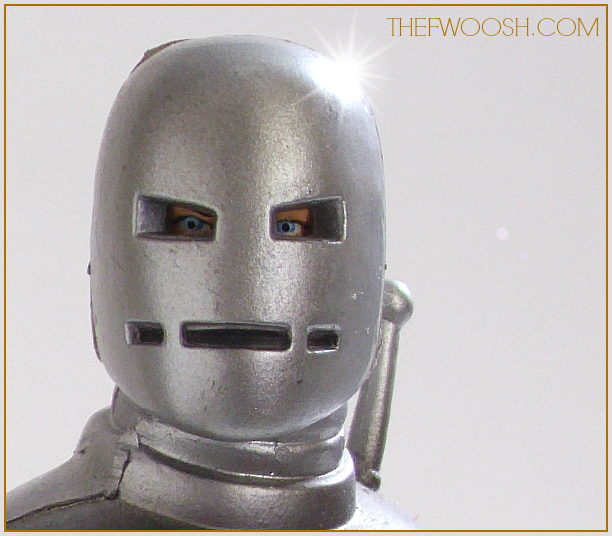 As far as accessories go, Iron Man has none. I mean, what would you give him, a land-mine? Still, the figure wasn’t empty handed, providing BAF Mojo’s tail and cyber-ass, along with a reprint of Tales of Suspense #39. But wait, there’s more. You may have noticed what appear to be a steely blue set of eyes peering at you through the helmet’s eye-holes. No, it’s not an optical illusion: ToyBiz saw to it that each of their Iron Man figures featured a removable face-plate with a Tony Stark likeness behind it. While some of these attempts were decent, others were best left hidden. I actually glued the mask on my figure because I was sick of it popping off, but in the interest of full disclosure I bring you: 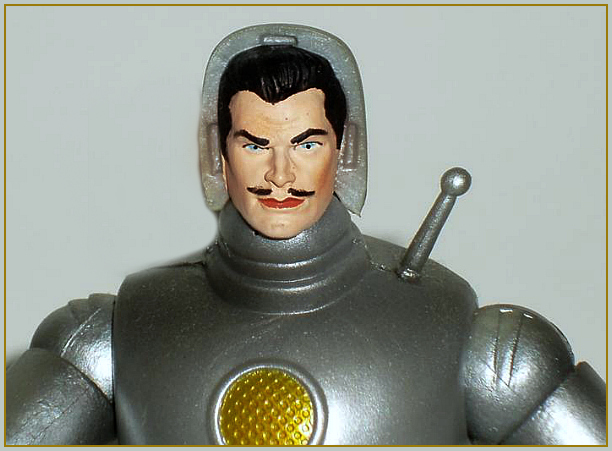 Yeesh, Tony’s neck is either really long or really elastic. I’m guessing when he’s not in the armor he hides it with really high collars. Bring those ’70s fashions back already! 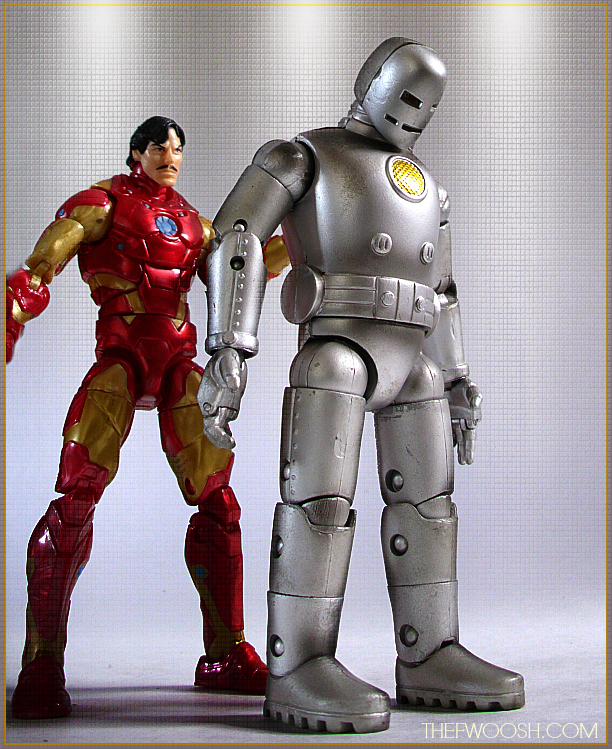 First Appearance Iron Man is essential for any Stark Armory display. Between the comic-accurate sculpt, understandably basic paint scheme and surprising amount of articulation, it’s pretty much the ideal representation of this suit.  And while other collectors prefer to substitute the Mark One from the Iron Man movie line for this version of the armor in their displays, I am perfectly happy with this figure. He superseded my expectations and, even today, is pure hand-candy. He’s one of the easier Iron Man figures to find on the secondary market, so there’s really no excuse not to have him. Whether anchoring your original Avengers display or just filling out the ranks in your armory, you’re sure to get a charge out of First Appearance Iron Man.