Off-duty Wolverine made his debut in Wave 11 of Toy Biz’s Marvel Legends, which was called the “Legendary Riders” wave. Because of that, each figure received their own form of transportation, some making more sense than others. It was only natural that Logan would get his motorcycle.

Not content to just give us a single Logan, the wave provided us with a pair: present and future. Or I should say “Days of Future Past,” since this was Logan as he appeared in that classic X-Men story. 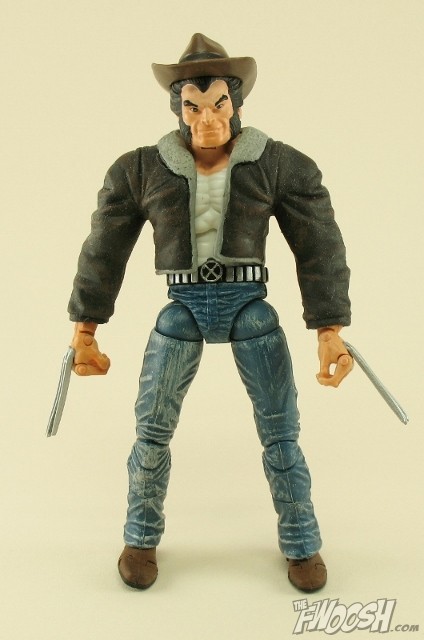 The figure itself is a new sculpt and has some good points and bad points. I think the best quality is height. This is one of the shorter Wolverine figures made, and it comes much closer to representing his actual height than other figures, especially taking into consideration that he’s wearing boots that are artificially adding some inches to his height. 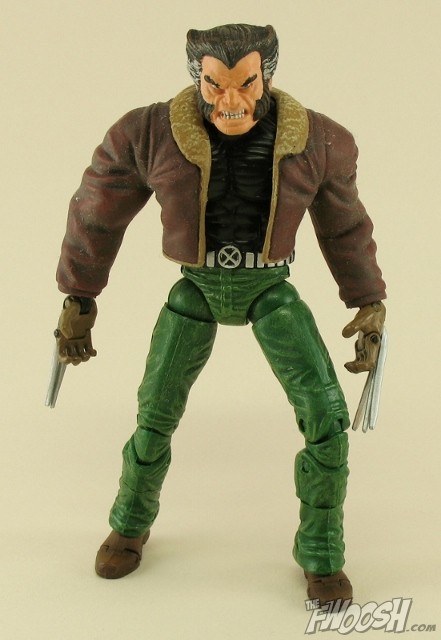 Both sets of pants are nicely sculpted with some nice drybrushing effects to give the impression of wear. The shin articulation is annoying, though, and detracts from the overall aesthetics of the bottom half of the figure. I don’t think the figure would have suffered too much if that articulation point had been left out, but that was the nature of the line at the time. 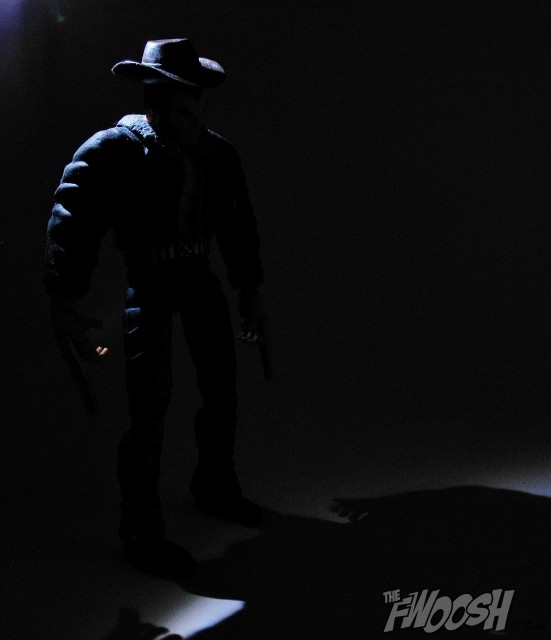 The ball-jointed hips are pretty well-sculpted at a time when you never knew who would get hit with large-ball syndrome, and flowed nicely into his crotch. The waist swivel is located just below the belt, so no split-belt articulation for this Logan.

His waist up is where things fall apart a little. While not horrible, the jacket is a bit of a hindrance to posing. I like the looks of it, but it tends to make his arms snap back into a neutral position. I think a combo of sculpted arms with a jacket “vest” that slid onto his torso would have made a world of difference in raising his play value. As it is, the jacket looks nice and seamless in a vanilla position but the figure suffers because of it.

His claws are kind of wimpy-looking also. This is another figure that would have benefited from swappable claw hands because I’d rather him not have the claws out all the time.

The heads are a mixed bag. I like the older DOFP head better due to the angry snarlface. The “present” Logan head just looks… a little dopey. There’s something cartoonish about it. Maybe that was what they were going for, but it doesn’t really work as well as some other unmasked heads. And the hat doesn’t work at all. Logan has very unique hair, and while I admire the attempt to have a removable hat for him, it ends up seated too high and with the dopey expression it makes Logan look like he doesn’t quite know how to dress himself or something.  A few details like swappable heads and hands, sculpted jacket sleeves and such would have really pushed this figure into a different category. Taken together, the figure suffers from the inadequacy of the sum of its parts.

Oddly, or maybe not odd at all, the bikes are the stars of the show. I like how present Logan has a nice, spiffy new bike, and the future Logan has the same bike but it’s dirty; the paint is scuffed and worn, and it looks as though it’s been through hell. Days of Future Past Logan wins by a small margin.

Discuss this on the forums