Who doesn’t love a good surprise? Well, the Internet, for a start. There isn’t a book it can’t ruin, a movie it can’t spoil or a political campaign it can’t send into a tailspin. The world of toys is no different. Recently the UPC codes for waves 2 and 3 of the 6-inch Star Wars Black Series were leaked, taking a bit of the wind out of any big SDCC reveals. Now, in the interest of maintaining surprise, we’re not going come right out and tell you that information, but what we will do is take a look at the Top 5 Star Wars Black Series Figures We’re Looking Forward To Seeing at SDCC! How’s that for hiding things in plain sight? 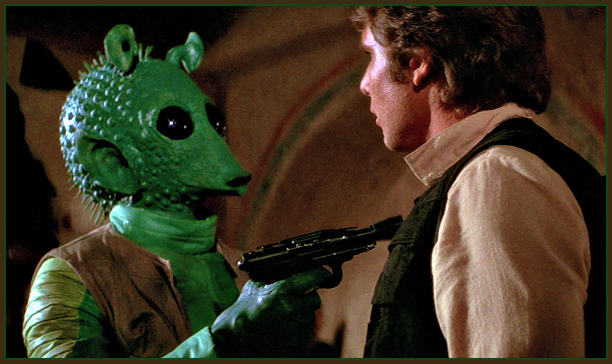 Okay, we’ve known about Greedo for a while now, so we’ll start with him. While his screen time was brief, this bounty hunter made an huge impression, though it was mostly on the wall behind him. Sure, he was really only there to make Han look good, but as a little kid I didn’t care. I freakin’ loved my Greedo figure. The most colorful of the 21-backs, he made an excellent generic alien or general heavy for Luke and the gang to run from. While not exactly movie-specific, the figure was eye-catching and fun, with one of the most expressive heads in the line. If the new figure ends up being half as cool as the original, Black Series Greedo will be in good company indeed. 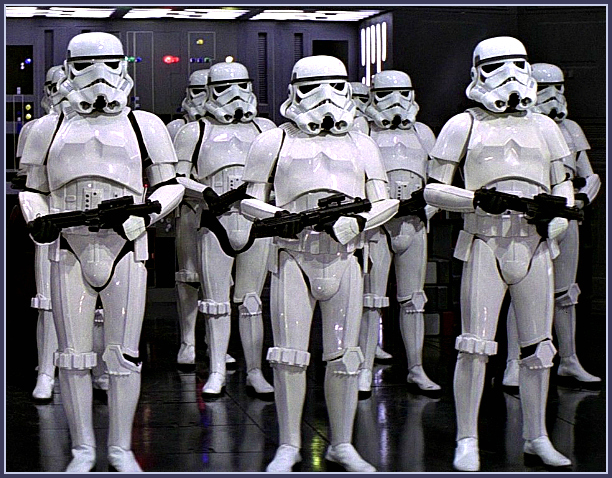 Stormtroopers in a 6-inch scale? Looks like Hasbro wants all of our money, and Star Wars fans are going to be lining up to give it to them. The ultimate army builder, the Stormtrooper is going to cause a huge problem for collectors. By it’s very nature it’s a figure folks are going to want dozens of, but there’s no way retailers will be able to meet the demand for these. Ever expect to see Han or Luke pegwarm? In this scenario it’s entirely possible, it all depends on the case-packs. After all, no one is going to want multiples of the heroes, which means if they’re packed in even or greater numbers than the ‘troopers… well, it may not be pretty. Preorder will be the way to go with these guys — that is, if you ever want more than one or two of ’em. 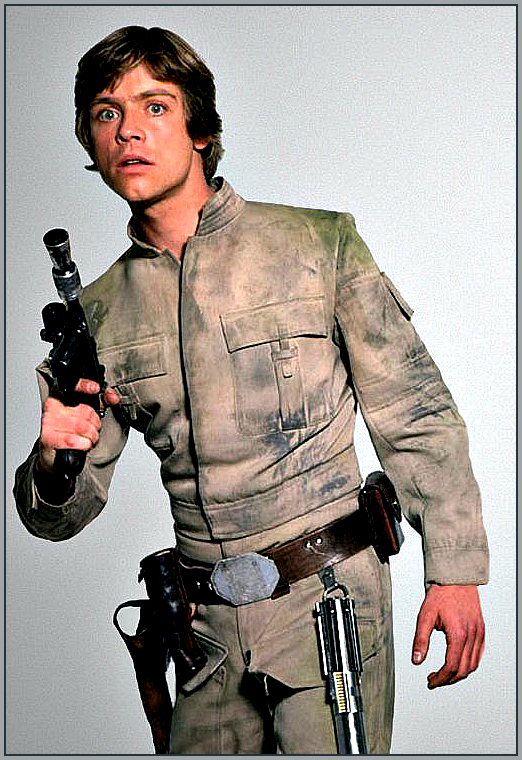 Ah, the Bespin fatigues. Seriously, who doesn’t love this costume? Luke’s space-blouse and leggings fit with where he was as a character in Episode 4, but he’d clearly moved on by Episode 5. I’m not sure if this getup was Rebel-issue or if Luke picked it up during some off-camera adventure, but it was a welcome surprise then and still looks great today. As a kid I coveted the original Bespin Luke figure, but somehow never ended up with one. Instead I got stuck with boring old Hoth Luke, and we all know he wasn’t any damn fun. I mean, you could only play with him three months out of the year, and then only if it snowed. I knew I should have bought another Stormtrooper! 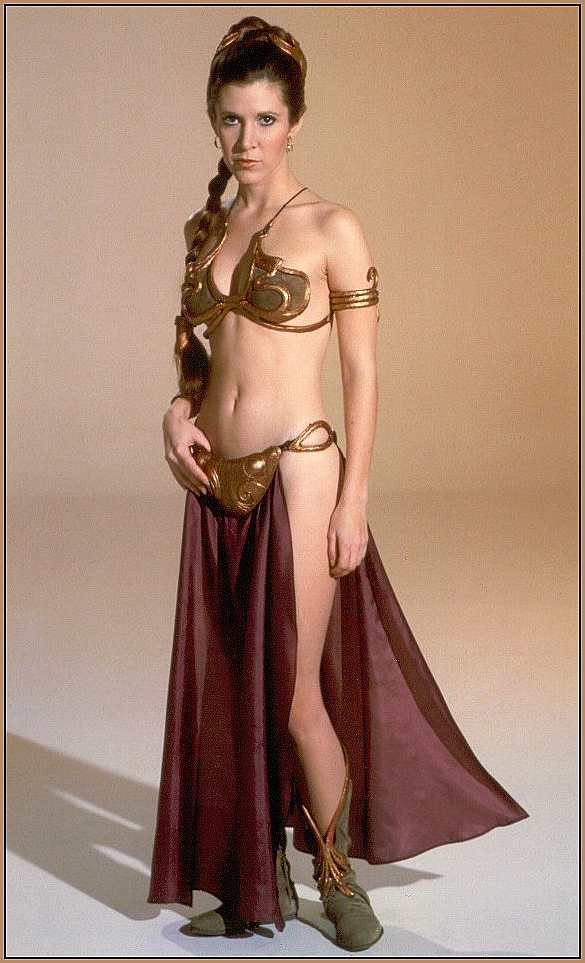 Hello, nurse! Slave Leia will sell by the truckload based on her cultural cache alone. Next to Darth Vader and the ‘droids, she’s probably the most popular Star Wars character. (Sorry, Chewbacca, but hot girls aren’t getting half-naked dressing like you, buddy!) Sure, it’s a little strange receiving this version of the Princess before her Episode 4 incarnation, but I guess that’s how Hasbro plans on keeping folks invested in the line. It will be interesting to see if this figure can pull off the lounging poses Slave Leia is known for — after all, she does get pretty comfortable with Jabba. If the figure ends up being anything like the woman who played her, you’re going to want to keep Leia here far from your “party supplies,” if you get my drift. I mean, who here can afford to send their action figures to the Betty Ford clinic? No me. I’ve got Stormtroopers to hoard! 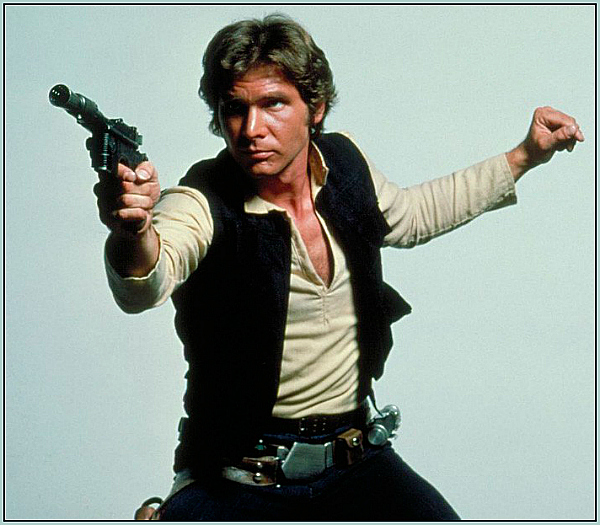 Luke who? It’s 1977 and I’ve just seen Star Wars for the first time. In all seriousness, the 7-year-old Man in the Anthill asks his parents for a vest. An odd choice considering the lad has never taken an interest in fashion before, but the reason is obvious: Han Solo wore one! I eventually got my vest, but for some reason it didn’t turn me into a dashing space pirate. Maybe it was the wrong shade of black? What we do know is that Episode 4 Han Solo is going to end up front and center of many a Star Wars display. Also, a fair number of them will immediately get chopped up by Fwooshers and made into Blade Runner figures. He’s gonna sell is what I’m sayin’ — all of the above will. Now, the addition of Episode 1-3 product may cause some hiccups: looking for a Han on peg after peg of unwanted Anakin Skywalker figures will be a dispiriting experience, but remain strong. Once the tooling exists I think we’ll see all of these figures re-released with minor tweaks. Honestly, these 5 are some of the line’s evergreen characters and should prove a lot easier to find than, I dunno — Stormtroopers?

So there we have it. There are certainly more surprises in store for Star Wars fans at SDCC, so check in with the Fwoosh all week for periodic updates from the front lines. No doubt there will be pictures, stories and the unique kind of craziness only the San Diego ComicCon seems to generate. As far as the Black Series goes, it’s hard to believe it’s actually finally happening. Star Wars figures in the 6-inch scale have been fantasized about since Todd McFarlane sent his first series of Spawn figures into the world. Now,when it’s all coming true, will it live up to our expectations? It’s crazy to think these figures can generate that sense of excitement and wonder that the originals were responsible for. Still, that familiar thrill comes back every time another scrap of news or advance picture is revealed. Like the first time we blasted out of Mos Eisley together, we’re starting a journey in which we’ll visit fantastic worlds, meet incredible creatures and have adventures beyond our wildest dreams. Or, to quote a certain protocol droid: “Here we go again.”