Ah, but you knew these lists would be coming, right? We are starting our annual San Diego Comic Con hype train this week, and, right now, the show is all about expectations.

We will have plenty of time to discuss what is actually shown by our favorite toy makers, but what should we be expecting to see at the show? Due to some system leaks, I think we have pretty solid lists for one of, if not THE, most-anticipated new action figure lines in recent memory: Star Wars: The Black Series six-inch figures, so you can read that list here. But Mattel will be showing off their end-of-the-year figures for both the DC and Masters of the Universe brands, and, more importantly, what will be coming at the beginning of 2014 to help entice people to buy up their subscriptions.

We know that the MOTU “roadmap” has been adjusted so that 2014 and 2015 will be focused on getting the core characters from each of the vintage lines and FilMation shows, so 2014 should be a solid showing of some of those characters. So what are the top-five characters we expect to see? That will be answered a little after 11am (PDT) on 7/19, but, for now, here is our list. Oh, and remember — these are predictions for what we think will be shown, not a personal wish list of what we want to be shown, though there might be some crossover. Most of these should not be surprising.

Editor’s Note: We already know a couple of things about some of the reveals at the show. Geldor will be shown for the end of 2013 as the Fan’s choice vote winner; Sea Hawk is all  but confirmed for the FilMation subscription based off of the reveal of his cutlass; and there will be a panel vote between Huntara and Lord Masque for a late 2014 release. 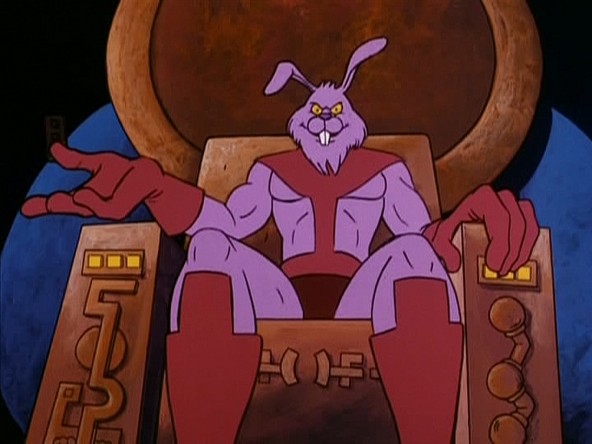 By now, the rumors are too strong to deny the intergalactic pink despot. He has been sharing a lot of conversation time with Nepthu in terms of what is going to fill out the rest of the 2013 Club FilMation line-up, and since Sea Hawk has ostensibly been confirmed (and so not included here), I think Plundor is likely to show his fuzzy face. Personally, I would be thrilled to see this figure and I think I am not alone, but the fan base is certainly divided. He is insane in design, but in concept of character, he is really evil and a not-at-all-subtle allegory for greed and power at any cost. Frankly, I have full faith in the Four Horsemen that he would be adapted to look great in the Classics aesthetic, and that he will also look great on my shelf. 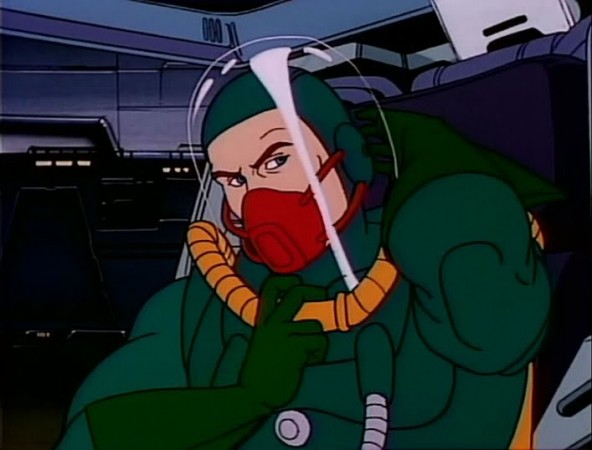 Let’s face it, 2014 is going to need to appeal to a lot of people, and even though, as a PoP and FilMation fan I have a lot holes in my collection, New Adventures fans certainly have the biggest beef for having a miniscule cast of characters on their shelves. The Space Mutants have fared okay with three members (though Flogg is still absent), but if Icarius is looking really, REALLY lonely standing all alone in the Galactic Protector corner of the display. Sure, we are getting Galactic Protector He-Man next week, but he is still a variant; we need more unique characters. Hydron is the field leader of the Protectors, and, as far as I am concerned, the biggest current omission to the NA line-up. Maybe I have just talked myself into buying into the logic, but I think he will be there. 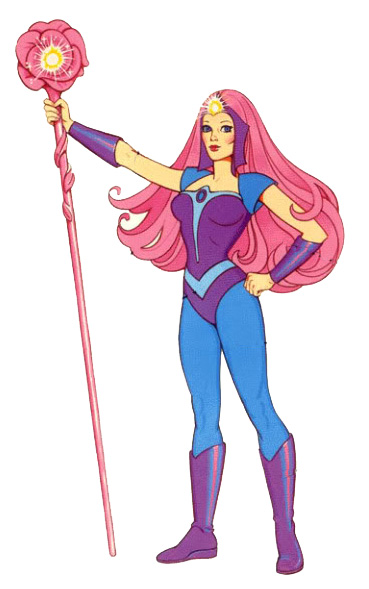 The Great Rebellion is very slowly becoming more and more great in terms of numbers, but it is time to really kick it up and start filling out those required ranks. She-Ra and Bow are two of the three biggest stalwarts of the Rebellion, so Glimmer is the next logical choice and by far the most overdue in terms of characters we have not yet gotten in plastic. I mean, she lead the Great Rebellion for a time, and she was included in almost all of the old FilMation episodes. It is nice to have gotten characters like Netossa and the Star Sisters already, but it is time meet the required cast. 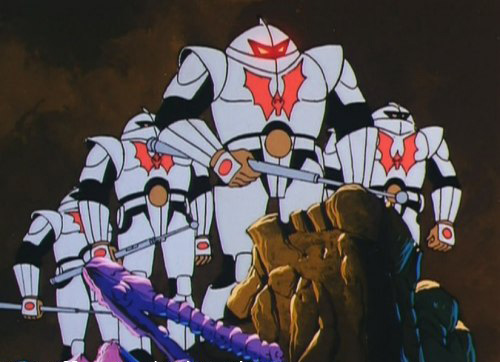 Unless something really strange happens, I am pretty confident we will see a two-pack of the Troopers as the Q4 oversized item for 2013. Start saving your army-building pennies now because you are certainly going to need them. This is going to be a big hit pack for Mattel and I think a lot of collectors will want at least a couple of sets to fill out the ranks. Hopefully they will come packed to the brim in terms of weaponry and interchangeable parts (that includes the General Sunder head and cape!) so that we will be able to get a ton of variety out of them. Oh, but you should be able to build two standard identical Troopers; that will be important.

Two Bad is totally the new Ram Man. Let’s face it, the 2014 lineup will be anchored by a very popular vintage MOTU character and Two Bad is the biggest name still outstanding. I’m sure he will be just a standard figure, but, like Mantenna, they will ensure that all of the necessary new parts and tooling will be accounted for to make this figure a home run. The fate of 2014, and even the line as a whole, rests on the shoulders of the vintage 2014 subscription big gun, and it is time for Two Bad to step up to the plate and drive it home. I have no doubt the Horsemen will make him amazing and he will help get it done for 2014 (and hopefully beyond).

So, here is our list, do agree? Sound off in the comments below, vote in the poll and stay right here for all of your SDCC coverage, all will be revealed a week from this Friday!