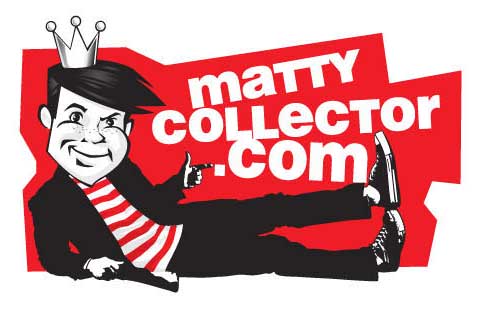 Toy Guru has posted a statement about the current status of the 2014 Masters of the Universe and DC Infinite Earths subscriptions, as well as the Ecto-1 pre-order. Check out the message below, and you can find the original post here.

I’ve seen a lot of emails and posts over the last few days about the meter and reaction to my post on Facebook yesterday that we are still tracking below expectations. Let me see if I can clear up some common questions.

1:The meter is 100% accurate. It is not a scare tactic. It was designed as a communication tool to let fans/customers know how close or far we are from the sub happening.

2:If the meter is not hit, what will likely happen is the 4 figures that are already tool’d (the ones revealed at SDCC) will be released quarterly and perhapes an item at SDCC. After that, that will be it. End of story. It is not a scare tactic, it is a truthful statement. MOTUC and in fact everything we do on Matty is a tiny tiny spec for Mattel. We continue to make these great toys because we love our fans, we love these brands and we want to keep them going. But the raw facts are in today’s market we simply can’t keep these high end low run collector lines going with out guaranteed customers. That is why we have the presale sub and the meter to communicate how far along we are.

3:We can’t reveal additional figures simply because we don’t have anyone far enough along to reveal. We can only reveal a figure after an internal milestone called “FPR” (Final product review). We revealed eveything at SDCC that had made it to this stage. Counting the “sneak peaks” at the panel and in the case on Sunday, we’ve revealed 5/12 monthly figures. So customers know about 1/2 of the entire year at this point! The reason we don’t reveal more figures is because we don’t want to show something that might not happen. For example, in the DC brand, a few retail figures were shown at NYTF in Feb. like Damien Wayne and a new Batman Beyond that were canceled. Have you seen the posts about this? The last thing we want to do is reveal a figure that might not happen. That is a lot worse, believe me. That is why we don’t reveal figures that have not made it to FPR stage internally. We don’t want to show something that might not happen or be changed. We need to wait until FPR stage to reveal.

4: A lot of the issues last year like QC and CS have really been tackled head on as promised. Combine that with our sub portal letting you easily change addresses or make adjustments as well as a new quarterly shipping option that will help save on overall shipping. Shipping is an area we just don’t have as much control over, but we are doing everything we can and by offering a hold and ship quarterly option you will be able to save.

5: Again, I know fans want to see the entire year, but this is the 4th or 5th year of doing this.You guys know the drill and as noted above the reasons why we can’t show further figs. They just aren’t far enough along. And really, in today’s market, the customers we need to keep all of the subs (and the Ecto 1) going are customers that are “all in” no matter what. It really shouldn’t matter which figures we are doing, the type of customer needed to keep the line going, the customer that is the life blood of these lines is the type of MOTU (or DC) customer who wants anyone no matter what. In today’s market we just can’t build a line around cherry pickers. Subscribing isn’t just about the bonuses of subing in like the Unnamed One, Early Access or less expensive figureds ($25 vs $27 day of). Sub’ing in is about supporting all of the figures and ensuring the line itself goes forward. The question is do we have enough of this type of customer? I think so! We did in 2011-2013!

6: We have indeed re worked the line up and as seen by our reveals at SDCC 23014 is packed full of A list charcters. No concept figures like the FFM or Vykron. 2014 and ideally 2015 will be all the figs we want to complete the line including vintage MOTU, vintage POP, A list NA figs and A list figs from other media like mini comics or animated series. The SDCC reveals should have confirmed this.

So to wrap up, I promise this is not a scare tactic or a roller coaster ride. The meters are 100% accurate and show the sub in level. Without hitting our goal, likely we will just release the first 4 figures and call it a day.We just can’t keep these lines going without locked in support anymore.

Hope this helps. If anyone is not sub’ing in and you have a sepecific reason, please post here or over in Ask Matty MOTU/DC and I’ll do all I can to address your questions.

Getting 2014 to happen will take all of us and a combined effort. No one wants to see MOTUC go away, but without the min number of sub holders, that is a very realistic possibilty. Not a scare tactic, not a marketing gimick, just us being as open and honest with our customers as possible!