Pics by Matthew K, text by The Man in the Anthill

I didn’t make it to SDCC myself, but I had the next best thing: 24/7 Fwoosh coverage! The team worked tirelessly to get us all the updates, news, and reveals the moment they dropped. Today, we’re taking a look at Mattel’s upcoming DC Comics offerings. 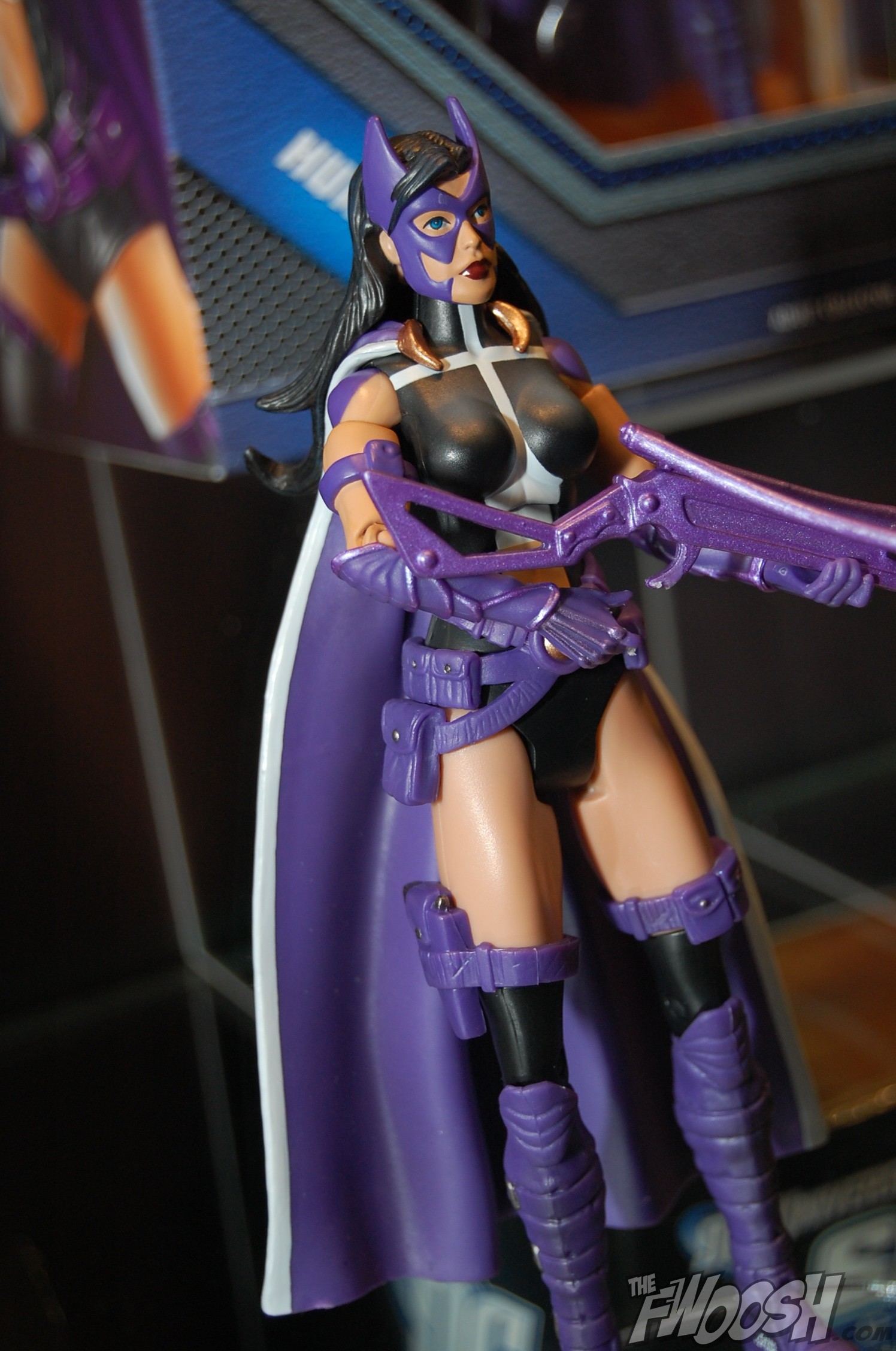 Matty took this opportunity to show off the final four figures in the 2013 series: Huntress, Ra’s al Ghul, Ocean Master, and Batzarro. Well, three out of four ain’t bad! We were also treated to a preview of 2014’s Superboy, as well as “Hook-handed” Aquaman, Matty’s gift to CIE subscribers. While we knew figures like Huntress, Fire, and Ice were forthcoming, it was great to get a good look at them. As far as the new reveals go, it was Ocean Master that blew us out of the water. Big collars are back, baby! 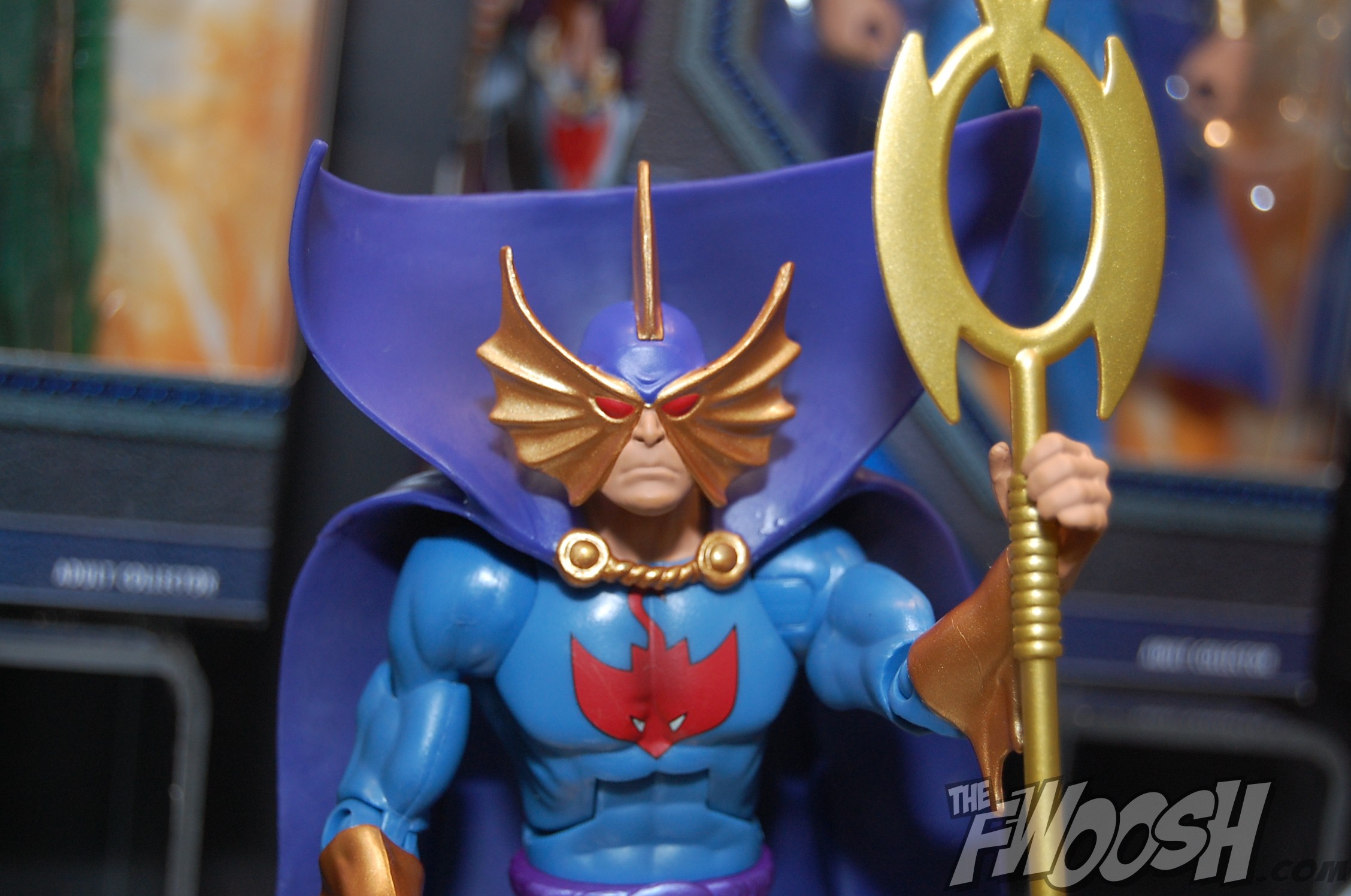 It’s looking like Doomsday for the 2014 sub. No, I’m not being pessimistic about the future — we’re actually getting Doomsday! This long-demanded figure is finally receiving some plastic love, but how much love is up to you. The 2014 sub works on a new two-tiered system. Once the first tier is reached, Matty can officially move forward with production of the line. This nets the subscriber this “First Appearance” Doomsday figure. 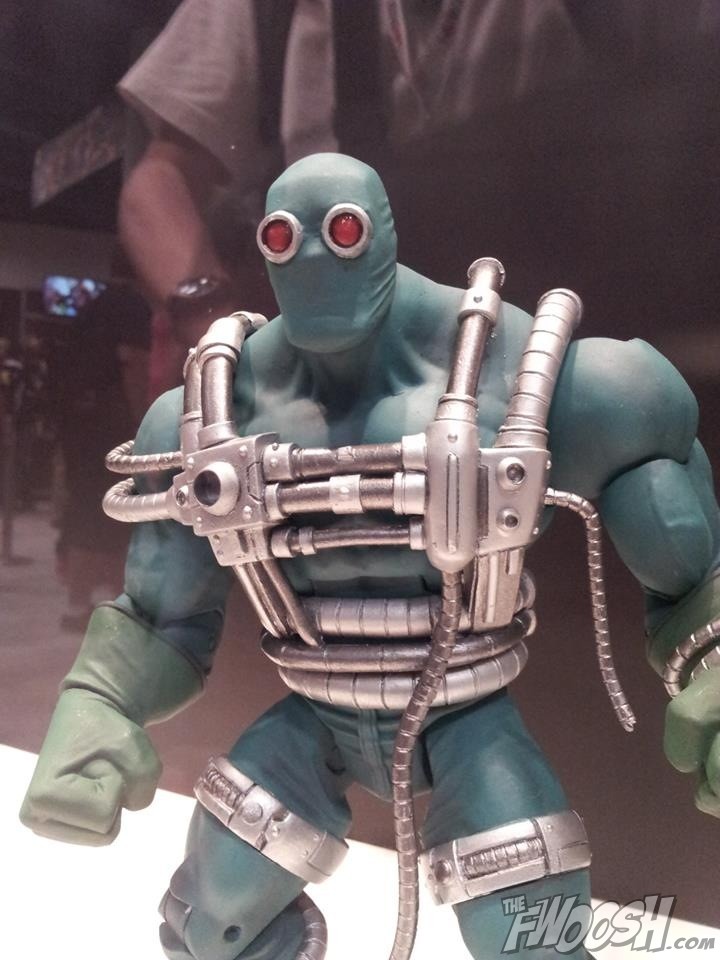 Pretty rad, but wait! If the sub reaches the second tier, then the more iconic version of Doomsday will be produced. 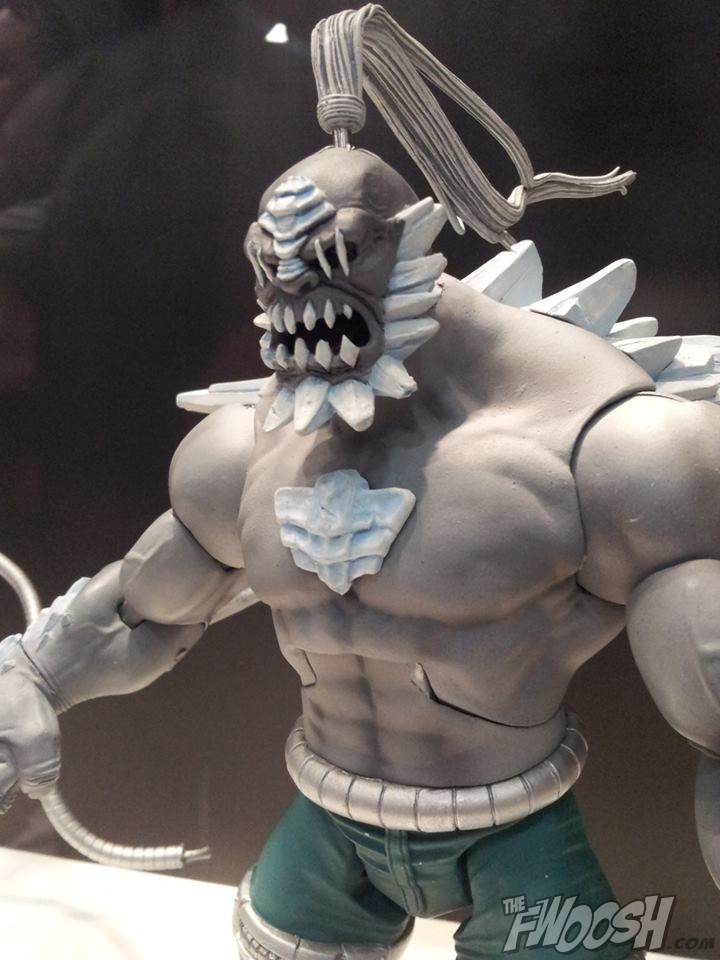 While most fans would be content with this version, personally I want both: the containment-suit figure looks great on it’s own, and would make an awesome army builder. Yeah, by all rights this should be a retail release, but what are ya gonna do? 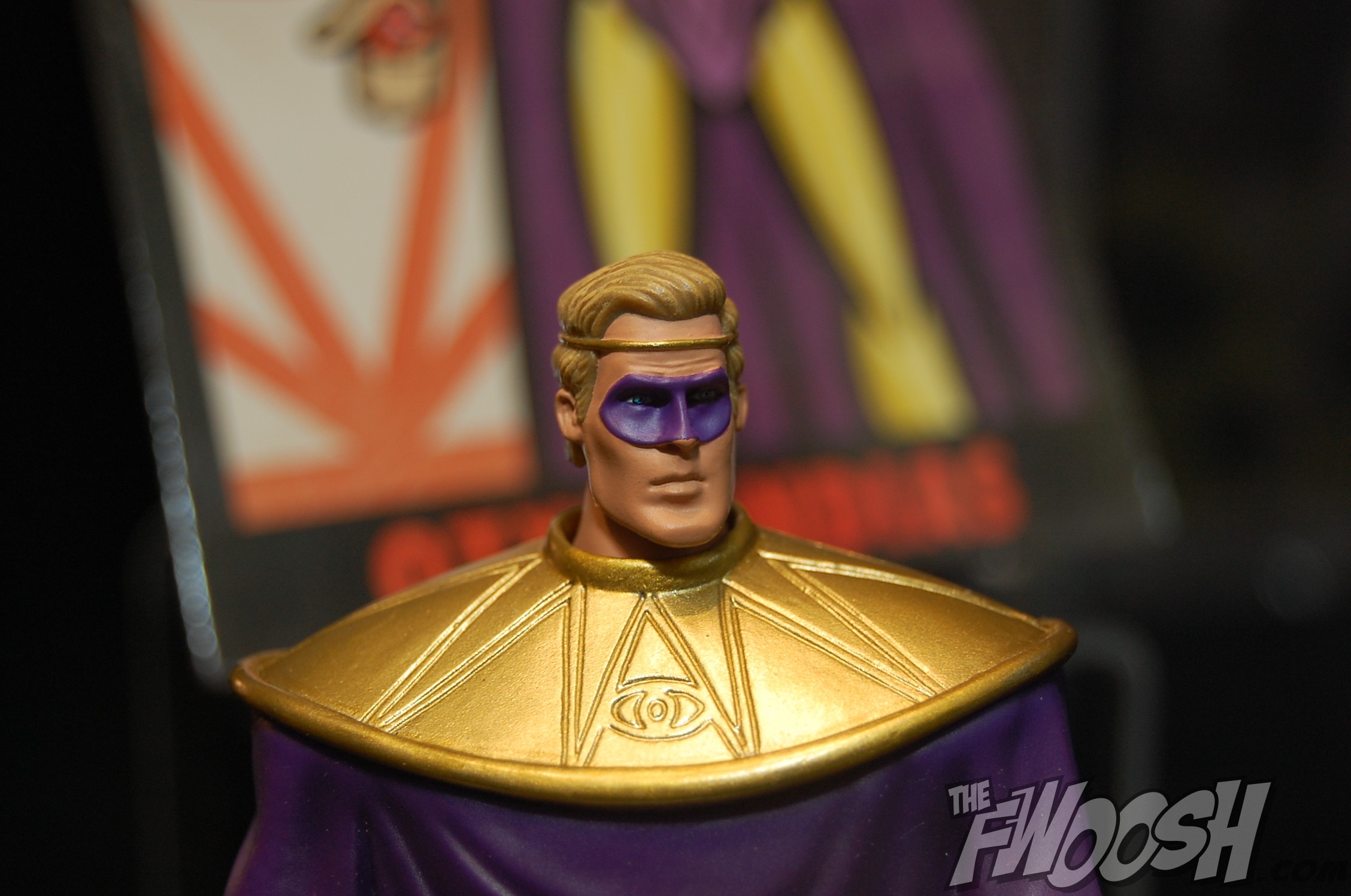 In Watchmen news, Matty showed off the final figure in the line, and he’s a doozy. It’s Ozymandias! The figure features an impressive amount of new tooling, as well as an alternate masked head. While some of the Club’s offerings have been less than stellar, Oz here makes up for it in spades. In fact, the only way to improve this figure would be to somehow include his memorable pet Bubastis. Most collectors agree, their Watchmen display won’t be complete without the little guy. He seems like a perfect “thank you” gift for the line’s subscribers and further incentive to sign up the next time a line like this is announced. Make it happen, Matty. 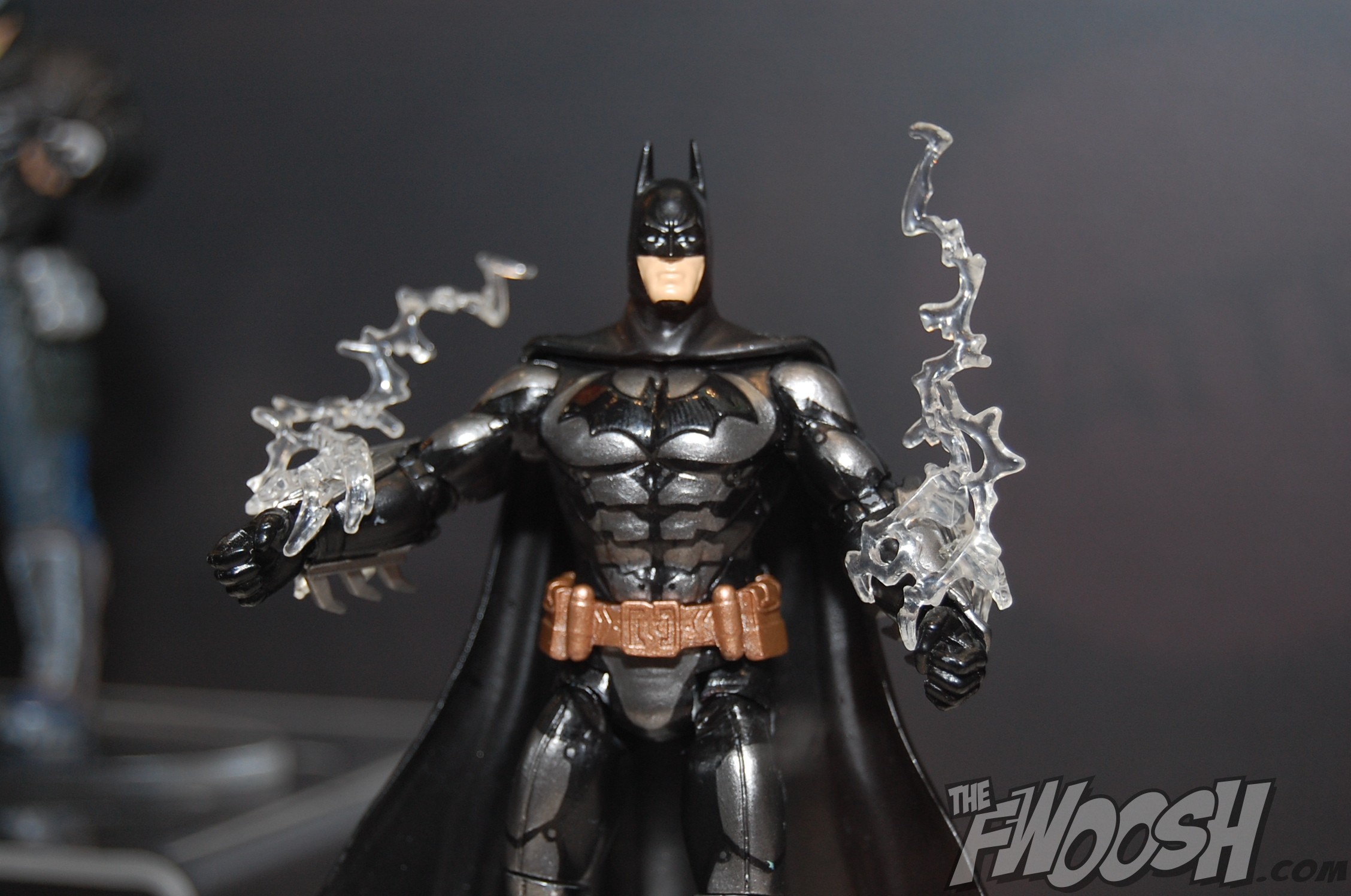 These 4-inch figures will draw from all media, bringing collectors comic, movie, and video game versions of DC characters. These figures feature 14 points of articulation, as well as character-specific accessories. Three waves were announced: upcoming figures include Arkham City versions of Batman, Mister Freeze, and Azrael, as well as Arkham Origins Deadshot and Bane. In a move surely calculated to drive collectors of 6-inch figures crazy, the line will also feature the Michael Keaton Batman. Let the nerd-rage commence! 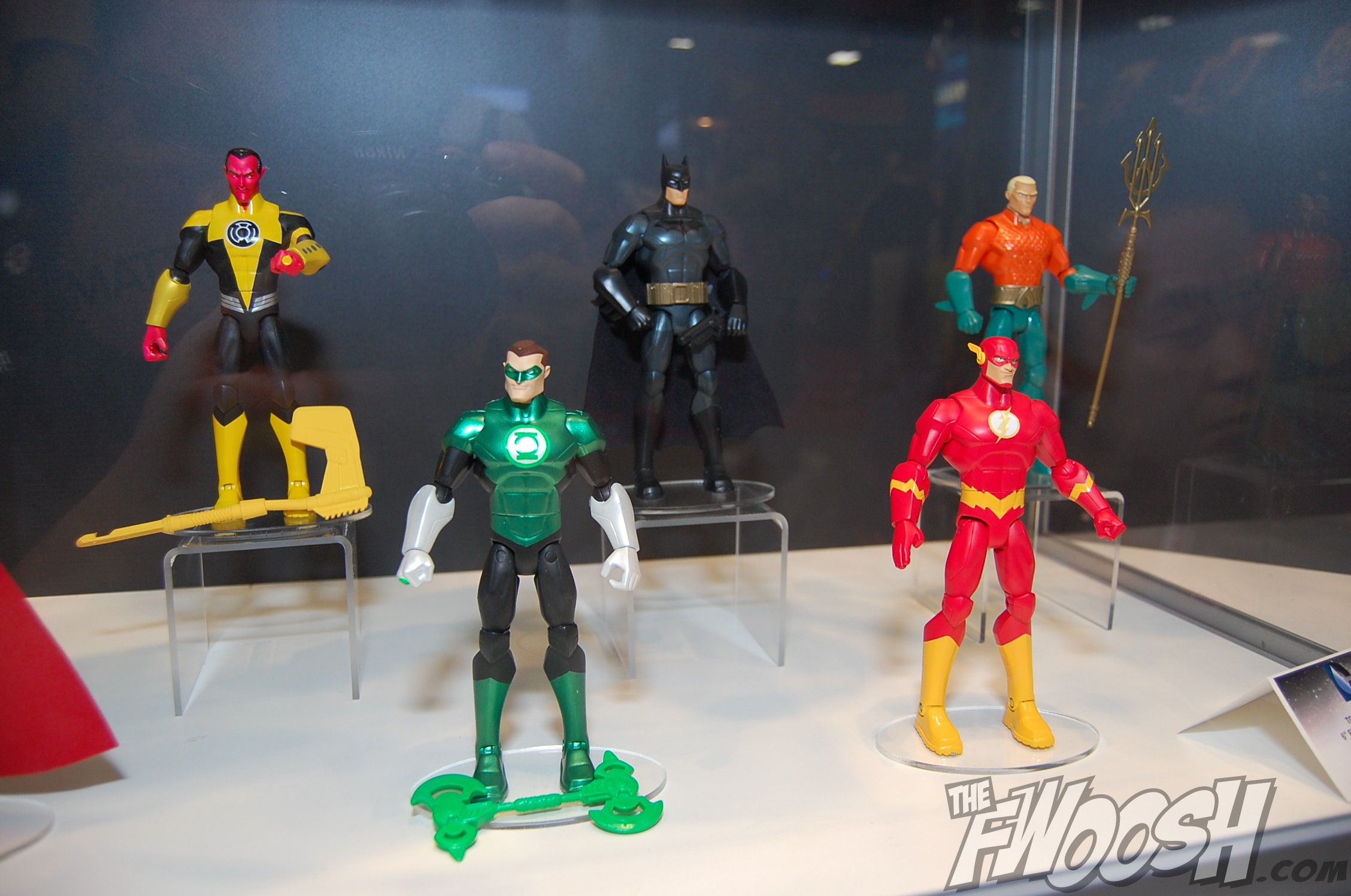 In even more controversial news, Matty revealed it’s new Total Heroes line. Replacing the DC and Batman Unlimited lines at retail, these new 6-inch offerings are more stylized and less articulated than their predecessors. Personally, I’m not thrilled with this decision, but it comes as no real surprise. Matty’s “try everything and see what sticks” approach seems unnecessarily desperate, considering they have the license to some of the most recognizable pop-culture characters around. Still, the line’s suggested price of $9.99 per figure may will them back a few fans, as well as retailer’s good graces. 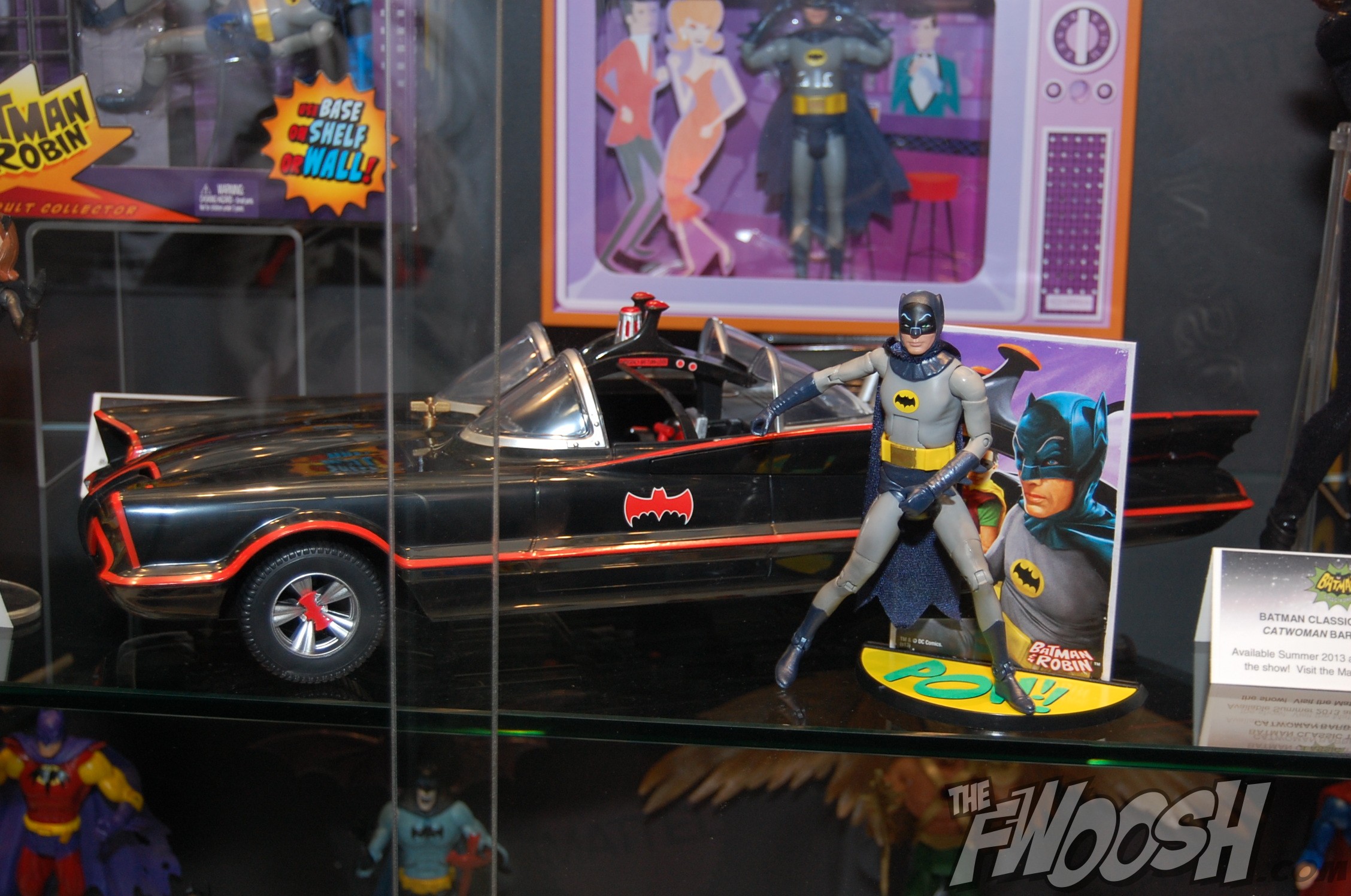 I’d say that 2013 was a good year for Batman fans, but let’s face it: pretty much every year is a good year when you’re the Caped Crusader. Matty’s number one cash cow has been milked six ways from Sunday, but there’s still some juice in the old bat-udders in the form of the upcoming “1966” line. Based on the classic ABC TV show, Batman Classics 1966 features show-accurate versions of the Dynamic Duo, as well as Joker, Riddler, and Penguin. Alongside these previously revealed figures, Matty proudly displayed the Toys R Us exclusive Batmobile. With show-accurate details like bubble windows, fluted exhaust ports, and the iconic afterburner, this is sure to be the pride of any Bat-fan’s collection. 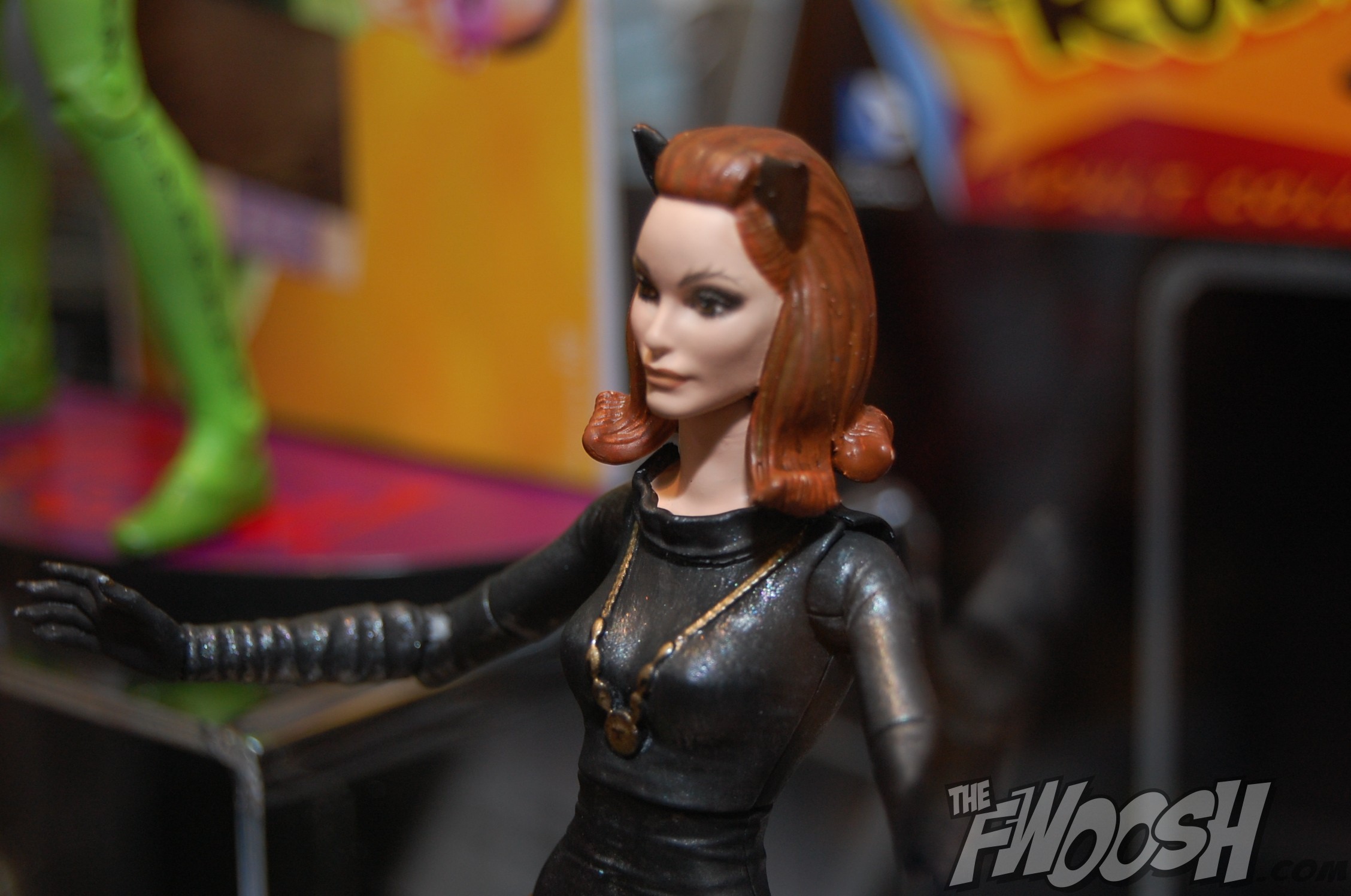 The big reveal was Catwoman, based on Julie Newmar’s portrayal of the feisty feline felon. Me-ow! Now Bruce has someone to Batusi with. And no, Robin does not count.

Enjoy this article? Discuss on the Fwoosh forums!

Be sure to check out more of Matthew K’s amazing pics below!