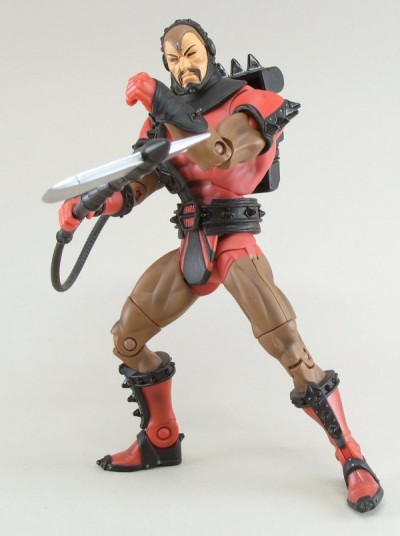 The original Steppenwolf debuted in Jack Kirby’s New Gods series in the ’70s. Since the New Gods played a pivotal role in the Super Powers line of the ’80s, Steppenwolf (and a few other Fourth World characters) was redesigned for his appearance in that line by his creator, Jack Kirby. Kirby shifted his creation from a flourishy green and yellow color scheme to a darker, more spike-laden brown, red, and black scheme. It’s a hostile, angry-looking design that seems tailor-made for catching the attention of kids, and it still holds up well today. 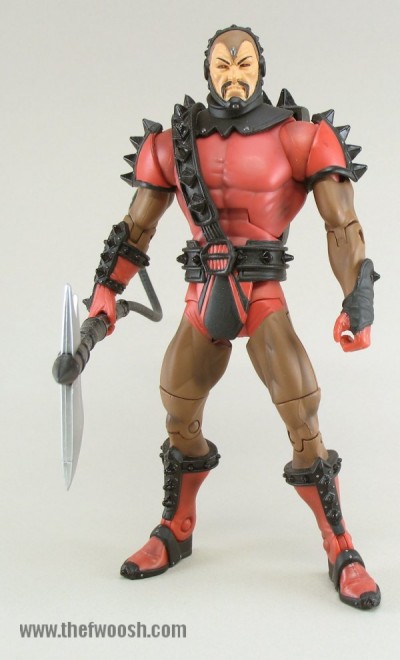 Steppenwolf debuted as a variant to the original Steppenwolf in the 11th wave of DC Universe Classics, also called the “Kilowog wave.” He did not come with a C&C part, though, instead coming with a Super Powers stand. 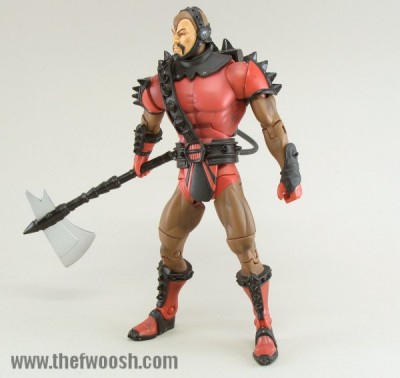 While my primary fealty is usually to the original comic interpretations of characters, I have to admit it would have been a damn shame if this version of Steppenwolf had been totally ignored.  DCUC clearly made it a mission to deliver Super Powers versions of characters when they could, and thankfully they found a way to provide both figures through use of well-done overlays and newly sculpted parts on the stock medium-sized DCUC body. It was a win-win scenario because neither figure suffered, which meant neither collecting faction suffered either. And there are always factions. 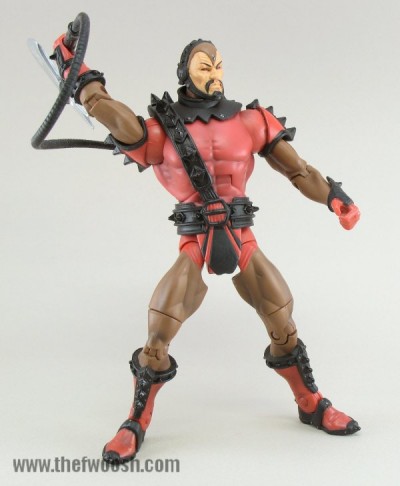 Bringing in Kirby to do the redesign offers a bit of legitimacy to Steppenwolf’s redesign in my eyes. Though he differs from his original design drastically, he still feels as though he came from a place called Apokolips. Or is a Mad Max character. Either way, I’m cool with him. 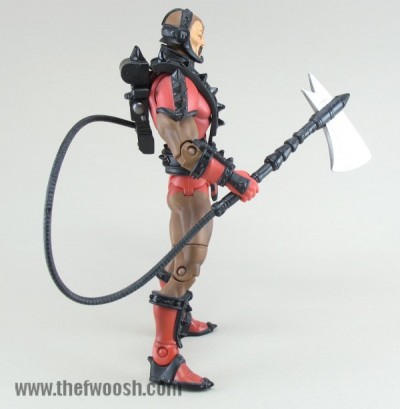 Steppenwolf features a new head, overlays, backpack, his signature electro-axe, new shins, and a brilliant use of shoulder covers. The end result is a figure that looks exactly like his original Super Powers figure. 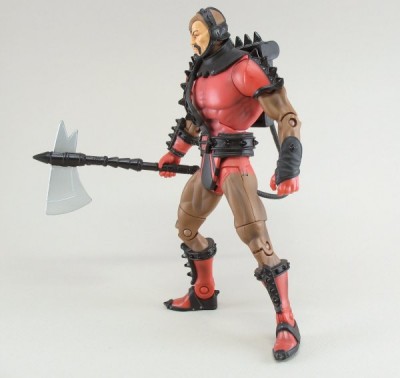 His axe is connected to his backpack by a flexible plastic cord that doesn’t inhibit his ability to get into a wide variety of poses. There’s a connector to snap his axe in place for when he’s reading the latest issue of Cosmopolitan. 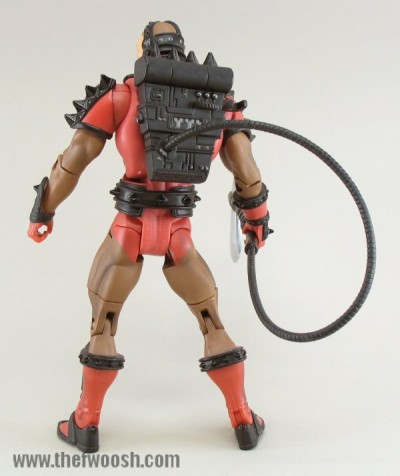 Steppenwolf’s backpack has one noteworthy little easter egg. Over in the Masters of the Universe Classics line, the Four Horseman have been incorporating sculpted, yet functionless dials into various MOTUC figures to represent the dials that were used to activate the random action features. The original SP Steppenwolf’s “Power Action Electro-Chop” action feature was activated by squeezing his legs together and he had no dial, but I’m assuming this was just a fun little thing they threw in to acknowledge his original figure’s action-feature beginnings. Who knows. Well, I’m sure someone knows, but I don’t. Many MOTU fans have spoken ill of the decision to incorporate those dials,  but I’ve always thought it was a pretty neat little addition that doesn’t detract from the figure. The dial can be anything.

Super Powers and its obvious influence on the line gets a lot of crap flung at it, but looking at this figure whose origins are steeped in SP-ness it’s pretty hard to see anything but an exceptionally cool figure with an actual comic book history, a pedigreed creator, and a welcome addition to the collection.