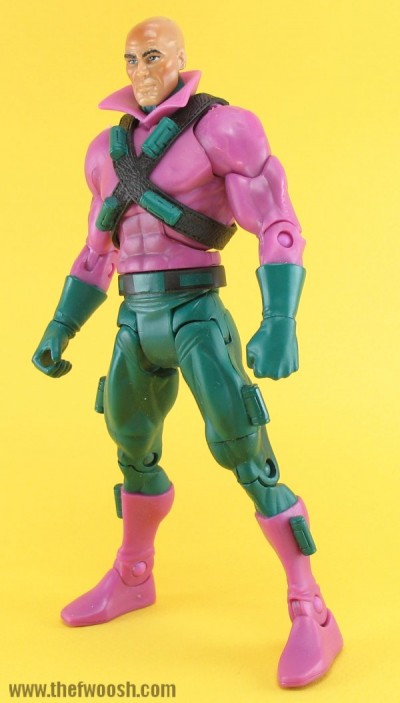 Before he was president, before he was a businessman, before he wore a funky suit of green armor, Lex Luthor was an evil super-science genius villain who went around in a pair of dynamite purple and green long johns. He was neither subtle nor nuanced in what he wanted, and what he wanted was Superman dead. This was a pre-Crisis world. 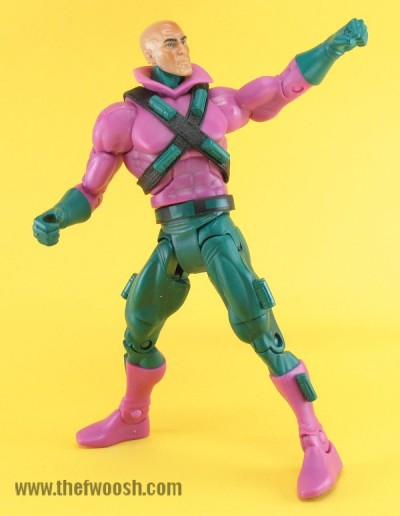 Lex Luthor’s purple and green costume made its debut in a 2009 in a Wal-Mart exclusive 5-pack with Superman, Batman, Catwoman, and Two Face. While many fans of the Superfriends had been hotly awaiting his debut, since this was the costume he wore as leader of the Legion of Doom, for me this was the costume Lex was wearing in the comics when I first started reading DC, and as such remains my vision of Lex when I see him in my head. His Lexor warsuit is a close second, and I like the idea of him wearing something that puts him on an almost even footing with Superman. I always like my villains to look like villains, and this look beats a guy in the suit any day of the week for me, not that he shouldn’t get his business suit look, but still… snazzy. 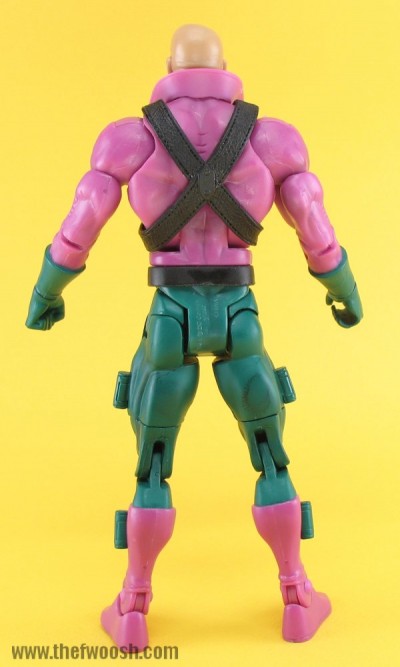 Most of Lex is the stock medium-sized body with an extra collar, chest straps, and cannisters connected to his legs. They’re full of super-science. Or, you know, maybe bombs. Kryptonite bombs. While a very simple figure, his striking purple and green stands out along with other villains of the time. Whether DC or Marvel, bad guys looooove purple and green. I often wondered how many of these he kept in his closet. Did he have a long row of purple shirts and tight green pants? Where do you buy those? There had to be a super-villain clothing store somewhere. 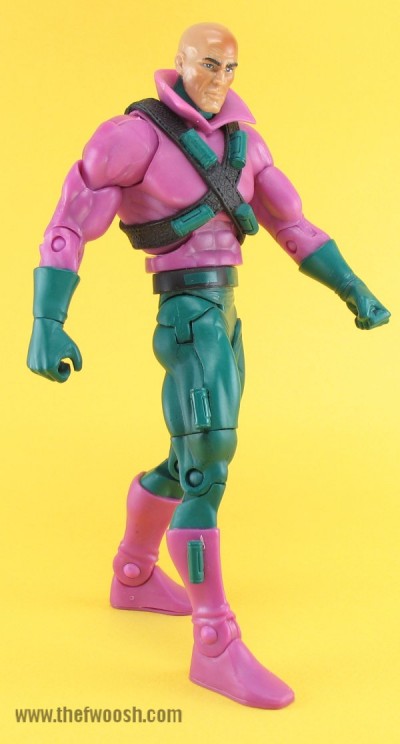 I love that they gave him one open hand and one fist. I believe he came with the same gun his DCSH figure came with, and hopefully I can find them when I do his figure, but I couldn’t for this photo shoot. But that’s OK because, to me, he’s got all the weaponry he needs packed into this suit. Lex was capable of producing a limited charge of Kryptonite that he could blast Superman with in case of emergency. Bam — Superman’s down, just long enough for Lex to make a clean getaway in whatever jetpack/teleportation/robot doohickey that he had set up for quick retreat.

Because he always lost, yet he kept coming back. 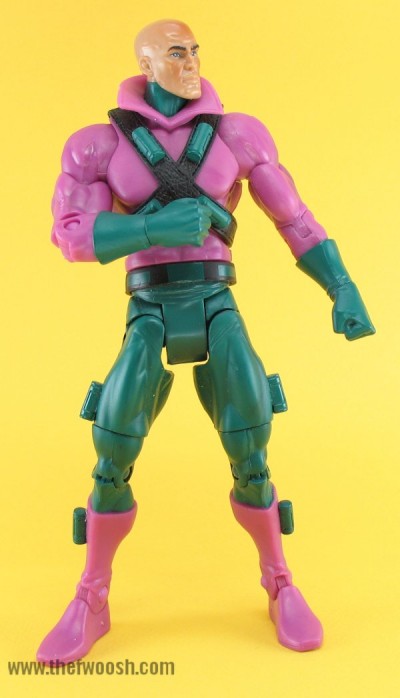 That’s determination. Or insanity. Or both. 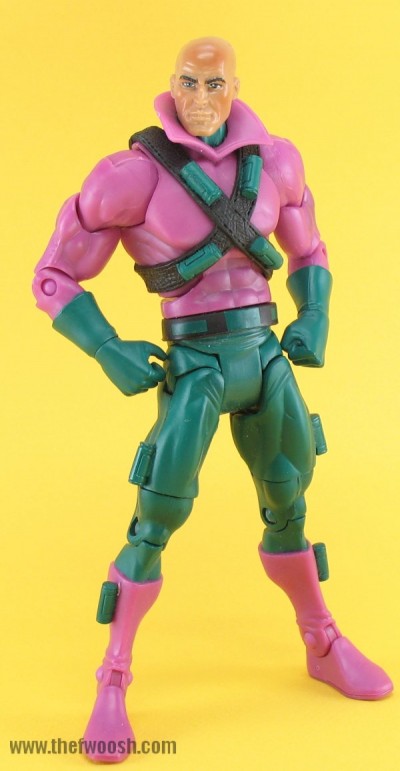 But, yeah, one hand for holding Kryptonite, or a gun, or whatever fancy technical marvel he could come up with, and one fist for shaking at Superman and yelling “I’ll get you Supermaaaaaan!” 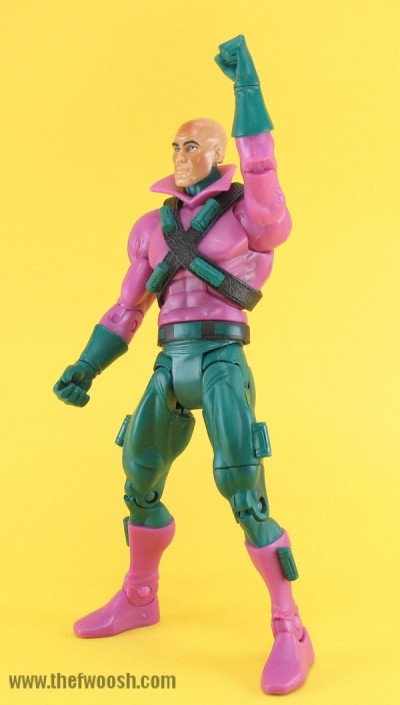 Well good job, Lex. Good job. Please wear this in the next Man of Steel movie. That would be awesome.