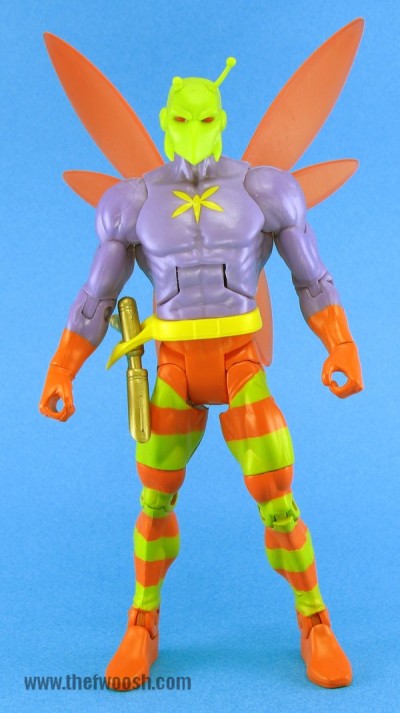 Killer Moth is exactly the type of figure I like. Bold. Colorful. Snappy. Where most people would classify him as garish or ridiculous, I think designs like this are the epitome of awesome, and they are exactly what make comic books the fun, unique art form they are. You can keep your realistic designs with their muted colors and overdesigned nonsense. Give me a wacked-out villain who’s wearing multiple colors that are fighting each other over which one is going to be the belle of the ball, and I’m happy. 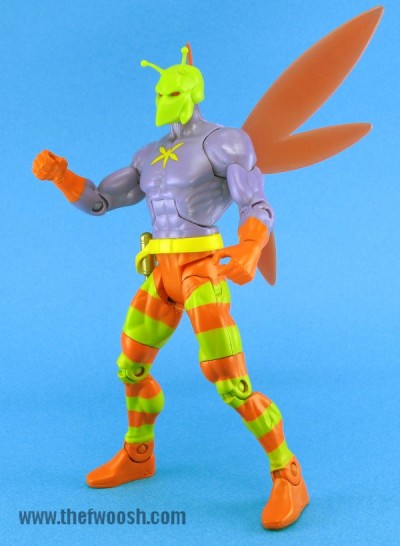 Killer Moth  debuted in series 6, which was also referred to as the “Kalibak wave.” He was one of the figures you put on your wish list but don’t have any real hope for; normal logic says that toy companies just don’t think there’s an audience for these “silly-looking” characters. Moms won’t recognize them. The average shopper will scoff at the D-lister before buying another Superman. Kids will never look up from their portable video game systems and will promptly fall down a well before they buy Killer Moth. 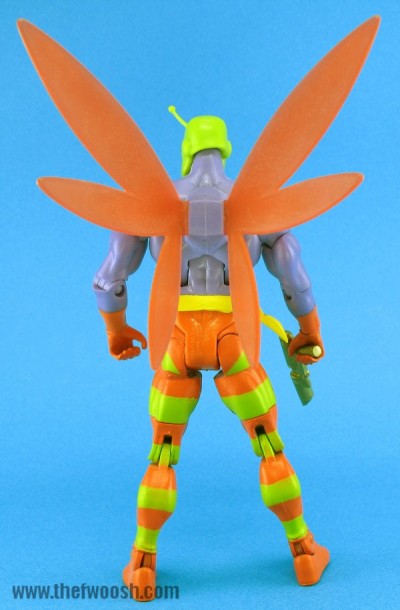 Well, who cares what they think anyway? 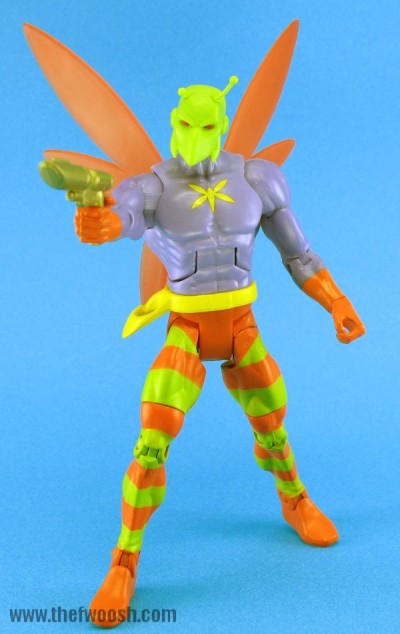 Killer Moth gave me confidence early on that the line wasn’t going to be catering to the ignorance that, sadly, eventually killed it. It was going to dig deep. It was going to mine the history of comics and pull out bold examples of spandex-wearing adventurers, both good and evil. In short, it was going to remember what makes comics special. Killer Moth is just that type of character. 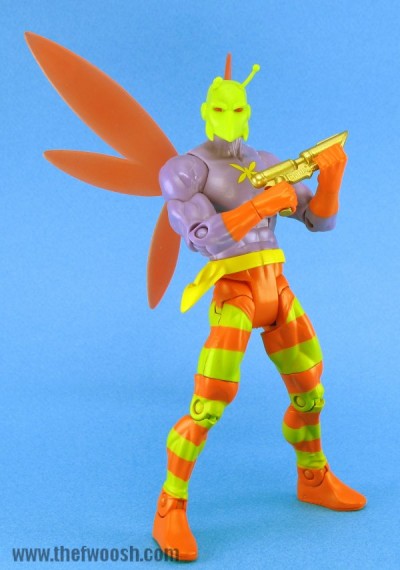 Moth uses the stock medium-sized DC body with a new head, belt, and wings. The head is well done, with two flexible antennae that I couldn’t get to sit up straight to save my life, but I think having them uneven gives him a cock-eyed charm. Or something. The belt has a loop for his great-looking sci-fi-styled gun, which fits snugly and doesn’t pop out during heavy play. Or posing. 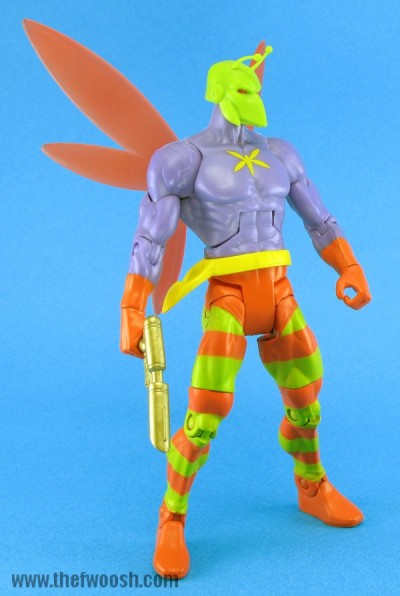 The wings are made of a quasi-translucent plastic that looks very “mothy” and are as colorful as the rest of him. While they are purely ornamental and don’t flap, they don’t really need to, and they don’t detract from the play value either. 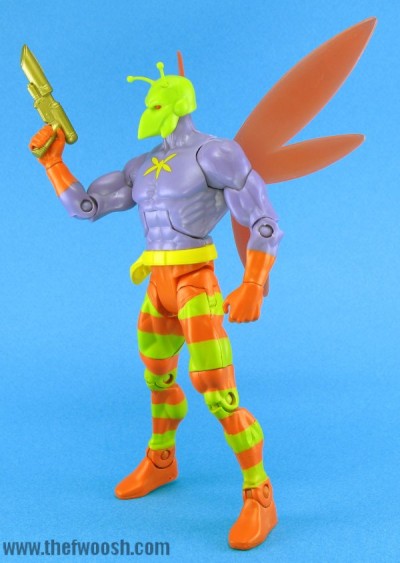 I love the orange and green stripes on his leg. There’s no dull green or orange here; these are bright, almost obnoxious versions of orange and green, and they grate against each other with all the insistent chromatic flavor of strips of gum than the clothes of an evil and nefarious villain. This guy doesn’t look like any moth I’ve ever seen or want to see, and that’s the beauty of it. 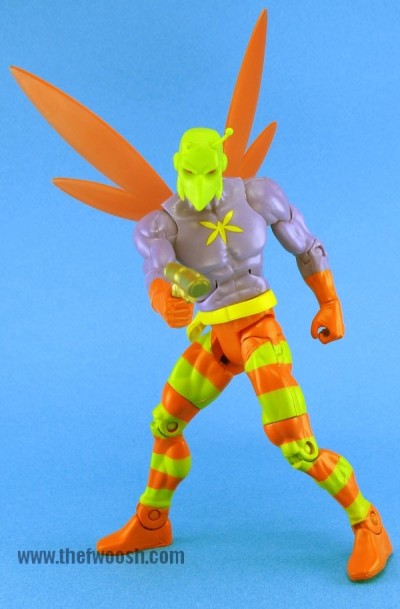 While it’s very likely we owe Killer Moth’s action figure more to his appearance in Batman: The Brave and the Bold than to his comic stories, but the simple fact is that he was acknowledged at all, and that’s one of the reasons that the loss of DC Universe Classics as it was is a toy tragedy. 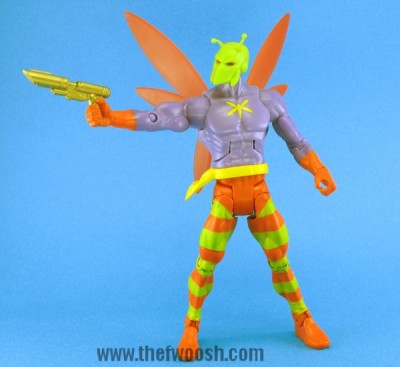