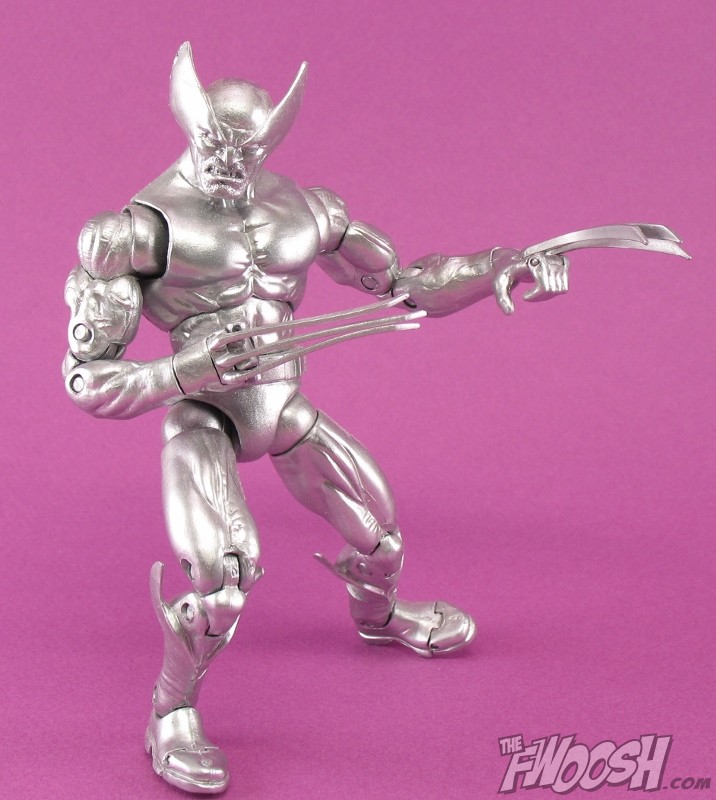 This is the strangest version of Ultron ever made. I know both Toy Biz and Hasbro seem to be going out of their way to never make a true classic iconic version of Ultron, but I think they went too far with this one.

This figure was a Toys ‘R’ Us exclusive from Hasbro back in 2007. Upon looking at it, it seems to be a straight up re-release of the ML6 Brown costume Wolverine that Toy Biz did. There was no new head to dignify it was Ultron or anything. I mean, I was thinking the most recent Titanium Man Ultron-wannabe repaint was pretty lazy, but at least that got a new head. This Ultron…didn’t. It still looks exactly like Wolverine. I’m not sure if it was intended to be Ultron’s way of confusing the Avengers by casually strolling into their…loft, or whatever they were taking meetings in at the time, but it just seems odd. I don’t really see anybody saying “Why so shiny” to Wolverine without noticing something was very very wrong. 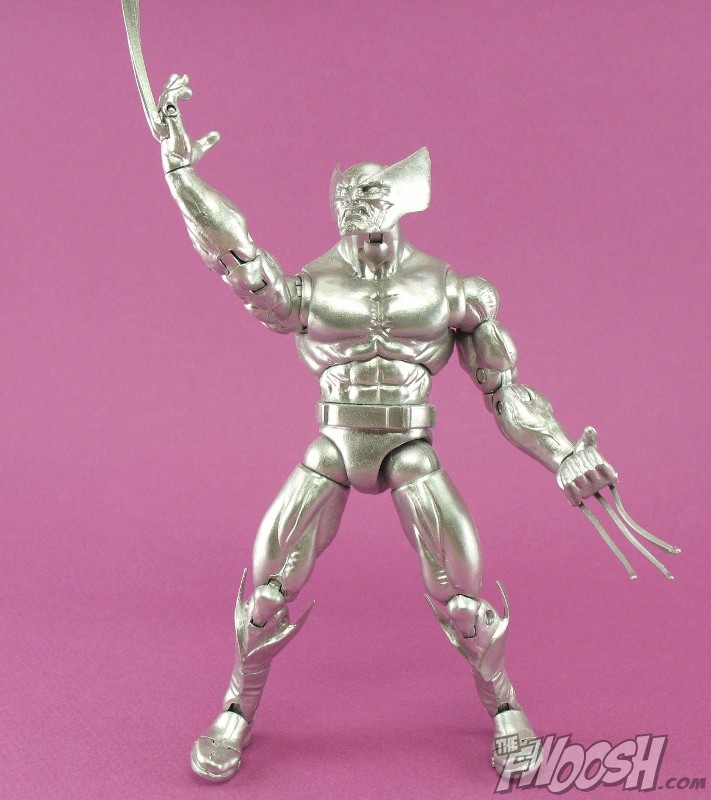 Even more strange is the fact that they gave Ultron claws. He’s never been depicted with claws, at least as far as I know. I would have thought that they could at least give him a new pair of hands, but I guess since they weren’t giving him a new head they didn’t give him new hands either. Just a quick spray of shiny silver on the old Wolvie body and they were done. 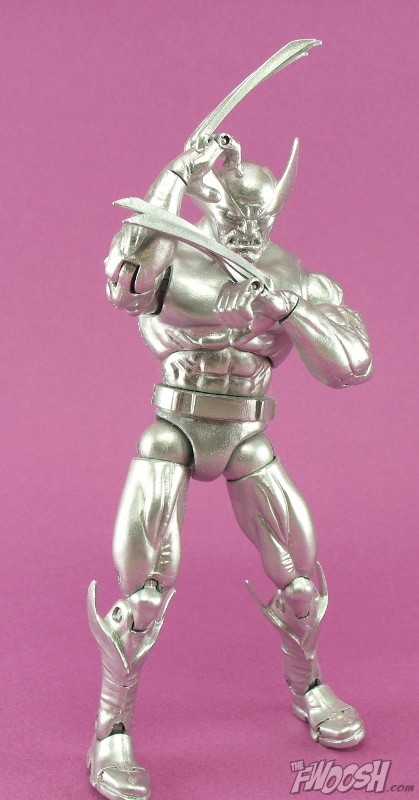 I’ve got to be honest, I’ve always been a bit befuddled what they were going with. I mean, I try to champion imagination as much as I can, but why would Ultron build a Wolverine body to download his consciousness into? I could see for infiltration reasons…but at least give your Adamantium body a coat of paint to actually blend in! The X-men, the Avengers…these are some smart guys and girls. They’re going to notice that Wolverine’s adamantium is suddenly leaking from his bones and is all over his skin. 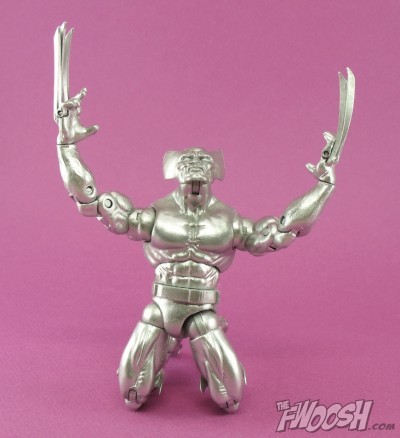 It’s as if Ultron just didn’t think this plan through. It’s kind of like the parents playing peek-a-boo with their children by putting their hands in front of their faces. How dumb a kid are you trying to raise that he or she doesn’t see you when you’re right behind your hands? Boggles the mind.

Oh, I see, maybe they were going for a Terminator thing? Like, this is Ultron mid-morph or something? No, that doesn’t really make sense either, because Ultron’s not a T-1000. He doesn’t really “morph” into anything. He’s got an adamantium body so that doesn’t lend itself to such things. 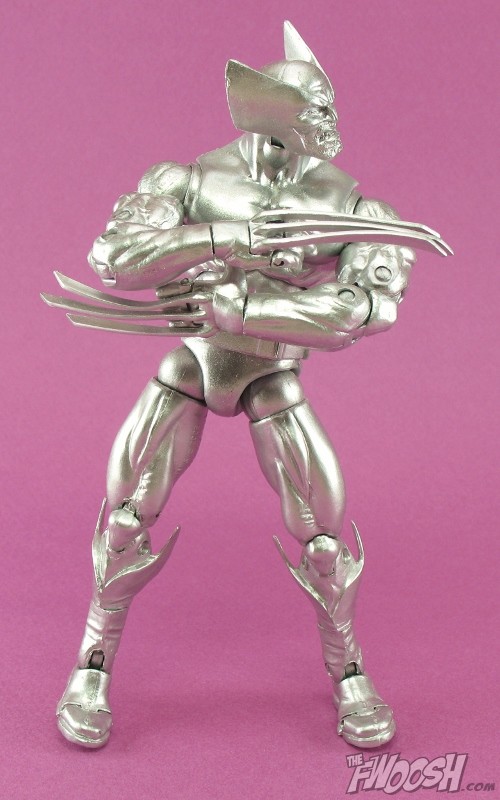 Even odder is why this bizarre idea was made into a toy, especially after all the fans who have been clamoring for a true iconic classic Ultron to battle their Avengers. They had to know that putting out yet another Ultron that didn’t really look like Ultron would just piss off the fanbase. 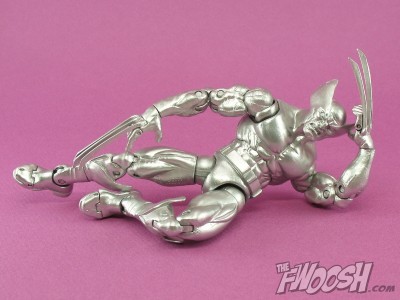 Oh strange Wolvertron, your existence is as baffling as your skin is shiny. Sometimes I wonder if there’s chocolate under there. Was that Ultron’s plan? Maybe have himself delivered to the Avengers as a big Wolverine statue,  and at the time Spidey would be all “Oh, a Hershey’s kiss in the shape of Wolverine? I’m both confused and starving,” and then Ultron would be all CLAWS TO THE FACE! And poor Spidey would be cursing his sweet tooth as he bled out. 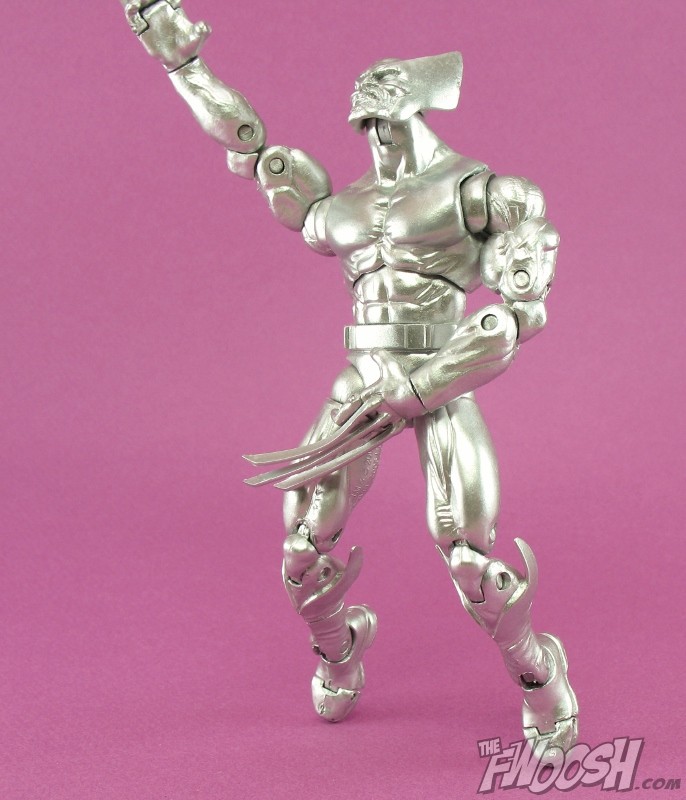 I don’t know. I’m not a megalomaniacal robot that hates humanity, so who knows what goes on behind that metal facade it calls a  skull. In that mass of circuits and binary code, dressing up in  tinfoil cosplay may have seemed like a perfectly reasonable plan. Makes me wonder if Hugh Jackman will be playing Ultron in the upcoming Avengers movie.

Discuss on the forums.