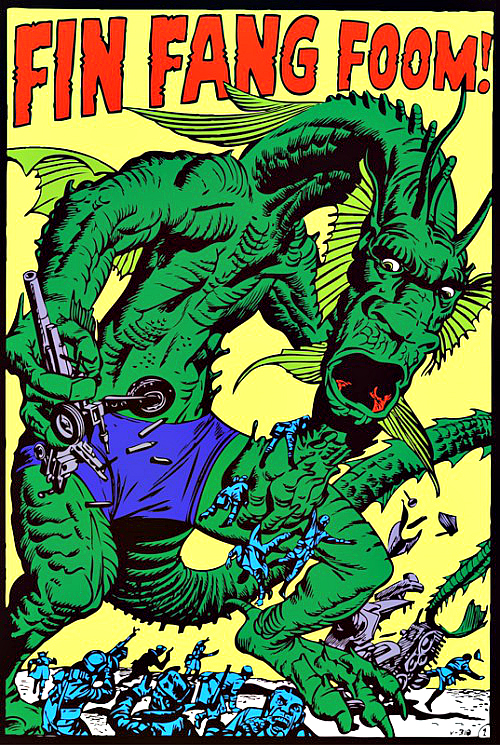 Hasbro blew us all away when they released the Fin Fang Foom BAF as part of the Hulk Classics line back in 2008. It was an unprecedented move on their part: no company had ever gone to such lengths for a mere pack-in figure before — or since. But Foom is just the vanguard of a legion of weird and wondrous Marvel creatures waiting for their chance to be immortalized in plastic. Join us now as we venture deep into the comics catacombs to unleash the Top 10 Marvel Monsters Who Still Need Figures! 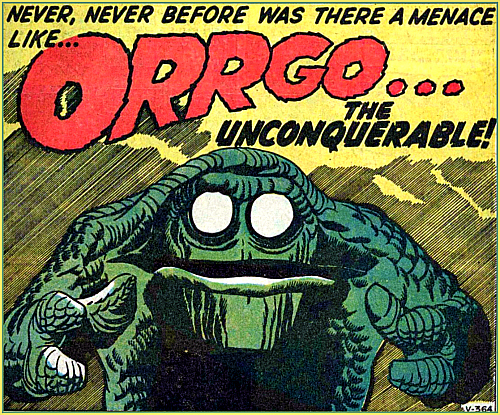 The first thing you’ll notice about number ten here is that he changes color from panel to panel. Green, red, orange — it’s all the same to Orrgo. Anyway, he’s not just any random monster, he’s a super-advanced alien from a planet populated by sentient hemorrhoids. Quick, get the industrial-sized tube of Preparation H… 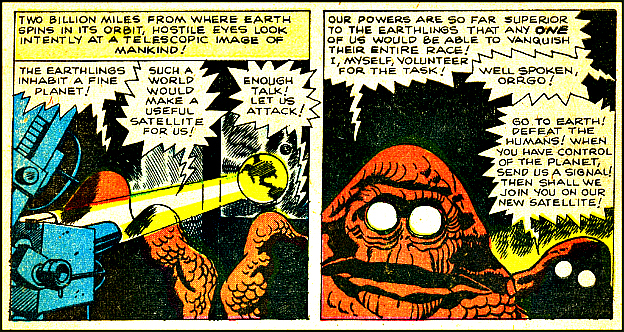 What a bunch of space dicks, huh? Orrgo arrives on Earth (at a circus, no less) and lays it down for the rubes.

Nice. Tell all your buddies you can do the job single-handedly, then make other people do the work for you. Why don’t you go and tell them, Orrgo? Because Kirby likes to draw floating heads for exposition’s sake? Okay, fair enough.  Anyway, Orrgo eventually does get his hands dirty, using his incredible powers to turn fighter jets into giant birds and freeze Washington, D.C. inside a gigantic block of ice. In spite of humanity’s best efforts, Orrgo had us beat. He would have gotten away with it, too, if it wasn’t for that meddling monkey.

Hey, nice work, Jo-Jo! Thanks for the save. Surely the grateful circus people hooked him up, right? A monkey palace with swings and trees and luggage to jump on? Maybe even some monkey ladies? 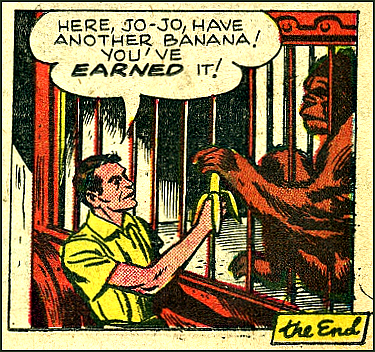 One lousy banana? Wow. Ever get the feeling we don’t deserve saving? 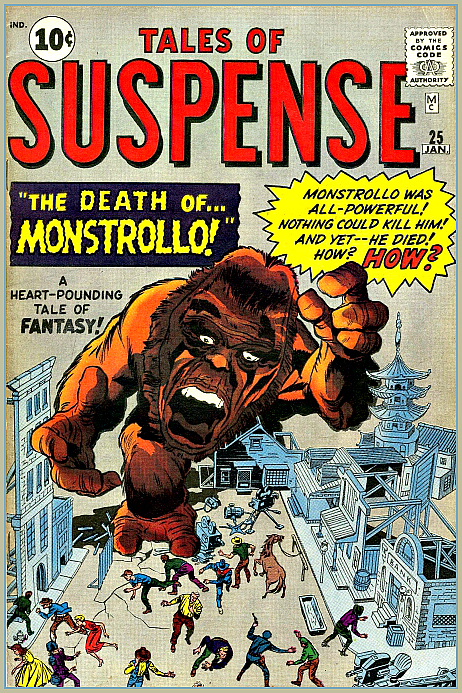 He was all-powerful and nothing could kill him — but he died anyway! Way to write yourself out of a corner, Stan. Forgetting his crappy back story for a second, Mostrollo’s real appeal is obviously his bizarre design. He’s, like, 70% face — that’s an impressive percentage! 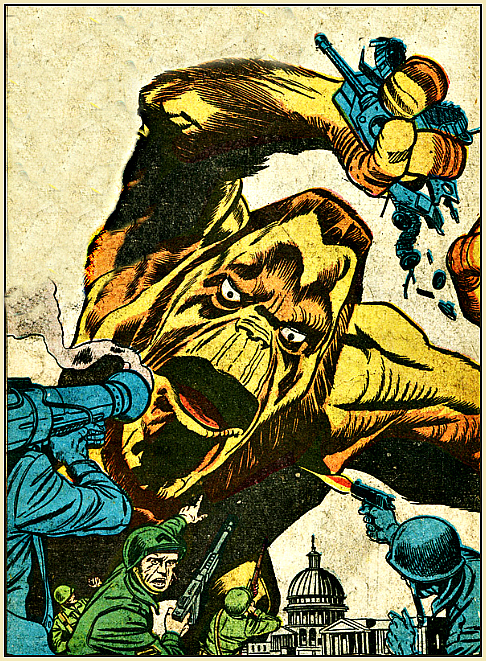 Is Jay Leno an orphan? If so, I think I may have found his dad. It turns out he’s a Hollywood special effect — with a difference. And what a difference! Clue ’em in, Harryhausen. 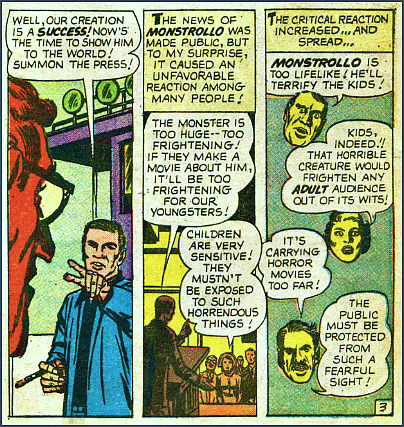 Yet The Tonight Show airs every night. And hey, look — floating Kirby heads! I sense a killer drinking game here. At any rate, “Monstrollo’s” big movie debut is delayed indefinitely, but he is rolled out to stop an alien invasion. 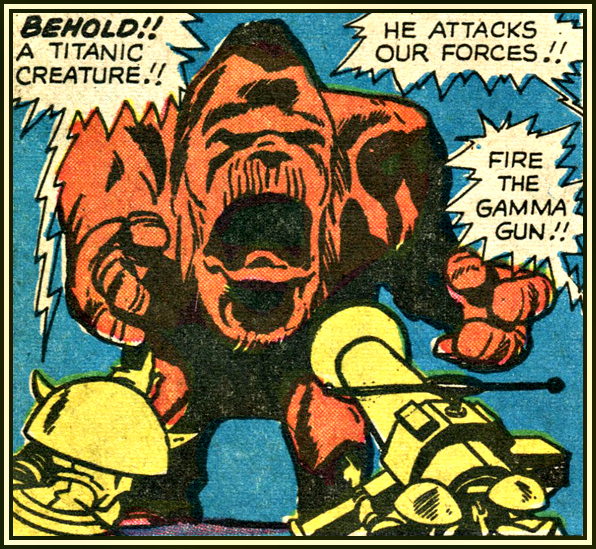 The invaders get one good look at him and split back to their home planet, but the trade-off is we’re stuck listening to Monstrollo’s horrible monologues for twenty years:

“Last weekend, a fleet of alien spaceships from — did you hear about this?” Sheesh, bring back Carson already. 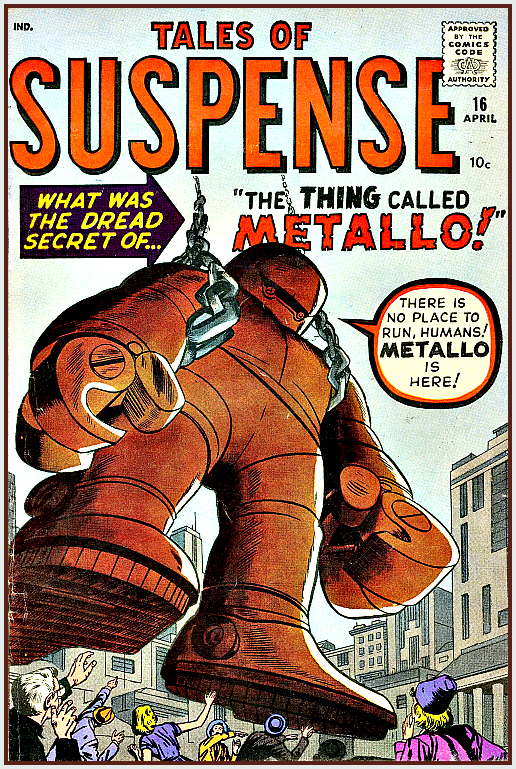 Okay, folks, while there may be no place to run, you don’t need to stand directly beneath him, either. I’m guessing the whole process of lowering a giant metal robot from above is pretty slow. There’s more than enough time to step casually out of the way. But that’s what people were like back then — no wonder the human race was constantly being enslaved by asshats with names like Sptoom; Jizzmak; and Salamii, the Smoked Meat that Walked Like a Man! But I digress. 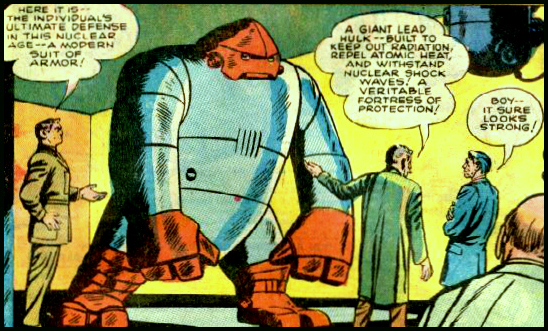 Metallo is actually an Iron Man prototype, but instead of an intrepid inventor, it’s an escaped con that’s piloting this suit. He stomps around pretty much as you’d expect, fighting giant monsters and shrugging off the attempts of the scientists to get him out of their invention. Eventually, he goes on a crime spree — why not? There aren’t any superheroes yet… all Metallo might have to worry about is an alien invasion, and I’m pretty sure there was one at the beginning of the comic, so he’s good. 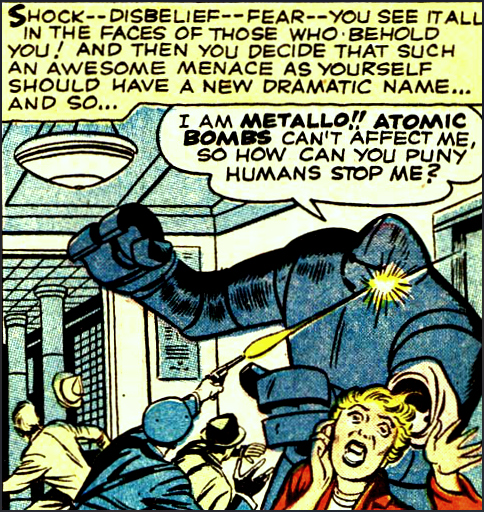 Again with the puny humans? You’d think sooner or later we’d get tired of hearing that. At any rate, it’s a cool design that would look good as a toy either on its own or tucked at the back of an Iron Man display. It’s history, baby — dig it. 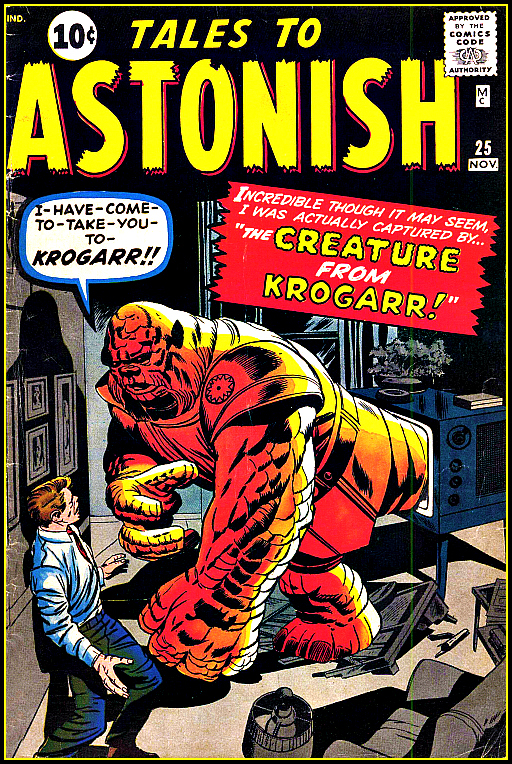 Thanks, Stan — you’ve just given SpellCheck a stroke. Hey, remember when they said TV was bad for you? Here’s why: 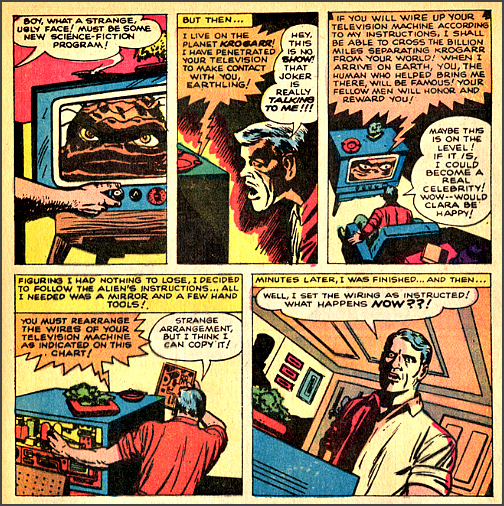 “Maybe this is on the level!” Yeah, maybe. I mean, with it’s scaly skin, horns, and malevolent burning yellow eyes — it looks trustworthy enough. Go for it, dude.

Well, crawling, really. But still, this particular invasion could have easily been avoided, huh? I mean, it’s 1961! There are three whole channels to choose from! Just switch over to My Mother The Car — it can’t be any worse. Our couch-potato pal is abducted and taken back to Krogarr, which sucks about as much as you’d expect. 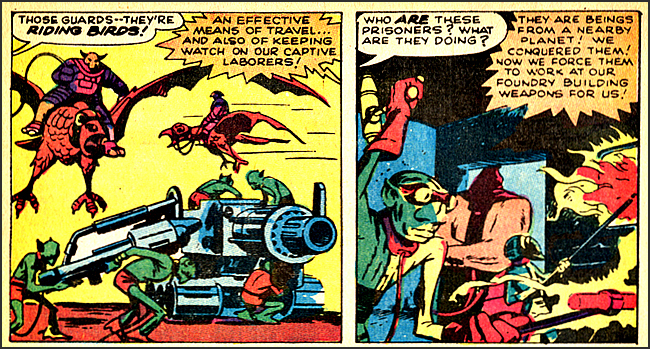 It’s looking pretty grim for our enslaved Everyman when he spontaneously begins to fade away. How does he effect this miraculous escape? 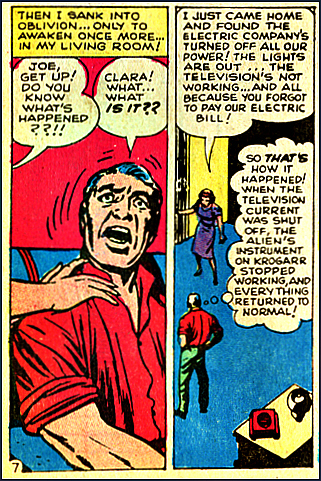 That’s right, folks — he didn’t pay the electric bill. Joe went on to save the Earth several more times by forgetting to mow the lawn, losing his voter registration card and falling asleep in bed with a lit cigarette. My hero. 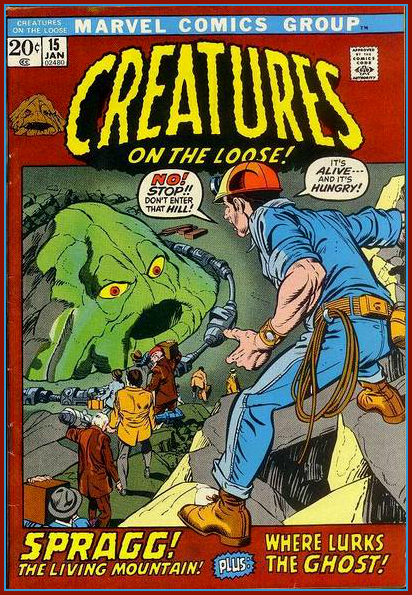 Sentient space-spore Spragg was drawn to Earth during the planet’s violent genesis, but was trapped within its molten core. Imprisoned for countless eons, the spore slowly evolved, developing formidable mental and telekinetic abilities. Using it’s power to create a massive earthquake, Spragg thrust itself to the surface where it quickly subjugated the local populace with it’s monstrous demands. 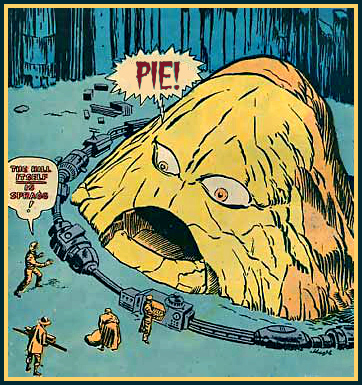 This one may take some doing. I mean, convincing a company to take a chance on Spragg would be a real uphill battle — err, so to speak. But hey, they made the Rock Lords, right? Rotocast is the way to go here; making the “figure” hollow would allow him to reach his necessary height. Heck, Spragg here could be the package for an entirely separate figure ala the 2011 SDCC Swamp Thing. Way to think inside the box, TMITAH.