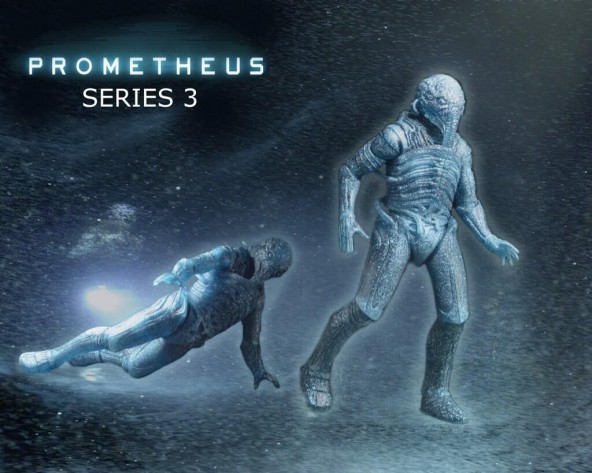 Now if you have been following the NECA news you might be a little confused because originally series 3 was going to be Shaw and the monsterous Fiefield, but apparently sales have not been good enough to justify the tooling for those characters.  Today NECA revealed both holographic versions of the Engineer figure:

I think these look pretty cool and the inclusion of the ampule accessory definitely increases the appeal to me.  I’m a bit of a sucker for the clear figure repaint.  Hopefully sales will be good enough on these figures to allow NECA to release the excellent Shaw figure.