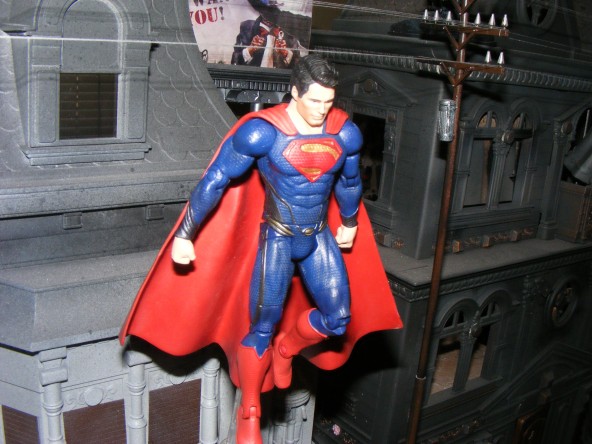 We’re gaining speed and power, not unlike a locomotive, heading toward the Man of Steel release. I’m slowly gaining momentum myself, with some cautious optimism toward the film. Any chance of the DC movie franchise being able to move beyond just the Dark Knight trilogy is resting firmly on those red-draped shoulders. The marketing ansturm is well underway, and it’s all over the damn map. I honestly don’t know what to make of most of it other than to wonder just what the hell Mattel is thinking these days…. 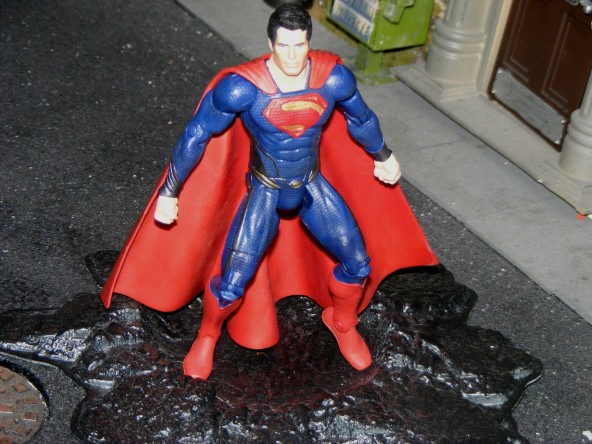 But there are some Movie Masters again, and after much teeth-gnashing and pressure from the Fwooshteam, I managed to part with a $20 bill and come home with a Superman. If you’re looking for the soundbite review, here we go: He’s better than I expected, but a long way from perfect.

He does have some good qualities, and they deserve more than just a gloss over. The sculpting and detailing on the figure are very well done. There is a lot of nice texture, and I particularly like the work on the “S” shield, as well as the costume’s silver and brass elements. The figure does a nice job of convincing me that this not a bad take on the iconic Superman costume. Really, in terms of appearance, it does a nice job of conveying the better parts of the movie suit. 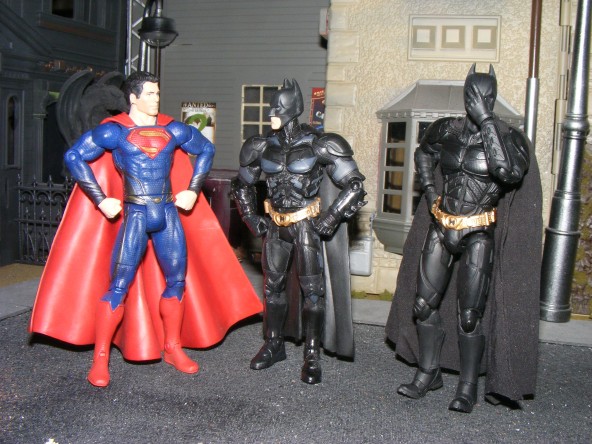 The head-sculpt is not unlike the Christian Bale likeness we got a few years back. It does a decent job of evoking the actor without losing some action-figure charm. He definitely needed paint, though. I’m not the world’s greatest photographer by any stretch, but the “flesh tone” plastic played hell on trying to take pictures. I am pleased with the body-color work, though. The matte blue and red with the metallic detail is subtle and in good keeping with what I’ve seen in the trailers. It ain’t bad on the eyes, either.

Articulation is continuing this unfortunate downsizing trend that Mattel’s on, and most the things I have to say about that won’t make the “PG-13” rating. We’ve now left behind the sort of standards of DCUC, and have stepped into the “eh, good enough” category. And I assure you, no, it’s not “good enough.” There are some parts that work right, but they pretty much end at the head and shoulders. The neck has good range, and the arms can move nicely unhindered by cape or sculpt. Having no torso joints really hurts the personality of this figure, however. Combine that with a limited range on the hips and knees, and no tilting in the ankles, and I can’t seem to get more than some bland fighting or flying poses out of him. He does look awesome in the “waiting for the bus” pose, though. 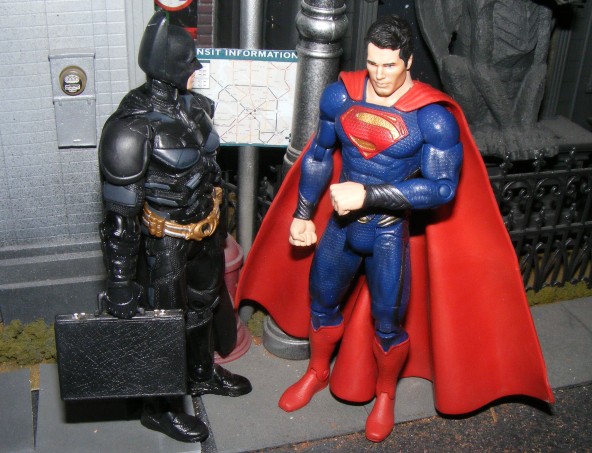 So he is a nice-looking figure, and he feels pretty durable and of good quality, but I can’t get past the need for more “action” in this here “action figure.” That being the case, I think the likeness and sculpt-work demonstrated here would make for some great supporting cast figures — Lois and Jimmy come to mind — and I would certainly have no problem picking them up. Your mileage may absolutely vary, though. 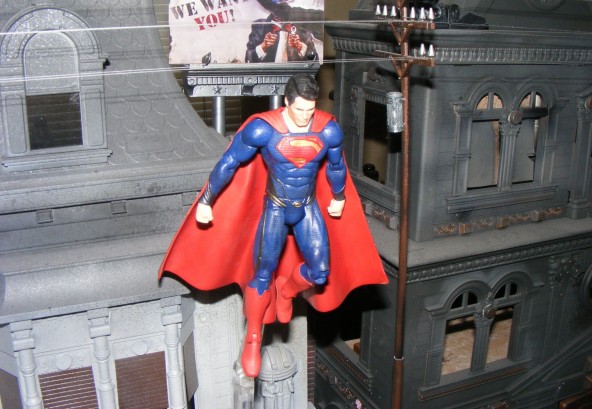