We are kicking of Superman month with a look at the Man of Steel Moviemasters figures from Mattel, starting with General Zod from wave one.

Zod Comes with a stand.  That’s it.  Not having seen the film, I’m not sure what else would be appropriate.  I’ve only seen Zod in this outfit in one clip of the film where he is chained up, so maybe the chains would have been good.  Ideas for potential accessories aside, it just feels really wrong to be paying $20 bucks for a mass-market retail line with only one measly action figure stand accessory. (EDIT:  There is a Zod variant with the chains!  I haven’t been following the news for fear of too many spoilers, but apparently it’s been found at Walmarts). 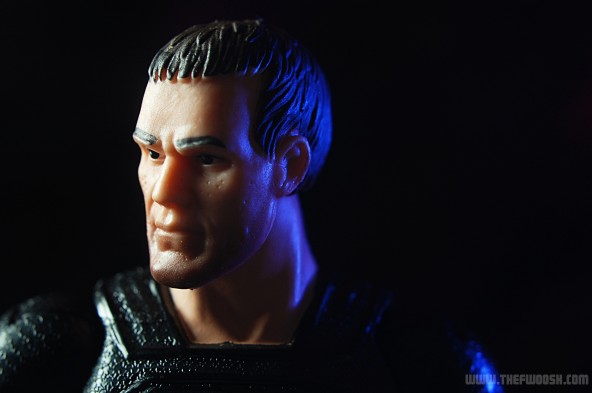 It looks to me that Zod uses a lot of the same parts as Superman, and it’s a nice sculpt with appropriate musculature and some nice texture detail.  I think the thicker neck actually works better for Michael Shannon than it does for Cavill’s likeness.  I’m not sure how appropriate the same build for Supes and Zod since I haven’t seen much footage of Zod in this costume, so the reuse may bug me more later on. 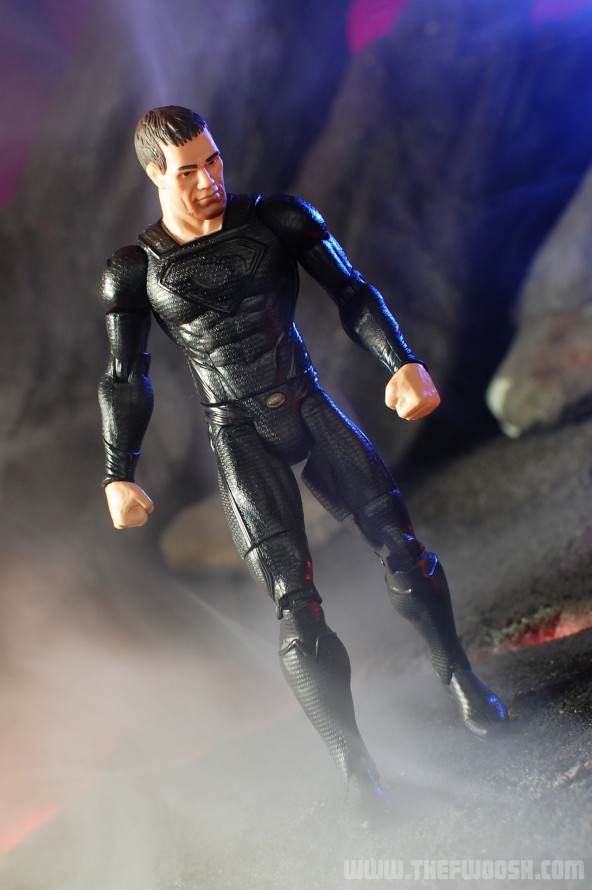 The head sculpt is what sets Zod apart and it’s really nice.  I can see Michael Shannon’s likeness there at a glance and there is some good detail in there that’s somewhat obscured by the paint and plastic they used here. 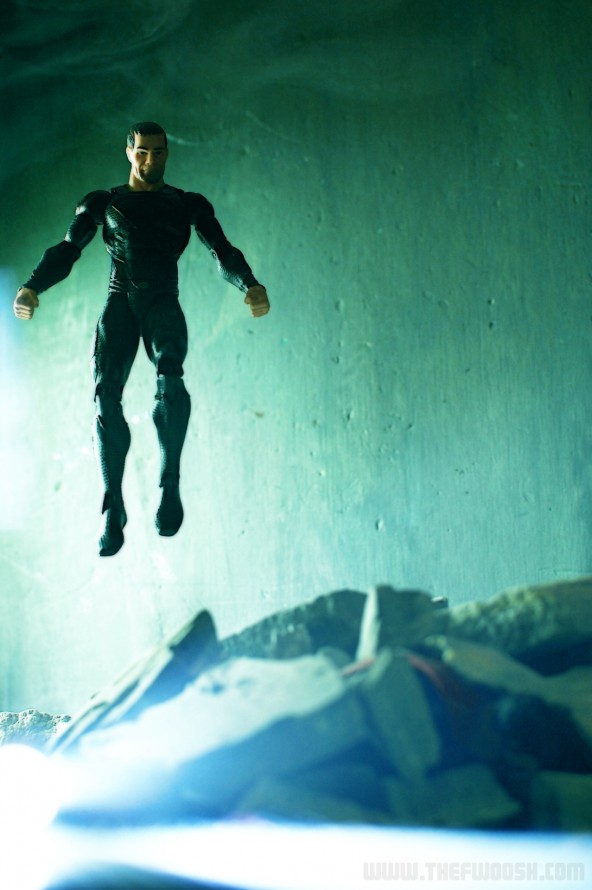 Paint on Zod is minimal, but what is there manages to mess with the sculpt.  The figure is mostly cast in black plastic and has a slightly glossy detail work on Zod’s symbol and costume details. 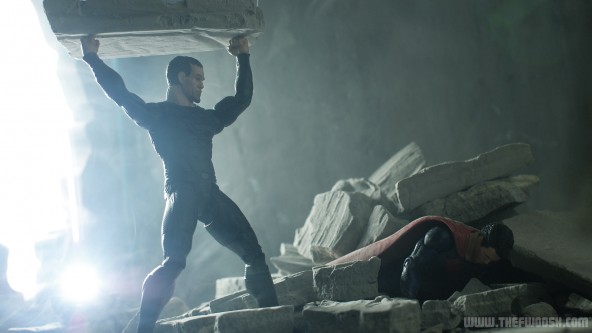 The eyebrows don’t quite follow the sculpt of the eyebrows and are a bit floaty, but that’s a minor problem compared to the weird 5’oclock shadow.  I respect the idea of adding a shading layer to show the 5’oclock shadow, but it does not work on my figure.

Maybe it’s just mine, but it seriously looks like a kid dressing as a hobo for Halloween and adding a burnt cork beard.  Fortunately, I’ve seen plenty of other figures now with better shading, so I would suggest waiting for a good one.

Zod is a decent looking, if stiff, figure.  He’s not as poseable as you would expect with the amount of articulation he’s packing and he’s missing a key articulation point (ab crunch) that makes him pretty stiff.  So if you just want a guy to stand on your Movie Masters shelf, he’s okay.  It’s weird buying movie figures prior to when the film comes out (I should probably stop doing that) as I’m not even sure I will like this version of Zod, so my final impression of the flick will probably impact my feelings about this figure.  If I love the movie or Michael Shannon’s Zod, I’ll probably be able to forgive some of the flaws here, but if I hate the thing, I don’t see me keeping this around as it’s not a great figure on it’s own merits.