One year ago, a wave of six GI Joe figures was inexplicably released to Dollar General stores: Snake Eyes, Storm Shadow, Shipwreck, Cobra Commander, Cobra Trooper, and Duke. Well, they’re at it again and the same round of figures have hit this year, although in different colors, and apparently at Marshall’s. I have no idea what was going on and never saw them, so I ordered them from BBTS.

These are all standard repaints of the previous figures, but there are a few interesting details that make them more than what they seem. Knowing is half the battle, so here’s the scoop:

Duke is a fairly generic repaint that, like the previous green-shirt Duke, would make a good generic GI Joe trooper. 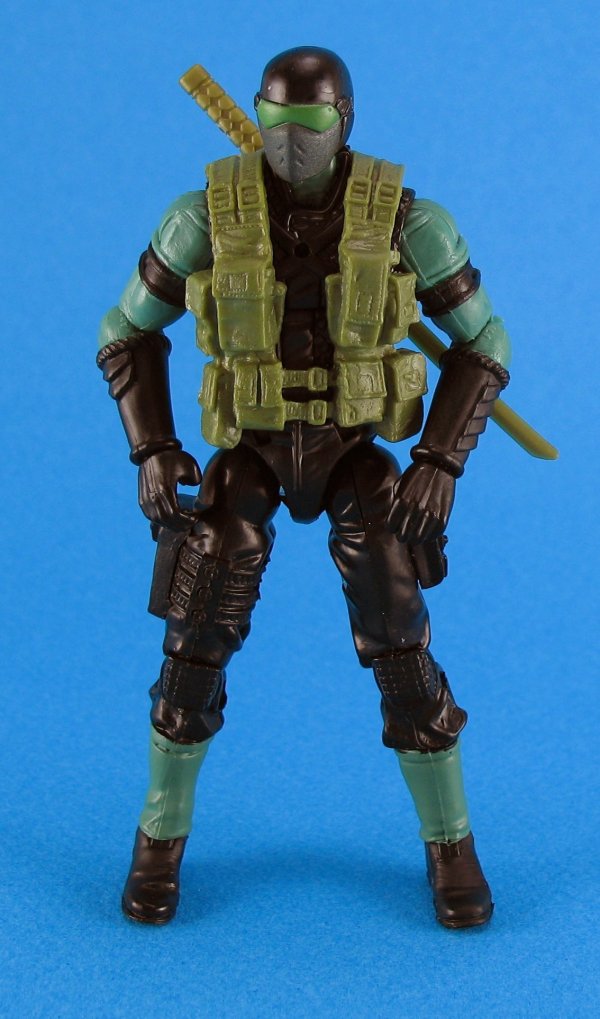 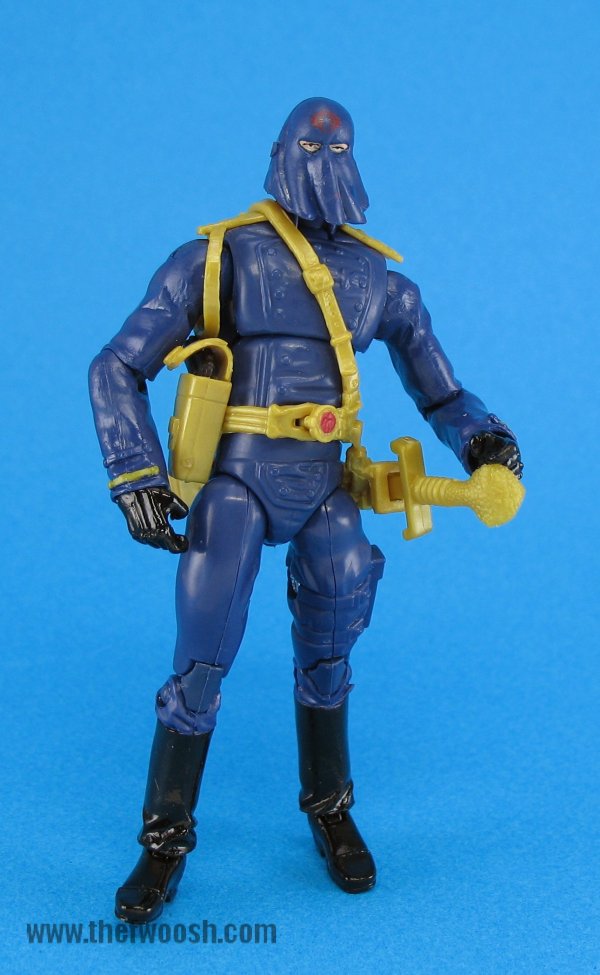 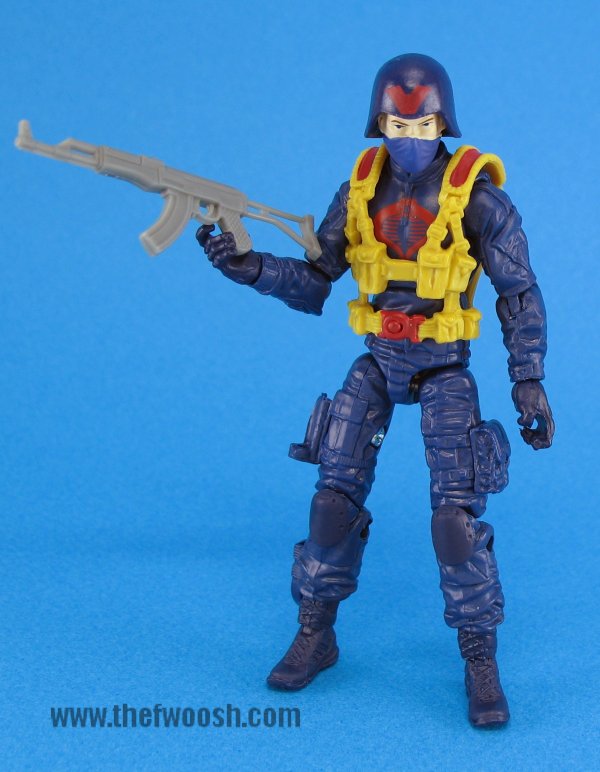 Cobra Trooper has been painted in the blue-and-yellow color scheme from the ’80s GI Joe cartoon for the cartoon fans among you, which is a pretty cool touch. His colors make him pop. 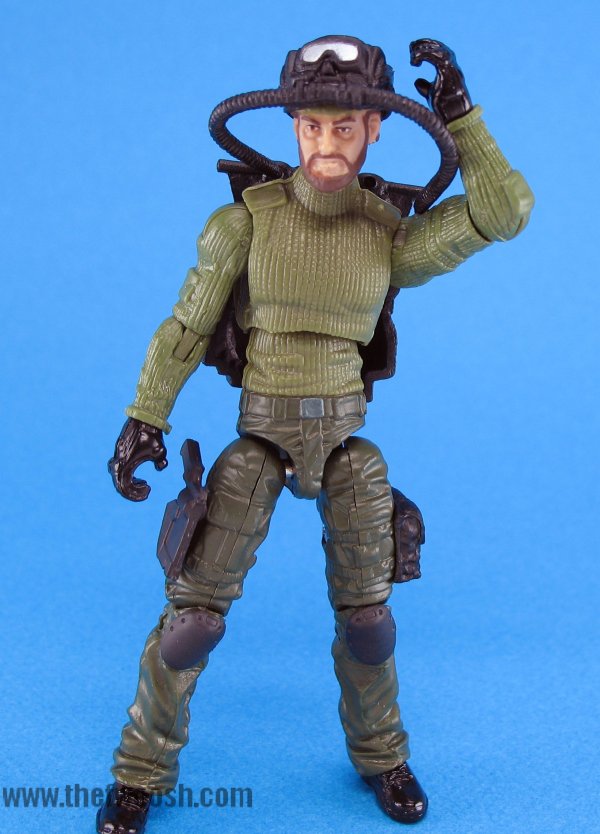 Shipwreck trades the blue for green. He’s still “Shipwreck,” but with the mask he could be another generic trooper. 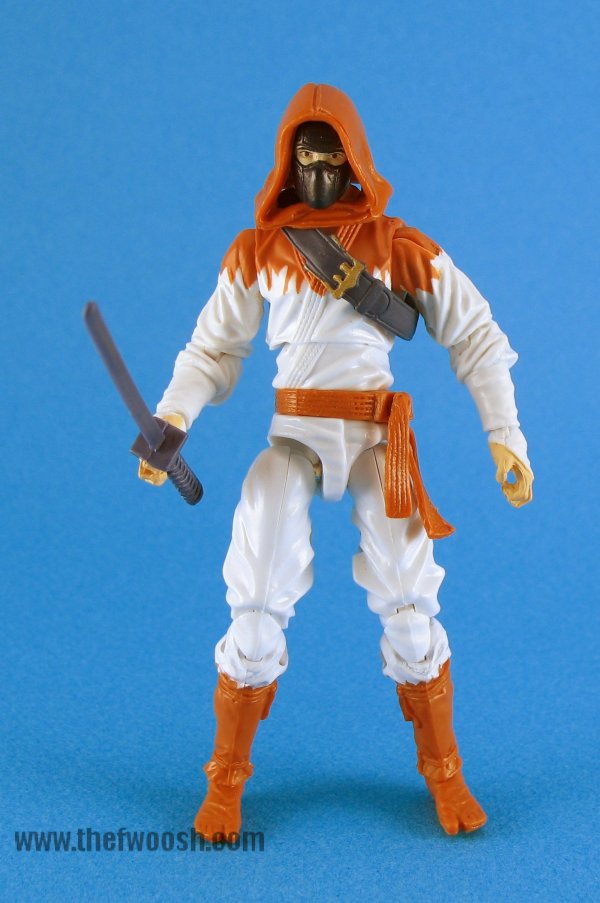 Storm Shadow is where the wave gets interesting. See, despite the big name on the card, that’s not really Storm Shadow; it’s a character called T’Gin-Zu, who operated the Ninja Force Pile Driver. Though he doesn’t quite resemble the 1993 figure, he does look very close to the art that was on the Pile Driver’s box.

And that covers it. It’s a bit of a tossed-off wave with a couple of fun surprises for the hardcore Joe fans, but it makes me wonder what, if anything, they have planned for a wave 3.