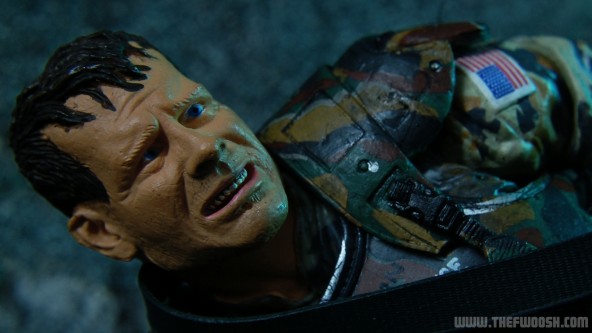 NECA is really on a great roll this year making some super-articulated versions of  movie icons, and that streak continues here with ALIENS figures Hicks, Hudson, and the Xenomorph Warrior. 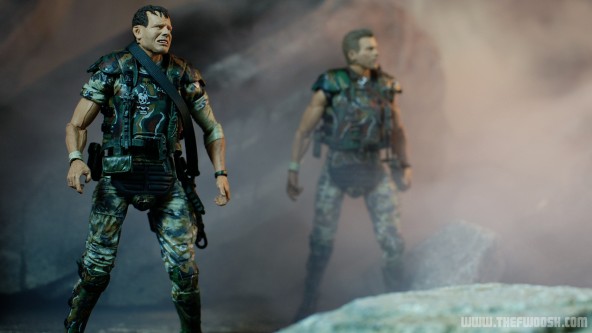 Hudson comes with a removable light unit, a scanning device, and his rifle. Hicks comes with his rifle, a shotgun, and a holster for said shotgun.  It looks like the Marines both have their hand-held torches attached to their belts.  I think they are meant to be removable as well, but I’m too scared to futz with mine after busting a wire on Hudson’s light unit.  The Xenomorph comes with nothing, but what does he really need? 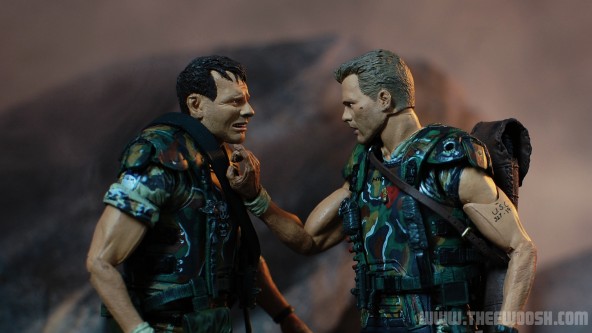 The straps on the shotgun case, rifles, and scanning device are made of flexible plastic and are sculpted really well with texture that looks like cloth and leather as appropriate.  I love the way the strap on the rifle is sculpted to curve around the figure’s arm.  It’s just a cool look.  Hudson’s flashlight unit is removable and sticks into a very small peg hole in his back. 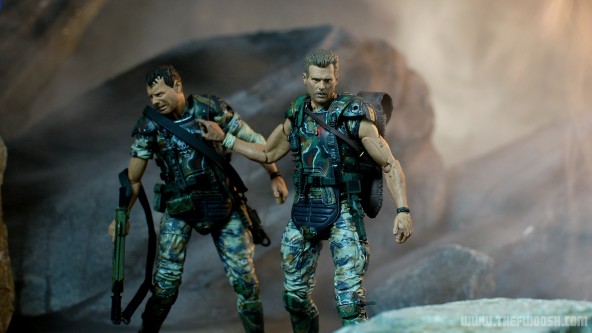 It’s barely noticeable when the unit is removed.  Unfortunately, there is a little wire that comes off the back of the unit that I immediately broke off and lost.  I don’t miss it, but I would advise others to be cautious when opening their Hudson figures. 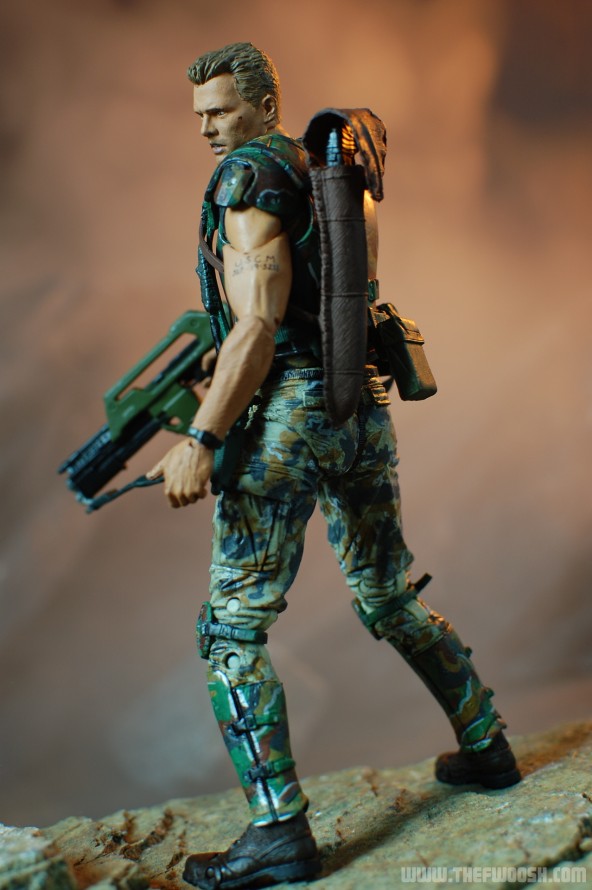 I love that Hicks’ shotgun comes with the case that he can wear on his back.  It’s movie accurate, and I appreciate it when the figures can stow all their equipment on their person. 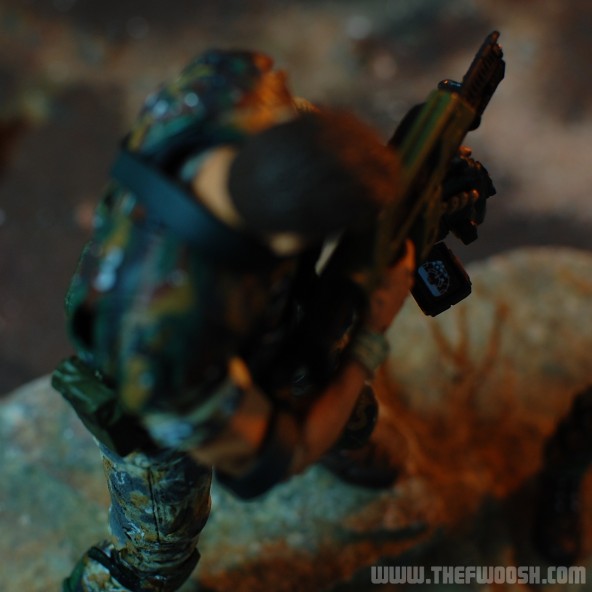 Hudson’s scanner has this cool little decal showing the readings he’s often taking during ALIENS.  The scanner is an essential piece of equipment for the character, and it can be wielded much like Paxton carries the scanner in the movie. 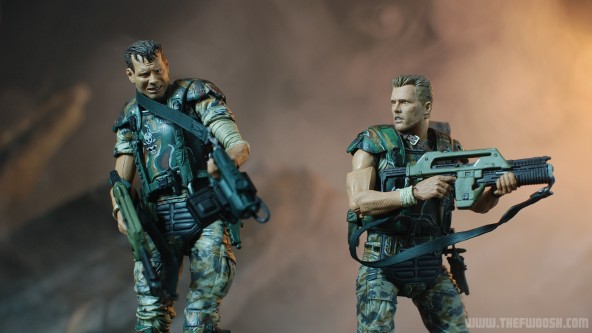 Normally I could not give a rat’s ass about figure packaging, but NECA tends to make interesting stuff.  First off, the figure photography and sets on the character art are fantastic.  It’s also a cool little nod to fans that they incorporated Lt. Gorman’s monitoring screens from the film into the figure shots on the side of the packaging.  I always like to see the credits at the bottom of the package that NECA includes whenever they can. 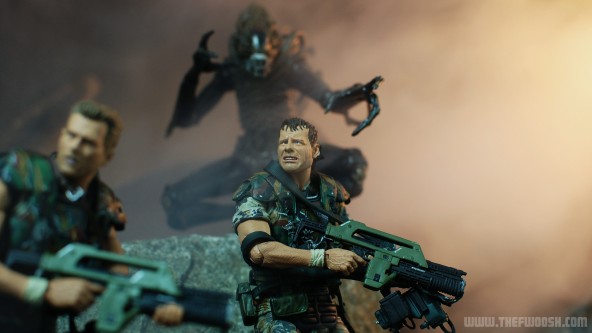 The usual NECA quality is present here.  The Marines have great likenesses and expressive head sculpts.  Their uniforms and gear are all impressively detailed and sharp.  The Xeno looks as it should, and all the articulation here looks well-integrated with the sculpt.  NECA is really knocking this stuff out of the park for my dollar.  Hudson’s head-sculpt is a real source of joy and amusement every time I pass by that figure.  It’s just so right and so funny.  GAME OVER, MAN!  GAME OVER! 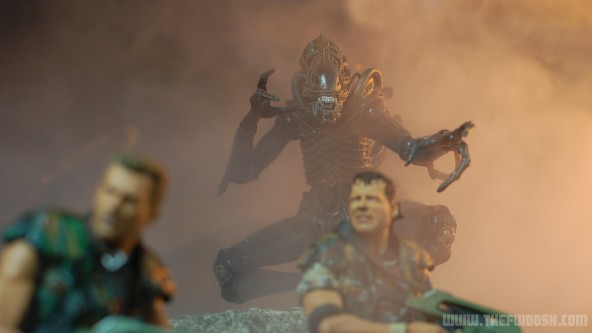 These are super-articulated figures.  The Marines have:

They can get into tons of crouching, scouting, and blasting poses and anything else I could think of.  It’s also great how the armor and gear really don’t impede the articulation at all. 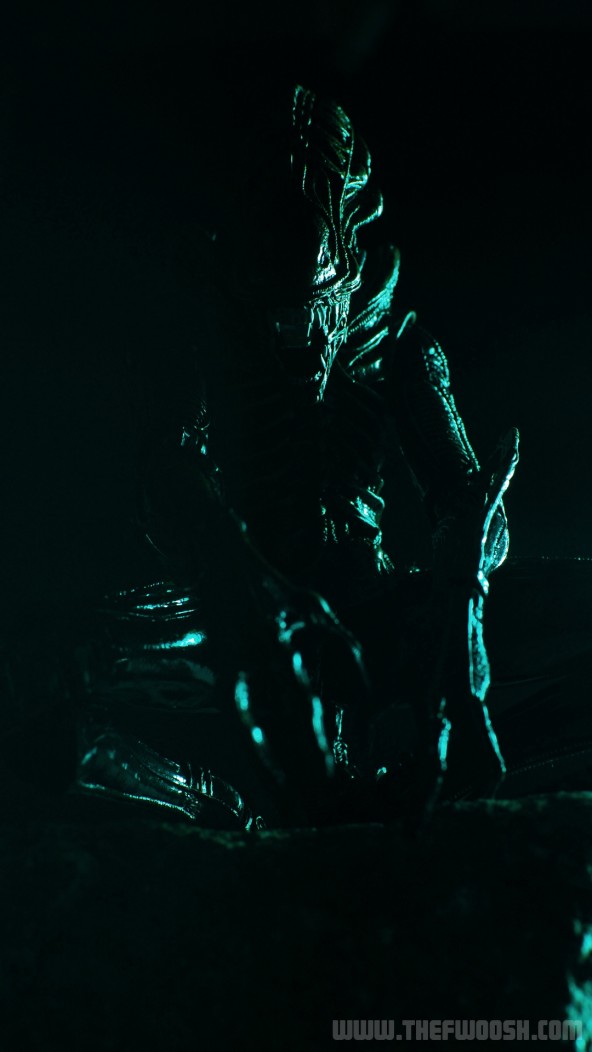 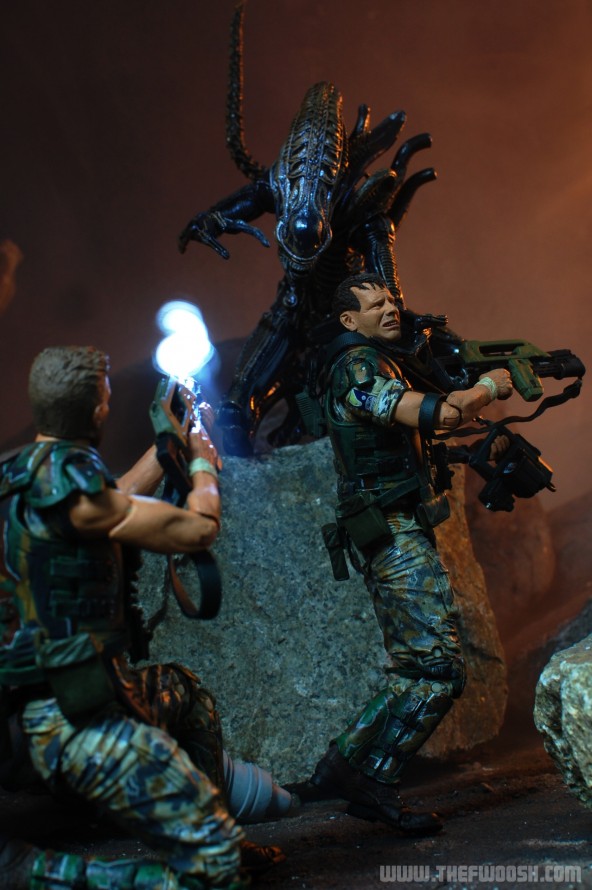 One of the cooler articulation points was the ball-jointed ankles on the Xeno.  They allow for deep squatting poses and are ratcheted with nubs that allow the joint to hold position.  Unfortunately, the lower knee joint on my Xeno is not tightly ratcheted and a little loose and does not hold poses as well as it could. 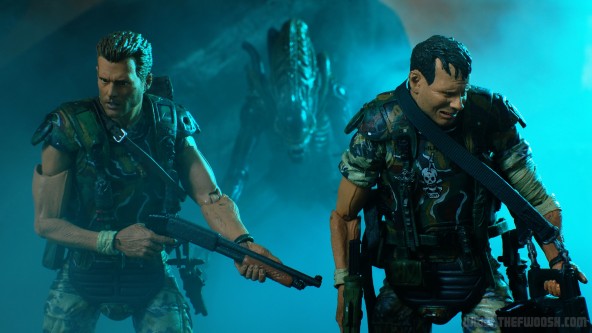 He does crawl and crouch better than any Xenomorph figure I’ve ever played with, so I am not too fussed about the looseness, but it’s worth noting. 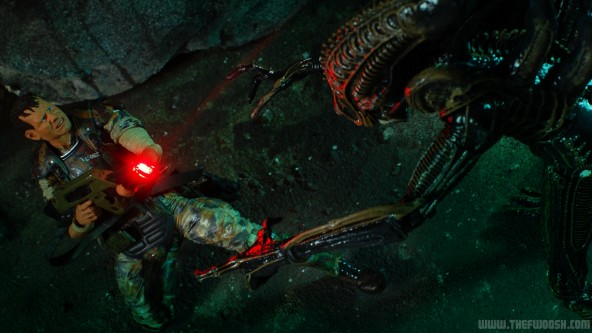 The Xeno is so poseable that I feel like I need about five more of this monster to make a giant display of these creatures crawling all over the place. 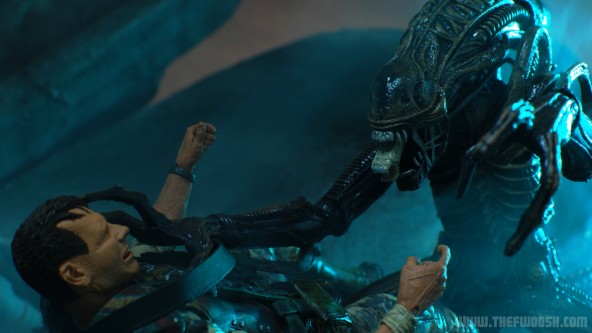 Paint is really nicely detailed on all the marine’s equipment, and there is nice weathering where appropriate.  I did have a couple of flaws on my figures, however.  Hicks has a big chip on his face and I think they forgot to paint my Hudson’s eyebrows.  Even with those noticeable flaws, they are still amazing figures, and it’s a testament to how great everything else is that I can forgive them.  I think I’ll probably paint Hudson’s eyebrows in at some point.  Hicks just looks like battle damage. 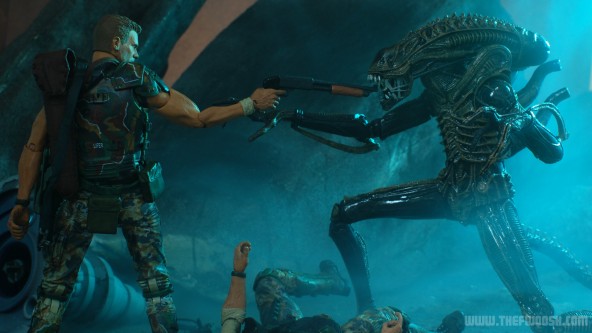 These are kick-ass figures, plain and simple.  I can’t wait to see what’s next from NECA in this line (I’ve read Alien Queen and Bishop are planned) and really hope they can somehow convince Weaver to allow them to make a Ripley figure. 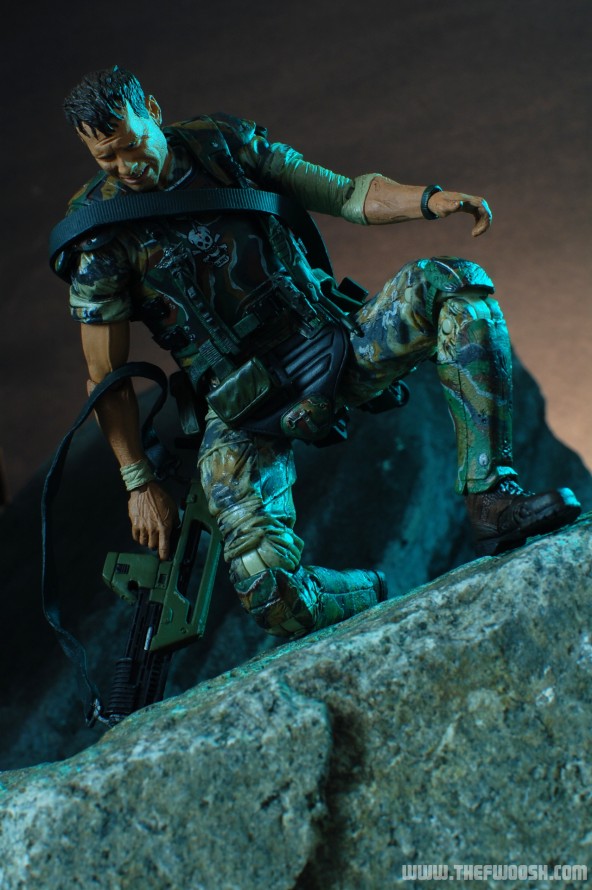