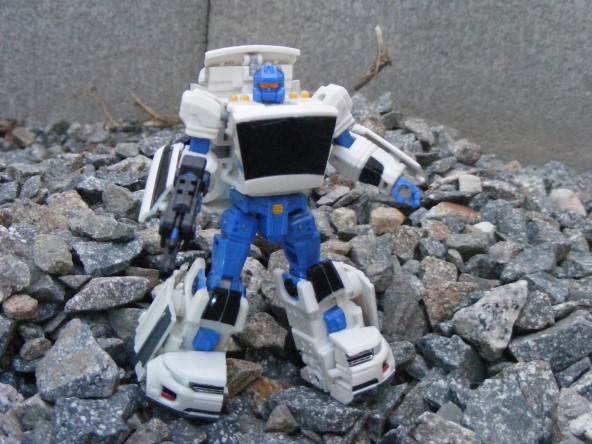 Recently, ToyWorld took a minute to update the Transformers community on some of the impressive stuff planned to come out this year.  They showed off a take on the IDW Optimus, another entry in their Headmaster series with Brainstorm, and reminded us that their Throttlebot homages are alive and well by showing TW-T03 Trace. 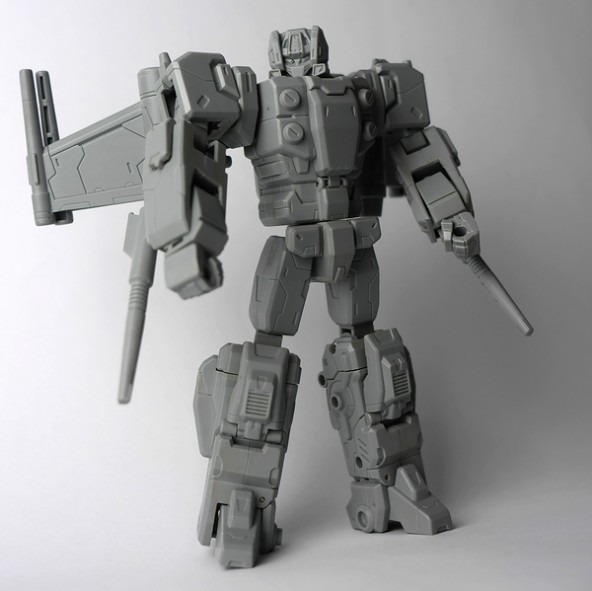 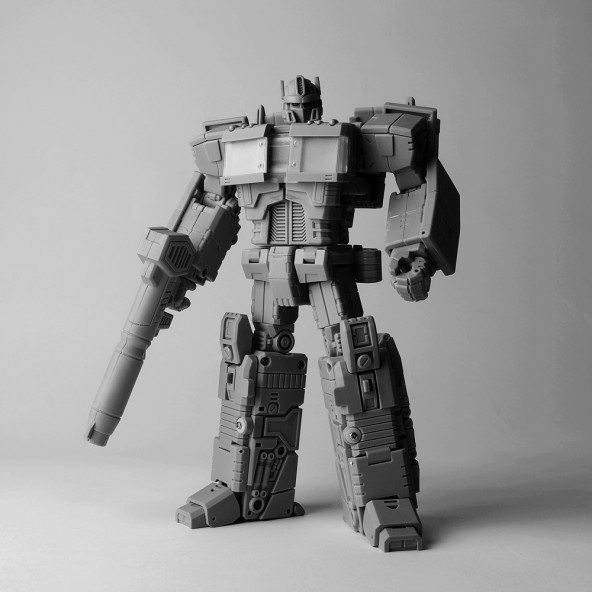 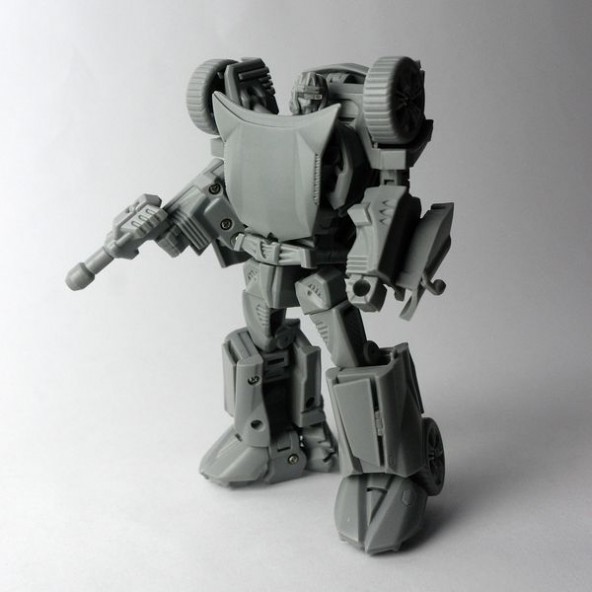 Good timing, that.  Because I had all but forgotten about TW-T02 here in the torrent of other stuff coming out. But Aurora is a slick little figure all his own, and as this team moves closer to completion, I think I would really regret missing out if I didn’t snag one when the getting’s good. 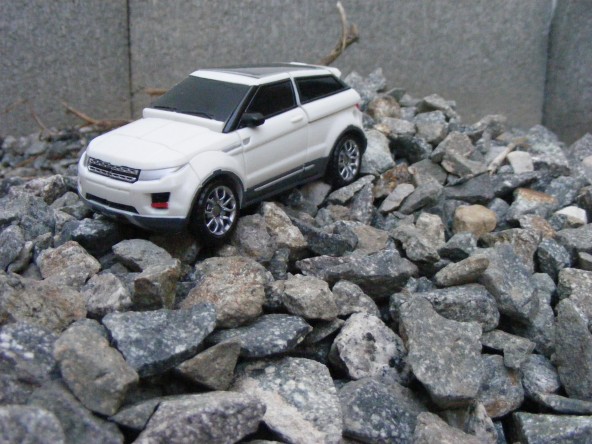 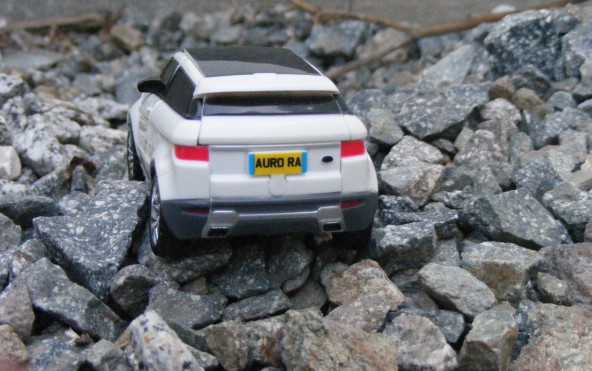 A lot of Aurora feels like familiar ground, which is good.  His alt-mode, a Land Rover Evoque, keeps with the overall size, style and quality of Grind Rod’s Jeep mode. I’m not sure how big the Rover is in person, but if it’s a smaller crossover, it probably scales decently with the other deluxe cars I own, being roughly as big as Classics Bumblebee.  Impressively, at no point does the white plastic on this mode feel plain or cheap, it has just enough of a pearl finish to it to feel significant. He also has a similar “foot mode” made by turning the grille up and standing him on end, if that is where this is indeed headed. 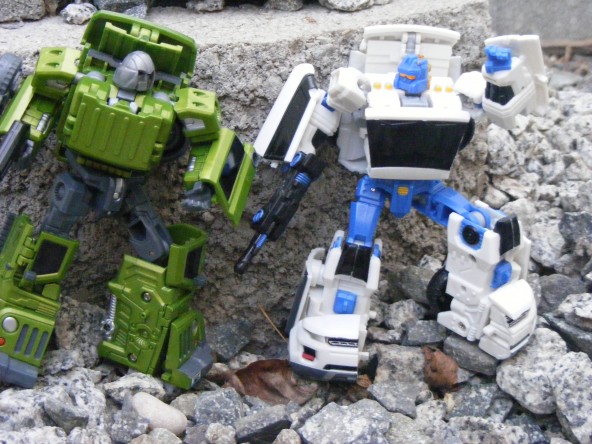 Transformation is still a little finicky, but similar enough to Grind Rod it’s getting familiar and easier to work through. I do like the alteration to the leg parts, though, with the panels folding just differently enough to change the styling a bit.  Like Grind Rod, Aurora seems none too concerned about having a decent place to slap an Autobot logo, leaving few undetailed or textured areas to do so. 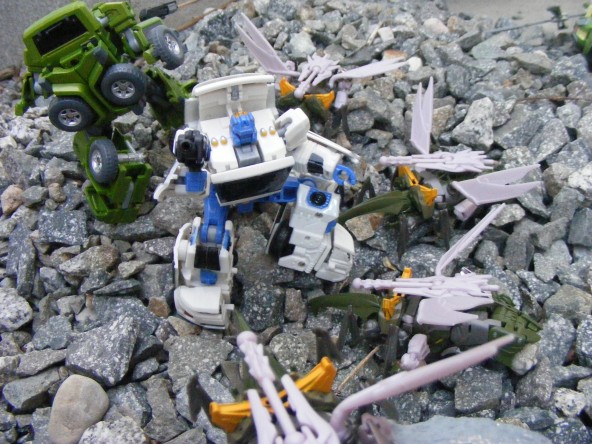 Articulation is just as good as TW-T01, with a little added ankle movement of sorts from the grille pieces. The only issue I see at the moment is what looks like stressing in the thigh-swivel pegs. It hasn’t been a problem yet, and might be nothing, but if they bust, I’m pissed.  And a little surprised because the plastic quality feels very high, like most of their releases. 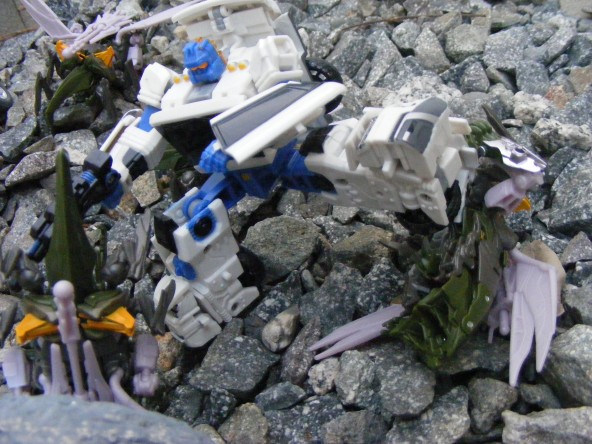 As I’ve mentioned before, while the Throttlebots are mostly not the mini-bots nearest and dearest to your heart, hence Grind Rod still has his Brawn head, the figures themselves easily outclass the other mini-bot offerings out there. This will continue to be a series to watch because as good as these are individually, if there really is a combiner payoff at the end, the first few will indeed become tough to get. 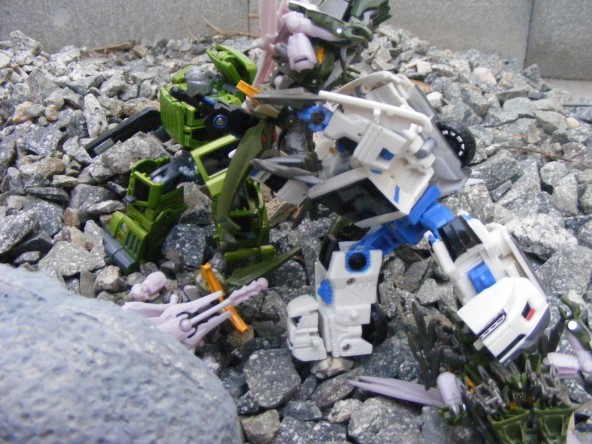 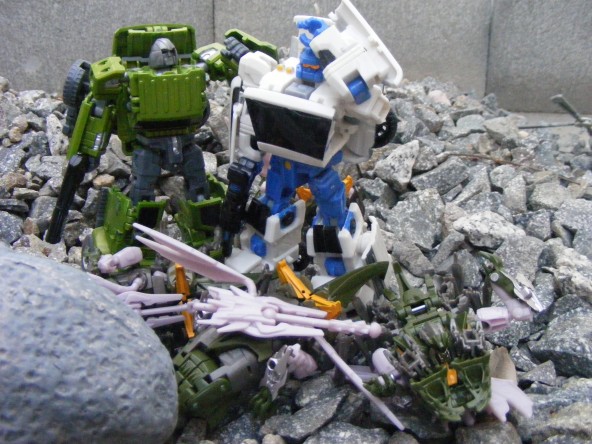