For all of you who nailed me on leaving the Hasbro Classic Iron Man out of my overview last week, this one is for you.

Extra swappable heads are nothing new in the world of action figures, but it took American companies a while to catch on. Hasbro flirted with the idea briefly in their 2008/2009 Marvel Legends two-packs. The trend only lasted two years, but in that time we did get some terrific new head-sculpts. The best of the bunch has to be Tony Stark. 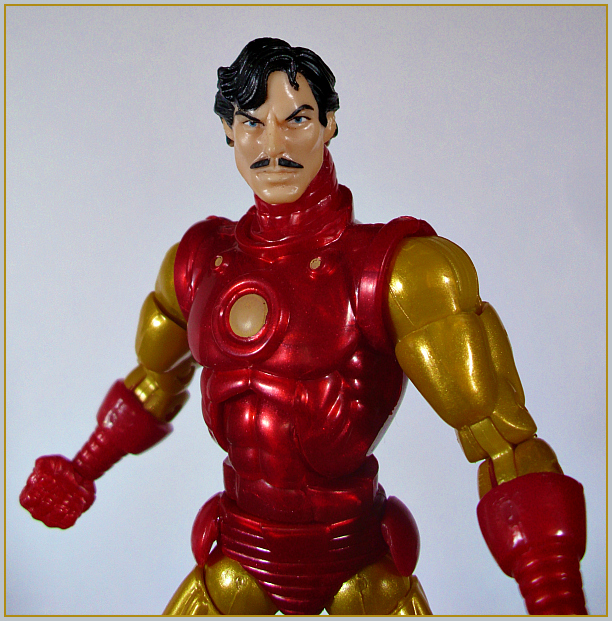 Iron Man shared his two-pack with a female S.H.I.E.L.D. agent. The figure is based on the “classic” armor that Iron Man wore for the better part of two decades, and it does a nice job representing it. It’s a little on the small side (his wrists are as thin as the lady S.H.I.E.L.D. Agents!), but, overlooking scale issues, it’s an impressive offering. The alternate head is a helmetless Tony Stark, and is clearly based on the artwork of longtime Iron Man artist Bob Layton. Whoever did the sculpt really paid attention to Layton’s style — the lantern jaw, the steely gaze, the arched brow, even the stray lock of hair across the forehead is there! 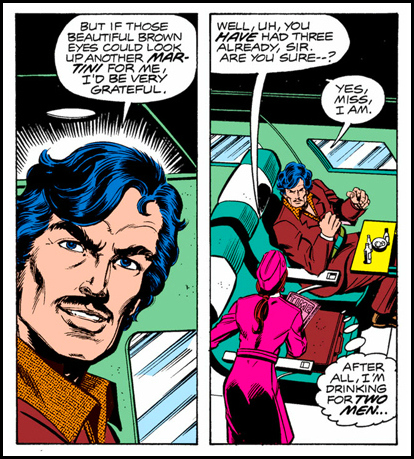 This is the first swappable Iron Man head we received in Marvel Legends, although Tony’s face had been seen as early as Toy Biz Series One. That version of the classic armor sported a removable faceplate, which was pretty cool, at least until you lost it. I’m happy to say that I’ve managed to hang on to mine over the years, but there’s always that fear it’s going to pop off and vanish down a heating grate. As far as the likeness goes, at the time it was decent, but the Hasbro head shows just how much better it could be. Still, the paintwork is nice. If the new head has one failing, it’s that it was molded in “flesh”-colored plastic, which lacks depth and photographs glossy. 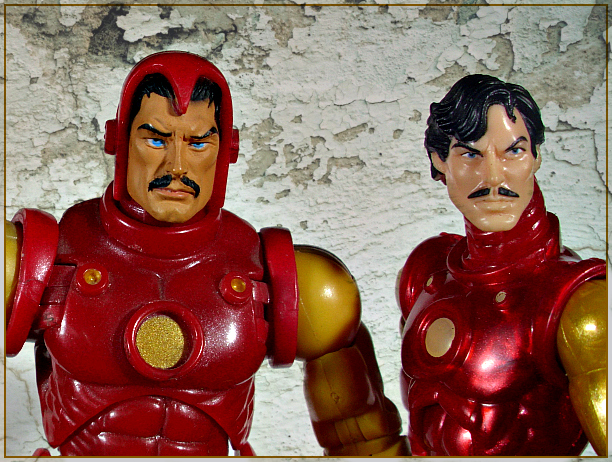 Despite the paint issue, this is still an amazing piece. Not only are all the details in place, the Stark attitude is there as well. The head has an almost unnatural presence — this is clearly the smartest toy on your shelf. The fact that the head is on the now-standard Hasbro “ball”-joint means that it has an impressive amount of play value, allowing you to get some good poses out of it. 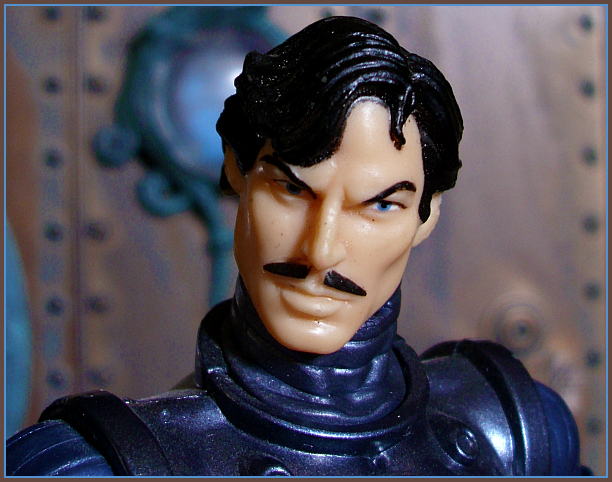 While the sculpt remains faithful to Layton’s art, it also has a realistic aspect to it as well. I see a bit of actor Timothy Dalton in the likeness — this head would make an excellent base for Neville Sinclair, the villainous matinee idol/Nazi spy Dalton played in The Rocketeer. 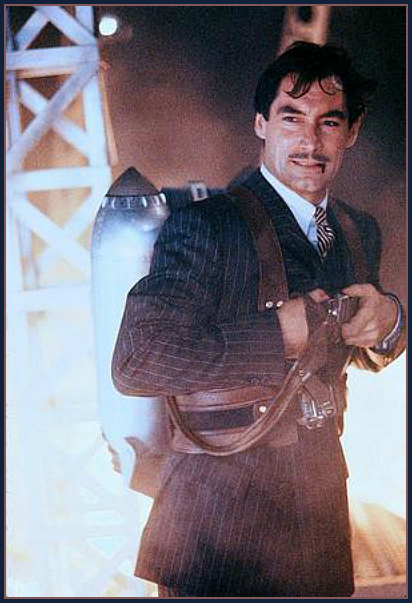 The head was issued only once, in the Hasbro Classic Iron Man/Female S.H.I.E.L.D. Agent Marvel Legends two-pack. Luckily for collectors, there were two chances to get it as Hasbro provided a variant set. The only difference in the S.H.I.E.L.D. agent was that her heads were painted as opposed to being molded in flesh-tone. Tony’s armor, however, was repainted a cobalt blue to represent the Stealth Armor, which was a big deal when it debuted waaay back in Iron Man #151. Toy Biz had also done the Stealth Armor repaint as a running change, but Hasbro’s offering was much easier to get. 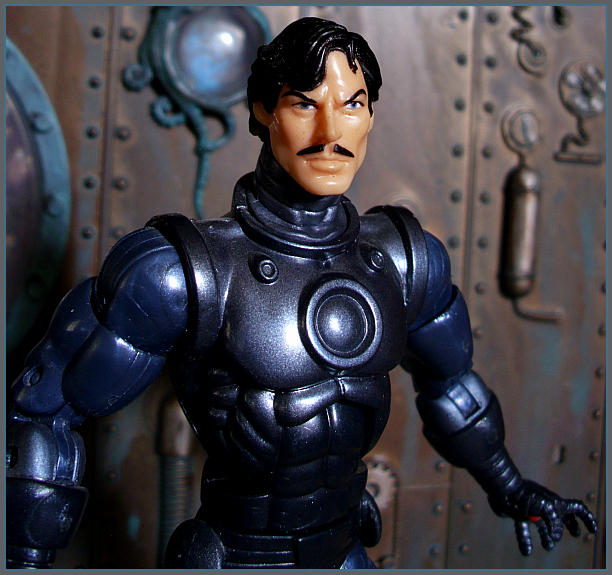 As I said earlier, the proportions of the Hasbro figure are skewed towards the tiny side. It’s simply too small to fit with existing Marvel Legends figures. It’s never been explained as to why the figure is so diminutive — was there a sizing issue during tooling, or was the figure always teen-sized? It’s not a DCUC Wave two Sinestro-level goof, but it does hold the figure back from being perfect. Happily, the head is removable. 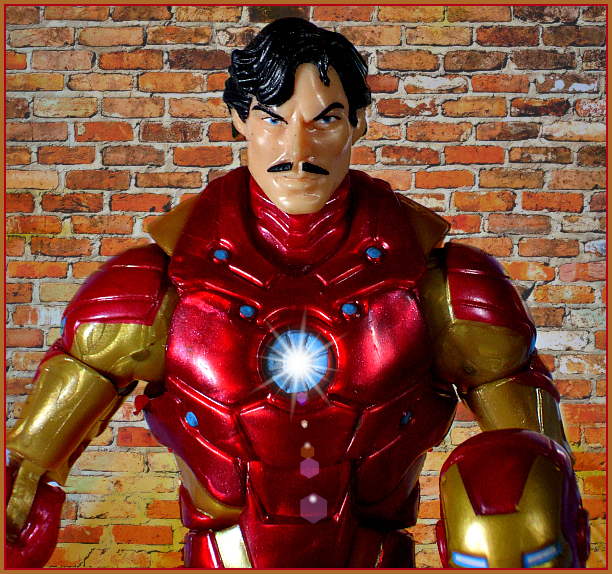 As you can see, the head looks great on the new “Marvel Now” armor. It sits nicely on the neck and its proportions are believable next to the “helmet.” It’s a shame Hasbro didn’t pack it with this figure — after all, it’s already sculpted, the pegs are compatible, and throwing it in would have added a sense of value to the purchase. A smart toy company might even reissue it on a suited body to provide the classic Tony Stark figure we’ve been waiting years for. 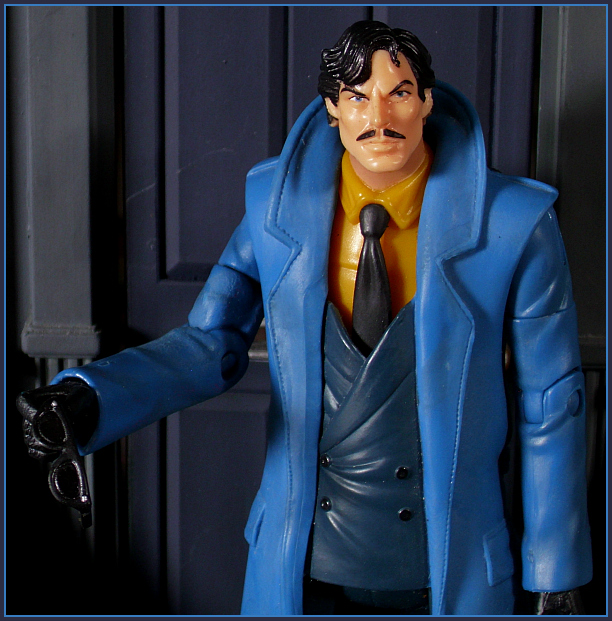 I know, this isn’t it. What can I say? I didn’t have any other suited bodies handy — this write-up was kind of a spur-of-the-moment thing. But you get the idea. The Tony head looks good on lots of bodies. Suited ones make sense, but why stop there? 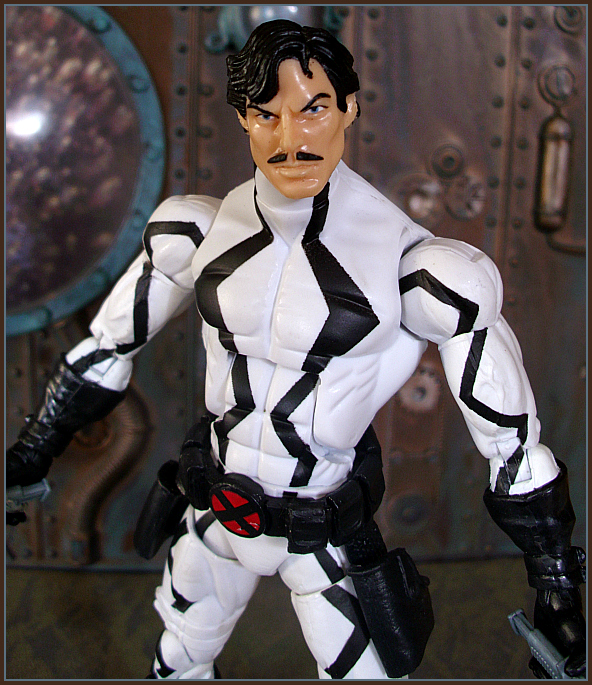 Tony, an X-Man? I guess it had to happen sooner or later. I had a lot of fun with this combo — the lean but muscular physique makes for a believable Tony, and it’s pretty cool to see him brandishing hi-tech firearms. I wanna paint him blue and make “Stealth Tony.” Hey, he’s gotta get out of that armor sometime. Speaking of which… 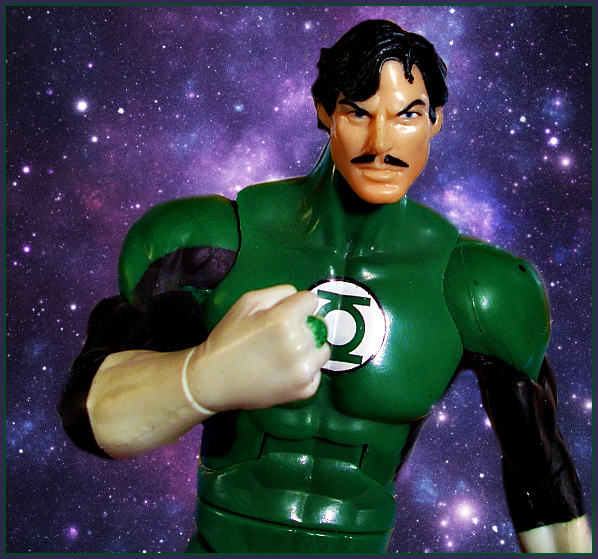 Somebody get MKUltra on the line. As you can see, Tony’s channeling his formidable will into a power ring. His armor is going to be insane now that he can build anything he can think of! Just keep him away from green liquor. All joking aside, though — imagine if Mattel got on the ball and gave us a comic-styled Bruce Wayne. Heck, even if they just got us a head, it would add so much to the “play value” of the typical Batman action figure. Sadly, it seems the days of getting nifty pack-in extras like this are at an end, but at least the Marvel heads are out there. If you don’t have one and are an Iron Man or Avengers fan, Tony is well worth tracking down. 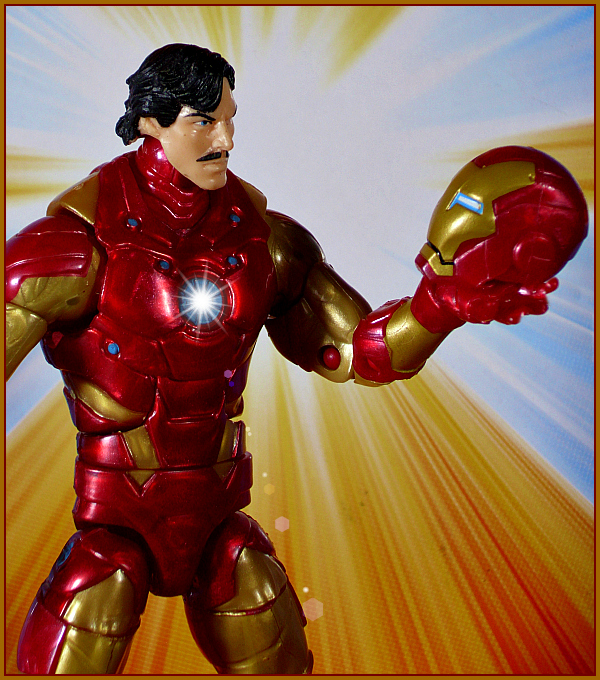